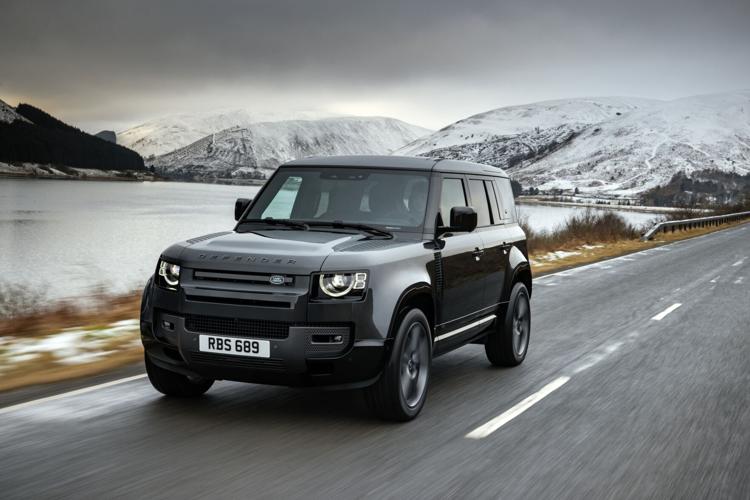 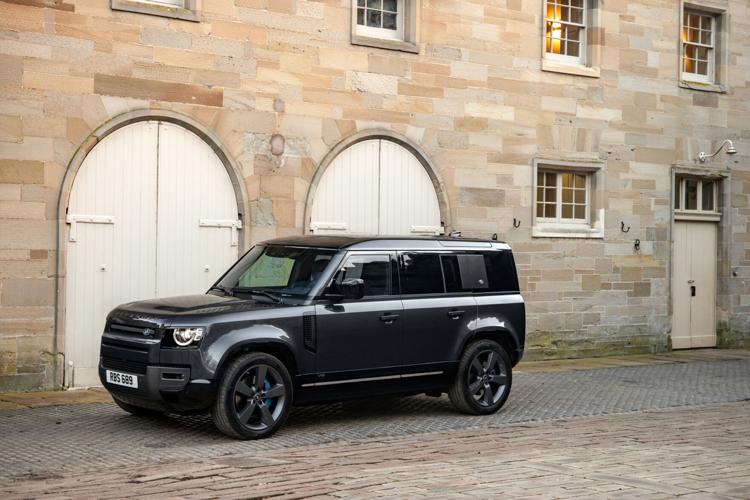 The 2022 Land Rover Defender has as much as 11.5 inches of ground clearance and will go through nearly 35 inches of water. Nick Dimbleby/Land Rover/TNS

The 2022 Land Rover Defender has as much as 11.5 inches of ground clearance and will go through nearly 35 inches of water. Nick Dimbleby/Land Rover/TNS

Americans and Brits have always had a love-hate relationship. Yet for well over a century, fortunately, the predominant mode has been mutual affection, interlaced with a great deal of mutual imitation.

Sometimes imitation doesn’t work out so well (e.g., all those pseudo-Cotswold cottages cluttering American cul-de-sacs). Other times it succeeds brilliantly, as in the Brits’ reinterpretation of the good old American Jeep in the form of the Land Rover Defender.

From its introduction in 1948 through 2016, the Defender didn’t change much, mainly due to Rover’s lack of cash. This led people to lionize it as a classic, when what it was, really, was archaic. Grown men wept when Land Rover yanked the Defender from the market in 2016 — and some still do even though the Defender was reintroduced in 2020 in a far more modern form.

The 2022 Land Rover Defender respectfully acknowledges its forebears but is not held back by them. It doesn’t look like something designed 60 years ago. It’s modern and rugged yet refined. With as much as 11.5 inches of ground clearance, it will go through nearly 35 inches of water — that’s more than a Jeep Wrangler. Its off-road agility and comfort are admirable, which you’d expect that from this off-road warrior. What you may not anticipate is how incredibly civilized it is once you return to the urban jungle from the primeval one.

The automaker accentuated the point during August’s Monterey Car Week in California, a series of events for the motor-obsessed that includes vintage racing, car shows and automotive auctions that invite the rich to spend too much on cars, cuisine and cocktails. It also attracts automakers like ants to a picnic.

To accentuate Land Rover’s exclusivity during Monterey Car Week, the company rented a 7,800 square-foot home overlooking Monterey Bay, just down the street from Brad Pitt’s residence. Painting a portrait of a Land Rover customer’s lifestyle, the refuge enticed existing and potential customers with an oasis of calm, one filled with yoga classes, massages, fine wine and coffee served in mugs with lithium-ion batteries to keep it warm.

To accentuate the point, the automaker unveiled the 2023 Range Rover SV Carmel Edition, one of 17 units that will cost $345,000. With four seats and livery created by the company’s SV Bespoke division, there’s no doubt it will please its pampered buyers. Its most notable feature are front seats that differ in color from the rear seats.

Novel? Sure. But the Land Rover Defender I was driving that week felt more approachable.

Better yet, it was equipped with the 518-horsepower supercharged 5.0-liter V-8 also found in the Range Rover and Range Rover Sport. A new engine option for 2022, it transforms the Defender into a true on-road combatant. Offered in two-door 90 or four-door 110 models, the Defender can also be fitted with a 296-horsepower turbocharged 2.0-liter four-cylinder or a 395-horsepower 3.0-liter inline-six mild hybrid system. Base suspension is coil springs, but the Defender V-8’s adaptive air suspension makes it just as at home carving the curves of Big Sur as it is tromping across a gentleman’s farm.

And its interior comfort is surprising for a vehicle with such a resolute outdoors attitude. Well assembled and sober in demeanor, the Defender’s comfort is superb, rewarding long trips in the saddle with both comfort and support. The test vehicle had the optional 11.4-inch Pivi Pro touchscreen with an infotainment interface that’s intuitive to use, and a navigation system that worked well. There’s more wind noise than you might expect, and you will find a bit more vertical motions than you might otherwise anticipate, but chalk it up to this ride’s off-road chops.

Its real-world civility as traffic clogs on the Monterey Peninsula was unforeseen but welcome. It makes the 2022 Land Rover Defender V-8 a perfect vehicle for Britain’s former colony with crumbling infrastructure and truculent inhabitants. Prices starts at $104,200, a substantial premium above the base Defender’s $48,700 starting price.

Consider it the ideal lifestyle accessory for your suburban Cotswold country cottage.