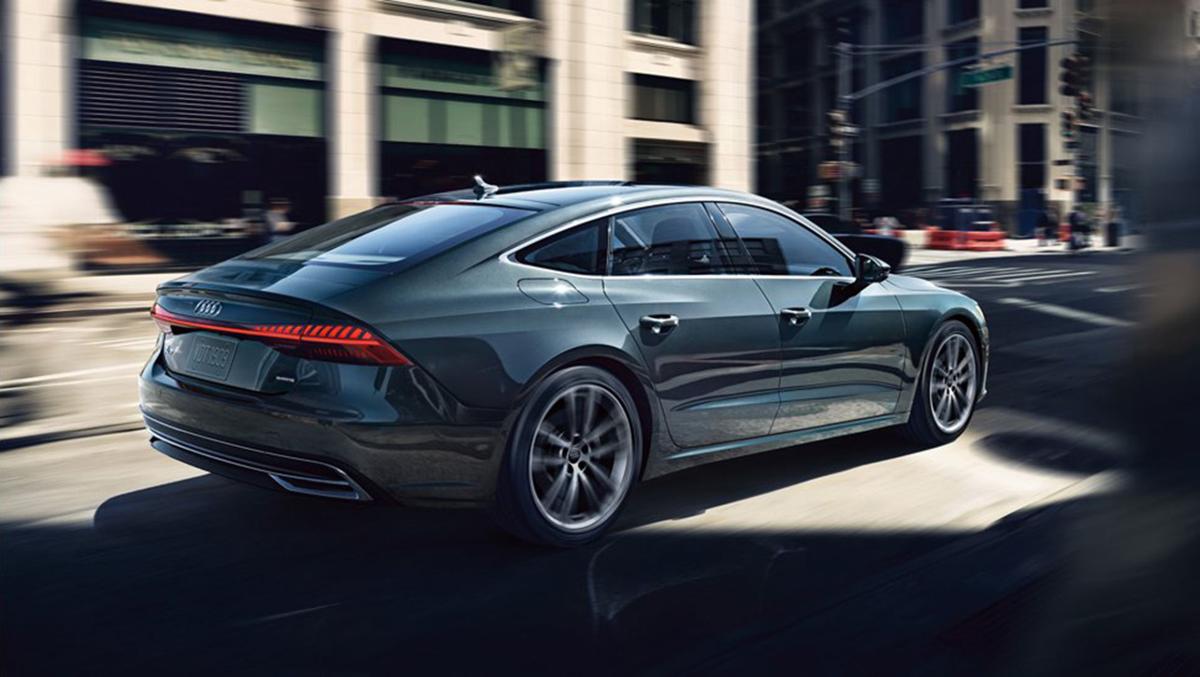 Design changes to the 2020 Audi A7 include rear LED lighting that now spans the width of the body. Audi also raised the rear deck by over an inch. Audi 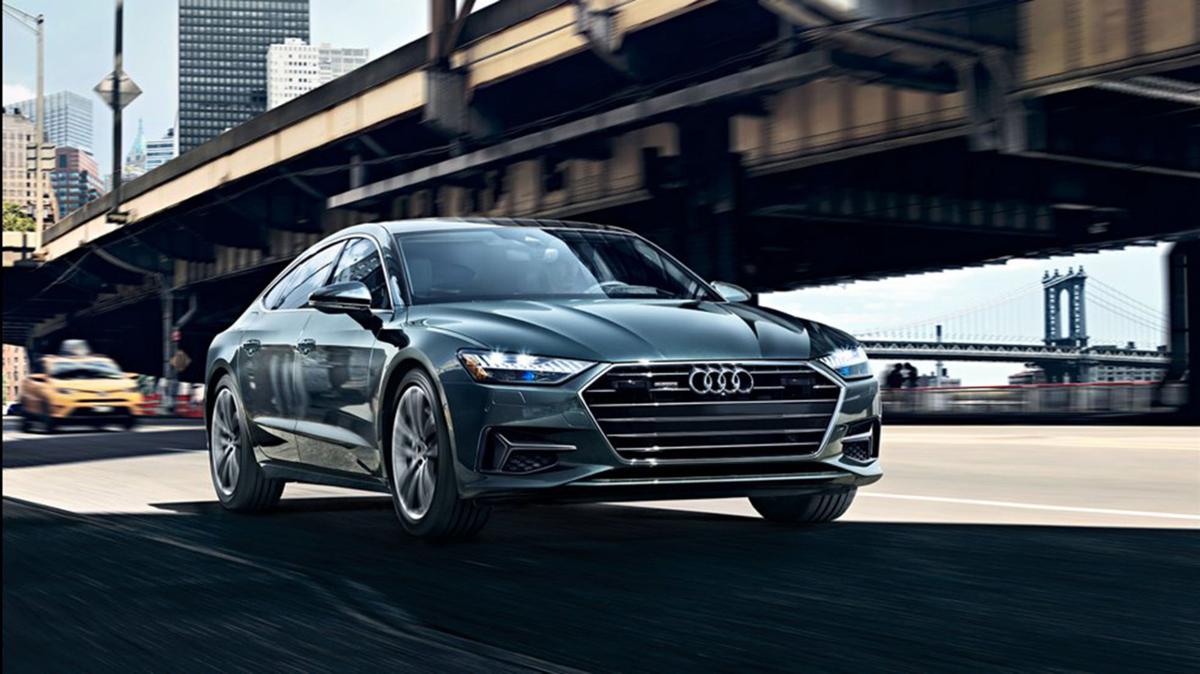 The 2020 Audi A7 a new all-wheel-drive system called Quattro Ultra that uses sensors and cameras to anticipate changing conditions and make adjustments before you get there. Audi 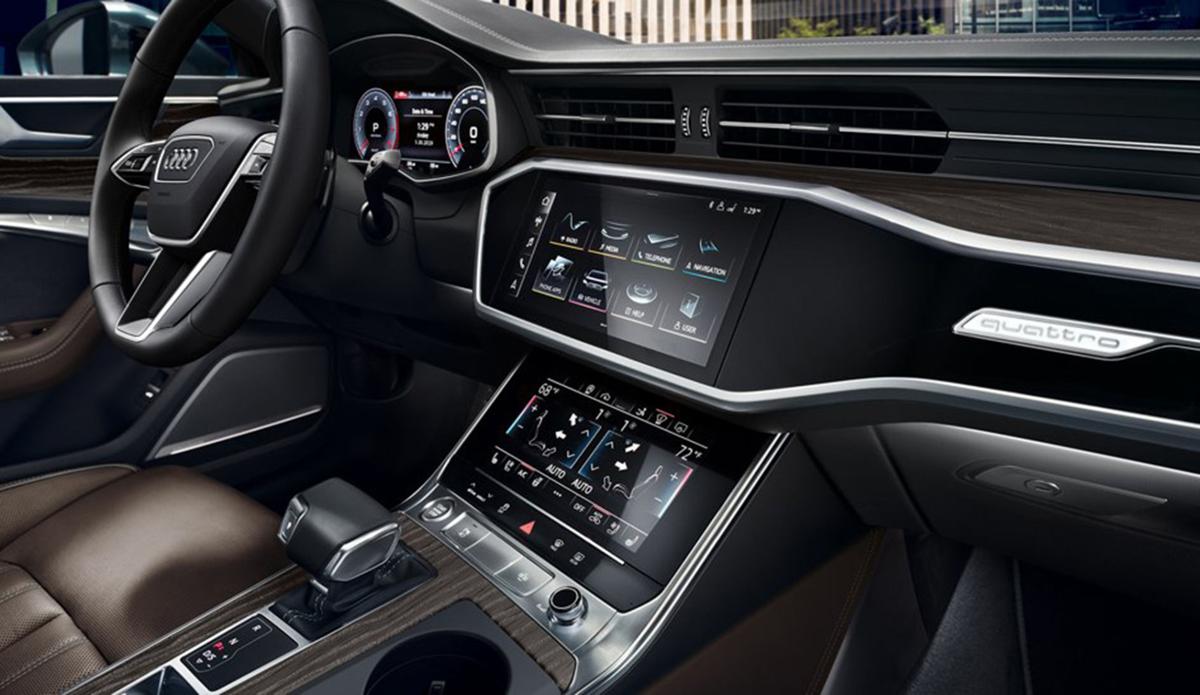 The 2020 Audi A7 Premium Plus, gets seats with cooling, heating and massage functions. Audi

Design changes to the 2020 Audi A7 include rear LED lighting that now spans the width of the body. Audi also raised the rear deck by over an inch. Audi

The 2020 Audi A7 a new all-wheel-drive system called Quattro Ultra that uses sensors and cameras to anticipate changing conditions and make adjustments before you get there. Audi

The 2020 Audi A7 Premium Plus, gets seats with cooling, heating and massage functions. Audi

Do you live for the what’s next in automotive technology? Or is the high-tech world in high gear while you seem to be stuck in park?

Either way, fasten your seat belts for the second-generation Audi A7 with its mind-blowing advanced technology inside and out, from cockpit graphics to drive wheels and steering controls.

We’re talking about a new 12.3-inch virtual cockpit with a sharper, 3D look; a new multimedia interface with haptic feedback (and it can receive text inputs drawn by a finger); a new all-wheel-drive system called Quattro Ultra that uses sensors and cameras to anticipate changing conditions and make adjustments before you get there. It even issues warnings of intersection hazards in advance.

The second-gen was officially launched for 2019 but the 2020 A7 adds some new options and features — Amazon Alexa integration is now standard.

The A7 retained its sleek fastback profile made possible by a sloping rear hatch. Design changes included thinner LED headlights and a broader trapezoidal grille. Rear LED lighting now spans the width of the body, and Audi raised the rear deck by over an inch.

The midsize luxury car gets a 3.0-liter V-6 engine, like the first generation, but it’s been reengineered for more power. This time it is turbocharged, not supercharged, and it pumps out 335 horsepower and 369 pound-feet of torque. That tops the supercharged version by 29 horses and 44 pound-feet. With a 7-speed dual-clutch transmission doling out the power, the A7 sprints to 60 mph — rather elegantly — in 4.9 seconds.

For a more spirited drive, use the paddle shifters and switch to Dynamic mode to tighten steering and suspension. A rear wing rises at 60 mph but it can stay up at all times if you want.

The A7 is well poised on curves and ride quality is superb. Credit the driving dynamics to a new available suspension that includes all-wheel-steering. The setup improves stability at higher speeds and maneuverability at lower speeds, plus it trims the car’s turning radius by 3.6 feet for easier U-turns.

Audi’s Quattro Ultra AWD system withholds power to the rear wheels until it anticipates — via sensors — that there’s a need for it. That contributes to improved fuel economy, too: A7 managed an impressive 30 mpg on the highway, 23 in town.

Helping in fuel efficiency is a mild-hybrid system: It’s a 48-volt setup with a battery, fixed under the rear cargo floor, to power the start-stop system.

The beautifully crafted flagship, the A7 Premium Plus, gets seats with cooling, heating and massage functions. Comfort, fit and stitching are top-shelf. Seating is for four or five depending on the rear configuration chosen. Headroom and legroom are plentiful in front, but the sloping roof is restricting for taller folks in the rear seat.

Behind the sporty flat-bottom wheel is a virtual cockpit displaying configurable digital gauges across a 12.3-inch screen. It also can convert to a large Google map for navigation. A head-up display with key driver data is standard.

Saving the best for last, the infotainment system is amazing. Audi scrapped the dash-mounted screen and now uses dual high-definition touchscreens, a 10-incher on top, 8.6 below, in the center stack and angled toward the driver. They offer haptic feedback which provides a pulsating feel when pushing buttons. It also allows you to use your finger on the lower screen to spell out a command.

Better yet, give it a voice command: Tell the system to reduce the interior temperature — done. Or tell it you’re hungry and it will offer restaurant suggestions. Or make a music selection to turn on the Bang & Olufsen sound system.

Advanced technology extends to safety, too, including a steering intervention that was added to active cruise control. Another, Turn Assist, helps keep the A7 in its lane on left turns. Intersection Assist alerts the driver of hazards waiting at an upcoming intersection. Vehicle Exit is another clever advancement: It prevents occupants from opening a car door for several moments if it senses approaching traffic. That one will catch on in the industry.

A7’s cargo space is a highly usable 19 cubic feet thanks to the hatchback style. Fold the rear seats to open up 49 cubic feet.

Yes, it’s always risky to mess with a great formula but Audi couldn’t go wrong with more power, a better AWD system and dazzling technology. And, for the technologically challenged, just take a deep breath. You can do it.

Barry Spyker was the automotive columnist for The Miami Herald and editor of its Wheels & Waves section. Readers may send him email at spy2351y@ahoo.com.