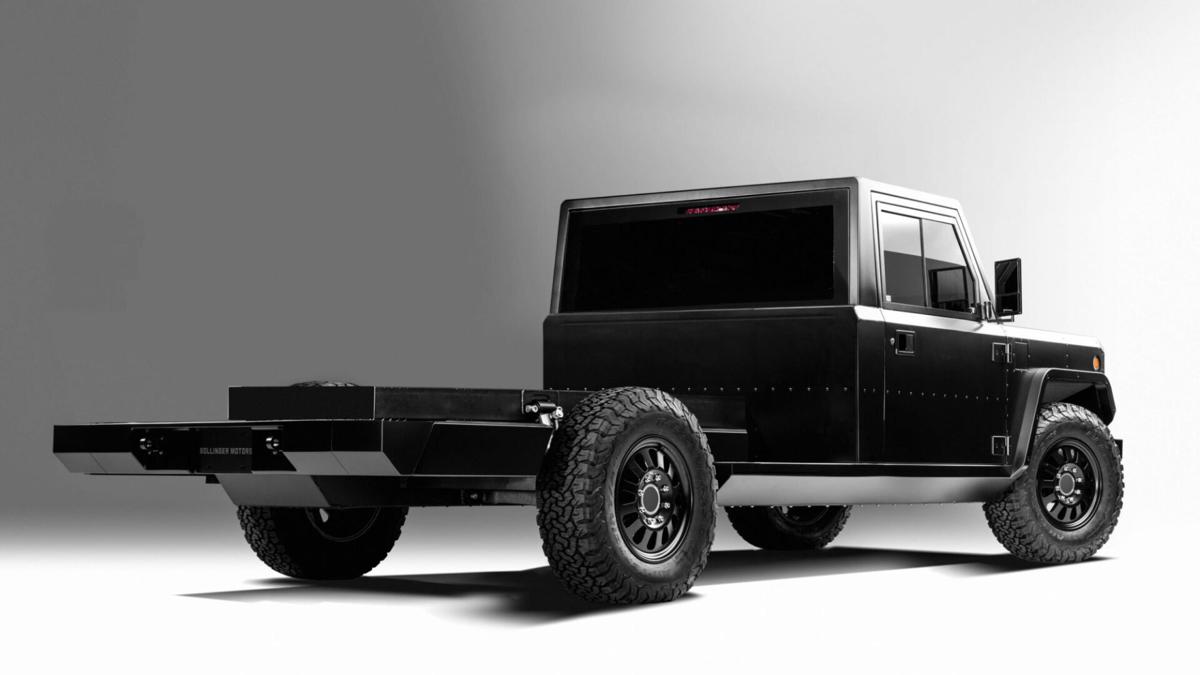 The B2 CHASS-E pickup. Bollinger Motors 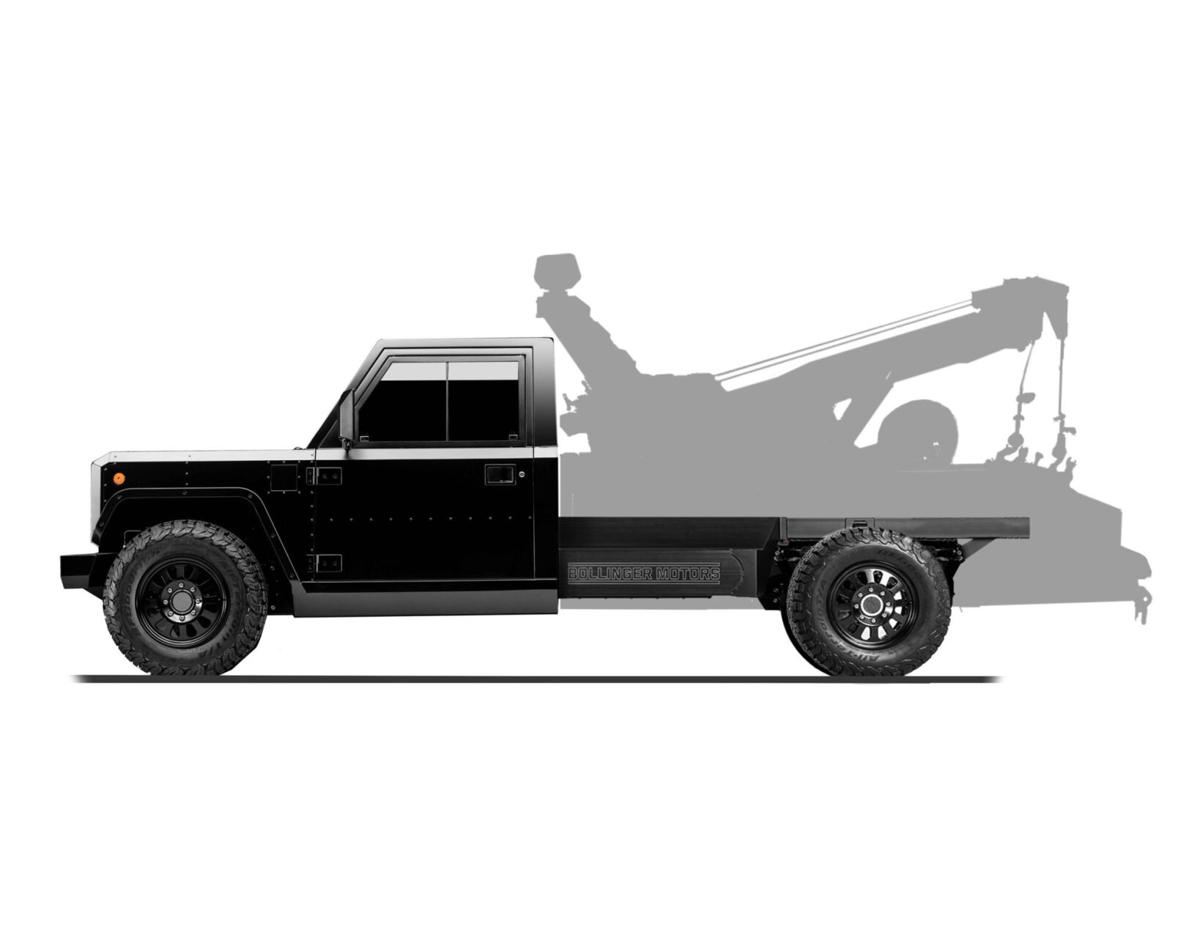 An illustration of the B2 CHASS-E pickup with towing equipment attached. Bollinger Motors

The B2 CHASS-E pickup. Bollinger Motors

An illustration of the B2 CHASS-E pickup with towing equipment attached. Bollinger Motors

Electric auto startup Bollinger’s B1 SUV and B2 pickup are among the highly-anticipated crop of electric pickups scheduled to come to market in the next year. The pricey, $125,000 vehicles promise unique hauling capabilities as well as competitive towing and horsepower numbers compared to traditional petrol-powered trucks.

But Bollinger also needs to put food on the table to sustain its Oak Park-based operation.

“There’s nothing on the market, or in development, like our all-electric Class 3 work trucks,” said Bollinger CEO Robert Bollinger today at the National Truck Equipment Association’s Work Truck Week. The NTEA is the trade group for the work truck industry. “We’re proud that the B2CC is the only Class-3 electric chassis cab in development. With our new RWD and Dual RWD variants, we’ll be able to offer a whole range of options to commercial fleets looking to electrify.”

Beefy Class 3 trucks are prized in the field for their hauling capabilities with Gross Vehicle Weight Ratings (GVWR) of between 10,001 — 14,000 pounds. That is, the total weight of a truck, plus passengers, fuel, and payload. By contrast, the best-selling retail truck, the Ford F-150, is a Class 2A beast with GVWR up to 8,500 pounds. The F-150’s big-boned brother, the F-350, is a Class 3 truck.

Rivian has drawn the biggest commercial-truck headlines after Amazon announced plans to put 100,000 electric delivery trucks on the road by 2024. The bulk of those e-orders are expected to come from Plymouth-based Rivian where Amazon has invested $700 million. Amazon’s delivery vehicles have a Class 2b GVWR rating of up to 10,000 pounds.

Electric vehicles face enormous challenges in the retail market — they are less than 2% of sales today — but advocates believe commercial fleet networks are key to building out the electric charging infrastructure necessary to reduce range anxiety. EVs typically have much less range than comparable gas-powered cars and thin re-fueling infrastructure.

Amazon currently has about 30,000 of their ubiquitous, gray, gas-powered delivery trucks on the road.

Bollinger has said that COVID has been a challenge to product plans but that production is slated to begin later this year. Work truck deliveries are slated for 2022, and will dovetail with deliveries of the retail trucks which have been on order at BollingerMotors.com.

Bollinger announced an updated design for its B2 pickup in December with its signature pass-through cargo area. With the batteries in the floor, and twin tailgates at the front and rear of the vehicles, owners can pass, for example, long pieces of lumber through the B2 cabin.

“With our additional drive options, we’ll be able to provide work-truck solutions to every industry,” said Bollinger. “The significantly lower total cost of ownership for the RWD (model) makes it the best option for any fleet.”