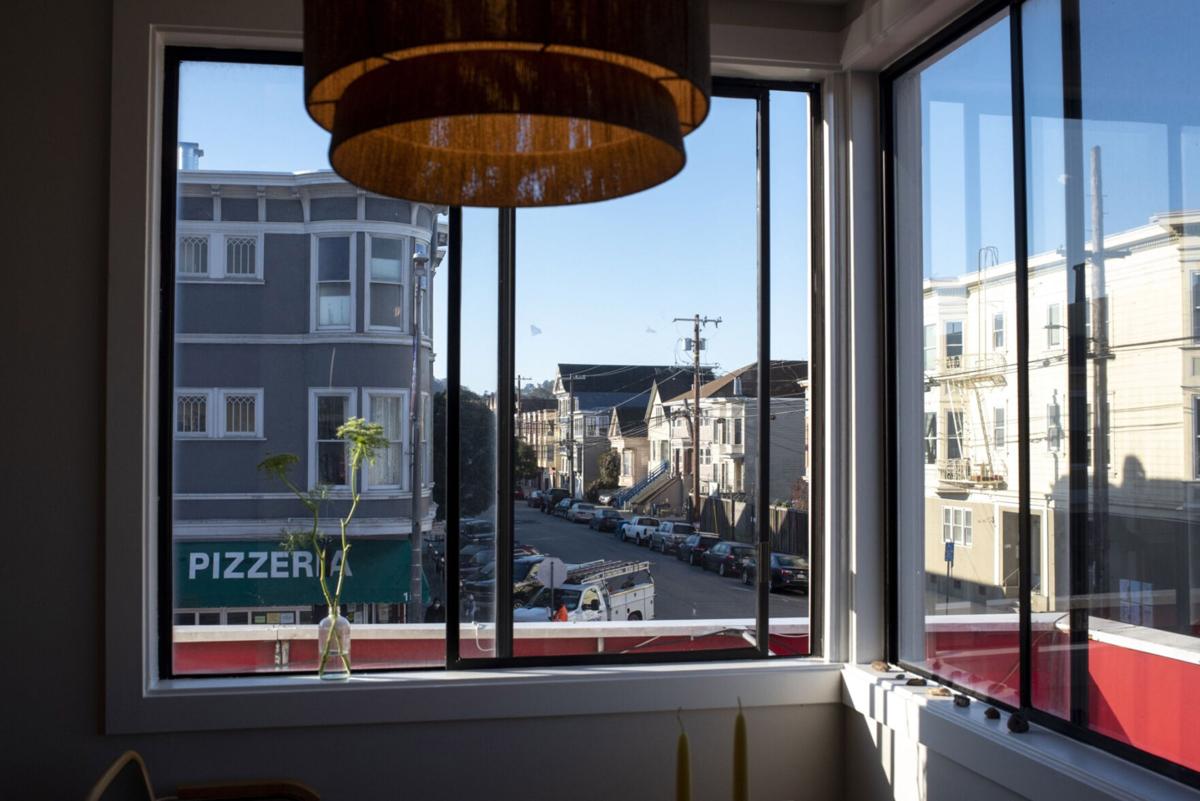 The view from an apartment in the Richmond neighborhood of San Francisco on March 12. Rents on newly signed leases surged 17% in July when compared to what the prior tenant paid, reaching the highest level on record, according to RealPage. Marlena Sloss/Bloomberg 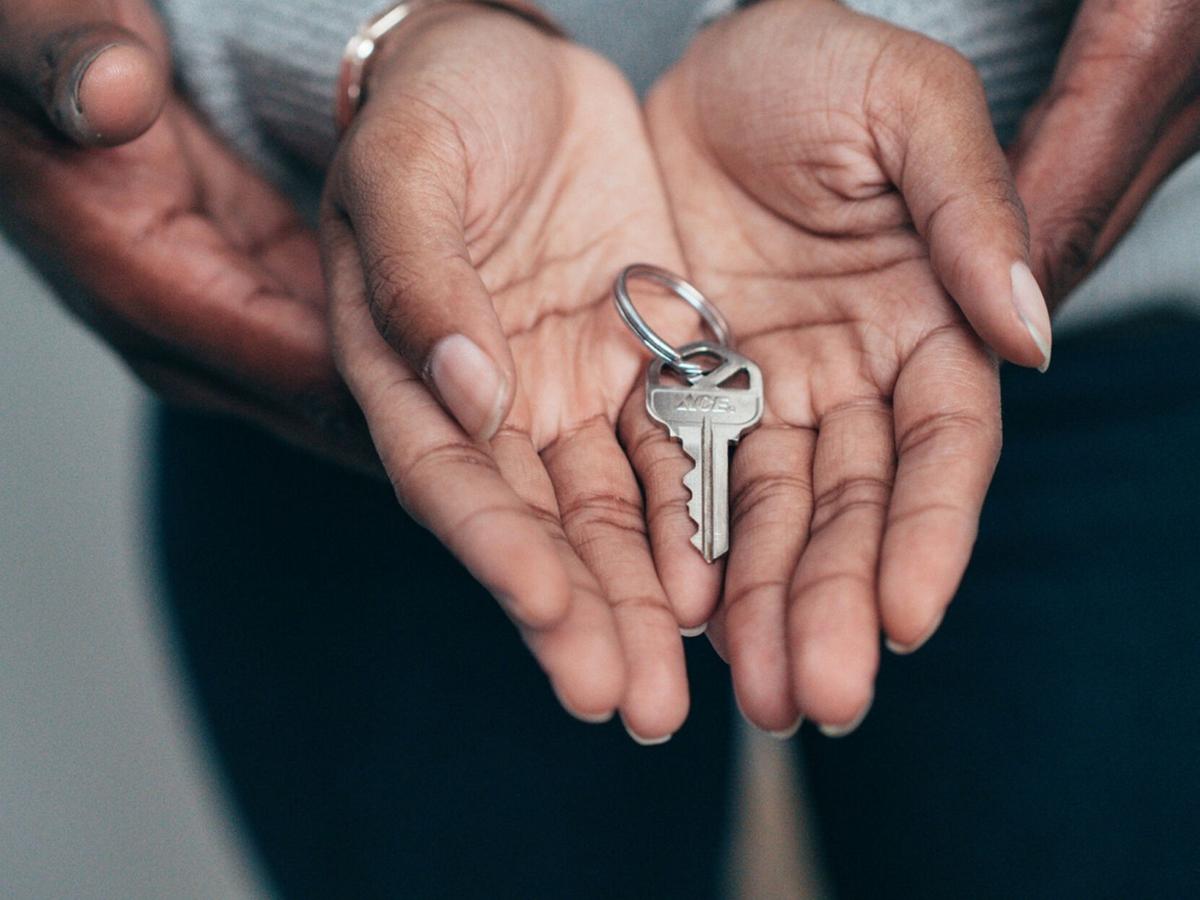 After weakening early in the pandemic as the economy faltered and young people rode out lockdowns with family, the rental market is now seeing record demand. Pexels

The view from an apartment in the Richmond neighborhood of San Francisco on March 12. Rents on newly signed leases surged 17% in July when compared to what the prior tenant paid, reaching the highest level on record, according to RealPage. Marlena Sloss/Bloomberg

After weakening early in the pandemic as the economy faltered and young people rode out lockdowns with family, the rental market is now seeing record demand. Pexels

Soaring prices. Competition. Desperation. The dramatic conditions for U.S. homebuyers during the past year are now spilling into the market for rentals.

Landlords from Tampa, Fla., to Memphis, Tenn., and Riverside, Calif., are jacking up rents at record speeds. For each listing, multiple people apply. Some renters are forced to check into hotels while they hunt after losing out too many times.

“Any desirable rental is going within hours, just like the desirable sales,” said Shannon Dopkins, a Realtor in Tampa. “One woman passed on a place that was beat up with water damage. Somebody else decided to rent it.”

After weakening early in the pandemic as the economy faltered and young people rode out lockdowns with family, the rental market is now seeing record demand. The number of occupied U.S. rental-apartment units jumped by about half a million in the second quarter, the biggest annual increase in data going back to 1993, according to industry consultant RealPage Inc. Occupancy last month hit a new high of 96.9%.

Rents on newly signed leases surged 17% in July when compared to what the prior tenant paid, reaching the highest level on record, according to RealPage.

The gains reflect competition for a resource that’s getting ever-more difficult to obtain: somewhere to live. With prices soaring in the for-sale market, and bidding wars proliferating, would-be buyers on the losing end are being forced back into rentals.

At the same time, young Americans looking for their first apartment are competing with others who delayed plans because of COVID-19. Remote workers — and their high paychecks — are on the move to lower-cost areas. And small single-family home and condo landlords, tempted by high prices, are cashing out, leaving their tenants desperate for another place.

“The entire housing market is on fire, across the board from homeownership to rental, from high-end to low-end, from coast to coast,” said Mark Zandi, chief economist for Moody’s Analytics. “It’s a basic need but it’s increasingly out of reach.”

Eviction bans also are playing a role in keeping the market tight, because about 6% of tenants are normally forced to vacate each year. Zandi estimates the country’s shortage of affordable rentals is the worst since at least the post-World War II period.

Developers are adding new supply. But in the short run, the squeeze will have economic consequences because workers can’t easily move for jobs and will have less to spend on things other than housing. Soaring rental costs also are a contributor to the Federal Reserve’s inflation expectations.

They may not yet be accurately reflected in some measures. Owners’ equivalent rent of residences, which makes up almost a quarter of the consumer price index, rose 2.4% in July from a year earlier. That figure “lags the reality” because it’s based on a survey of homeowner expectations about what their home would rent for, Zandi said.

Rents are rising most for those who sign new leases. But even people renewing them are getting sticker shock. Carmen Santiago, a dental assistant who was paying $1,479 a month for a two-bedroom apartment in Tampa, gave notice to her landlord in March after the rent jumped by $300.

The mother of two then racked up more than $1,000 on non-refundable application fees that she handed to about 10 landlords, sometimes getting in line without even seeing the properties first. A couple days before her lease expired in June, Santiago took a last-ditch drive. She visited five apartment complexes, all filled. The sixth, a vast complex with 22 buildings, had one unit available.

The two-bedroom cost more than $1,900 a month, including a mandatory cable bill — more than Santiago would have paid if she renewed her old lease. She could hardly afford it but took it before it was gone.

“I didn’t know how hard it was to find something,” Santiago said. “Looking back, maybe I should have stayed.”

Dopkins, the Tampa rental agent, said she recently represented a woman who had to shelve her plans to move there for her job. After exhausting her relocation package on rental-application fees, the client is now planning to commute two-and-a-half hours from her home in Ormond Beach, Florida, and maybe stay in an Airbnb or hotel room in Tampa once or twice a week.

The soaring demand is most pronounced in Sun Belt cities that have seen an influx of arrivals from the pandemic. The Phoenix area had the country’s biggest increases in rents for single-family houses in June, with an almost 17% surge from a year earlier, according to data released this week from Corelogic. It was followed by Las Vegas, with a 12.9% gain; Tucson, Arizona, at 12.5%; and Miami, up 12.4%.

It’s a reversal from the pre-pandemic norm of tight housing in denser, pricier cities — places such as New York, Boston and San Francisco, which saw office workers flee during lockdowns. Those areas still have an overhang of inventory of high-end apartments aimed at white-collar professionals. Still, demand is picking up.

Renters now crowding the market have higher salaries, in part, because many of them, in normal times, would be buying homes instead. Migration away from the pricey locations also is driving up housing costs for locals, especially those in more affordable cities and in far-flung suburbs.

The average income for new lease signers in July hit a record of $69,252, according to RealPage, which captured data for professionally-managed buildings.

“It’s always been hard to find a home if you have limited income,” said Jay Parsons, deputy chief economist for RealPage. “What’s crazy now is you can have a relatively high income and still have a hard time.”

Nicolle Crim, vice president of Watson Property Management’s Central Florida division, says she wished she had more to offer. But the for-sale market is so strong that owners are selling homes they’ve rented out for big profits.

As a result, Watson now manages about 4,000 single-family home rentals for individual owners, down by a third since the pandemic began, she said.

Even relatively sleepy areas such as Springfield, Ill., three hours from Chicago, are experiencing shortages. Landlord Seth Morrison said his only apartment listing attracted a couple dozen calls before he took it down.

“We have 270 units and we don’t have any open,” Morrison said. “In a city like Springfield, in a state like Illinois, to have this sort of demand is just crazy.”