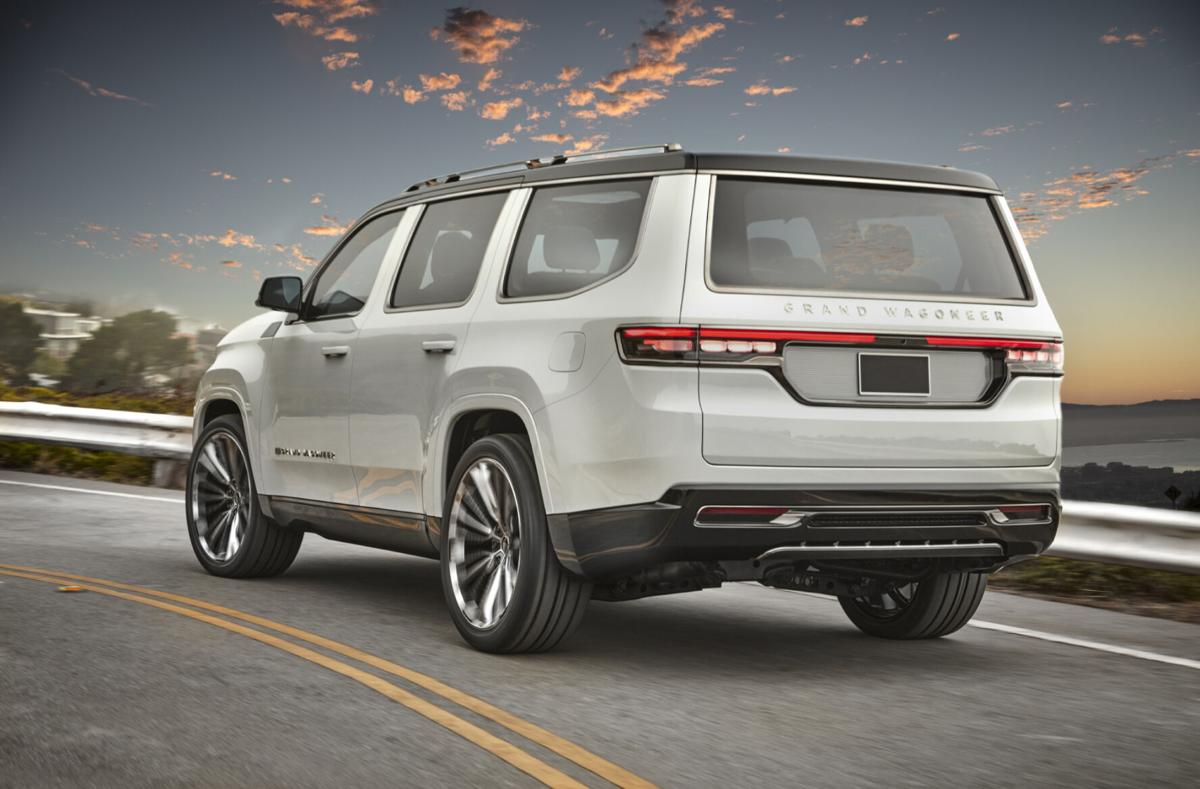 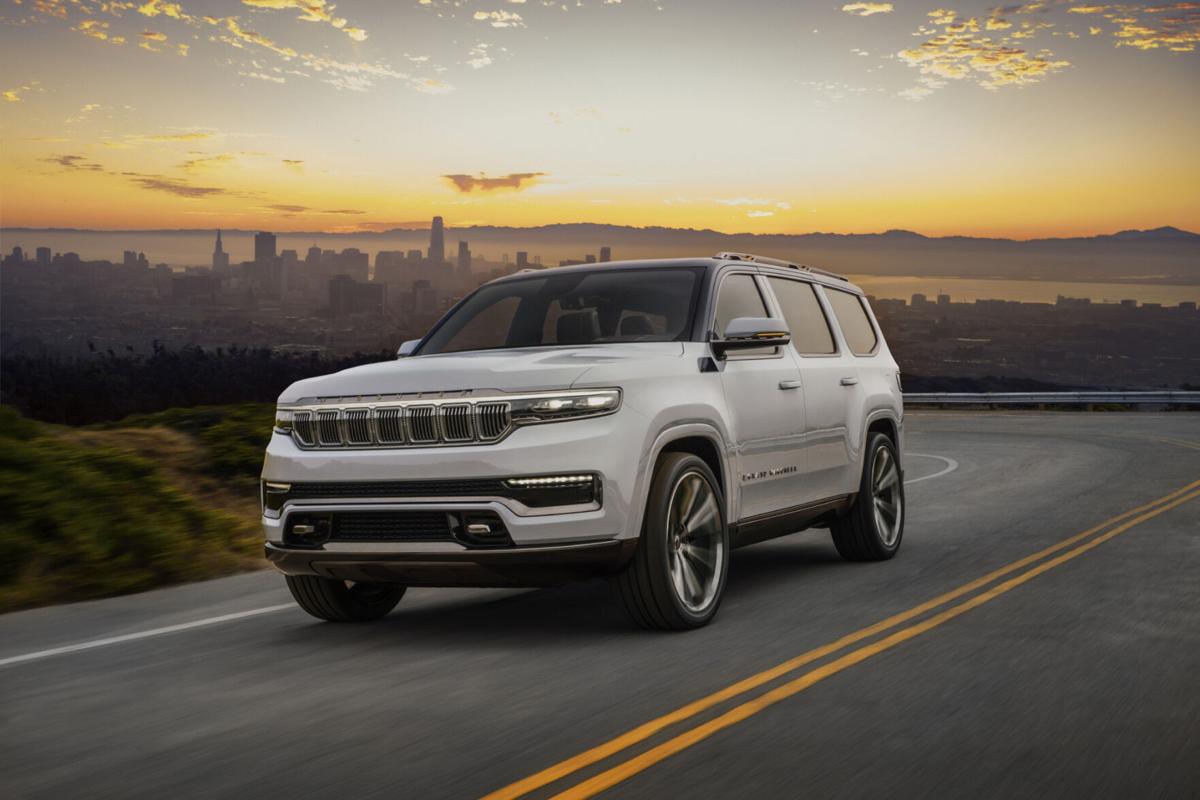 DETROIT —The big question for many people wondering about the upcoming Jeep Grand Wagoneer has involved wood.

How much would there be?

The wood grain look on the outside helped many of the old Wagoneers stand out. It’s one of the things people mention when they recall them today.

The vehicle Fiat Chrysler Automobiles unveiled to journalists last week placed wood, at least what’s on the exterior with more inside, in a few clever spots that seem designed to connect it to the past without emphasizing it — some teak suspended by the copper latticework in the roof rack, for instance.

But this is a concept vehicle. Whether there are any surprises planned for when Jeep’s new full-size and luxury SUVs arrive next year is hard to say.

The Wagoneer and Grand Wagoneer (the company mentions both) that Fiat Chrysler will produce at the Warren (Mich.) Truck Assembly are entering a world much different than when the previous generation ended production in 1991.

“It dominated the premium SUV scene, really invented it and dominated it for 28 years, but that was 30 years ago,” Ralph Gilles, FCA’s head of design, told journalists during the preview.

Much has changed, and now Jeep will be the new kid on the block in the full-size SUV segments, including the luxury variant, where General Motors competes with the likes of its Cadillac Escalade, Chevy Suburban and GMC Yukon and Ford has its Expedition and Lincoln Navigator.

“We are going to be pretty ambitious. We are very successful, as you know, with Jeep in North America. We want to be at least as ambitious with Grand Wagoneer and Wagoneer in North America. So (that) gives you a little bit of a scale,” said Christian Meunier, who came to FCA last year as global head of the Jeep brand after leading Nissan’s luxury brand Infiniti. We “want to be a key player in the segment.”

In addition to the U.S., Canada and Mexico, Wagoneer is headed to the Middle East and China.

“We’re going to have that mainstream version that’s going to go head to head with the Yukons of this world and this kind of product, you know, in the price range of $60,000 to $80,000-$85,000,” Meunier told the Free Press. “And then we’re going to have the Grand Wagoneer, which is going to be competing with the Cadillac Escalade and the Range Rover, and will bring a level above in terms of premiumness and sophistication and craftsmanship” compared to the market today.

The Wagoneer and Grand Wagoneer will allow FCA to tap into SUV segments that make auto executives salivate and in which Jeep has been absent.

“The large and especially the midsize utility markets are hot. Now FCA has entries with the added magical strength of the Jeep name,” said Michelle Krebs, executive analyst for Autotrader.

“This size vehicle and this type of vehicle is a cash cow so getting them to get into this market is a way to expand the revenue generation they’re getting from the Ram truck, which is a big hit,” said Sam Fiorani, vice president of Global Vehicle Forecasting at Auto Forecast Solutions. “It takes Jeep into the place where it should have been a while ago.”

SUVs and crossovers tend to be divided into those based on trucks or those based on cars. The Wagoneer and Grand Wagoneer are being built at the Warren Truck Assembly, where FCA produces its Ram 1500 Classic, the older version of the 1500.

A few companies are true players in the space, with GM being tops and Ford second, and FCA will be challenging them in territory where they are keen to stay relevant.

These vehicles “account for an absurd amount of revenue for these companies, especially on the GM side,” Fiorani said. “When you have so few players in the marketplace, competition is a great thing. It improves the breed (and) does great things for the buyer.”

Many details about the new SUVs were not provided during the presentation, although Meunier said “there will be a very appropriate power train when we launch, and electrification is something that we’re working on right now.” The vehicle will apparently have three available 4x4 systems.

FCA noted that the vehicle shown, in a color called arctic ice, with 24-inch wheels and 3D-printed trapezoidal wheel arches, is still described as a concept so it’s unclear what will make it to production. Wagoneers are, however, being tested “all over the world already,” Meunier said.

The emphasis during the presentation was on the premium touches, including a high-end audio system by McIntosh. Discussions about whether production versions would include McIntosh audio are ongoing.

Items such as the starter button offer a taste of what’s to come.

“The starter button isn’t just another nameless button on the instrument panel, but rather it is sculpted out of the wood, sitting in a shell of black glass and its perched there with an aluminum surround and finished off with a ... wrapped backing with an accent stitch. It’s just a beautiful piece of machinery,” said Chris Benjamin, head of Jeep Chrysler Advanced interior design.