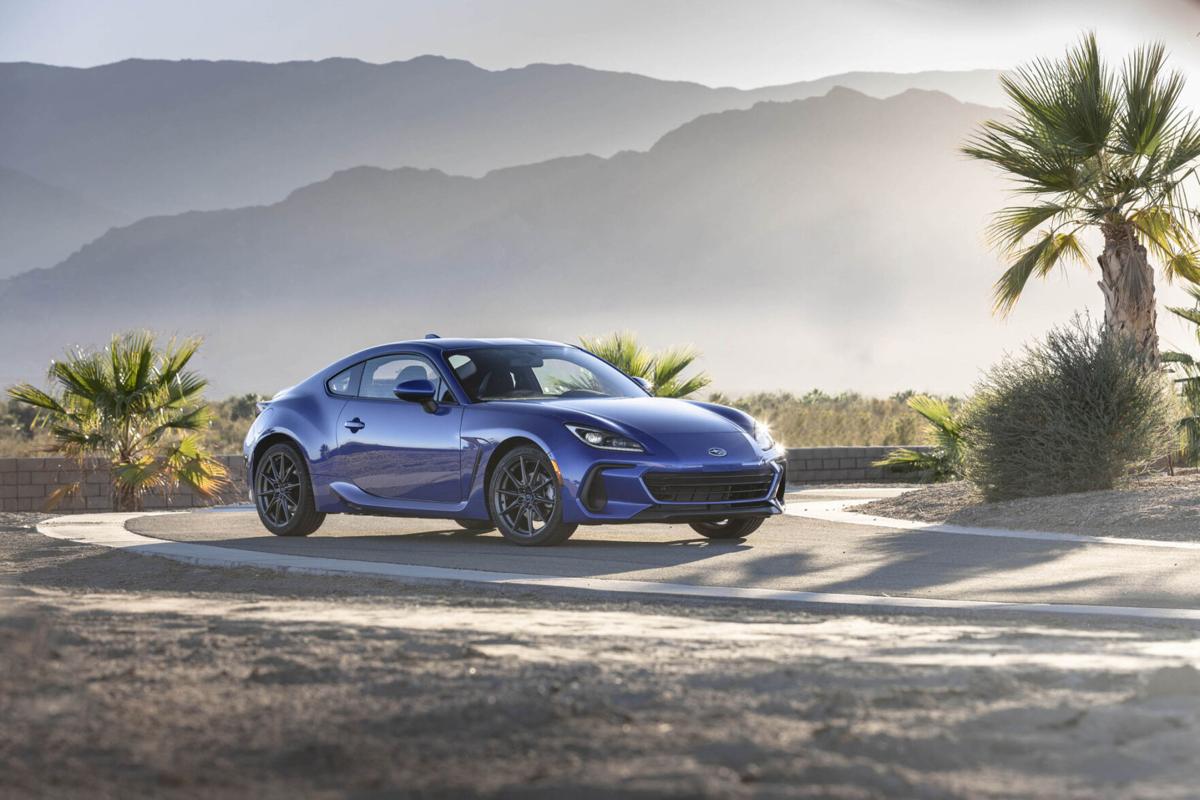 The 2022 Subaru BRZ is available with a standard six-speed manual transmission or an available six-speed automatic with a new Sport mode. Subaru/TNS 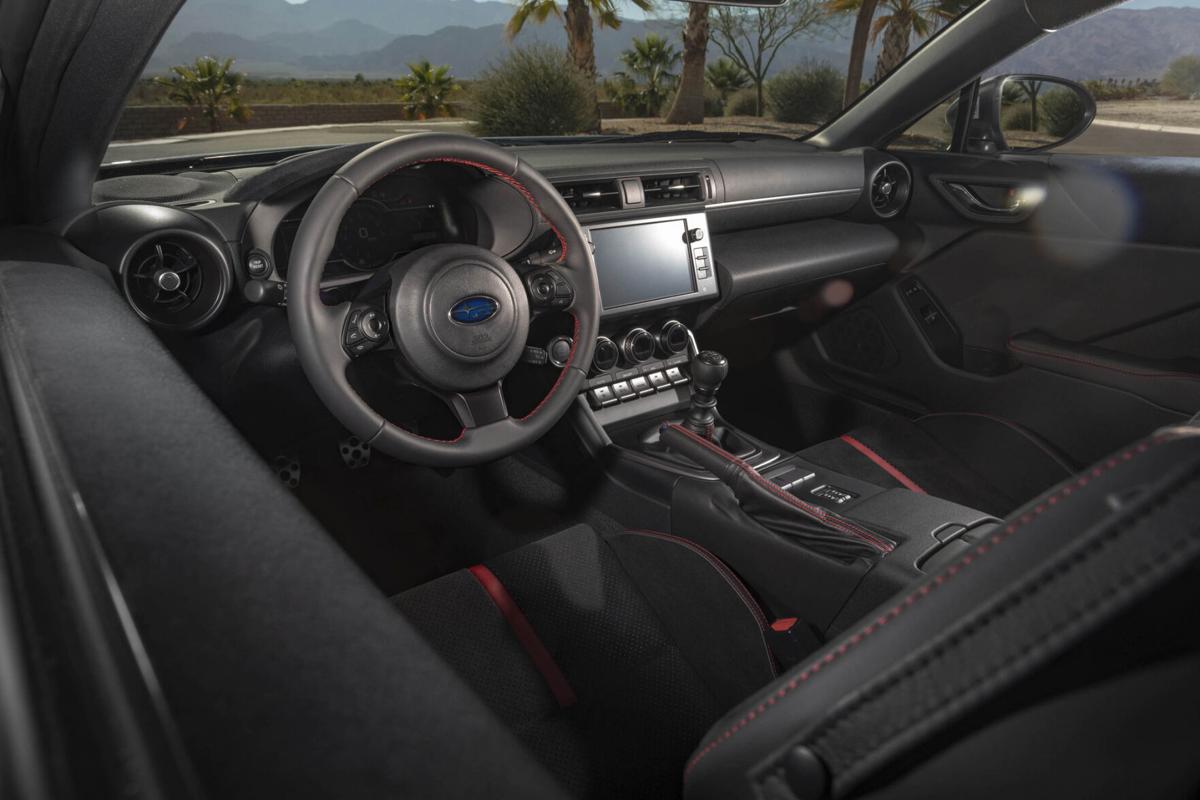 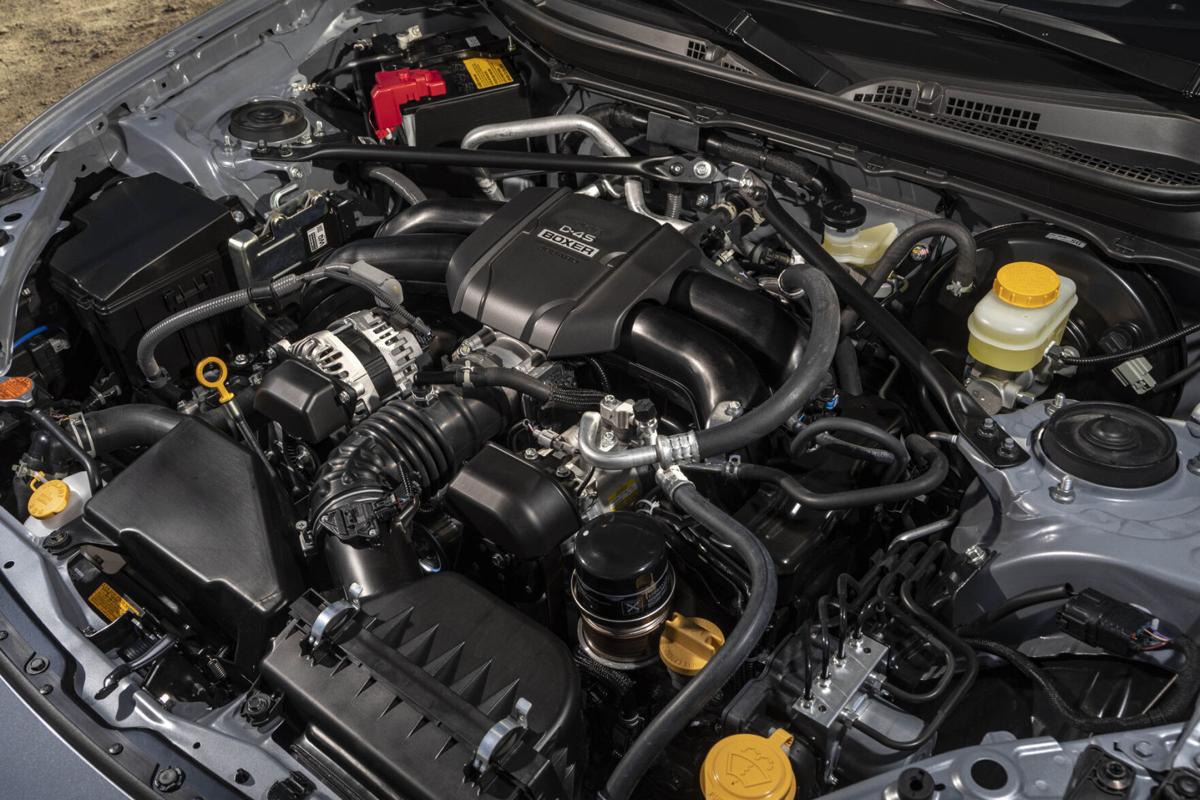 The 2022 Subaru BRZ has a 2.4-liter horizontally opposed engine that provides 228 horsepower. (Subaru/TNS)

The 2022 Subaru BRZ is available with a standard six-speed manual transmission or an available six-speed automatic with a new Sport mode. Subaru/TNS

The 2022 Subaru BRZ has a 2.4-liter horizontally opposed engine that provides 228 horsepower. (Subaru/TNS)

LIME ROCK PARK, Conn. — Short but sweet, Lime Rock is one of America’s most formidable race tracks. It features double-apex turns, elevation changes and the Diving Turn — one of the most heart-in-your-throat downhill bends this side of Cedar Point’s Millennium Force.

This is the natural habitat of BRZ, one of the industry’s most entertaining sports cars. Entertaining for its quick reactions, low center of gravity and precise manual shifter. Whether at Lime Rock or your local Michigan parking-lot autocross, the Boxer Rear-wheel-drive Zenith (BRZ) earns its name. You’ll find yourself grinning as you fling it from pylon to pylon.

But for the first time, the heavily revised ‘Ru is also not a fish out of water on big tracks thanks to its new 2.4-liter Boxer 4-cylinder mill.

A quick story: My son Henry coveted the Subaru BRZ for his first car. He loved the low-slung chassis, fastback and roomy 2+2 seating compared with the cramped two-seat Miata.

When I got a BRZ to test in 2014, I called him in Chicago. He took the next Southwest flight out. When he arrived, I had the manual BRZ with our six-speed 2006 Honda Civic Si in the driveway. The solid Civic was the car my two boys were raised on. They tracked it, traveled in it, bonded with it.

After testing the speedsters back-to-back on Milford’s twisty roads, I could see the verdict in Henry’s face. He was disappointed. BRZ’s handling was expectedly quick (though Si is no slouch), but not enough to overcome the lack of grunt. Despite boasting 200 horsepower on paper — equivalent to the Si — the Subie was no match for the Honda’s punchy, high-revving VTEC engine.

He returned to Chicago with BRZ scratched off his shopping list.

The 2022 model makes up for lost ground. Recognizing the hole in BRZ’s heart, Subaru engineers have thrown out the ol’ 2.0-liter and replaced it with a beefier, 2.4-liter flat-4 cylinder that pushes out 228 ponies and 184 pound-feet of torque — meaningful increases of, respectively, 28 and 33 over the original car.

BRZ’s added oomph was immediately apparent on Connecticut’s back roads. Subaru has raised the engine’s voice to celebrate. The flat-4 pipes engine sound into the cabin via the speakers. WRAUGHRRR! the engine howled as I rowed through the gears.

If my son’s need for speed concerns has been addressed, then so have my misgivings about the BRZ’s style. Co-developed by Subaru and Toyota, the first-gen felt like it had been penned by committee — dulling the design’s character.

Don’t get me wrong, I adore the sports car shape. But next to affordable rivals like the MX-5 Miata, Ford Mustang HiPo and Chevrolet Camaro 1LE, BRZ (and Toyota 86) lacked distinction. It had the moves of Roger Federer, but the style of Yevgeny Kafelnikov (who?).

Credit Toyota as the BRZ partnership’s design lead. The big Japanese automaker has become much more aggressive with its styling after years of somnolent design language. There are echoes here of Toyota’s curvaceous Supra sports car co-developed with BMW (I’d buy the racy-looking Supra over the Z4).

The new BRZ and Toyota 86 don’t differ nearly as much, but both have a maturity the previous gen lacked.

Speaking of curves, BRZ rotated through Lime Rock’s corners with confidence, a hallmark of Subaru engineering. Their signature Boxer engine with its horizontally opposed pistons (as opposed to taller V-6 and inline-4s) has been the standard in the industry for low center of gravity. The first-gen car was as low as a Tesla Model S (its batteries slung low) — and the new ‘22 model is bettered only among gas-powered cars by the $160,000 Porsche 911 GT3 track monster, which itself benefits from a flat-6 Boxer engine.

The $30,000 ‘Ru can hardly compete with Porsche’s leading-edge suspension upgrades like rear-wheel steer — but it does manage sophisticated handling tools like a stabilizer bar bolted directly to the frame for increased stiffness.

Whether on the autocross course or road course, BRZ inspires confidence. The manual is more responsive than the automatic (75% of BR sales are stick, for good reason), and the brakes remarkably resilient. The more I lapped, the more I pushed the envelope.

That push is helped by Subie’s reworked seats, which better hold the pilot. I’m a big boy at 6’5” but fit comfortably in BRZ even with a helmet strapped on. Contrast that to MX-5 Miata, which I don’t so much sit in as wear, so tight are its confines. Miata is just 2,300 pounds, but the 2,835-pound BRZ is plenty trim with lots of usable rear-seat cargo and cabin space.

Subarus have been leaders in affordable tech, but BRZ is less comprehensive, perhaps because of its shared platform. Subaru’s Eyesight Driver Assist suite, for example, offers goodies like adaptive cruise control and automatic braking — but only with the automatic tranny. At least Apple CarPlay and Android Auto connectivity are standard so you can hit the road and find the next autocross (Obetz, Ohio? Oscoda Airport, Mich.?) with ease.

Its dexterity is also a reminder of the thrill of sports cars at the time when the industry is facing a re-run of “That ‘70s Show.” Like the killjoy 1970s, automakers are threatened by government rules forcing conformity (mpg mandates in the ‘70s, EV mandates today).

Affordable vehicles like the lightweight long-range BRZ are at risk to penalties favoring heavy short-range EVs. The determination of Toyota/Subaru to develop the 2022 BRZ for their customers — not federal bureaucrats — bodes well for the future of automotive choice.

These are golden years, after all. Not since the 1960s have consumers had access to so deep a toy box. My sons can choose from $30,000 hot shoes like the VW GTI and Mazda3 Turbo; pony cars like the Mustang HiPo and Camaro V-6; pocket rockets like Civic Si and Hyundai Elantra N; roller skates like the Mazda MX-5 and Toyota 86 and Subaru BRZ.

They are gateway drugs to cheetahs like the Supra and Chevy Corvette, and ultimately cyborgs like 911 GT3 and McLaren 760.

Drifting through Turn 3 at Lime Rock’s autocross course in third gear, I mashed the brake, downshifted to 2nd with heel-and-toe, then smoked the tires with 184 pound-feet of torque.

It’s a trade handed down by generations of enthusiasts. And BRZ is their tool for the 21st century.