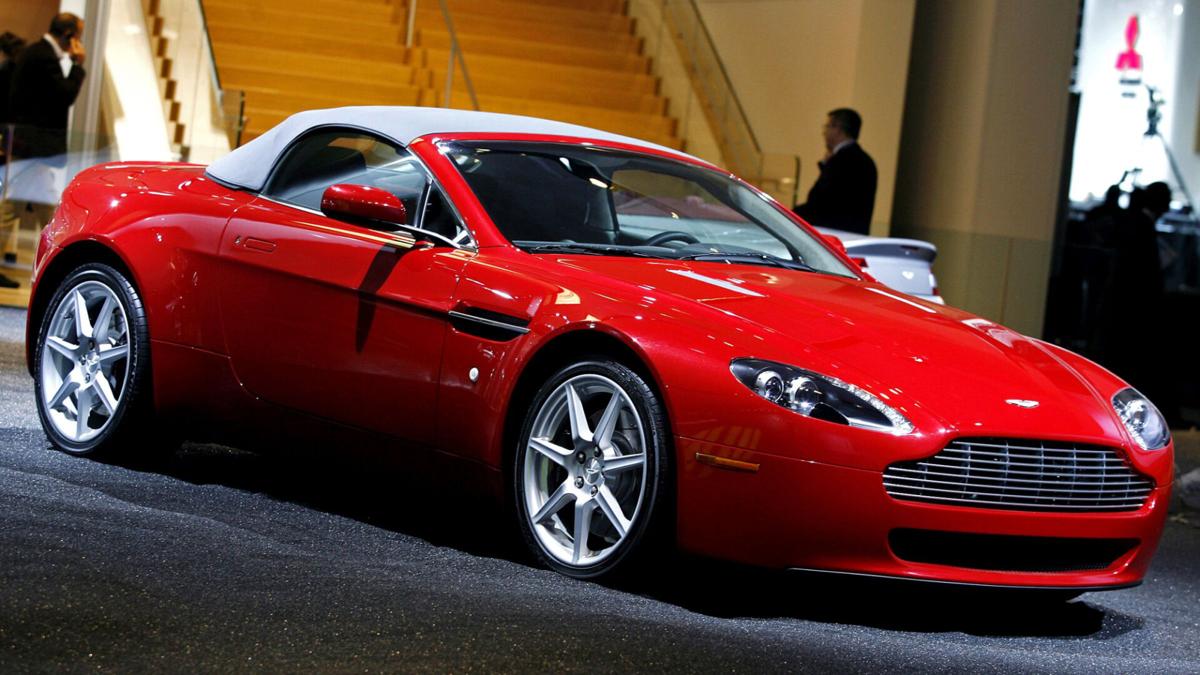 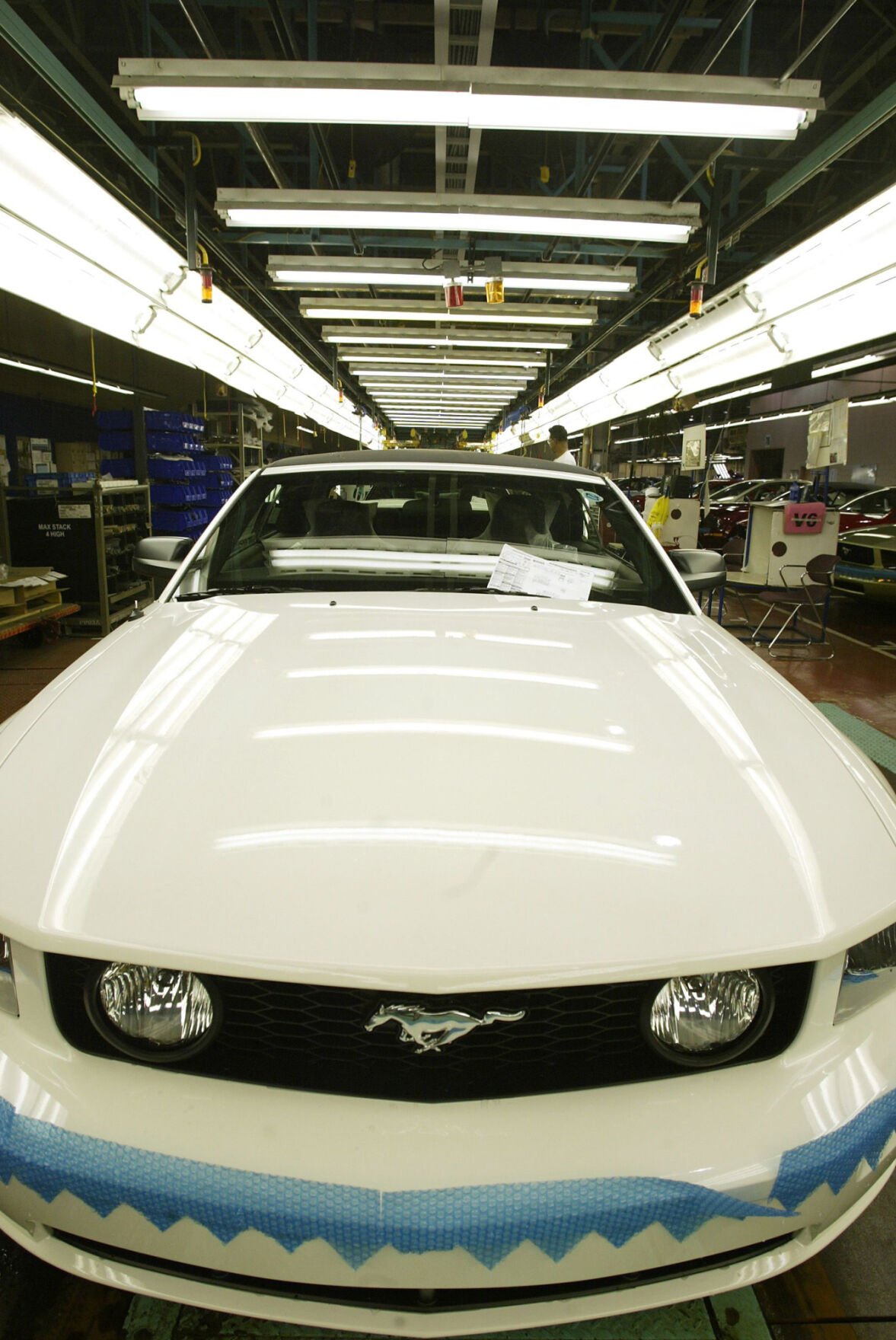 A newly assembled 2005 Mustang GT nears the end of the line at the Ford assembly plant in Flat Rock, Mich., on June 28, 2005. Tom Pidgeon/Bloomberg 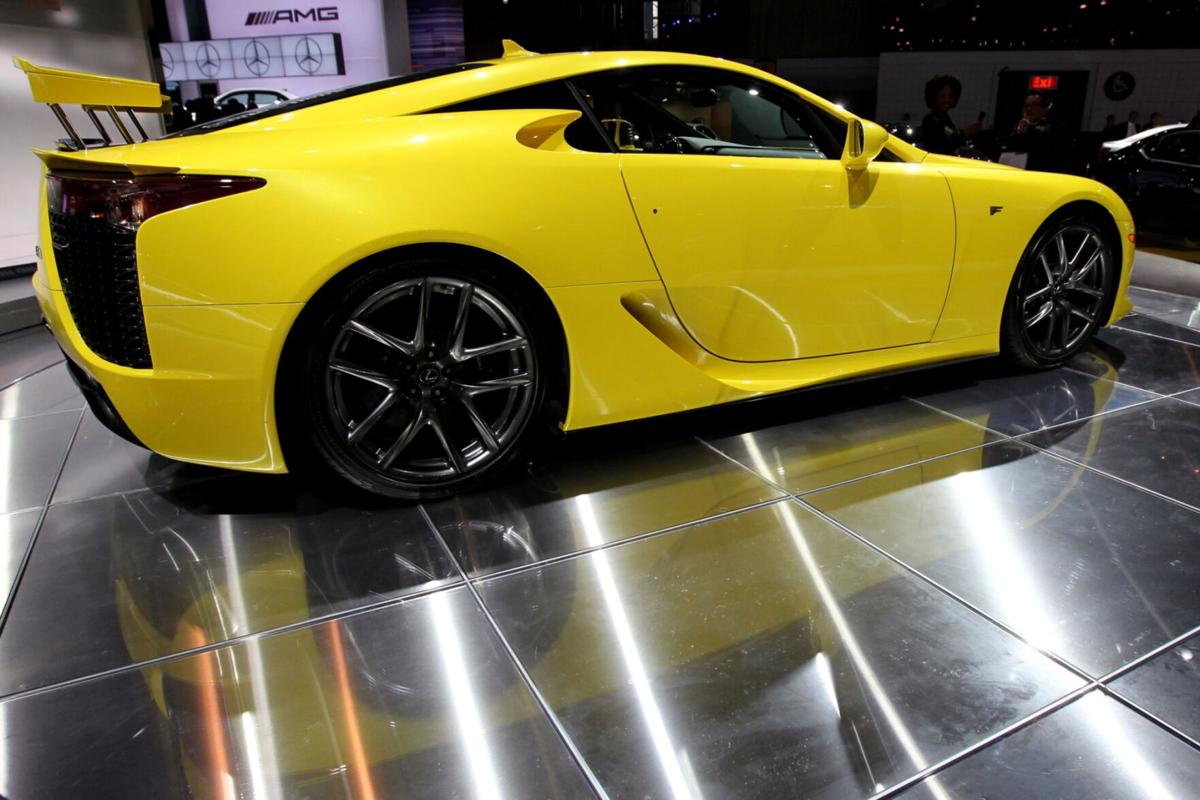 A newly assembled 2005 Mustang GT nears the end of the line at the Ford assembly plant in Flat Rock, Mich., on June 28, 2005. Tom Pidgeon/Bloomberg

From Bentley to BMW, Polestar to Porsche, new-car sales have slumped in 2020.

Sales of classic cars, on the other hand, have remained positively stable.

“2020 was a very strange year: There was a lot of appetite” to buy cars, said Brian Rabold, vice president of valuation services at Hagerty, a company that insures classic and collectible cars. The proliferation of online platforms from auction houses and start-ups alike enabled consumer hunger.

“A lot of people had more time, they weren’t traveling, they weren’t leaving the house. You could just sit in front of the computer and shop. All of that conspired to make 2020 really strong,” Rabold said.

Gooding & Co. auction house reported $9.2 million in sales and a respectable 77% sell-through for its Geared online auction, which saw blue-chip classics like the $1.14 million 1957 Mercedes-Benz 300SL Gullwing hammer well within its pricing estimates. At Bring a Trailer, founder Randy Nonnenberg reported his highest-ever day for traffic amid some of the darkest days of the coronavirus pandemic.

Meanwhile, on the private car market, Steve Serio, automotive broker to stand-up stars and the publicity-shy, will have his best year ever “in terms of cars worth more than $1 million,” he said.

“In unstable times, car people tend to hang onto their blue-chip cars and get other ones, so there’s a lot of interest that has picked up there,” Rabold agreed. “Private sales are happening.”

That confidence bodes well for the classic car market next year. Rabold and a team of 18 Hagerty analysts combined data from auction and private sales, classified ads, insurance quotes, demographic charts that measure youth appeal, and even statistics about imports and exports to develop a list of the 10 collectible cars they expect will enjoy double-digit value growth in 2021.

The so-called Bull List includes everything from a Jaguar that debuted in 1948 to a hot rod Jeep. Each vehicle listed is expected to far outpace anything else in its segment in terms of value.

Not on the list: old American muscle cars and the 1970s-era Porsche 911 Turbos that have dominated private car sales and public car auctions in recent years.

“Something like the Turbo 911 is a great example of a car that has enjoyed its ride and has been a big winner for the last couple years, but for now a lot of those are fully priced,” Rabold said. “It doesn’t mean five years from now, it won’t appreciate wildly again.”

Notes: The two-seater is basically an oddball, front-engined, exotic-style supercar with a 552-horsepower V10 engine and video-game styling. When it debuted in 2011, it was unlike anything at the time from Italy or Germany. Unlike anything from Toyota, either. “If Godzilla and a PlayStation got together to make a car, this would be it,” Hagerty said. It’s one of the few supercars Toyota has ever produced, and it can go more than 200 mph.

Notes: The square outline of the Grand Cherokee is a dead ringer for that one, weird time when Chrysler and Daimler worked together. It’s a polarizing aesthetic. But if you hate it, go for the 6.1 liters of Hemi-powered V8 muscle under its hood: pure Americana. This is the true “hot rod” Wagoneer. All-weather acceleration gives this Jeep massive appeal; poor fuel efficiency is the downside, Hagerty said. “But you can go anywhere fast-and bring your friends,” Rabold said.

Notes: With its 12-cylinder mid-engine power and wedge-shaped attitude, the Testarossa shook the world when it debuted at the Paris Auto Show in 1984. It had a large (for Ferrari) cockpit, a surprisingly usable trunk, and a more-pleasant (read: not as hot) interior than its predecessor, the 512. Pop culture mavens and car enthusiasts alike consider it one of the most memorable vehicles of the 1980s. “The Testarossa and the Jag have come down in value since 2017, and they’re on the rebound,” Rabold said. “They’re quite cyclical, so just like the 911 Turbo, it can go up in value and then lose some of its heat, come down, and then all of a sudden it looks like an opportunity.”

Notes: The front-engine entry car to Aston Martin’s 2005 portfolio came with a lightweight aluminum frame and memorably spirited handling. Best of all, the Vantage was then aimed at the newly and near-rich, so it had a competitive base price set just above that of a Porsche 911. Hagerty reports that models with the 4.7-liter V-8 engine will see the strongest growth.

Notes: The S600 was not exported to the U.S., so it’s rare to find a S600 version in left-hand drive, but they are worth seeking out. Initially available as an inline-four roadster and a coupe, it was the first car Honda ever produced and made available in two trim levels. It wasn’t fast (the 57 hp engine could maybe reach a top speed of 90 mph … downhill), but it was fun. “The joy you’ll receive in owning and driving one of these models is an automatic hedge against the financial risk inherent with any major expenditure,” Rabold said.

Notes: The hipster darling origin of the Van Life movement-along with microvans and the VW bus-the classic Vanagon remains desirable in large part because of the “romance” of life on the open road, Hagerty said. (A pandemic doesn’t hurt, either.) VW’s steadfast refusal to replace it with anything nearly as practical, classic-looking, and inexpensive means that existing examples will continue to garner fans. “It gives you mobility and flexibility and a lot of freedom,” Rabold said. “Plus, it comes in so many variants. You can customize it to be exactly what you want. The market for that is huge.”

Notes: The reason this one hits big is simple, Hagerty said. When Ford decide to make a modern GT that would reference the original GT40 from the 1960s, the resulting product was several things the first one wasn’t: more comfortable, more user-friendly, and best of all, serviceable at any Ford dealer. It’s a true supercar and a rare American-made one at that. “These are really special cars,” Rabold said. “From the time they were created everyone knew they were special.”

Notes: A tiny pop culture toy from its birth, the Audi TT introduced car culture of its day to several elements: wraparound lamps, a low rear roofline, browed wheel arches, and a modern interior accented by metal-all of which spawned copycats for the next decade. “It’s such a design hallmark; it’s really thoughtful in its packaging,” Rabold said. “And those cars are just cheap! You’re going to have fun owning it-and really, that is what it’s all about.”

Notes: As Hagerty put it, the XK 120 offers grace and pace, “even if it doesn’t have much space.” Launched in 1948, it is the oldest car Hagerty has ever put on the annual Bull List. More notable, it was fast: The Jag set the world record for fastest production car in 1949. Recent years have seen it fall out of favor and stereotypically viewed as rather déclassé, but that means prices have cooled-which puts it in reach of the younger collectors driving its renewed interest.

Notes: Here’s a nod to the motorcycle lover in the family. Honda’s light and reliable CB750 Four broke the hold European brands hitherto had on the motorbike market. Since roughly 400,000 were made, you shouldn’t have trouble finding one. Hint: Look for some of the earliest sand-cast examples, which are worth twice as much as the others.

Notes: Toyota’s truck was built for use by the United Nations-not exactly as an objet d’art. But as the Ford Bronco and Land Rover Defender see a massive redux with new versions of their iconic vintage models, and like the Wagoneer mentioned above, the Land Cruiser’s name has never been stronger.