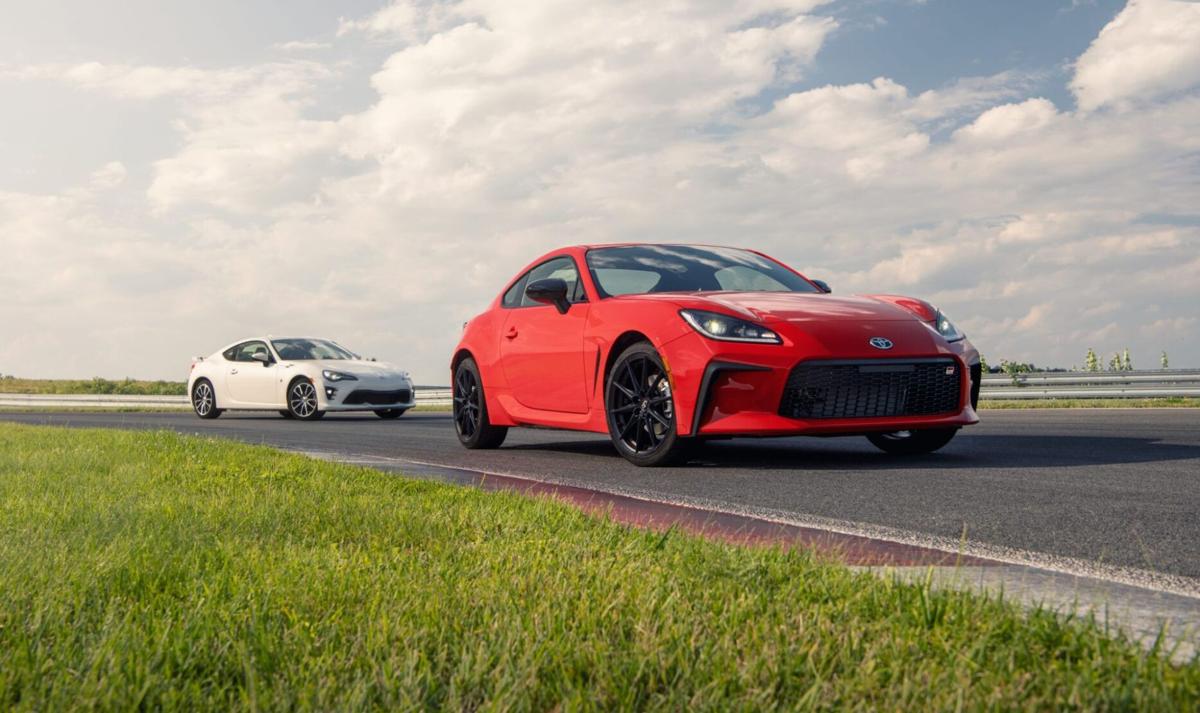 Weighing 2,811 pounds, the GR 86 is among the lightest sports cars on the market. Toyota/TNS 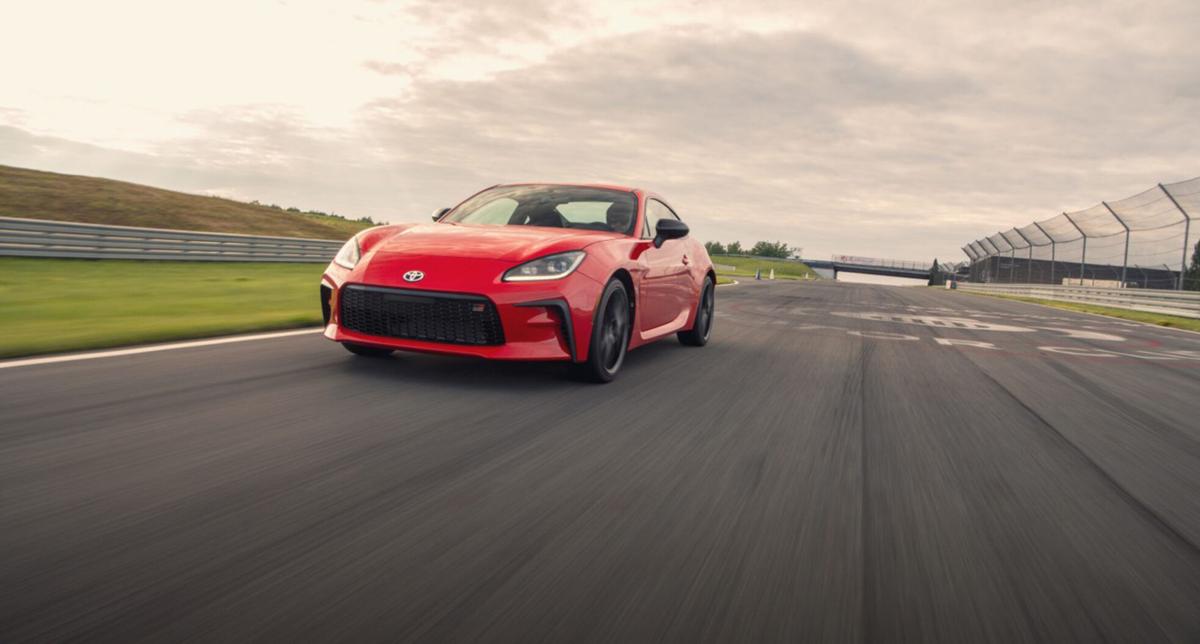 Weighing 2,811 pounds, the GR 86 is among the lightest sports cars on the market. Toyota/TNS

MONTICELLO — Having just taken the top two spots at the 24 Hours of Le Mans last month, Toyota’s Gazoo Racing team has much to be proud of. It’s taken years to achieve, and it’s a testament to Toyota’s engineering and manufacturing acumen.

Knowing that, it’s quite remarkable that the company doesn’t design or manufacture its own sports cars. Mazda, a car company a fraction of Toyota’s size, can afford to do so. So can Nissan. Yet Toyota’s sports cars are actually designed and manufactured by other automakers. The question remains: Why?

Toyota will say it’s hard to be profitable given the market’s small size. And so it has turned to Subaru, which engineers and manufactures their BRZ sports coupe for use as the 2022 Toyota GR 86. Toyota supplies the design and tweaks to the chassis here and there. So, Toyota does have a hand in its development.

Do these semantics matter? To the sports car purist, unequivocally yes. To most sport car buyers, no.

First introduced in 2012 as the Scion FR-S, the car was rebadged the Toyota 86 when the Scion brand was discontinued in 2016. For the second-generation of its collaboration with Subaru, Toyota renamed its sports coupe the GR 86 in honor of Toyota’s Gazoo Racing.

Thankfully, the new rendition of this sport coupe is a hoot-and-a-half to drive — even more so than the previous version.

Upon first glance, the GR 86 doesn’t look significantly different from the previous generation. But the differences in styling are significant. Its look is simpler and cleaner, having dispensed the juvenile fussiness on the front fascia and across the car. It’s more sophisticated, with styling that should be more appealing to those without Y-Chromosomes. And the integrated duckbill spoiler on the trunk looks great.

The car benefits from added use of high-strength steel to keep the car light yet strong to handle the added power of its larger 2.4-liter horizontally opposed four-cylinder engine. Horsepower rises 18% to 228, while torque increases 11% to 184 pound-feet, with max torque coming on at a lower 3,700 rpm. A six-speed manual transmission is standard; a six-speed automatic with paddle shifters and rev-matching is optional. Weighing 2,811 pounds, the GR 86 is among the lightest sports cars on the market, and has a 53/47 front-to-rear weight balance.

All of that basic engineering excellence was apparent lapping Monticello Motor Club’s track. Back-to-back drives with the 2021 Toyota 86 reveals the 2022 GR 86’s far flatter torque curve and a transmission that’s less concerned with upshifting for fuel economy. The manual makes this car a rare gem, one of the last of a dying breed. That said, the automatic transmission is far more clairvoyant, shifting exactly when you need it to. It’s far better than the previous automatic. The numbers tell the story, with manual transmission cars reaching 60 mph in 6.1 seconds, and automatic models accomplishing the same task in 6.6 seconds.

When comes time to have some fun, you’ll find the new car is very forgiving and well-balanced, with sharper steering and stronger braking. It’s extremely responsive, yet easily controllable. The tail rotates around on command or stays planted depending on your inputs.

The steering is nicely weighted, if a little light at speed. With good but not overwhelming horsepower, there’s enough on tap to use while driving to the Piggly Wiggly without arousing suspicions. The ride is still sports car firm but not punishing over broken pavement. There is a hint of body lean in corners, but not enough to be of any concern. The car feels far more refined, although there still is a bit of road and tire noise. Thankfully, there’s still more exhaust noise than either.

All of this makes it far easier to live with as your daily driver.

Enhancing this feeling, the car’s cabin also sees a welcome upgrade, with a boost in overall trim quality. Drivers face a 7-inch digital instrument cluster, with an 8-inch infotainment to its right. Apple CarPlay and Android Auto are standard, as is a six-speaker audio system on the base trim, and an eight-speaker system on Premium models.

Best of all, it delivers this fun at all speeds at a cost that won’t break you. It makes a great first car or the perfect second car for empty-nesters. Just pack lightly, or consider using the rear seat for extra storage, as the trunk is truly tiny.

If you end up buying a 2022 GR 86, you’ll receive a complimentary one-year membership to the National Auto Sport Association, including one free high performance driving event and discounted admission to NASA-sanctioned events.

It’s a truly fun little machine, albeit one that owes little of its engineering excellence to Toyota, as the engine and platform come from Subaru. While car-loving cognoscenti may argue about such matters, the rest of us will be running laps at our favorite track, auto-cross course or winding country road, smiling at how too much thinking can ruin a great race or fast weekend drive.