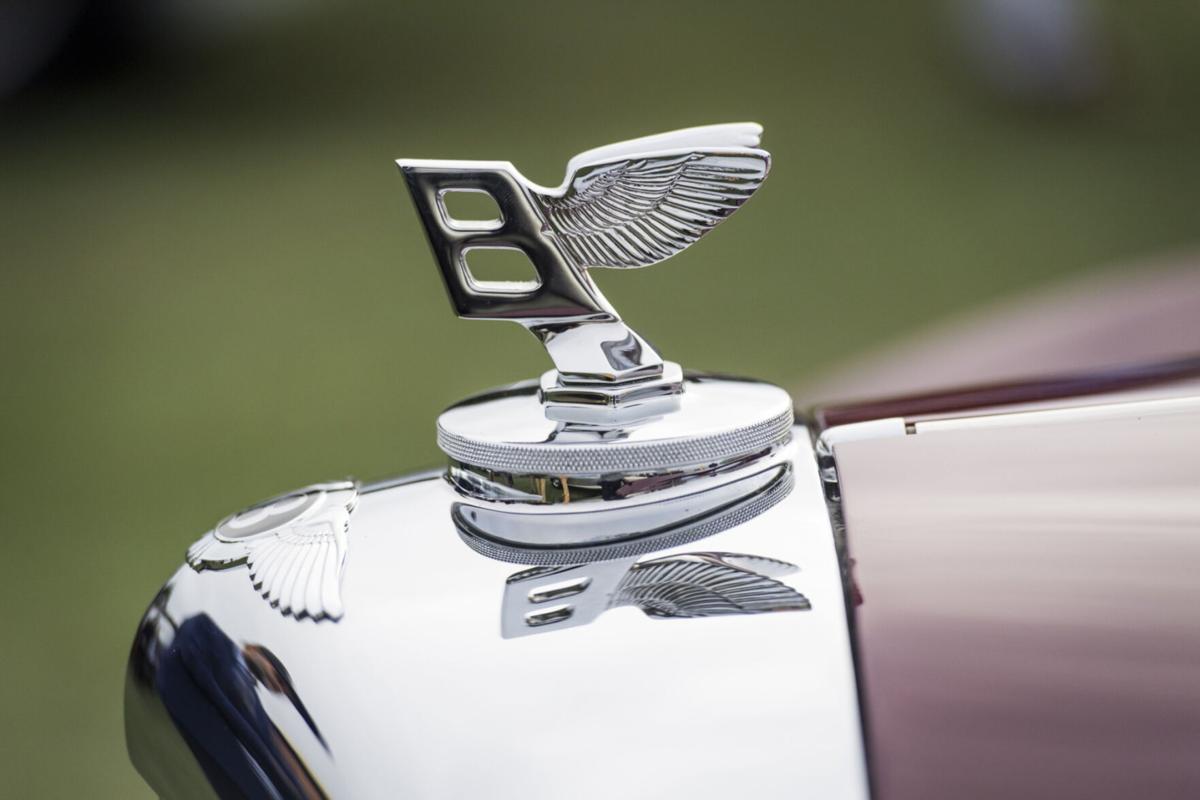 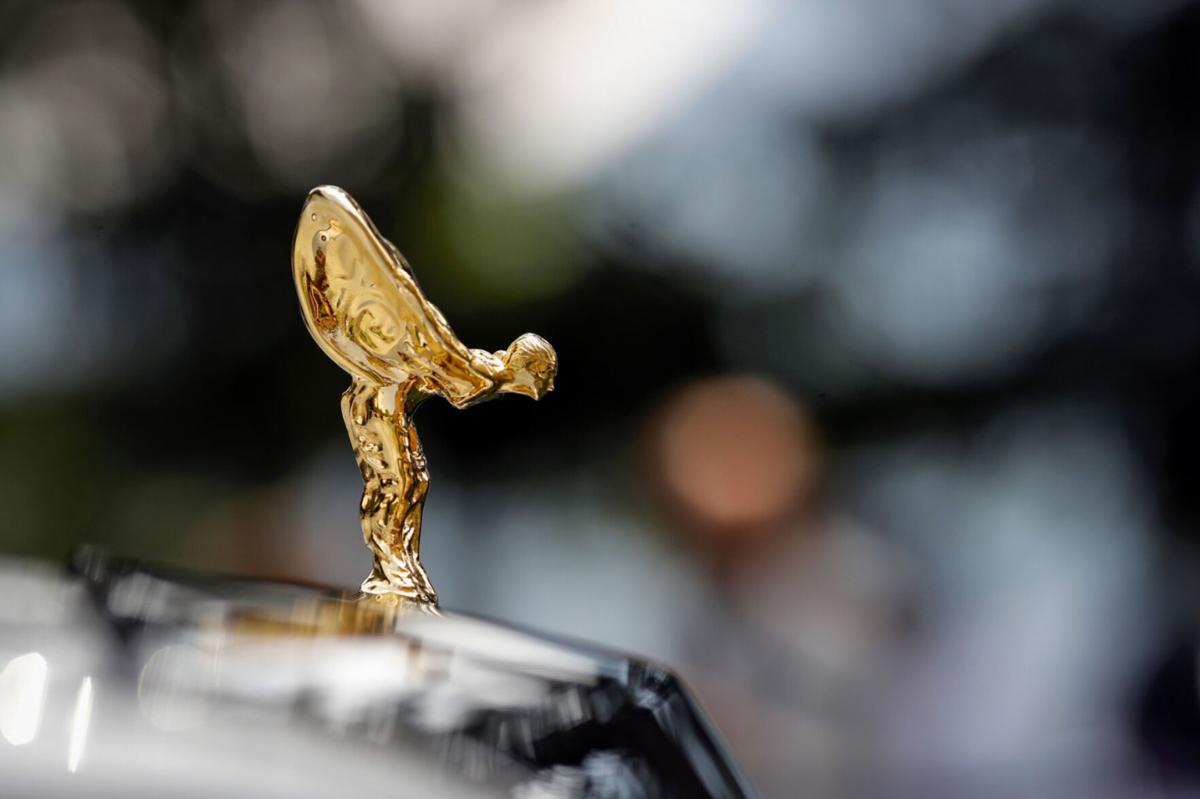 The Spirit of Ecstasy hood ornament adorns an automobile produced by Rolls-Royce Motor Cars, during the 2019 Concorso d’Eleganza Villa d’Este show in Cernobbio, Italy, on May 25, 2019. Stefan Wermuth/Bloomberg 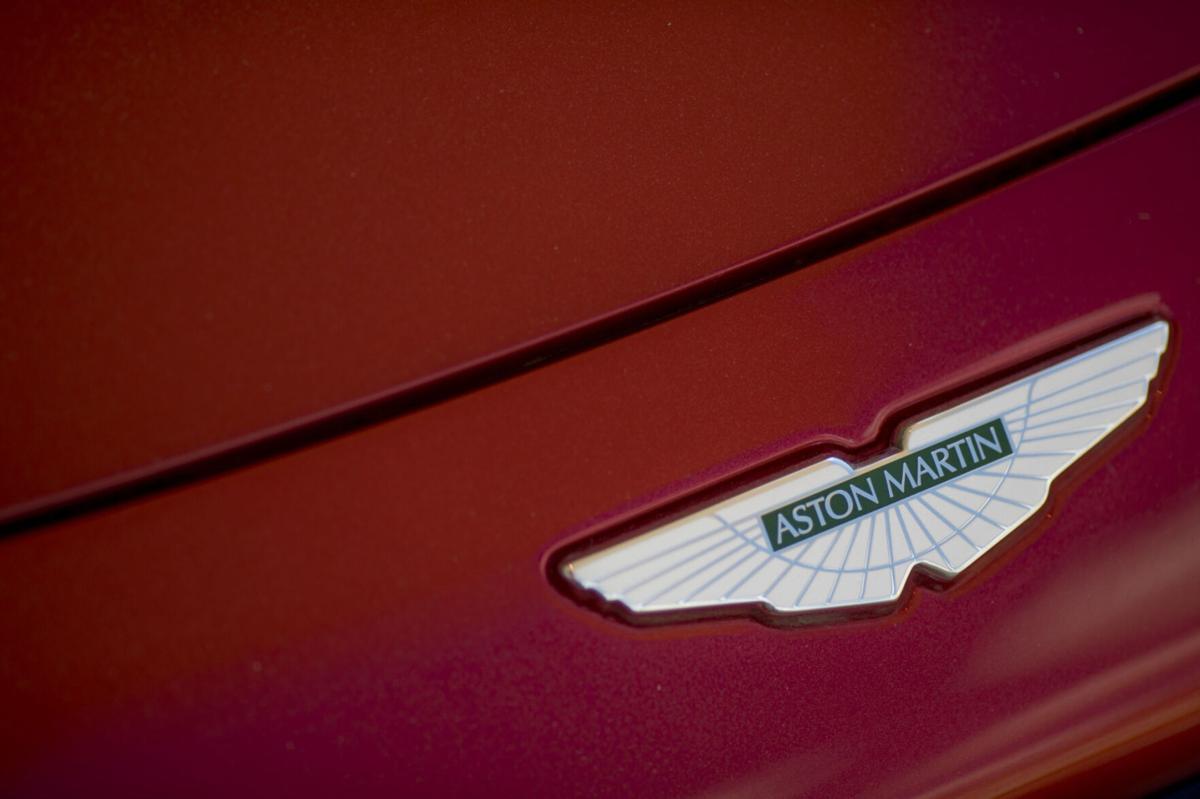 A badge sits on the hood of an Aston Martin automobile at the Aston Martin Works dealership in Newport Pagnell, U.K., on June 1. Jason Alden/Bloomberg 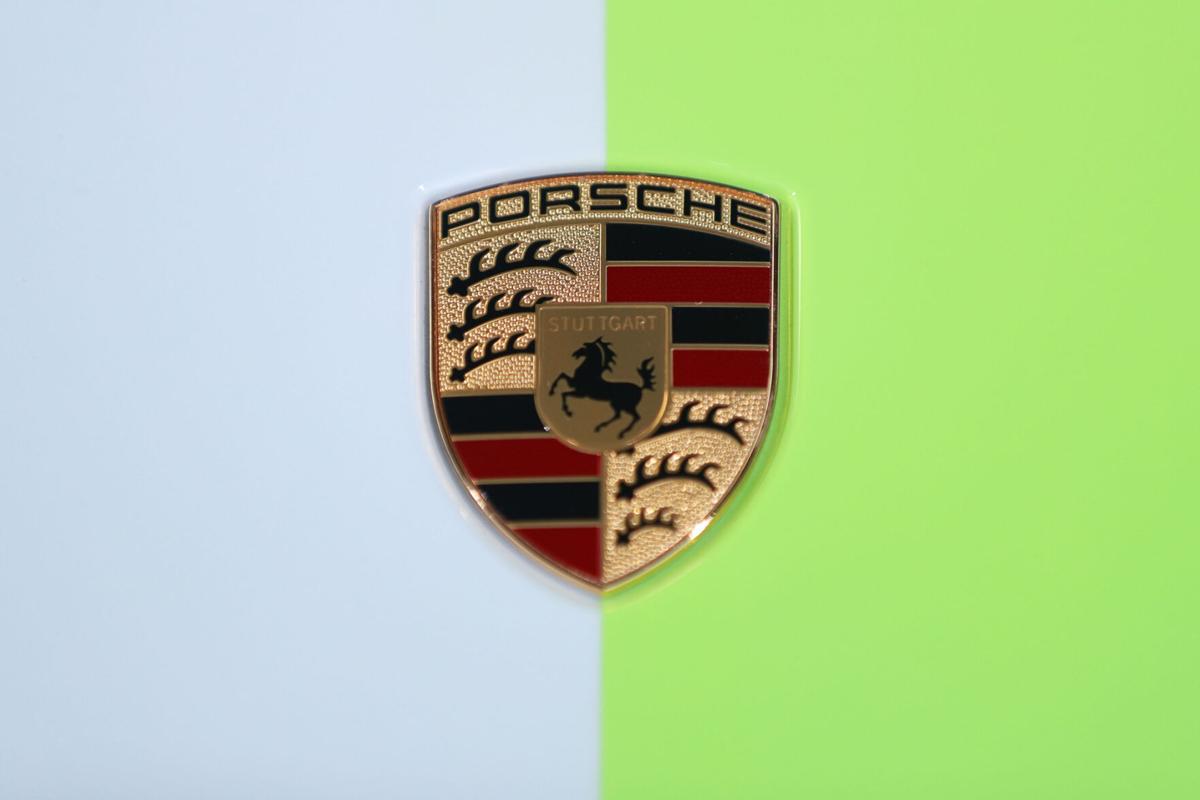 The Porsche badge sits on a two-tone Porsche Taycan automobile at Berlin-Neuhardenberg airport in Neuhardenberg, Germany, on Sept. 4, 2019. Krisztian Bocsi/Bloomberg

The Spirit of Ecstasy hood ornament adorns an automobile produced by Rolls-Royce Motor Cars, during the 2019 Concorso d’Eleganza Villa d’Este show in Cernobbio, Italy, on May 25, 2019. Stefan Wermuth/Bloomberg

A badge sits on the hood of an Aston Martin automobile at the Aston Martin Works dealership in Newport Pagnell, U.K., on June 1. Jason Alden/Bloomberg

The Porsche badge sits on a two-tone Porsche Taycan automobile at Berlin-Neuhardenberg airport in Neuhardenberg, Germany, on Sept. 4, 2019. Krisztian Bocsi/Bloomberg

This year, the all-new 2020 Bentley Flying Spur came adorned with a large upright “Flying B” mascot on the hood. It’s a notable offering: This will be the first time that this style of B, which will electronically rise to view from underneath a modern Bentley badge, will be featured on a modern-day edition of a four-door Grand Tourer. The last time the B appeared, the year was 1930 and the car was a Bentley Model 8-Liter.

The reputation of that winged B long precedes it, though. It comes from a history that winds through virtually all other blue-chip automakers of the day — and since.

British sculptor Charles Sykes first developed the Flying B for company founder W.O. Bentley in 1919. But for years, Bentley cars had varying hood ornaments commissioned by the owners themselves, or none at all. Many, once affixed, didn’t allow the hood to open. It wasn’t until the 1930s that a standardized Flying B became prominent — and asymmetrical. British painter F. Gordon Crosby designed that one, a flat version of Sykes’ initial upright B with a pair of wings that had a different number of feathers on each side. The design was intended to foil counterfeiters.

A rabid racing fan and wartime chronicler, Crosby was a flamboyant presence at such epic events as the 24 Hours of Le Mans, Monte Carlo Rally, and the Targa Florio in Sicily — he even conceived the Jaguar “leaping cat” badge that first appeared in the late 1930s. It would be one of many crossed lines in the world of mascots, badges, and hood ornaments for the world’s most upscale cars.

A bohemian at heart, and ever-present in the elite motoring circles of the day, the sculptor Sykes also created Rolls-Royce’s icon, called the Spirit of Ecstasy. His idea for Rolls-Royce was meant in part to convey that the car traveled so smoothly that a fairy riding on the hood wouldn’t be disturbed. So he cast an ornament based off the sprite form of a friend’s mistress, Eleanor Thornton. Early versions show Thornton with billowing robes that evoke the winged goddess Nike with a finger to her lips, inviting viewers to keep the secret of her affair.

Meanwhile, in Italy, Ferrari’s prancing black stallion came as a gift bequeathed to Enzo Ferrari by the countess mother of flying ace Francesco Barraca, who was shot down over Northern Italy during World War I. Barraca flew with the cavallino rampante emblazoned on the side of his war plane. “Put my son’s prancing horse on your cars. It will bring you good luck,” the countess told Ferrari, according to legend.

Porsche’s singular black horse, buried in the red-and-black Swabian hood badge, came as a nod to the city of Stuttgart’s equine mascot; the badge itself is based on the Free People’s State of Wuerttemberg’s ancient coat of arms. (It was Austrian engineer Franz Xaver Reimspiess who designed the logo of Porsche’s parent company, Volkswagen. He led development of the German Tiger tanks used during World War II — and headed Porsche’s undercarriage design team until his retirement in 1966.)

Bugatti has adhered to virtually the same badge since company founder Ettore Bugatti developed the idea for an enameled red oval in 1909. Dubbed “the Macaron,” it entailed 150 grams (5.3 oz) of sterling silver with the initials EB in black, and 60 red dots strung inside a white border. (The dots evoked the pearls around a flapper’s neck in the Art Nouveau look of the time.) The red of the Macaron symbolized power and passion; the white, nobility; and the black, courage. Only a very few cars, such as the Chiron Noire or Super Sport 300+2, receive a Macaron in black. The only other deviance from the standard Macarone was the dancing elephant astride the ultra-rare 1926 Bugatti Type 41 Royale; it was a tribute to an elephantine sculpture in bronze made by Ettore’s late brother, Rembrandt.

Aston Martin, on the other hand, has put forth nearly a dozen differing logos over its 107-year history, from the round A and M intertwined in the 1920s to the winged monogram (borrowed from Bentley) in the 1930s and the “David Brown” Aston Martin logo of the 1950s. Often, a new logo was created as the company plunged into — or launched out of — financial woes, depending on who owned it at a given time.

These days, a company called Vaughtons makes Aston Martin’s feathered double-pennon. Located in Birmingham, England, the 200-year-old company started as a “buttonmaker, medallist, and mint,” according to Road and Track — and was the original supplier of badges to Rolls-Royce. (It also had contracts with Jensen and Lotus.)

Vaughtons sends roughly 2,000 components, including some badges, to Aston Martin weekly. The badges are handmade through stamping raw metal in a machine press, heating and reheating it, die-cutting it, painting glass-like enamel coloring into the 43 sections of the rough badge, and then polishing the whole thing ad nauseum. Special badges might be finished in a cust green to match brake calipers, 18-karat gold, even mother of pearl.

At Rolls-Royce, a foundry called Polycast Limited, based in Southampton, England, makes the Spirit of Ecstasy. The lady starts off in wax form, cast into a shape detailed enough to showcase individual strands of hair running down Thornton’s back, as well as ripples in her gown. After the wax has cooled, fabricators pour melted steel into the mold. They let it sit for hours, and then polish it with tiny, hand-held sanders to reveal the elegant beauty in final form. More than 5,500 are sent to Goodwood, England, each year.

Bentley, meanwhile, declines to name which company makes its winged B, though Polycast Limited lists Bentley as a current client.

Despite its French heritage, Bugatti commissions Poellath, in Schrobenhausen, Bavaria, to make the enamel ovals. Family-owned since its inception in 1778, Poellath has developed a special technique to make the Bugatti Macrons three-dimensional: The Bugatti lettering and miniscule dots at the edge are located and enameled on one plane, while the enameled background sits almost two millimeters lower.

Poellath workers make the badge by fusing the enamel glass into iron in a technique that dates back more than a century. It’s an extreme process: The vitreous granulate melts at temperatures from 750C to 900C (1,382F to 1,652F) and are fused with the silver base material in a bond that’s virtually impossible to dissolve. To make it even more challenging, enamels often contain toxic lead, so Poellath uses a special blend that contains inorganic and non-toxic silicate and oxide compounds. All told, it takes 20 workers 10 hours to make each one.

Their sustained effort speaks for itself when you see and touch a Bugatti badge up close. BMW and Porsche are also Poellath clients.