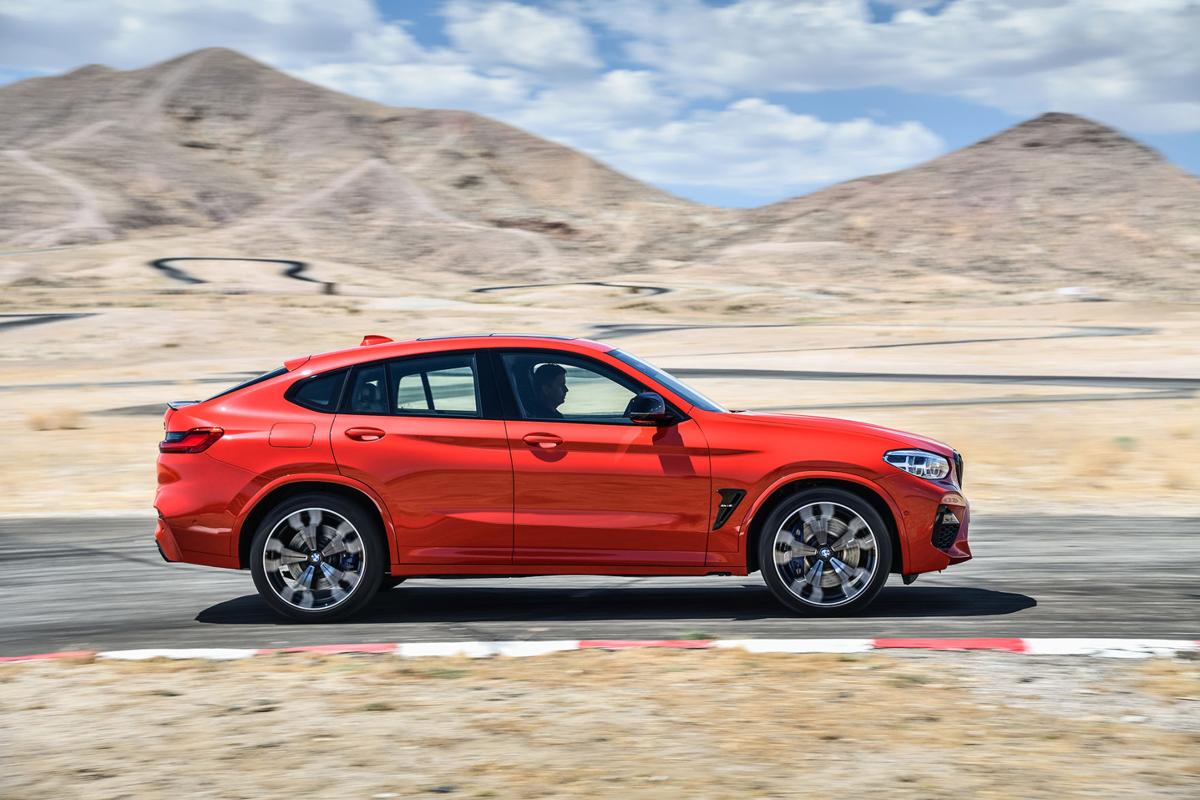 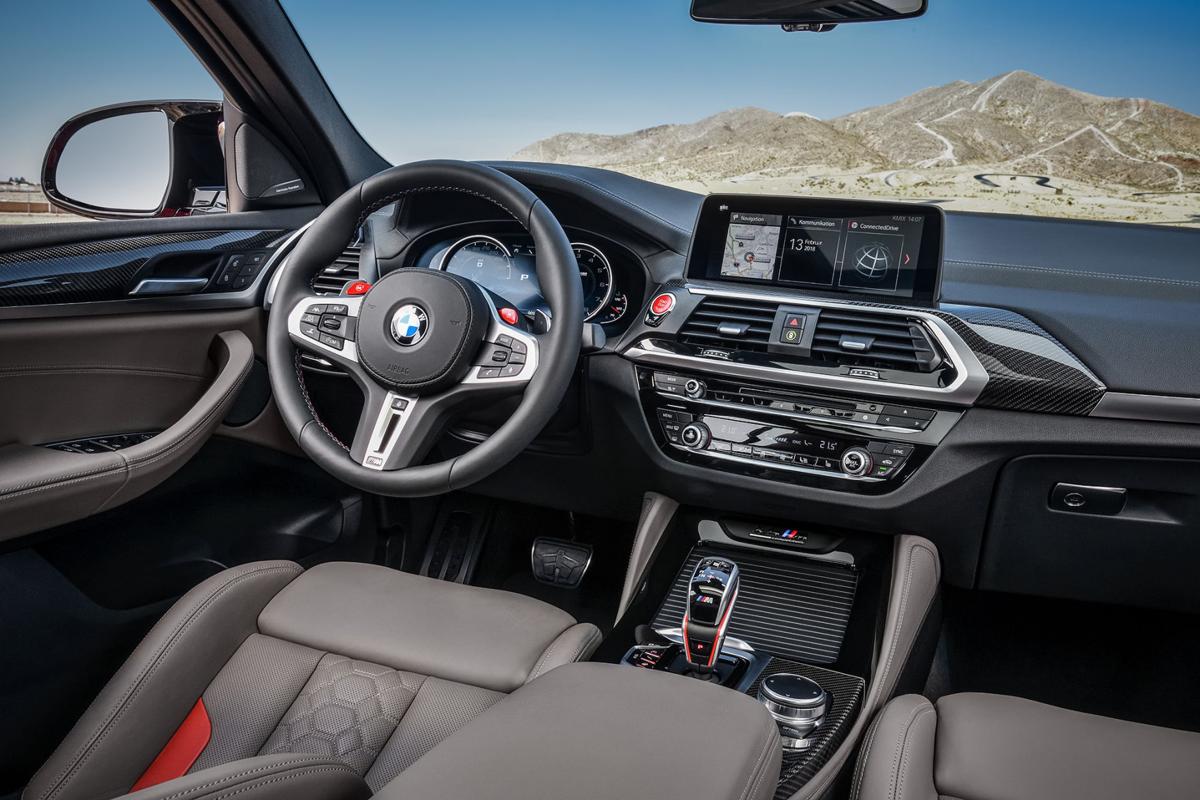 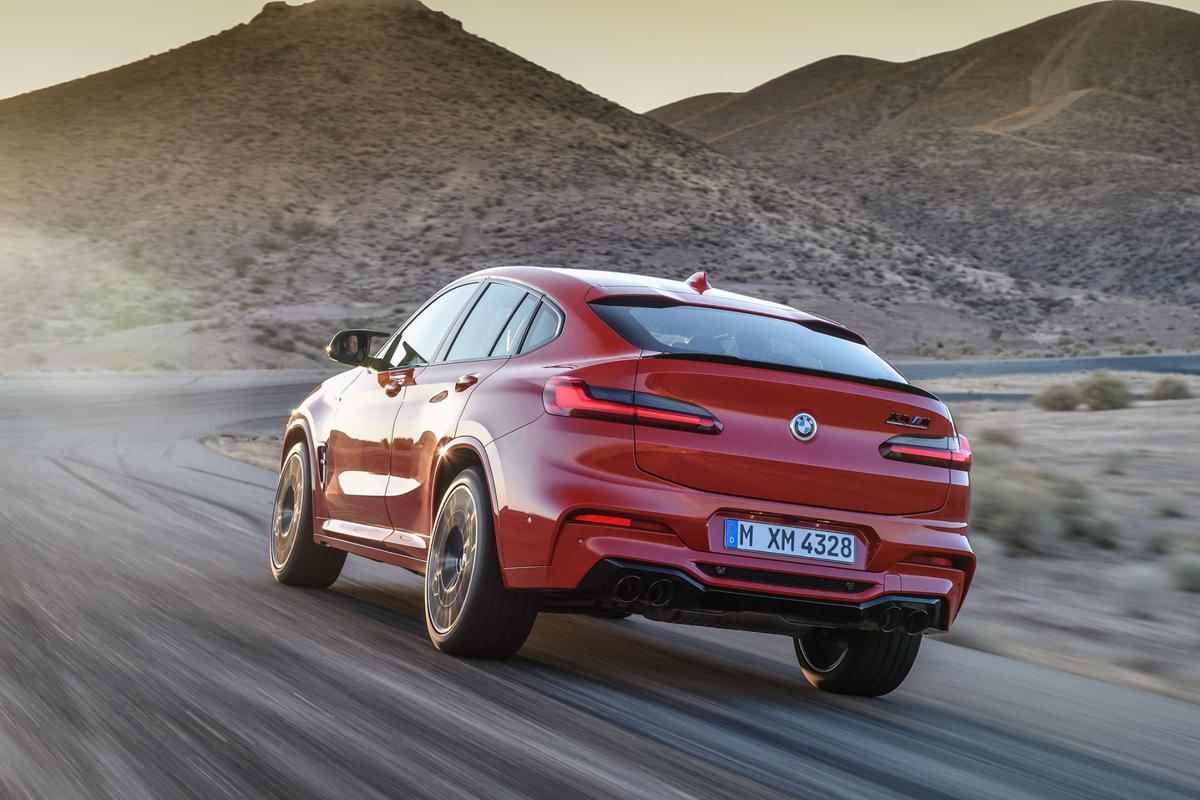 The 2020 BMW X4 M is a bulbous five-door SUV with a coupe roofline riding high over the tarmac. BWM Group 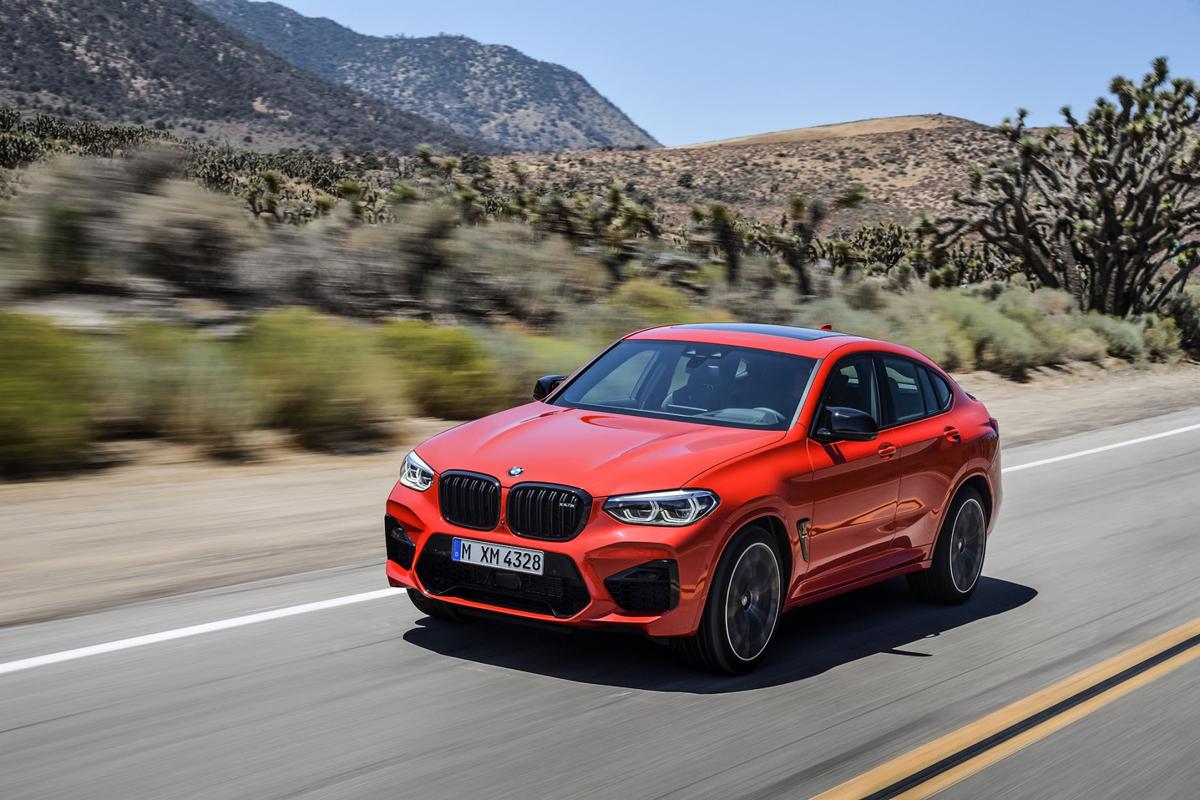 The 2020 BMW X4 M is a bulbous five-door SUV with a coupe roofline riding high over the tarmac. BWM Group

I remember picking up my 2001 BMW M3 like it was yesterday. The sleek coupe hugged the ground with its front spoiler just inches off the asphalt. Its 330-horsepower, naturally aspirated inline-6 cylinder 3.2-liter engine put out a rare 100 horsepower-per-liter through the rear wheels at a screaming 8,000 rpm. Its six-speed manual transmission begged to be revved to redline.

My, how things have changed.

For 2020 BMW has introduced the X4 M, a bulbous five-door SUV with a coupe roofline riding high over the tarmac. Under the bonnet sits a 3.0-liter, forced-induction, twin-turbo inline-6; it feeds all four wheels via an eight-speed automatic gearbox. There’s not a manual transmission in sight.

What’s more in this Age of SUV, the BMW has favored this Franken-ute with its most-powerful inline-6 ever. It gets this engine even before the M4 (as the M3 coupe is now called). So the X4 M makes 503 horsepower and the M4 a mere 425. The nerve.

But before you deduce that everything at BMW has gone to hell ... well, I went to Hell.

Hell, Michigan, that is — home of the most forbidding roads in all of our Great Lakes State. I picked a particularly hellish November night to go: pitch-black sky, roads slick with rain and leaves, air frosty as a witch’s nose. If a BMW sport-ute is to earn its performance stripes, then it had better be able to manage Michigan’s most devilish secondary roads.

That, and I loved telling the Bimmer’s navigation system to “Go to Hell.”

It’s not just the market’s taste for SUVs and turbos and automatic transmissions that have changed — the last two decades have transformed BMW interiors. With a big push from Silicon Valley’s Tesla, the X4’s console infotainment screen is a digital wonder. Heck, my ‘01 had just a small radio display.

The X4 M’s screen is a comprehensive display with crisp graphics and endless pages that allow you to configure your vehicle’s drive modes, radio presets, head-up display and safety systems. Safety systems include adaptive cruise-control, lane-keep assist, automatic braking, 360-degree park-assist and automatic seat-eject at impact with parachute (just kidding about that last one).

All this doesn’t come cheap, of course, and a base X4 M lists a healthy $7,000 higher (inflation adjusted) than my 2001 M3. Consider $4,000 of that the SUV premium, courtesy of hatchback and all-wheel-drive.

The screen can be controlled via a dexterous iDrive rotary knob, direct touch or voice commands. With my hands wrapped around the meaty, heated steering wheel, I preferred voice commands which were as good as anything this side of Siri.

“Go to Hell!” I barked and the beautiful screen quickly sketched my path to the Michigan burg’s infernal roads.

Interstate 96 toward Hell was bliss in the BMW’s stuffed lounge chairs. Heavily bolstered for the g-loads to come, the 18-way seats are comfortable, never pinching my 6-foot-5 frame. The rear seats are another matter. Already cramped for long legs, the X4’s sloped roof — to give the ute a coupe-like look compared to its more-upright sister X3 M (yes, there’s another one!) — also cramped my neck. That’s not much different than my old M3.

Happily, BMW has made full use of the SUV’s cargo space. Not only do the rear seats fall flat to accommodate, say, a bicycle, but BMW has thoughtfully taken a page from family utes: It added a sub-layer of storage under the cargo floor to house muddy shoes or other loose ends that might otherwise clatter around in back.

Despite 173 more horsepower than my old M3, the X4 is noticeably quieter. And that’s not necessarily a good thing. I loved the raspy howl of the ol’ inline-6, but the X4 so swathes its passenger in quiet comfort — the better to hear the sweet nav voice tell me “You have arrived at your destination” — that it’s hard to hear the 503 turbocharged ponies pummeling the pavement. At least there’s an exhaust amplification button.

The same electronic magic that has transformed the car’s interior, of course, has also transformed this 4,500-pound rhino (1,000 pounds heavier than my old M3) into a blast to drive fast.

Staring through the rain-splashed gloom of Hell’s Glenbrook Road in the dead of night, I engaged launch control. I let loose the brake at full throttle, and the beast exploded forward as if on rails.

With state-of-art electronics managing grip to all four paws of this rear-biased machine, the X4 M shrugged at the damp pavement. The 60-mph mark blew by in under 4 seconds (3.3 seconds is the official Car and Driver count, an astonishing 1.5 second quicker than my M3), the eight-speed tranny flicking off millisecond upshifts.

Into Hell’s twisted curves I hurtled, the ginormous 15.6-inch brakes bringing the two-ton-plus beast to heel. The rhino danced through turns, the SUV’s all-wheel-drive proving much superior to a rear-wheel drive sports car’s grip in the clammy conditions. Too much throttle? I could feel the electronics quickly adjusting torque to all four wheels to maintain grip.

I could also feel the car’s turbo-lag off corners. No problem. With a leftward shove of the Bimmer’s monostable (which operates on an east-west axis instead of the usual north-south), I was in manual mode. I toggled shifts with the steering wheel-mounted paddles, maximizing torque by keeping the revs high.

A I learned the SUV’s moods, I could program (more digital refinement) my preferred chassis settings — Sport Plus for stiffened shocks and performance trannny response, Sport for steering, Traction Control for slick conditions — with buttons on the steering wheel.

As I left Hell, I was almost convinced that an M-badged SUV is a good idea. But as good as the X4 M is, its lighter, sleeker, lower M4 sibling is that much better. The M4’s athletic bod can change direction like Barry Sanders in the open field.

So at least basic physics haven’t changed. But the X4 M bends them to its will more than you could imagine.

Henry Payne is auto critic for The Detroit News. Find him at hpayne@detroitnews.com or Twitter HenryEPayne.