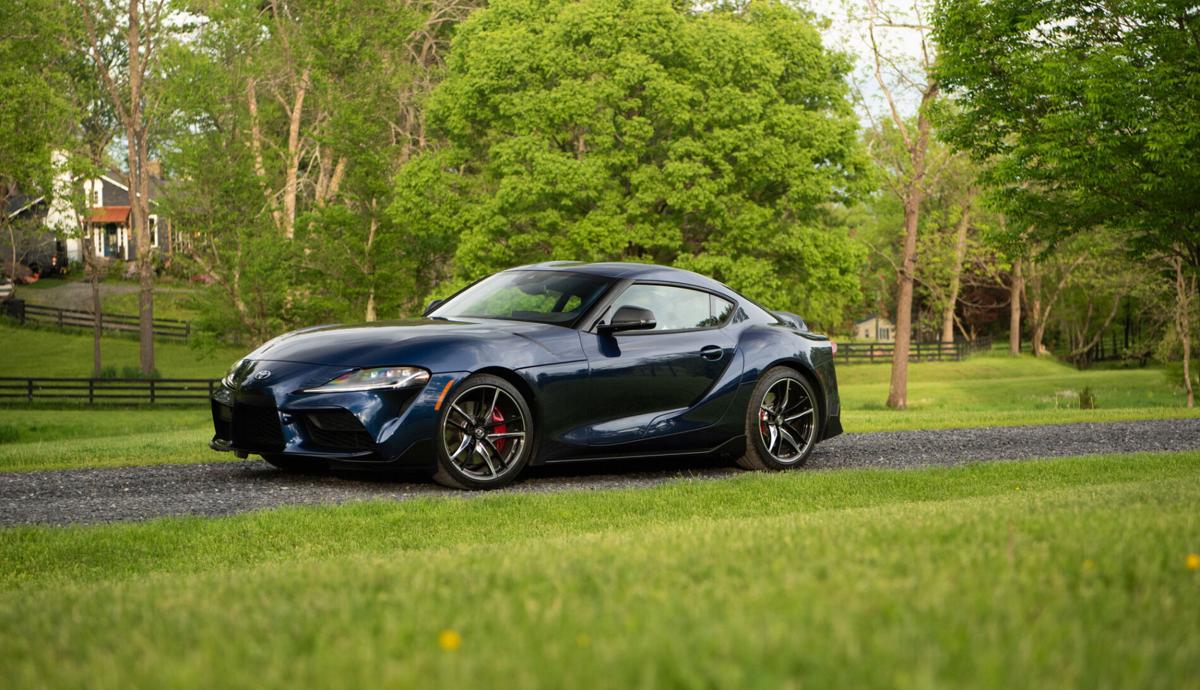 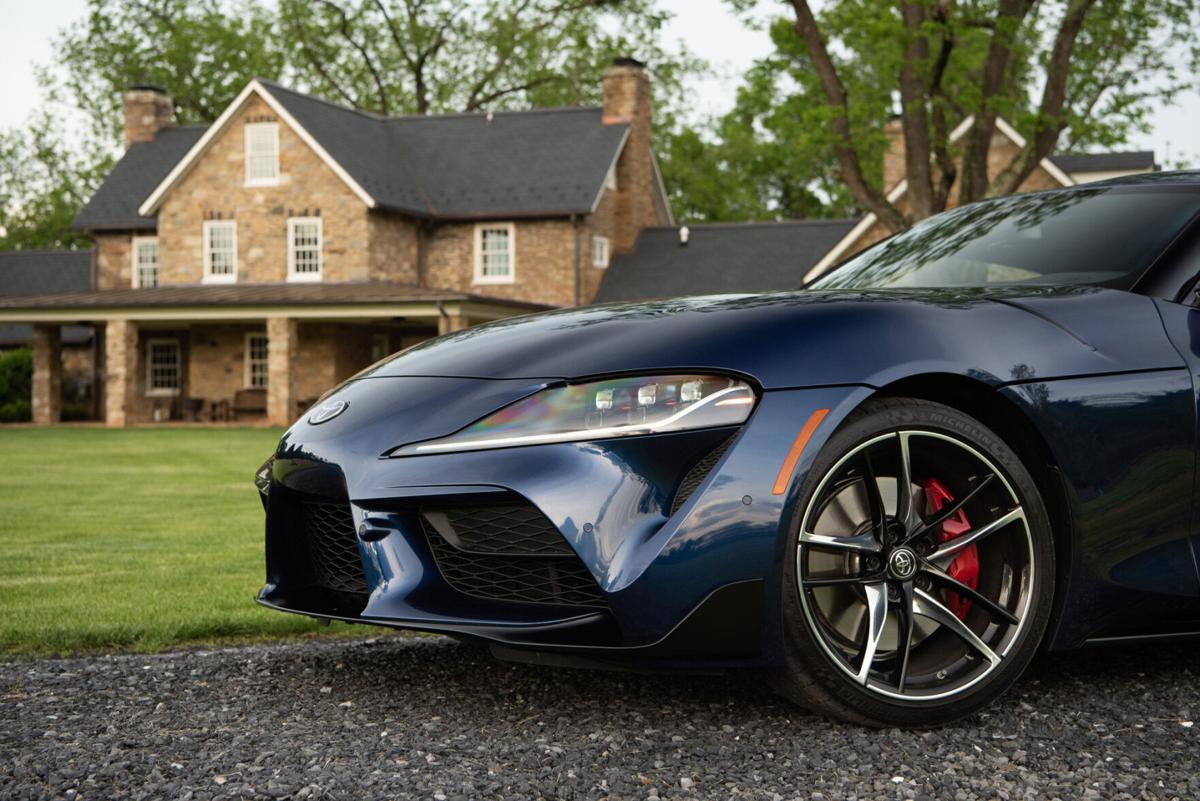 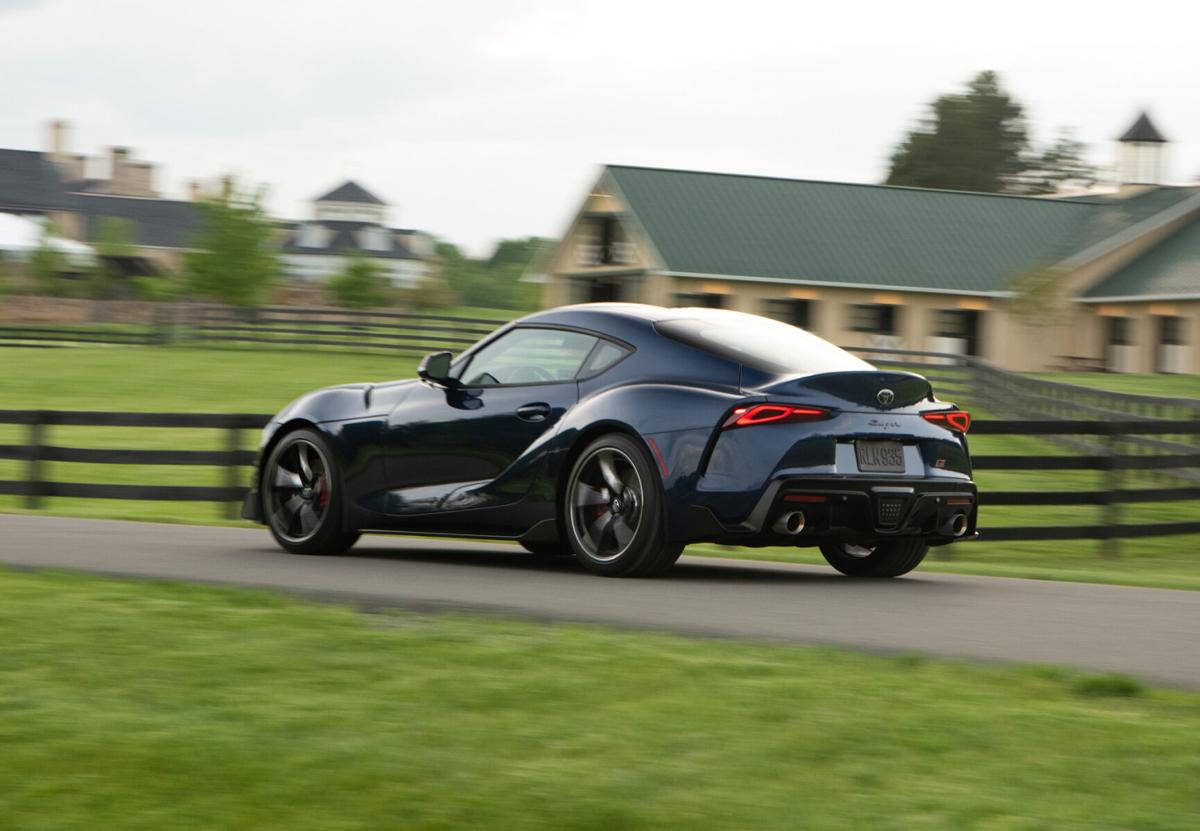 DETROIT — The Toyota Supra is back after two decades away, and Americans are thankful.

I took Toyota’s hot rod up north for a weekend and I haven’t seen a car swarmed like it since I drove a scissor-door 2016 BMW i8 around Motown. At a traffic light in the middle of Petoskey, Mich., everyone stopped in their tracks to ogle the Supra.

Sure, the Skittle-yellow color had something to do with it. But the Supra is also one of the most ferocious-looking cars on the road today. From its long, LeMans prototype-inspired snout to its double-bubble roof to its lion haunches, Supra is a rolling biceps muscle.

“You’ve got to take me for a ride,” said car pal Mary, who had been properly circumspect about drives in new cars during the COVID lockdown. She had resisted the Ram Power Wagon, the Mazda Miata and the Jeep Gladiator Mojave. But she couldn’t resist a go in the Supra rocket.

After a short jaunt — the turbocharged, 3.0-liter, inline-6 cylinder howling like a wolf while its 8-speed tranny cracked off quick shifts — she was a giggling puddle in the right seat.

Yes, Supra 3.0 (for the 3.0-liter engine within) backs up its sensational looks with outrageous driving abilities. And affordable pricing to boot.

I almost felt sorry for the $100,000-plus Lexus LC500 convertible I had tested a week prior, which is no slouch in the sex-appeal department. Store the LC500’s hardtop in the boot with a touch of a button and you have a front-row seat to an open-air V-8 concert. But it’s no Supra.

Which is actually two BMWs. Because, truth be told, the secret of the Supra’s success is it shares its bones with BMW’s fabulous Z4 Roadster.

Given the high regulatory costs of developing low-volume sports cars these days, Toyota teamed up with its Bavarian counterpart, just as Mazda did with Fiat to build the current-generation Miata. Toyota got a heckuva deal.

Toyota took BMW’s chassis, engine and interior tech, wrapped it in a yowza Supra shell, and tuned the suspension for its natural Fast ‘n’ Furious clientele. I first tested the Supra at Summit Point Raceway last year and it’s a car that loves to be thrown around. Its neutral suspension tuning encourages lurid slides through slow corners before exploding down straightaways to that glorious I-6 soundtrack.

At Michigan Beach in Charlevoix, my wife and I could barely see the sunset for all the dudes giving the Supra thumbs up. Huge front intakes set under brooding, wrapped headlights feed 335 horses in the 2020 model — a whopping 382 if you wait for the 2021 model hitting showrooms this summer.

Toyota Chairman Akio Toyoda wants his new generation of Toyotas and Lexi to be eye-catching. Some are misses, but the Supra’s a hit.

It’s especially noticeable from the rear with five-spoke wheels wrapped in fat 11-inch-wide tires under bulging fenders. It reminds of the ‘70s Porsche 935 race cars I coveted as a teen. Toyota likes the look so much it’s shared with the Highlander SUV.

“You know, the old Supra was a good-looking car,” said a middle-aged gent circling the Supra in a grocery store parking lot. “And this thing looks cool, too.”

Also cool? My Supra 3.0 is five-grand cheaper than the four-cylinder, 255-horsepower BMW Z4 I brought up north last year to explore the same roads. New for 2021 is an even more affordable $47,000 Supra 2.0 equipped with the same BMW turbo-4.

But if you can spare the extra coin, go Supra 3.0.

The inline-6 is one of BMW’s jewels, and it aligns with Supra’s own inline-6 heritage. There was no race track up north to exercise the Supra, but M-32’s writhing curves were a satisfying substitute. I resisted the urge to drift, but the Supra still enjoyed the occasional tail wag under power.

It was a remarkable contrast with the Z4 — the BMW handling tidy as a good German should be. It’s also very different than the LC 500, which felt like a portly boulevard cruiser next to the whip-quick, 1,000-pounds-leaner, 3,397-pound Supra. I can’t believe I’m dissing the Lexus with a Toyota, but the Supra is that good.

Its full name is Toyota GR Supra 3.0 — after Toyota’s racing arm Gazoo Racing — and the little sports car comes with a Sport mode that really turns up the wick. Tap the console button and the exhaust baritone drops an octave. The suspension tightens like a cheetah in tall grass. I put the eight-speed automatic in manual mode. POUNCE!

Shifting at the 7,000-rpm redline, the sound is addictive. Hard on the red Brembo brakes, the engine breathes out, the dual rear pipes farting and popping. It’s obnoxious in town, irresistible on the open road.

But when the road flattens out, the BMW-crafted interior pays dividends. I mean, think about it — it’s a Toyota with a BMW interior.

Driving north for miles on I-75, the Supra’s bolstered sport seats are a pleasant place to be. The instrument display is styled after the LC 500 with its big tachometer, but the console is all BMW. Like Z4, the tablet infotainment screen features crisp menu pages that can be swiped by touch — or operated with the BMW’s best-in-the-biz remote rotary-dial. My carbon-fiber wrapped console also features BMW’s space-efficient monostable shifter.

Supra’s hatchback (like an old, front engine Corvette C7 for motorheads still pining for a front-engine beast) allows surprising space for two passengers and their luggage. This is not an Alfa 4C or Miata. An annoying negative: the hatch causes bad interior buffeting when you want to drive with the windows down.

At a service station off I-75, a mom leaned out the window of her SUV while her young son snapped Supra pictures from the backseat.

“I loooove the Supra,” she said. “I’ve seen two in white and black, but I really like it in yellow.”

As I exited West Branch onto the interstate, I punched the Sport button and hit (censored to protect my license) mph on the entry ramp before settling down to 80 mph for the rest of the trip north. Like all Toyotas, Supra was generously equipped with high-tech features like blind-spot assist and adaptive cruise-control to make the interstate miles more relaxing.

So that when you hit the twisties, you’re ready to rumble.

Henry Payne is auto critic for The Detroit News. Find him at hpayne@detroitnews.com or Twitter @HenryEPayne.