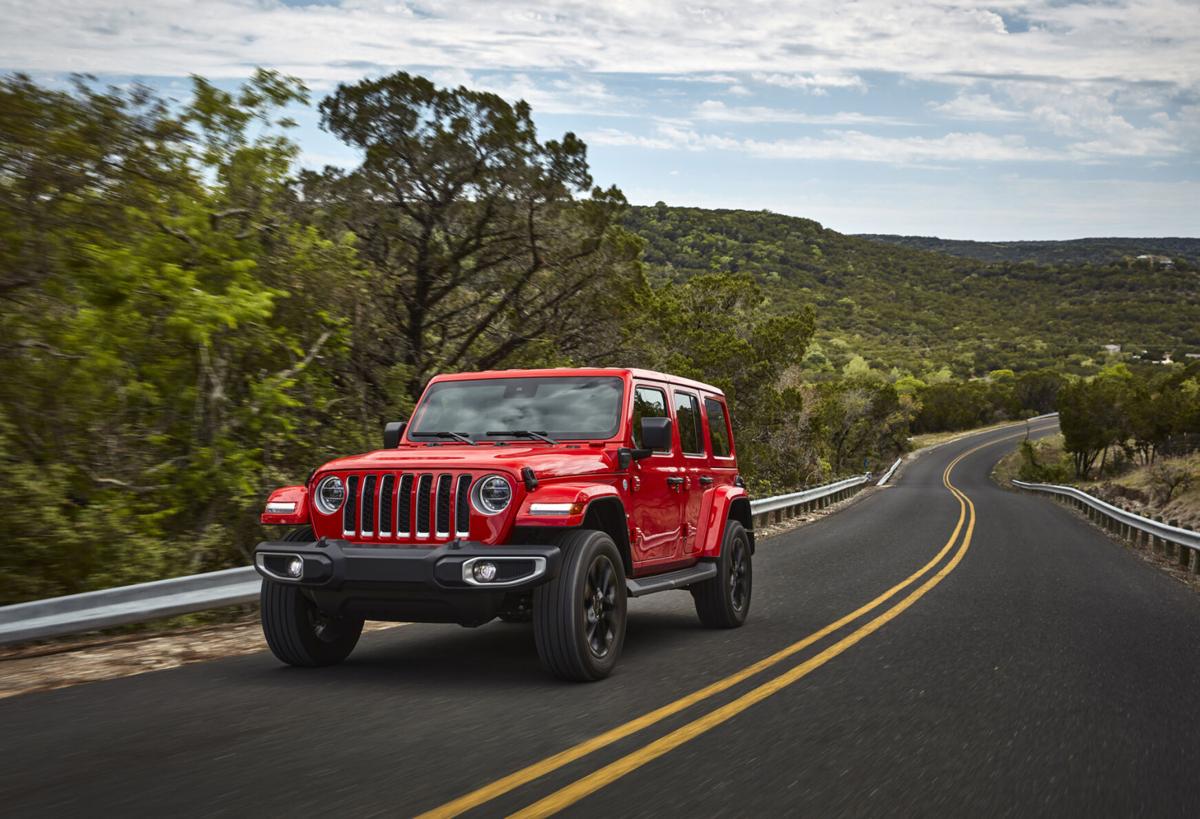 The 2021 Jeep Wrangler 4xe is offered in the Trail-rated Sahara trim. Stellantis/TNS 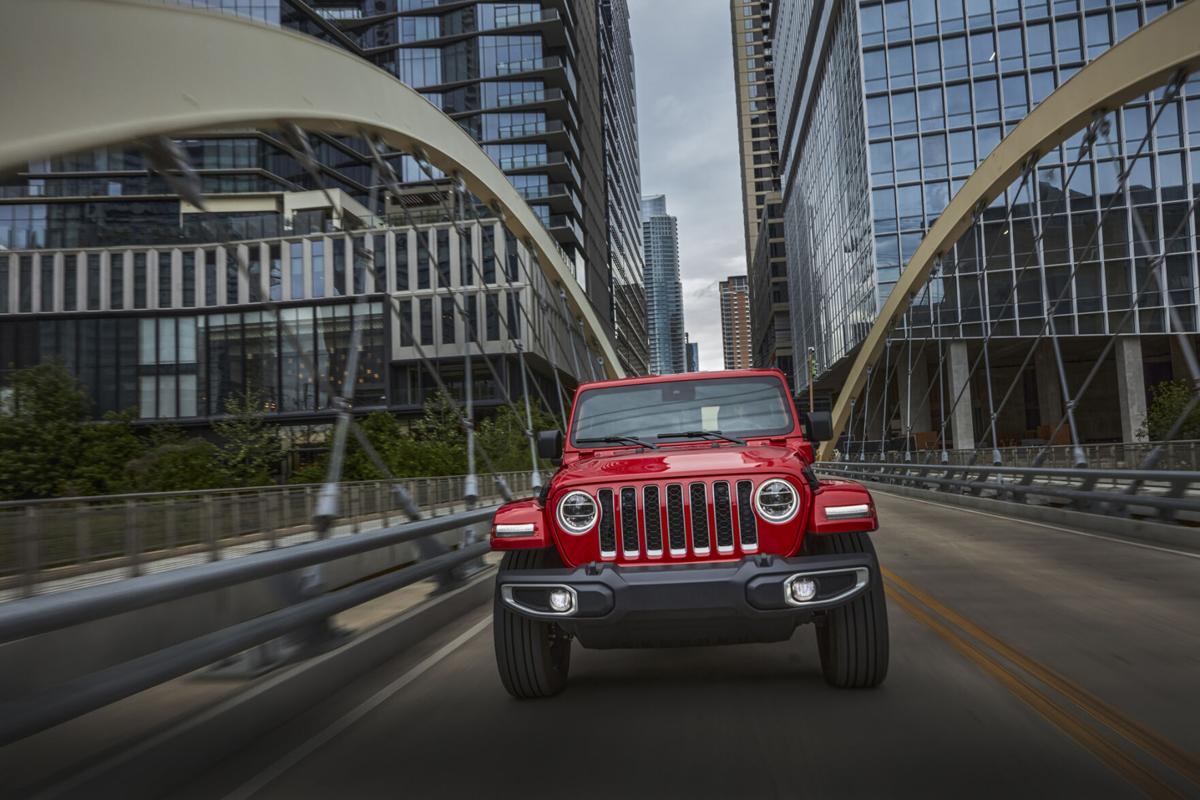 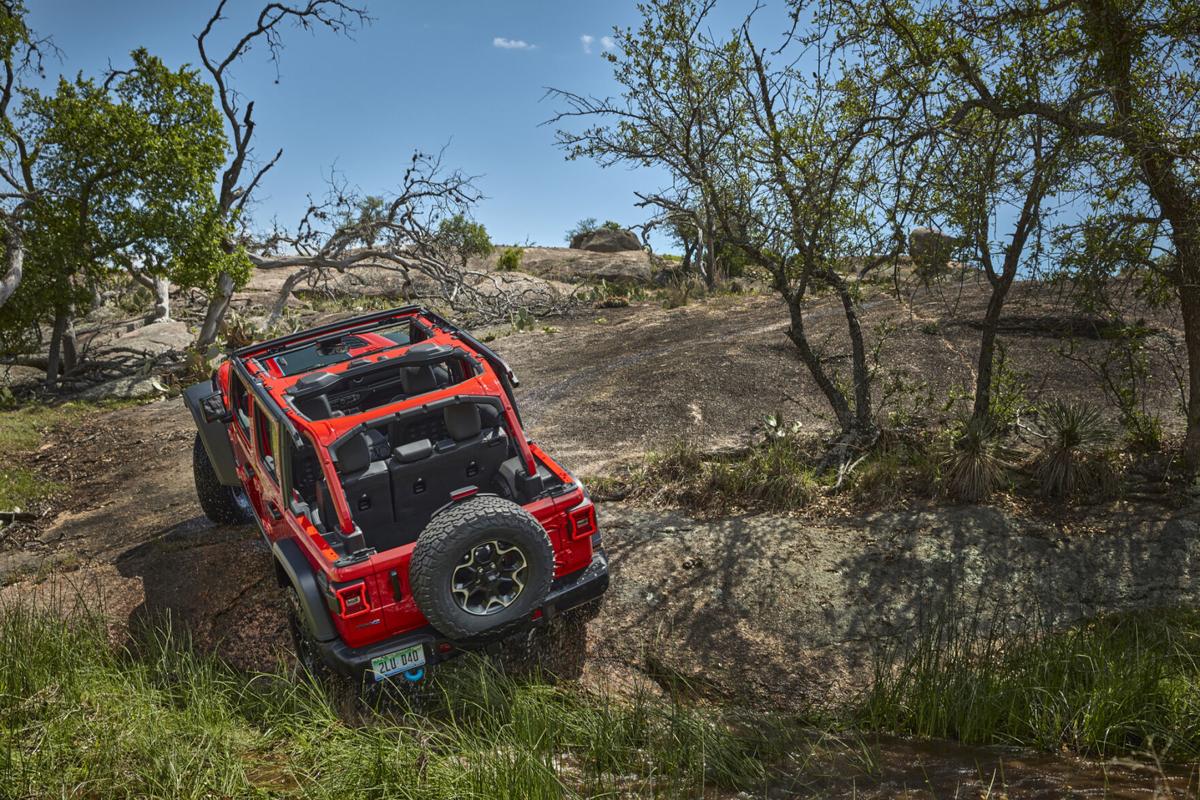 The 2021 Jeep Wrangler 4xe is offered in the Trail-rated Sahara trim. Stellantis/TNS

AUSTIN, Texas — In a world where the unthinkable now seems commonplace, Jeep has gone and given the iconic Wrangler a serious dose of green cred in the form of the hybrid-electric Wrangler 4xe (four-by-E), to be followed by a Jeep Grand Cherokee 4xe later this year.

“We’ve made the commitment to be the greenest SUV brand,” said Jim Morrison, head of the Jeep brand during the model’s initial test drive last week.

But the question remains, is it a real Jeep Wrangler? Putting it through its paces at Inks Ranch in Llano, Texas, the answer is an unqualified yes.

Offered in Trail-rated Sahara and Rubicon trim the Wrangler 4xe’s differences start when you approach the driver’s door. There, perched next to it on the fender, is the plug to recharge the 400-volt, 17-kWh, 96-cell lithium-ion battery pack, a chore that requires a mere two hours with a 240-volt outlet, or an endless 12 hours using 110 volts. This nets you 21 miles of pure EV driving, enough to cover most Americans commute for those of you who still have one. Looking around the vehicle, the only other hint that you’re driving the hybrid is the Wrangler’s light blue tow hooks. Inside, to make room for the battery pack (which is totally submersible in water), the rear seat is bumped up a few inches, although it still folds.

But there are differences you can’t see, such the Jeep Wrangler 4xe’s powertrain. It consists of two electric motors; one acts as the starter/alternator while the second mates to the eight-speed automatic transmission, which lacks a torque converter. They’re paired to a turbocharged 2.0-liter double-overhead-cam four-cylinder engine, used in the wrangler since 2018, and an eight-speed automatic transmission that produces 375 horsepower and 470 pound-feet of torque. Only the V-8-powered Wrangler 392, rated at 470 horsepower, is more powerful.

Once you try the 4xe, you may not miss the 392’s extra juice; 0-60 mph takes a mere six seconds, although it feels faster. The instant torque that its electric motors provide make the Wrangler 4xe a kick to drive in civilization, which is typically not a Wrangler’s strong point. The 4xe’s electric power funnels directly through the clutch to the wheels, so there’s no delay waiting for the torque converter in the transmission to shift. The hybrid driveline and its added weight, most of it low in the chassis, provides an unexpected benefit; the Wrangler 4xe feels surprisingly planted at high speeds, something you’d never say of its siblings.

In addition, the driveline can be fine-tuned using the hybrid driving mode, a pure electric driving mode or an E-Save driving mode. The first two are self-explanatory; the third shuts off the electric motors to save the juice for when you need it.

Like other hybrids, you can adjust the brake regeneration, which captures energy generated while decelerating. Set to max, it allows for one pedal driving, maximizing fuel efficiency. And despite not using a brake pedal, the brake lights come on if deceleration is strong enough.

And don’t be fooled by the EPA ratings of 20 mpg in combined highway mode; an hour-and-a-half mix of city/suburban/highway driving west of Austin, without any attempt to hyper-mile, returned 25 mpg — not bad for a vehicle with the aerodynamics of a brick. Yet it can tow up to 3,500 pounds and ford 30 inches of water.

Despite these numbers, it’s still understandable why you might doubt the Wrangler 4xe’s abilities; hybrids aren’t known as off-road warriors — until now. It offers the extreme four-wheel-drive capability Jeeps are known for, but with an unusual twist. Despite the 4xe’s off-the-line liveliness, it’s another story when rock crawling, particularly in electric-only mode. The Wrangler’s other powertrains lack the sensitivity that 4xe’s provides; throttle response is ideal, affording confidence in the trickiest of situations, like the 32-degree departure angle down the side of a rock that the 4xe dispatched with ease. Fording a stream seemed like second nature, despite all of those EV components buried under its skin. Yet nothing prepares you for how quiet this rig really is. You can hear the water swirl as you make your way down the stream, or the tires crunch as they move across the fauna, or the birds singing when you come to a stop. Yes, you can hear the suspension doing its work as well; in EV mode, there’s no gas engine to mask the noise. It’s magical.

The rest of the story

Otherwise, the Wrangler 4xe is very much like any other Jeep. The question becomes, does it pencil?

Nevertheless, the 2021 Jeep Wrangler 4xe is about more than its monetary savings; it’s about burning less fuel, something that only adds to its off-road athleticism.