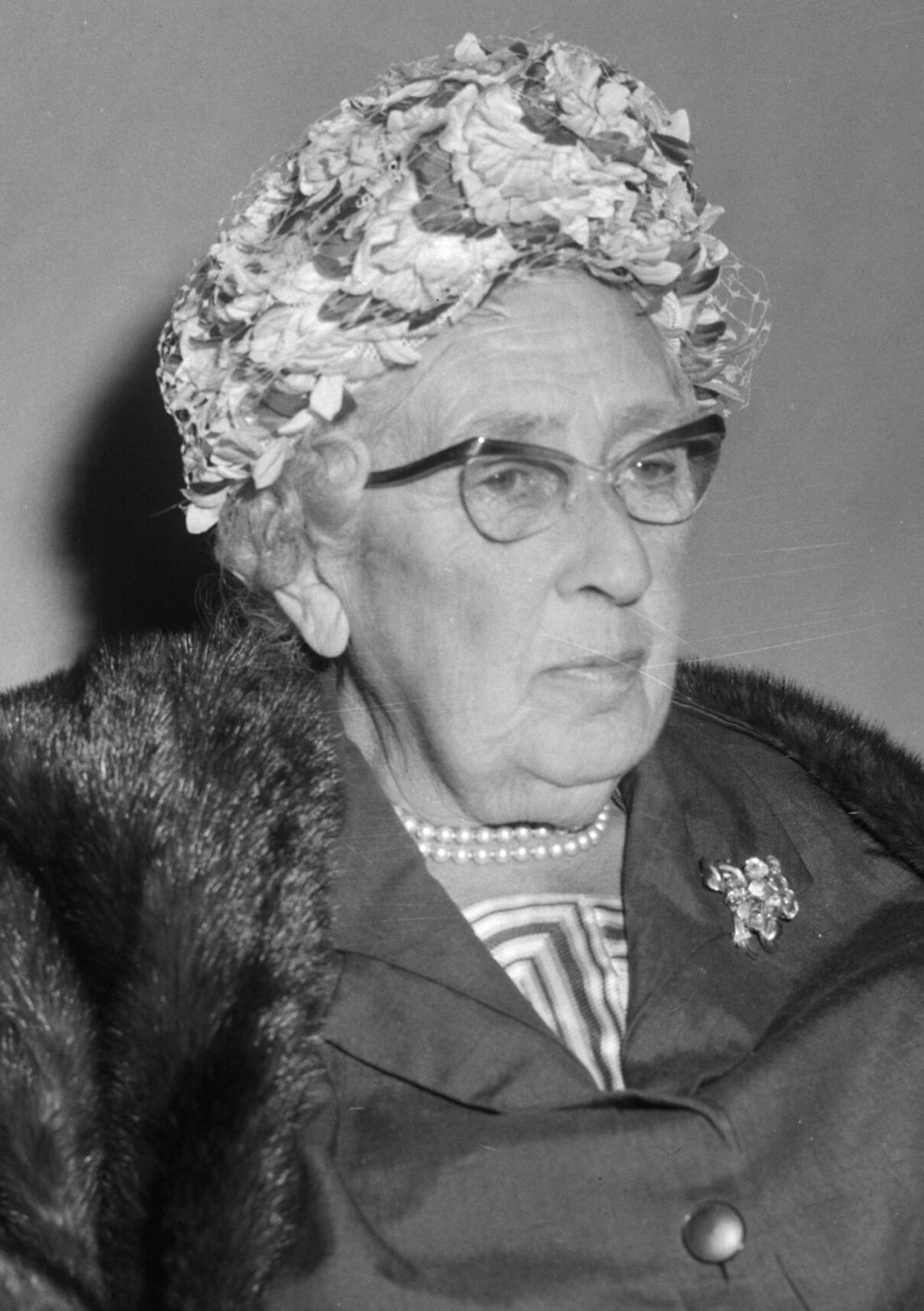 While Agatha Christie is known to scowl in virtually every photo, she had a good sense of humor. Wikipedia 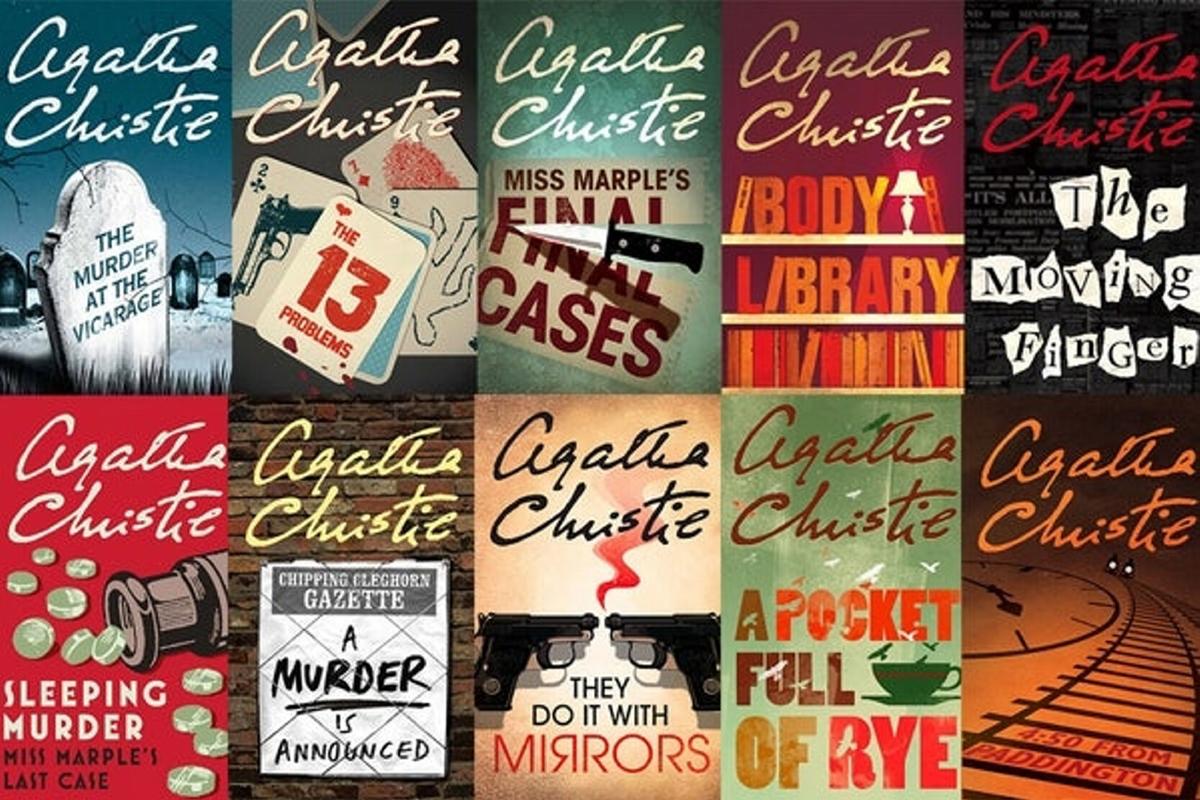 While Agatha Christie is known to scowl in virtually every photo, she had a good sense of humor. Wikipedia

I’ve had the good fortune to fall in love with Agatha Christie’s murder mysteries twice.

I was in grade school when my grandmother introduced me to the writer whose more than 2 billion books sold makes her the bestselling novelist of all time. I’d never been to England, couldn’t relate to its class struggles and was four decades younger than Christie’s detectives, but I was hooked immediately.

It happened again more than 40 years later when I reread her mysteries in order and blogged about them. Even when I remembered whodunit, it was like discovering the books all over again.

This month is the 100th anniversary of Christie’s first novel, “The Mysterious Affair at Styles.” Somewhere in the world, someone is probably reading it for the first time right now.

Though it’s not one of her best, “Styles” introduces the Belgian ex-cop who will become one of the most popular characters in all of detective fiction, Hercule Poirot, who is persnickety, droll and fully formed right off the bat. The post-World War I setting launches what will amount to a history of 20th-century England over the course of about 80 books. And although her writing would improve, Christie immediately wins a bet with her sister that she could do better than the mysteries they were reading.

Christie died in 1976 but remains a publishing powerhouse. Airport shops almost always have a couple of titles and new — or “new” — ones keep coming. “Midwinter Murder,” a repackaging of 12 stories, hits shelves next week. Last month brought two genuinely new works: Sophie Hannah’s “The Killings at Kingfisher Hill,” part of a series of Poirot mysteries commissioned by the Christie estate, and Andrew Wilson’s “I Saw Him Die,” from a series where a fictitious Christie gets all “Murder, She Wrote” to solve crimes.

Reading her books, you notice patterns.

When she starts traveling to the Middle East with her archaeologist second husband, her murderers go there, too. Cooks are constantly being dismissed for “a heavy hand with pastry,” whatever that means. Good always defeats evil.

Familiarity is part of her appeal; her books are called “cozies” because they skip blood and grief in favor of the puzzle aspect of a murder. (She barely mentioned World War II while it was happening but dove into its aftermath, including the rationing that continued into the 1950s.)

While Christie wrote an unrevealing autobiography, her life really emerges in her mysteries. She wasn’t religious. She loved the theater but not actors. She wasn’t nuts about children. She liked men better than women. She loved literature, with Shakespeare frequently figuring in her work, but never mentions Jane Austen and refers just once to Charles Dickens.

Christie was a naif who weathered being publicly dumped by her first husband, losing both parents suddenly, seeing the horrors of World War I as a nurse and enduring a mental illness that led to an extended disappearance. Who could blame her for taking refuge in problems that, within 200 pages, always got solved?

There’s something to be said for each book but if you don’t have the time to plow through all 80, here’s what you need to know about why we still love her.

Her work holds up

If you want the best of Christie, dive into “The A.B.C. Murders,” “Murder on the Orient Express” and “The Murder of Roger Ackroyd,” all with Poirot. The best of wily, small-town Miss Marple includes “A Murder Is Announced,” “Murder at the Vicarage” and “The Moving Finger.” And don’t miss Christie’s droll self-portrait, Ariadne Oliver, a writer who helps Poirot solve murders in “Mrs. McGinty’s Dead.” When in doubt, grab a book from the 1930s, a time when she could do little wrong, but skip the ‘60s, when she attempted to be groovy.

Maybe it’s no surprise that the writer of the world’s longest-running play, “The Mousetrap,” knew from drama. In 1926, after her first husband left her for his secretary, the celebrity author vanished for 11 days. Eventually, it was discovered she had checked into a spa under the secretary’s name, but Christie remained mum about the details. A speculative movie was made after her death, starring Vanessa Redgrave as the writer and Dustin Hoffman as a fictitious detective. There’s also at least one play about the vanishing; Susan Soon He Stanton’s “Seek” sent the novelist (portrayed by Twin Cities actor Christina Baldwin in a 2016 reading at the Playwrights’ Center) to Hawaii for a steamy affair on a pineapple plantation.

From page to screen

In movies and TV, Christie is the gift that keeps on murdering. “Death on the Nile,” from director/actor Kenneth Branagh, was set to open this month but shifted to December. A witty earlier version of it featured Peter Ustinov as Poirot, a role he also played in “Evil Under the Sun.” The splashiest Christie movie is “Murder on the Orient Express,” which won Ingrid Bergman an Oscar and is superior in every detail to Branagh’s 2017 remake. “Witness for the Prosecution,” a clever 1957 thriller starring Charles Laughton and Marlene Dietrich, is scheduled for a Ben Affleck remake. PBS really loves Christie, with TV movies such as a recent “And Then Were None” and the “Masterpiece Mystery” series that featured both Poirot and Miss Marple.

Because her main detectives barely age over the course of 50 years, Christie’s novels seem timeless, but besides twisty plots and vivid characters, they also reflect the society she lived in. Early novels reveal the racism of a woman who grew up sheltered in the late 19th and early 20th centuries, but Christie traveled extensively, which helped her escape that provincialism. While she remained rooted in England’s class structure, her views on race broadened considerably. As early as 1950, when homosexuality was still criminalized in the United Kingdom, her “A Murder Is Announced” includes a sympathetic female couple. (As for confirmed bachelor Poirot and his assistant, Captain Hastings, who describes young men as “exquisite” and deserts his wife to move in with Poirot for an entire year: Please discuss.)

Sense of an ending

Christie was way ahead of of M. Night Shyamalan in her ability to spring surprises. Without spoiling specific titles, her innovations include one where a child did it, one where everybody colluded, one where the cop did it and one where the narrator confessed but turned out to be wrong. Her controversial “The Murder of Roger Ackroyd” came early in her career but has both her best twist and best final line.

Ripped from the headlines

Christie often borrows from history. Most famously, “Orient Express” takes place in the aftermath of a daring kidnapping based on the murder of the baby of Charles and Anne Morrow Lindbergh. An actual tragedy in the life of “Laura” actor Gene Tierney inspired “The Mirror Crack’d.” The social experiments of Stanley Milgram, which investigated our willingness to inflict pain on strangers, inform her 1950s books.

Christie scowls in virtually every photo, which might explain why she isn’t known for her humor, but she’s often hilarious. Her mystery writer Oliver not only eats apples in the bathtub (so did Christie) but she’s an amusing idiot savant who never stops complaining about the foreign detective she wishes she had never created. Both Poirot and Marple are funny in different ways, and Christie characters often toss off observations such as this, from “The Man in the Brown Suit”: “Everyone on a ship is always getting engaged. There’s nothing else to do.”

Last year’s hit “Knives Out” saluted Christie’s trademark: assembling a cast of suspicious types in a grand house and bumping them off, one by one. Meanwhile, like “Downton Abbey,” Christie’s books chart the period in which those homes were falling into ruin because their owners couldn’t afford the taxes or the servants required to keep them up. Eventually, many became hotels or schools — which also became the setting for Christie murders.