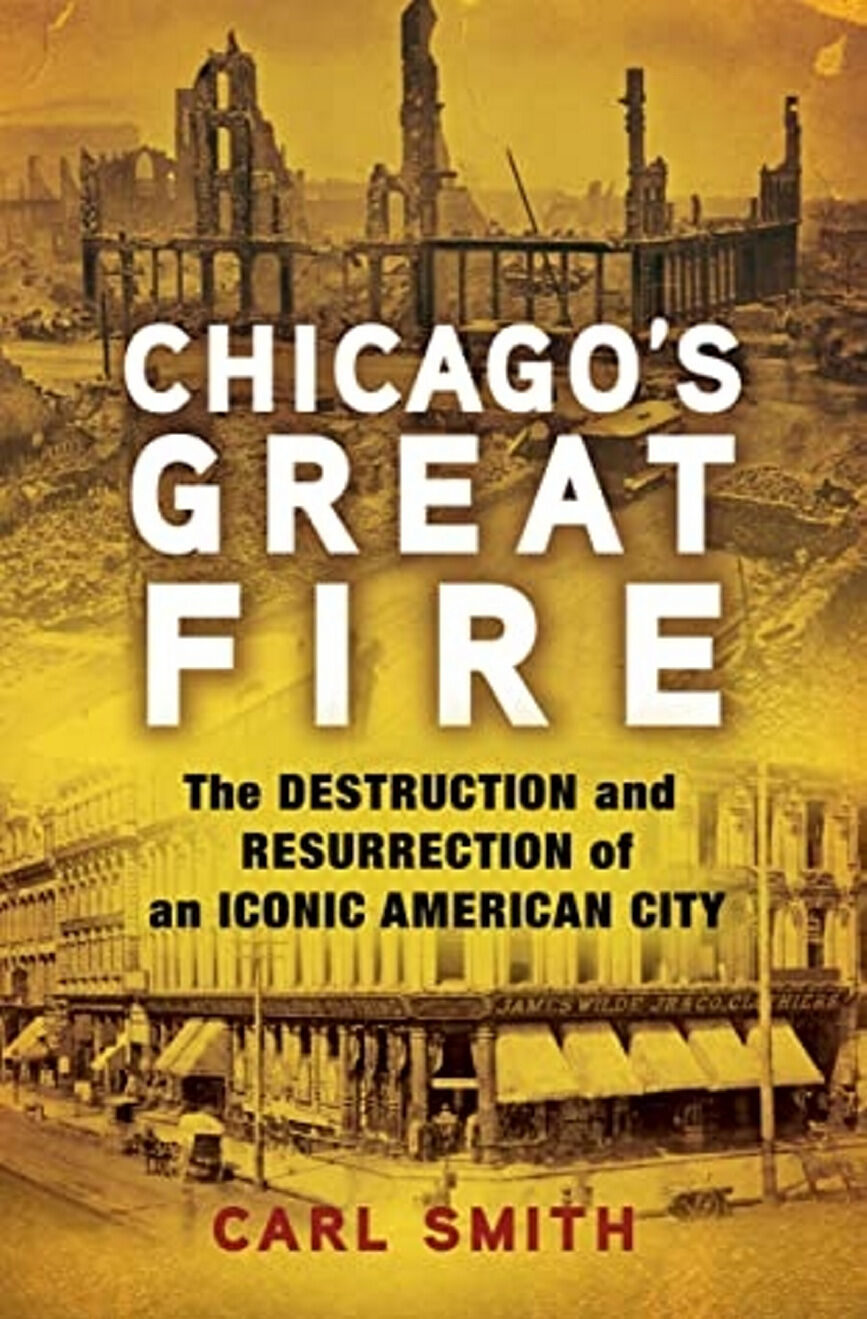 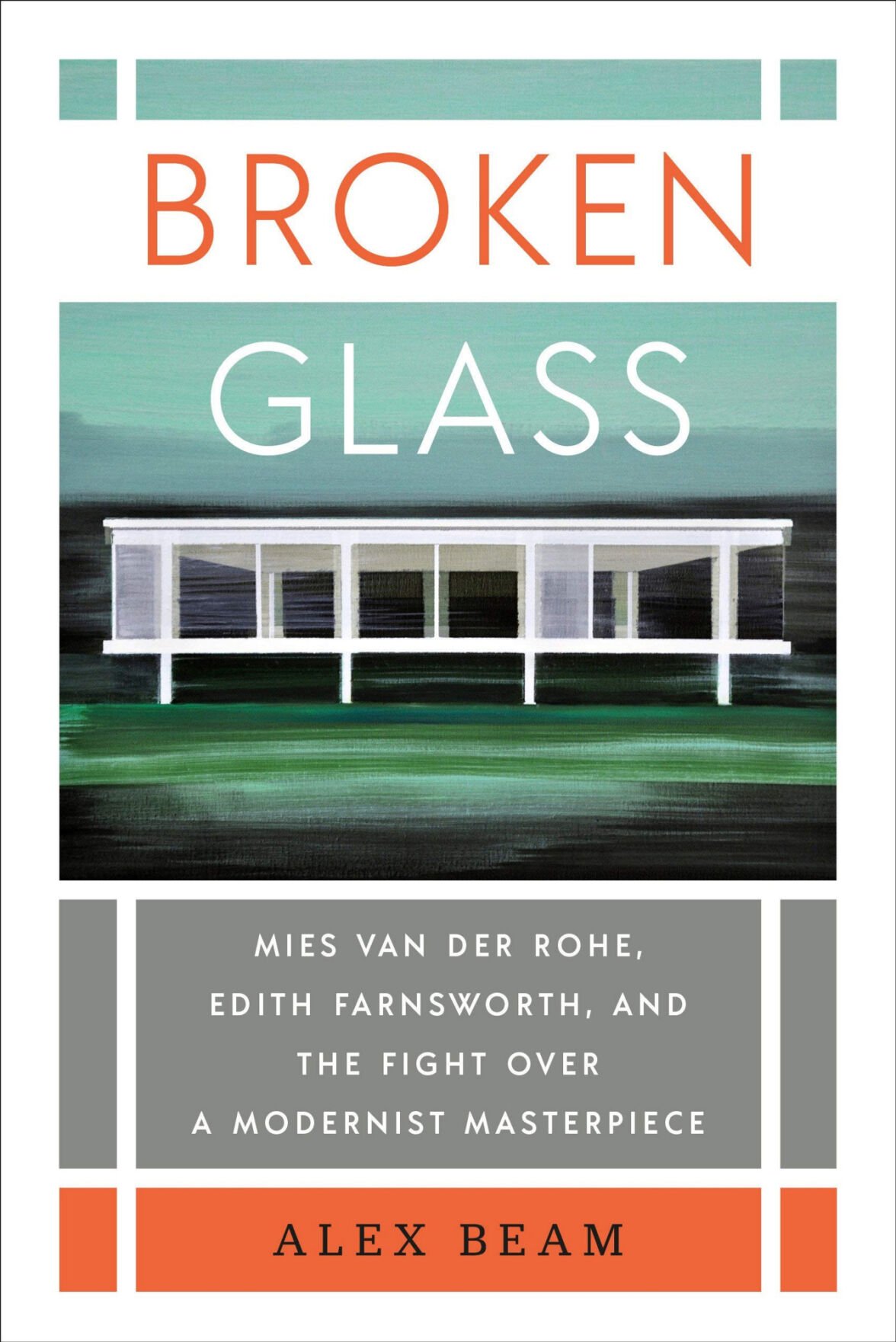 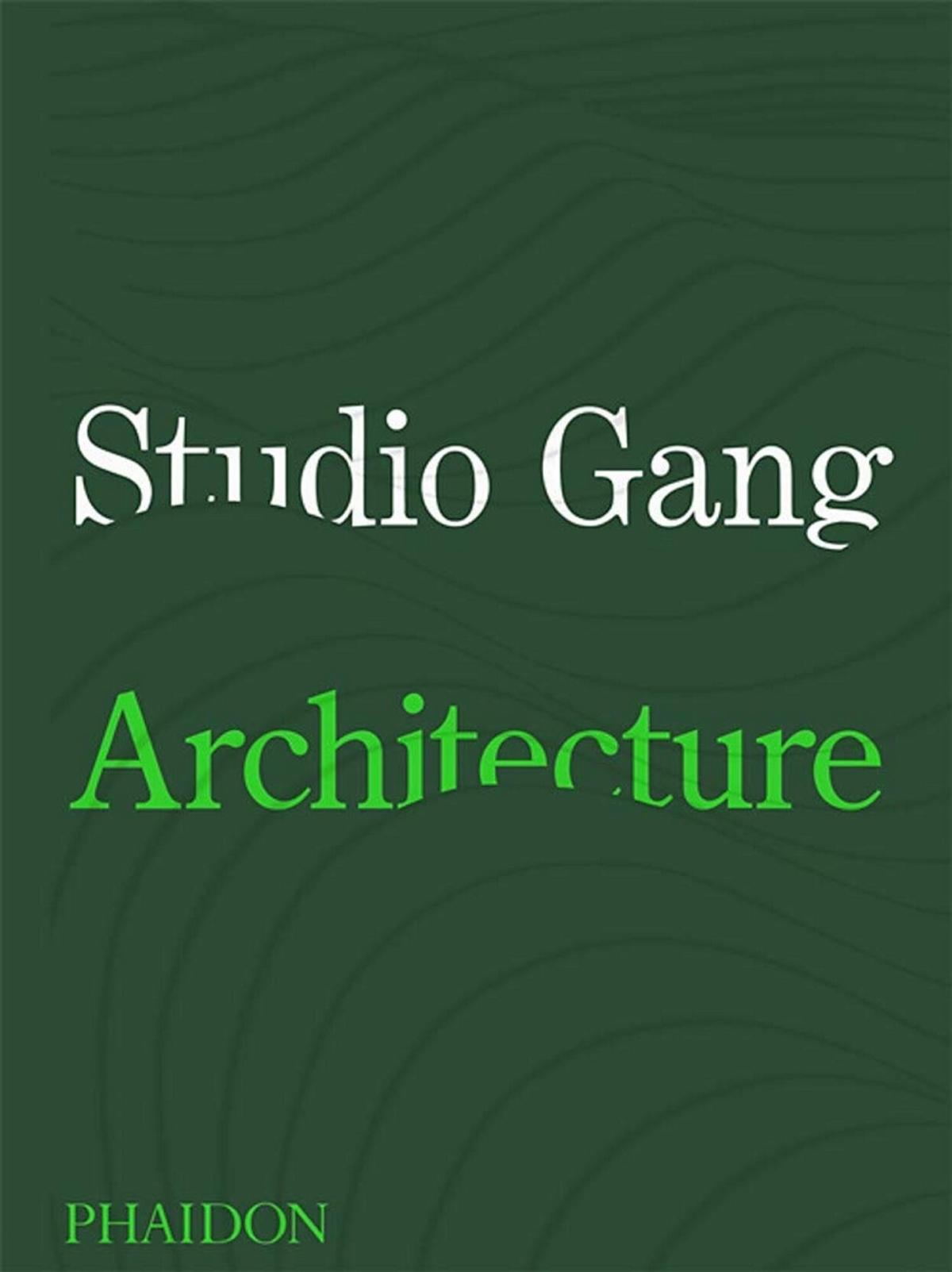 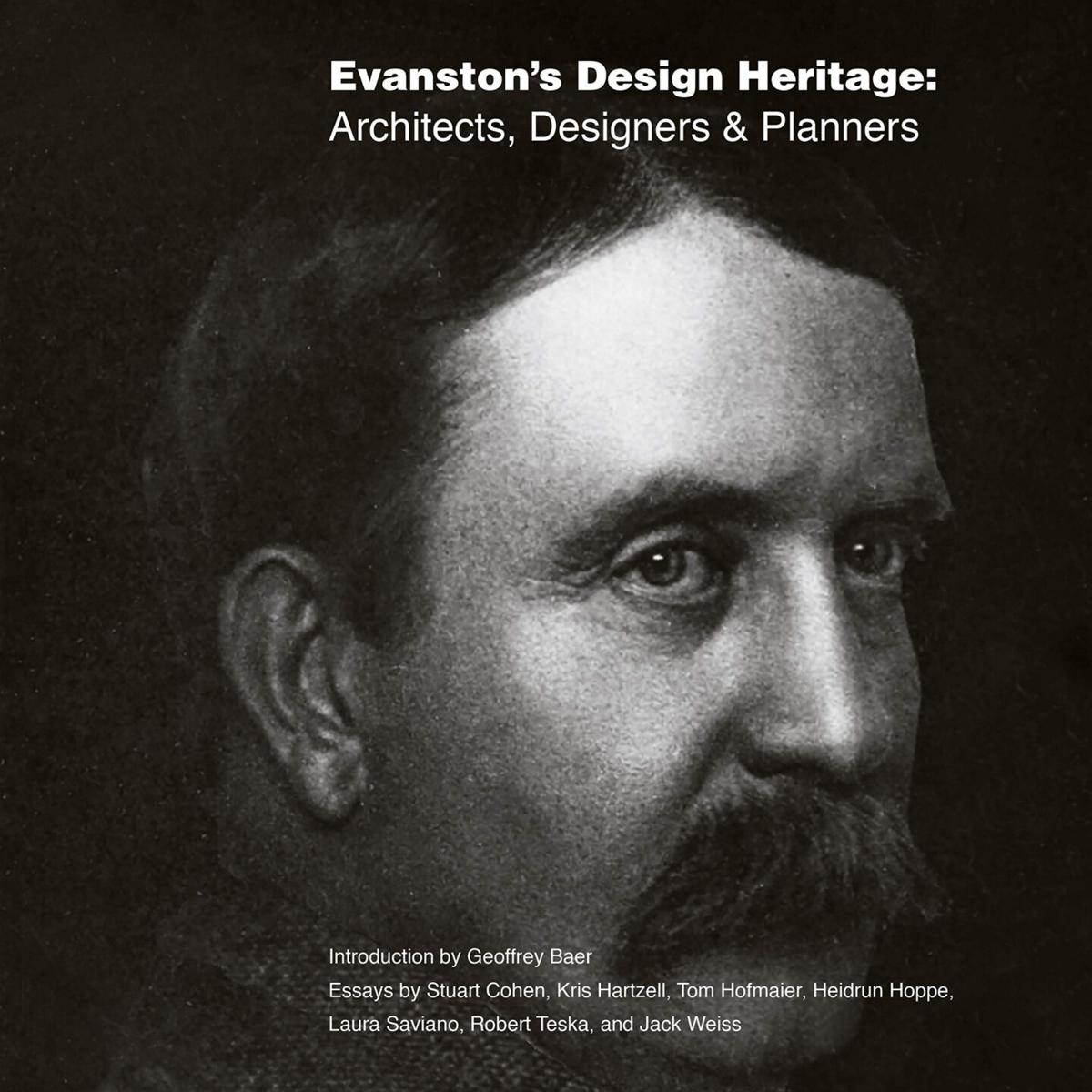 CHICAGO — Chicago isn’t just an architectural capital because of its great buildings. It’s a vital forum of ideas about what makes architecture great.

A case in point: this year’s crop of recommended design books. They’re all related to the city and its suburbs, but have much broader appeal.

“Chicago’s Great Fire: The Destruction and Resurrection of an Iconic American City” by Carl Smith

The grim toll of the Great Chicago Fire still boggles the mind — more than 2,000 acres and 18,000 buildings burned, about 90,000 people left homeless, 122 miles of sidewalks and 2,162 street lamps destroyed. Yet Chicago’s post-Fire recovery was just as startling. Just 22 years later, it put on a spectacular world’s fair.

With the 150th anniversary of the 1871 conflagration approaching, Northwestern University’s Carl Smith has written a scholarly yet highly readable book that captures the immediacy of the calamity and puts it in an illuminating historical context.

As Smith recounts, It was unusually hot and dry before the Oct. 8-10 disaster. The city’s fire department was small, underequipped and exhausted from earlier blazes. While the fire began at the O’Leary barn on the Near Southwest Side, shoddy wood construction fueled its terrifying spread. The nation and much of Europe reacted in horror as a new telegraph network made the fire “the first instantaneously reported international news event.”

But much of the city — including West Side factories and the South Side’s Union Stockyards — was spared, setting the stage for recovery. The revival was psychic as well as physical. Smith perceptively observes that the city’s boosters transformed the disaster into a badge of honor, viewing “the legendary conflagration as merely the prelude to Chicago’s triumphant recovery out of the ashes, a mythic second creation.”

Get this one for the history buff you love. (Atlantic Monthly Press, 400 pages, $28)

In this deeply researched, well-written account, Beam charts the evolution of Ludwig Mies van der Rohe’s celebrated steel-and-glass house in far southwest suburban Plano and the devolution of the relationship between its architect and client — at first warm, then (maybe) romantic, ultimately litigious.

As Julia M. Klein wrote in a Tribune review last March, Beam takes an evenhanded view of the house’s ever-escalating costs and myriad functional problems, including the ongoing threat of flooding, but his sympathies clearly lie with Farnsworth, a distinguished kidney doctor and poetry translator. Mies comes off as an aesthetic dictator as well as a philosopher-king. He “adhered to the less-client-interaction-is-more school of thought,” Beam writes.

The author, a former Boston Globe columnist, deftly weaves irony into his tapestry. Farnsworth built the house, completed in 1951, as a weekend retreat but wound up imprisoned by its celebrity as architecture buffs sneaked onto her property and gazed into its huge, plate-glass windows. In Beam’s skilled hands, she becomes a compelling figure, not just the client who wrote the checks. (Random House, 352 pages, $28)

“Modern in the Middle: Chicago Houses 1929-1975” by Susan S. Benjamin and Michelangelo Sabatino

The authors — Benjamin, a historic preservation consultant, and Sabatino, a professor at the Illinois Institute of Technology — persuasively argue that there’s much more to the story of modern houses in metropolitan Chicago than such icons as the Fansworth House and Frank Lloyd Wright’s Robie House. Their lucid text, accompanied by handsome historic photographs, fills a significant gap in our understanding of mid-20th-century modernism.

The “Middle” in the title refers to many things: when the houses were built, their Midwest location and the middle- to upper-middle income status of their clients. Some of the homes, like architect Paul Schweikher’s powerfully low-slung house in northwest suburban Schaumburg, occupy an aesthetic middle, straddling Mies’s industrial-age, structurally expressive modernism and Wright’s organic modernism, which stressed natural materials and a harmonious relationship between building and site.

In addition to broad introductory essays, the authors provide tightly focused studies of more than 50 houses. Among them: the Cahn House in north suburban Lake Forest, an extraordinary, crescent-shaped passive solar home by George Fred Keck. It’s one of many delightful finds in these pages. (The Monaelli Press, 344 pages, $60)

Architecture monographs tend to be marketing tools, meant to inflate reputations and impress potential clients. This one largely transcends the self-promoting nature of the genre, offering fresh insights into 20 years of work by Chicago-based Studio Gang and its leader Jeanne Gang.

Amply illustrated with color photographs and numerous architectural drawings, the book covers 25 projects and is organized into six thematic chapters. In addition to familiar Chicago-area work, like the wavy Aqua Tower and the serene Nature Boardwalk at Lincoln Park Zoo, the book offers a glimpse of out-of-town designs, like the twisty new MIRA tower in San Francisco.

Gang’s short introductions to each chapter explain the conceptual foundations of her designs. We learn, for example, how her Writers Theatre in Glencoe, with its up-in-the-trees, wood-framed gallery walk, reflects her idea of “inhabiting the canopy” — the tree copy, a thriving zone of biodiversity that forms a transition between the ground and the atmosphere.

Similarly, the multicolored, custom-made exterior glass of her new St. Regis Chicago (previously Vista Tower) reveals her desire to see glass in a new way — not just as a transparent material, but one that saves energy and limits the ravages of climate change, thus fostering what she calls “a culture of care” for others.

Cynics may put down such aspirations as dreamy idealism, but Gang has long been a successful proponent of what she calls “actionable idealism.” As former Harvard design school dean Mohsen Mostafavi writes in a perceptive introduction, “without experimentation there is no discovery.” (Phaidon, 272 pages, $79.95)

An astonishing array of renowned designers have lived and worked in north suburban Evanston, from architectural giants Daniel Burnham, Dwight Perkins and William Holabird to Art Paul, designer of the Playboy bunny logo, and Charles Pajeau, creator of Tinkertoys.

Many were attracted by leafy streets and large homes that offered a refuge from urban tensions and squalor. “I can no longer bear to have my children in the streets of Chicago,” Burnham wrote before moving to Evanston in 1886.

To mark its 40th anniversary, Design Evanston, a nonprofit that advocates for good design, published this book, which provides short profiles of more than 125 designers — architects, designers, landscape architects and urban planners. While the book delivers more information than insight, it is still a useful resource and suggests how other suburbs can build a constituency for good design. (Design Evanston, 212 pages, $25)