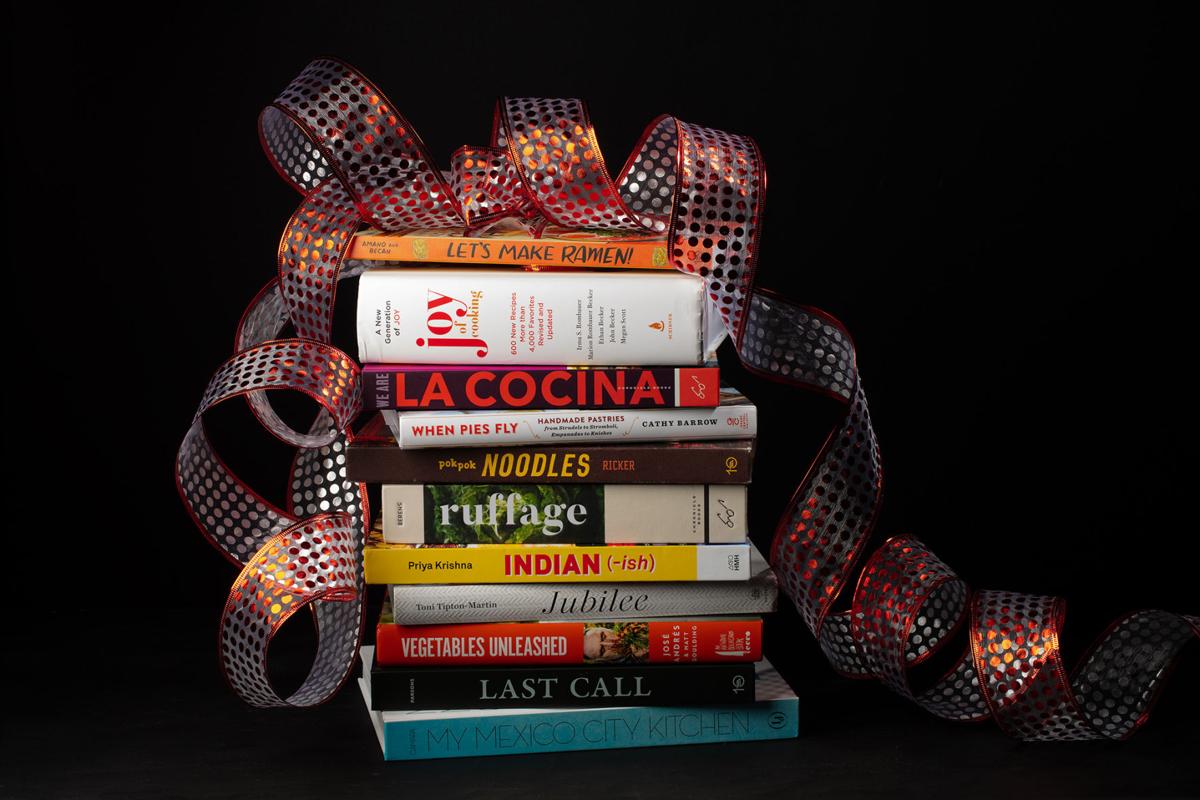 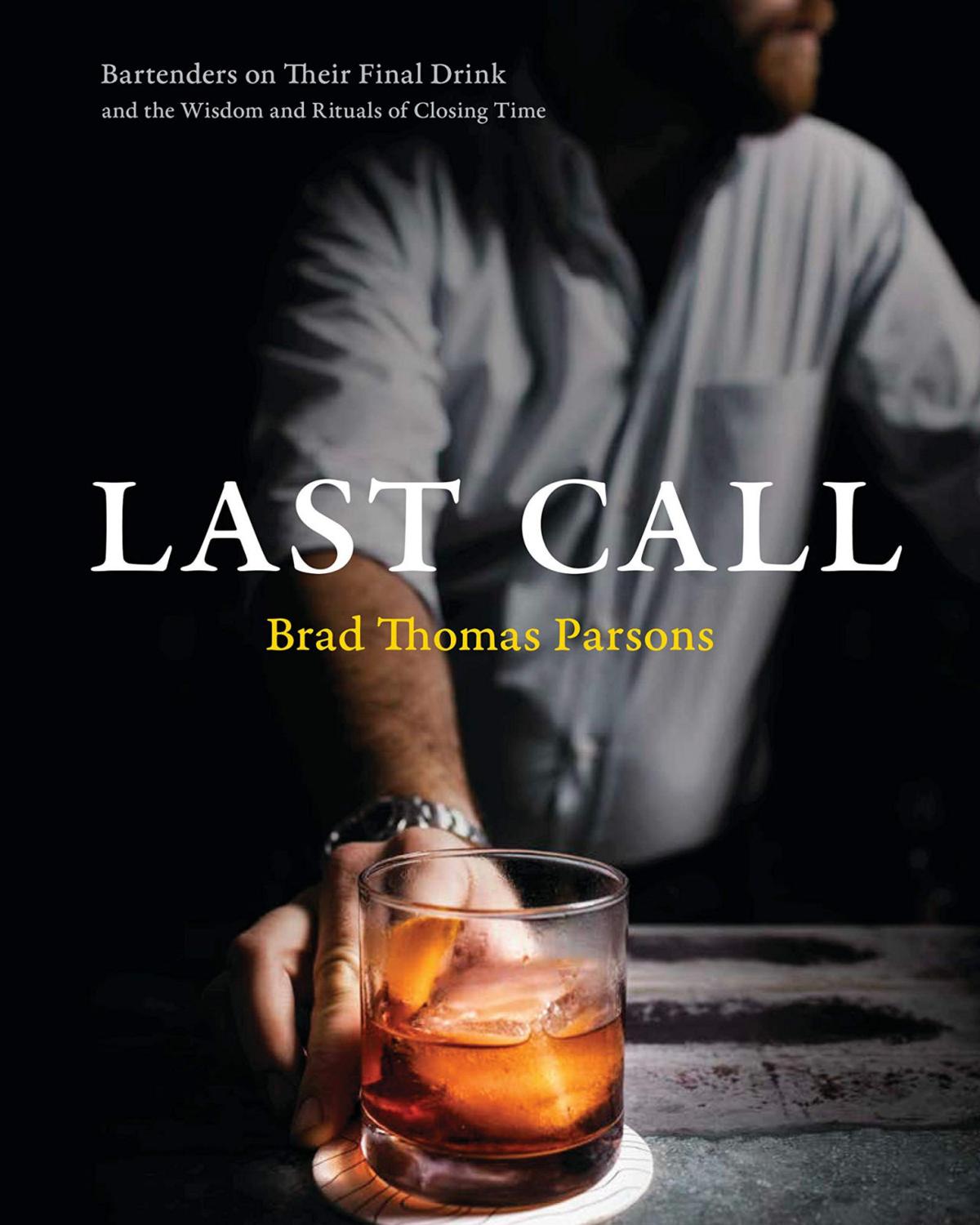 In “Last Call” by Brad Thomas Parsons, the award-winning spirits author posed this question to bartenders “What is the last thing you’d want to drink before you die?” Ten Speed Press 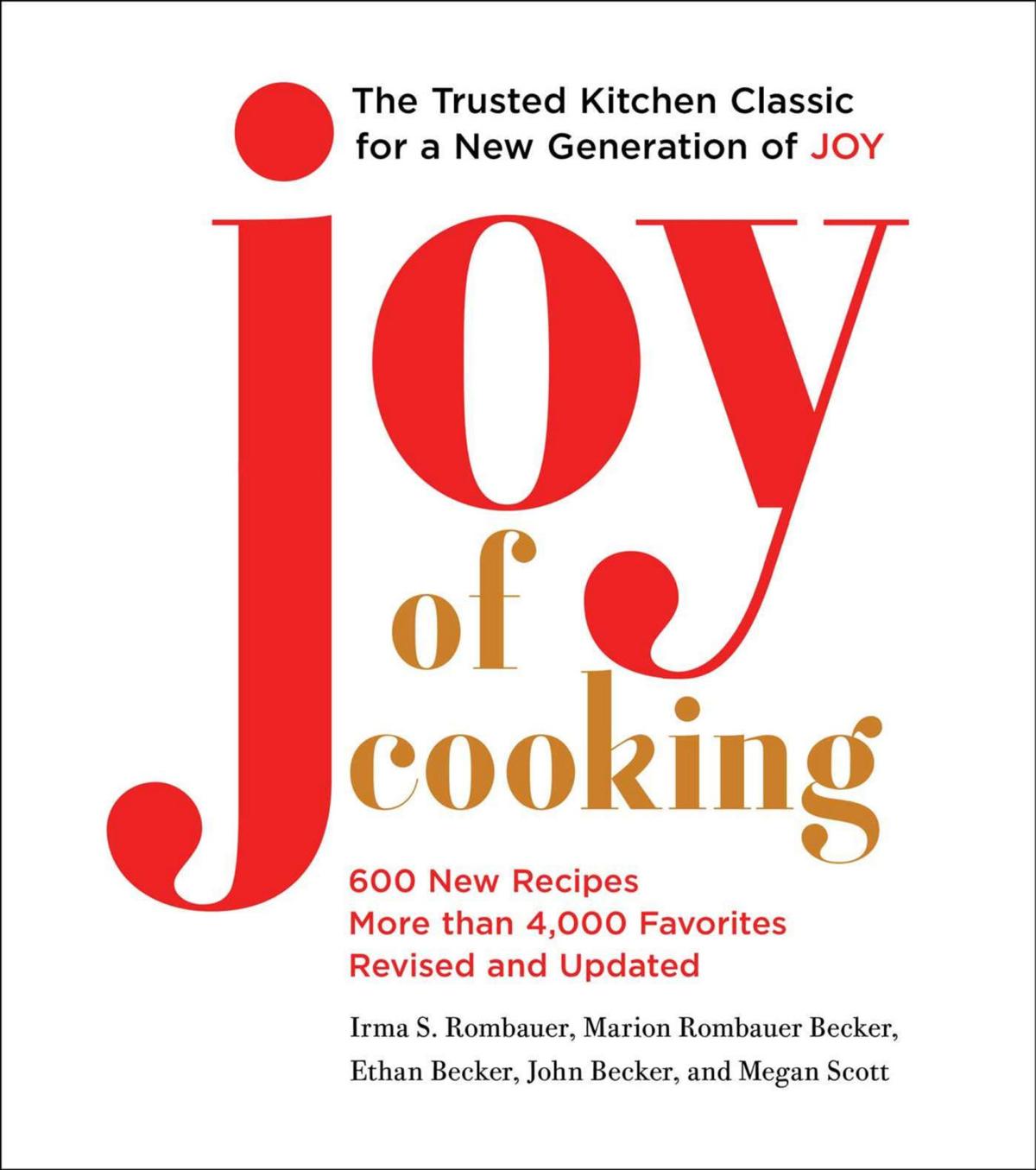 In “Last Call” by Brad Thomas Parsons, the award-winning spirits author posed this question to bartenders “What is the last thing you’d want to drink before you die?” Ten Speed Press

In a publishing year crowded with gear books (Instant Pot, Air Fryers, sous vide) and diet books (Keto, plant-based), it’s got to be hard for authors to stand out. As we searched through the hundreds of books that came in this year, these 11 did. From immigrant cooking to in-depth vegetable how-tos to black culinary history, these books are our picks for 2019’s best — books we’re just as likely to want for ourselves as much as buy for holiday gifts. — Joe Gray

“Indian-ish: Recipes and Antics from a Modern American Family”

Like many children of immigrants, myself included, Priya Krishna grew up on dishes that held the essence of her parents’ home country but were adapted to fit what was available to them. “Indian-ish” is a love letter to Krishna’s mother, Ritu, who made pizzas out of roti, saag paneer with feta and Indian taquitos from leftover sabzi to appease her two American-born daughters. Enjoy a spirited exploration of Krishna’s wholly authentic Indian-ish experience through the lens of her mother’s recipes, from quick weeknight meals to grand dinner parties, that will have you agreeing that Indian food is everyday food, indeed. — Grace Wong

“Joy of Cooking” has been around since 1931, when Irma S. Rombauer self-published it following her husband’s death. In the intervening years, three subsequent generations of the Rombauer-Becker family have left their mark on the beloved cookbook. This latest installment — a line-by-line review and revision by Rombauer’s great-grandson John Becker and his wife, Megan Scott — strikes just the right balance. It’s modernized, but not lacking in tradition. It’s comprehensive, yet approachable for even first-time home cooks. With the advent of the internet, it’s rare to see a completist cookbook these days; keeping “Joy of Cooking” relevant today is an admirable feat. With 600 new recipes and a thoughtful edit of the existing text, it’s an excellent choice for a new generation of cooks, not to mention “Joy” fans who already have an older edition on their shelves. — Jennifer Day

There are cookbooks that tersely mention history tidbits as sidebars to informing recipes or certain cooking techniques. Then there are cookbooks like Toni Tipton-Martin’s “Jubilee,” where history is made present and kept alive. Whether it’s handheld curried beef pies for a snack, sweet tea cakes to accompany a cup of tea or coffee, or spiral sliced ham made luxurious with a Champagne glaze, there’s one lasting thing made tangible in each flip through the pages filled with stirring photography. That is: None of us can afford to discount the role African Americans have always had, from the very beginning, in shaping food in regions across the country. — Nneka M. Okona

“Last Call: Bartenders on Their Final Drink and the Wisdom and Rituals of Closing Time”

James Beard award winning spirits author Brad Thomas Parsons experienced an existential crisis after a revelrous night at a favorite local bar. Who among us hasn’t? Parsons and photographer Ed Anderson though visited more than 80 bars and bartenders across the country, posing the question, “What is the last thing you’d want to drink before you die?” Illuminating answers and shadowed portraits reveal far more than final drinks. Recipes include three for Negroni, one from Lost Lake’s Shelby Allison, co-owner of the lovely Tiki bar in the Logan Square neighborhood of Chicago. Now the challenge is on to raise as many glasses from the book before our final last call. — Louisa Chu

You’ll find lots of recipes in this comic book cookbook by Hugh Amano and illustrator Sarah Becan, but the format really comes in handy when explaining the vast and often confusing world of ramen. Don’t know your shio from shoyu? The cookbook breaks down the differences with easy-to-follow illustrations. Wondering why tonkotsu ramen often leaves you in a “pork fat-induced stupor”? The book has a cartoon version of Ivan Orkin, the celebrated ramen restaurateur, tell you why. Even if you never make your own ramen, you’ll better understand what goes into a great bowl. — Nick Kindelsperger

Gabriela Camara is the chef at Contramar, an acclaimed seafood-focused restaurant in Mexico City, so it’s no surprise that here you’ll find the recipe for that restaurant’s iconic tuna tostada. But the bulk of the book focuses on the kind of approachable home cooking that you could do any day of the week. Inside you’ll find humble yet satisfying dishes from soft-boiled egg tacos to a classic tinga de pollo. Don’t miss the salsa section. I think I’ve made the dead simple salsa verde cruda at least five times in the past couple of months. — N.K.

“Pok Pok Noodles: Recipes from Thailand and Beyond”

As the name suggests, chef Andy Ricker (owner of Pok Pok Restaurants in Portland, Oregon) focuses just on Thai noodle dishes here, with the bulk going to noodle soups. And the recipes work. One sip of the kyaytiaw muu naam sai (noodle soup with pork) and it felt like I was back in Thailand slurping loudly and sweating profusely from adding too much phrik naam som (vinegar-soaked chiles) in the bowl. While nearly every recipe features subrecipes, most of these are relatively simple to prep. Plus, most will happily hang out in your fridge for a few days, so you can recreate the same noodle soup the next day in just a few minutes. — N.K.

“Ruffage: A Practical Guide to Vegetables”

Not until well past the halfway point in her book does Abra Berens mention the word that makes up the title. “You gotta get your ruffage,” she writes, remembering an admonishment from some unnamed person, a parent probably. She wields the phrase to dismiss boring salads, then launches into her love of salads and principles for creating great ones. Eating her vegetables is no chore to the former farmer and now chef, at Granor Farm in southwestern Michigan. Instead, “Ruffage” is a fat, 450-page celebration of vegetables, an instructional tome with 100-plus recipes and myriad flavor variations. It’s broken up into a well-considered pantry section, then the recipes, organized by vegetable, 29 of them, from asparagus to turnips and rutabaga. Essays open each chapter, then buying, storing and prep notes, before the recipes. Berens’ writing style is inviting and true and real; you feel warmly welcomed in these pages. It’s a remarkable book, really, for an untried name in the publishing industry, and it’s a triumph. — J.G.

Jose Andres, the Spanish-American chef and Nobel Peace Prize nominee, has had a busy decade, but he’s had help. At the height of his modernist tapas success, Andres and wife Patricia founded World Central Kitchen, serving a hot plate of food when it’s needed most to millions worldwide. This year he and co-author Matt Goulding may help save the world. If you’ve ever wondered what else to do with kale, cauliflower or squash, you’ll find daily inspiration in stunning photographs with every alluring recipe, and stories of friends they call Food Fighters. Start with Andres’ ode to Spanish tortillas, the potato omelettes that feed his soul. — L.C.

“We Are La Cocina: Recipes in Pursuit of the American Dream”

More than just a collection of recipes, “We Are La Cocina” is an intimate anthology of stories from alumni of La Cocina (“kitchen” in Spanish), a kitchen incubator that helps women of color and recent immigrants develop food products, restaurants, food trucks and food stall concepts. You’ll find a recipe for rosemary fried chicken from Fernay McPherson, who is still cooking for the Fillmore and the Mission neighborhoods in San Francisco, next to a guide to nopales guisados (stewed cactus), from Guadalupe Guerrero, who grew up poor in a small village in Guanajuato, Mexico, and brings a profound dignity to what she calls “poverty food.” You’ll be inspired and moved by this celebration of diverse immigrant cultures and stories — complete with stunning portraits of the chefs — and the food that allows you to experience a piece of them. — G.W.

“When Pies Fly: Handmade Pastries from Strudels to Stromboli, Empanadas to Knishes”

The curious title almost made us dismiss “When Pies Fly” when it landed this fall. How silly, we thought. How wrong we were. Barrow, a seasoned and accomplished cookbook author (“Pie Squared” and “Mrs. Wheelbarrow’s Practical Pantry”), delivers again with “When Pies Fly,” a celebration of pastry-encased sweet and savory delights. That title? It means the pies need no pan. So we get galettes, hand pies, poppers (her cute name for two-bite pies), empanadas, knishes, strudel and more, plus an innovation borrowed from her mother: framed pies, in which a slab of pastry is built up at the edges with decorative cutouts and fillings piled in. As unifying gambits go, panless pie feels freeing. And her recipes, while quite exacting at times, pay off on the promise. The cheeseburger hand pies had flaky pastry like I’d never had before. — J.G.