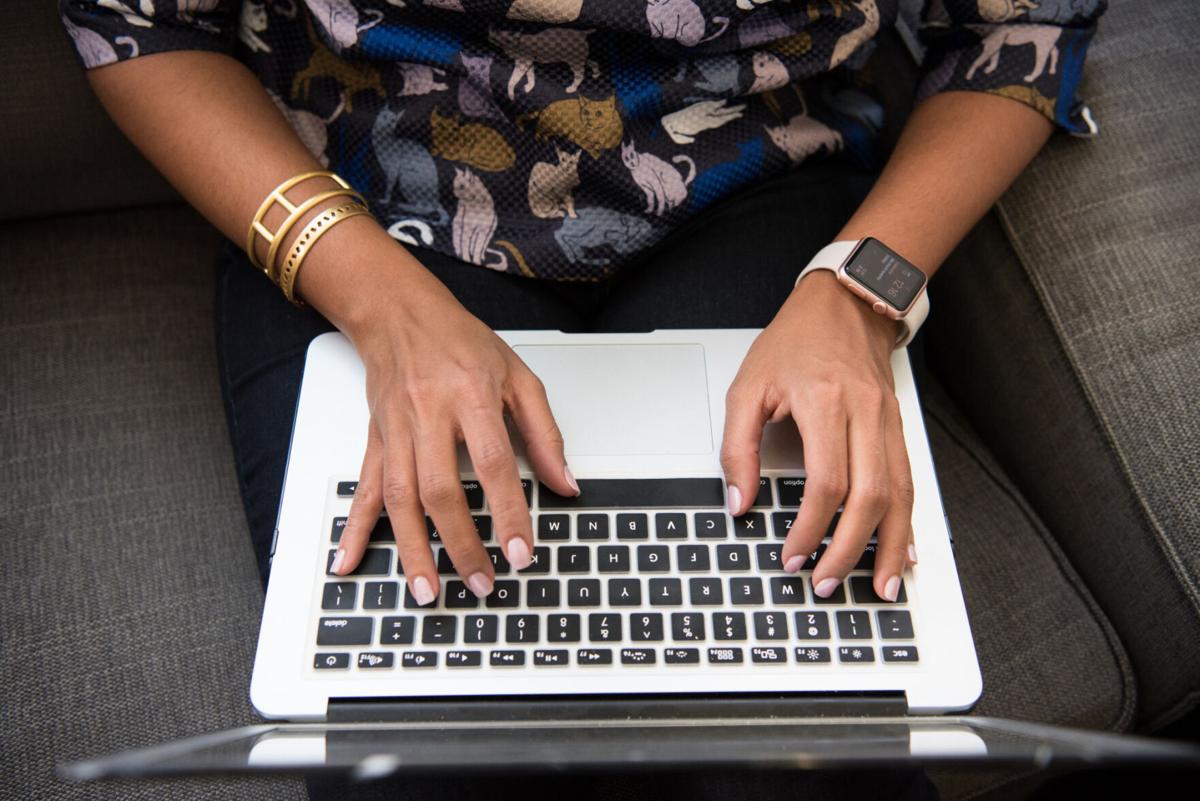 National Novel Writing Month, in addition to its annual challenge, supports programs to encourage writing and education. It has about 900 volunteers in thousands of partnering libraries and community centers. Pexels 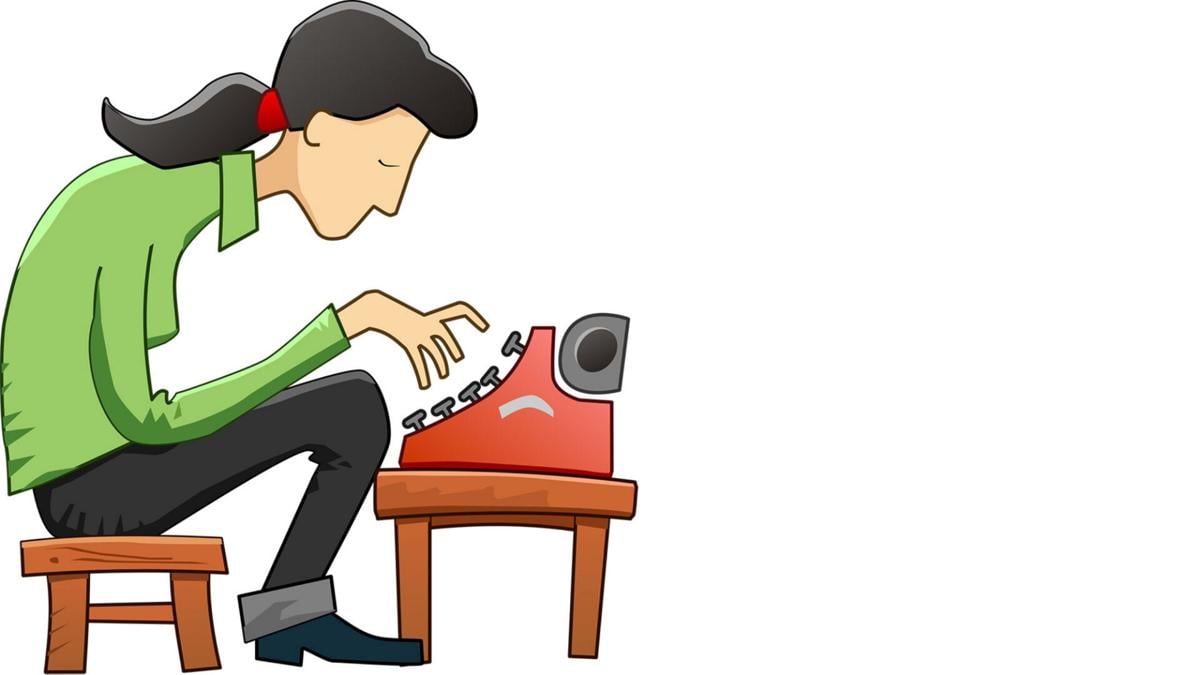 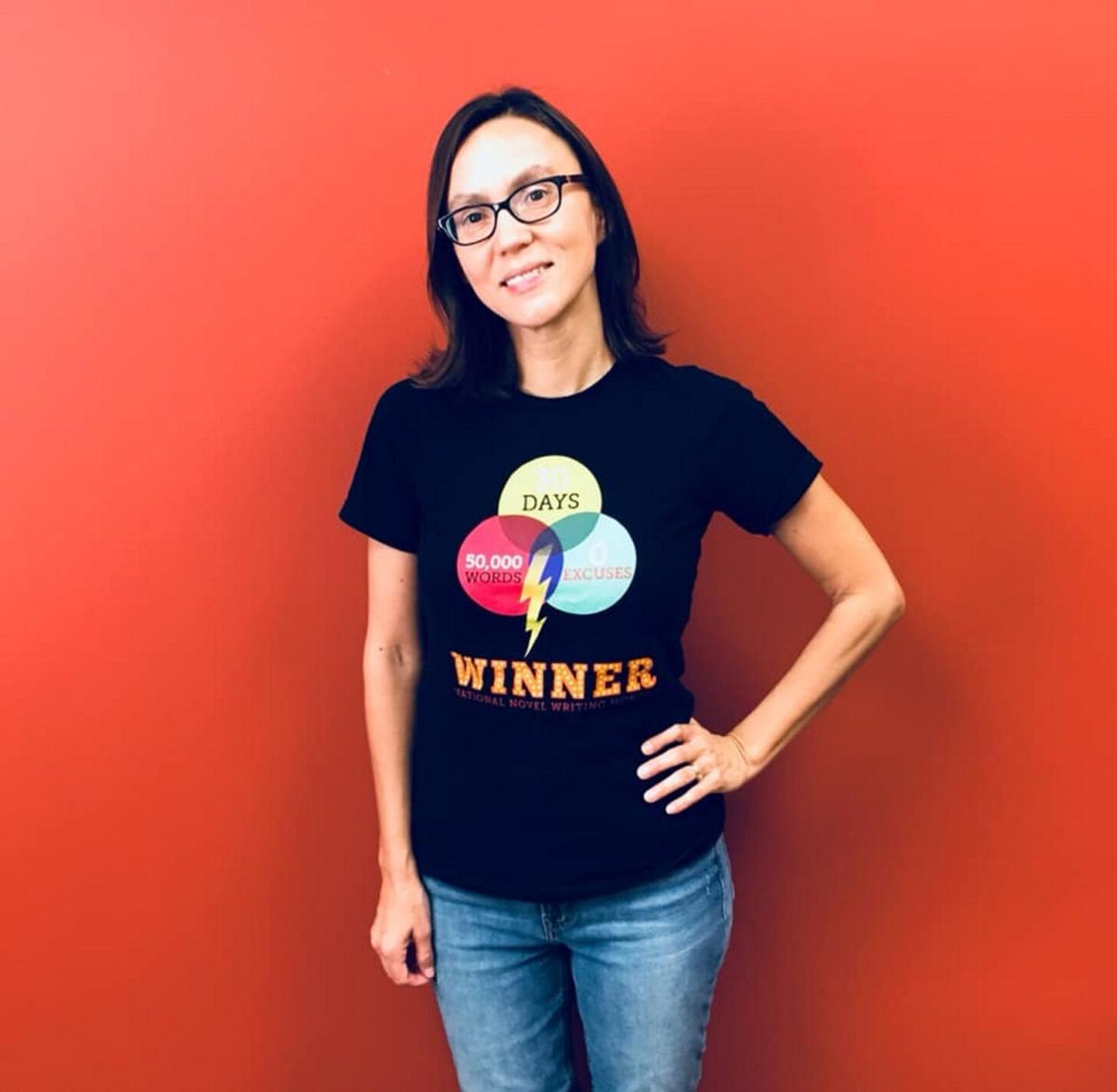 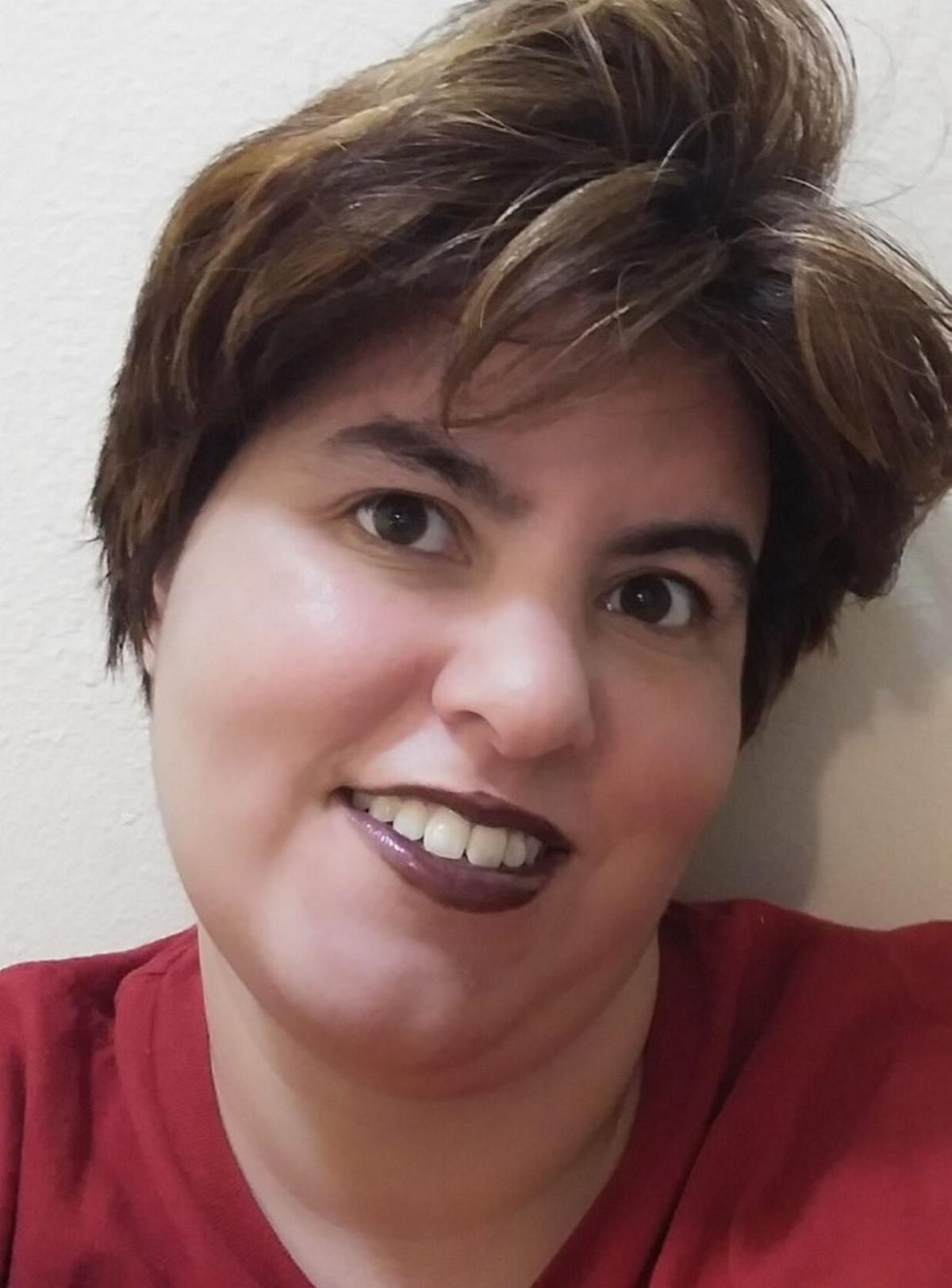 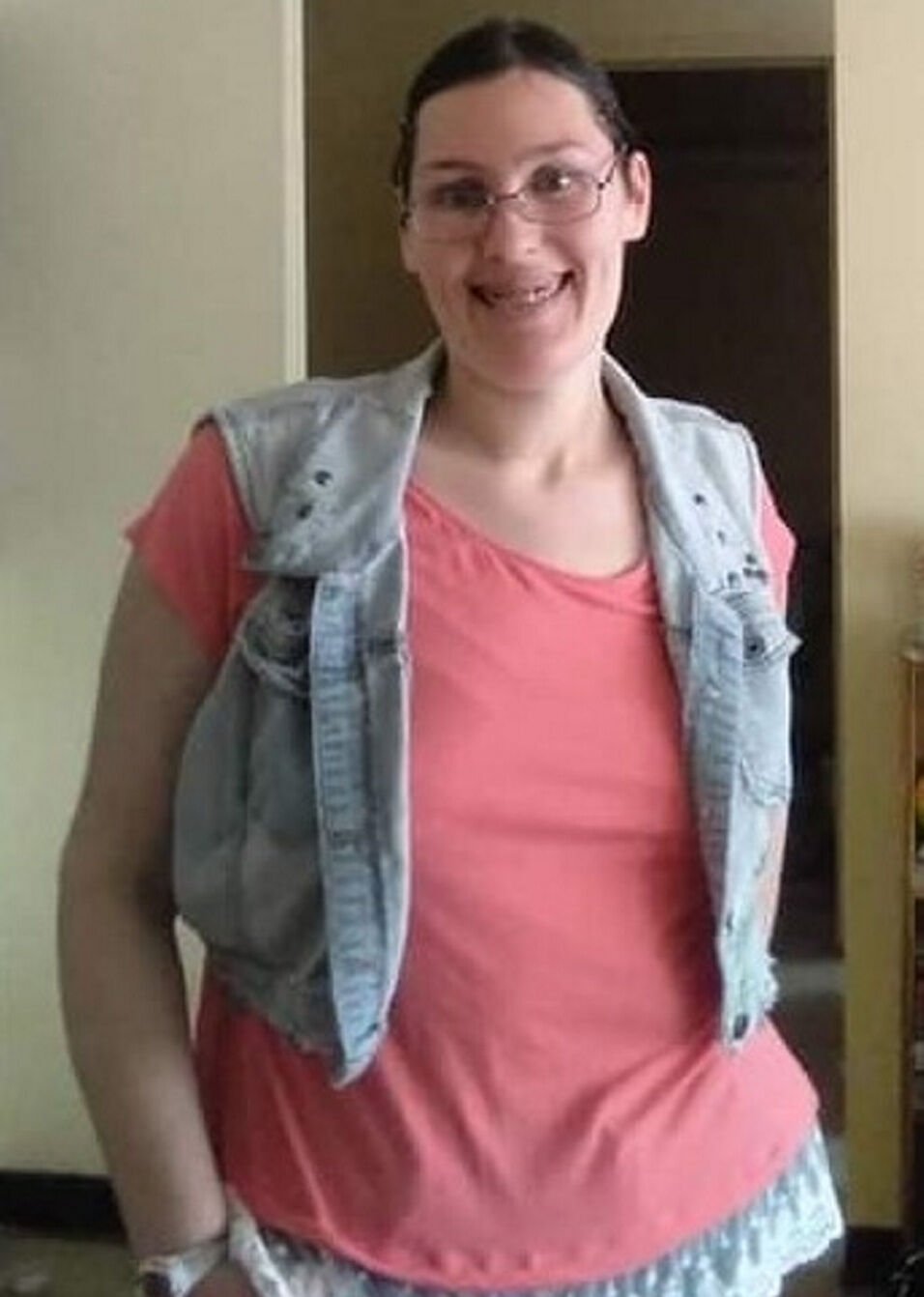 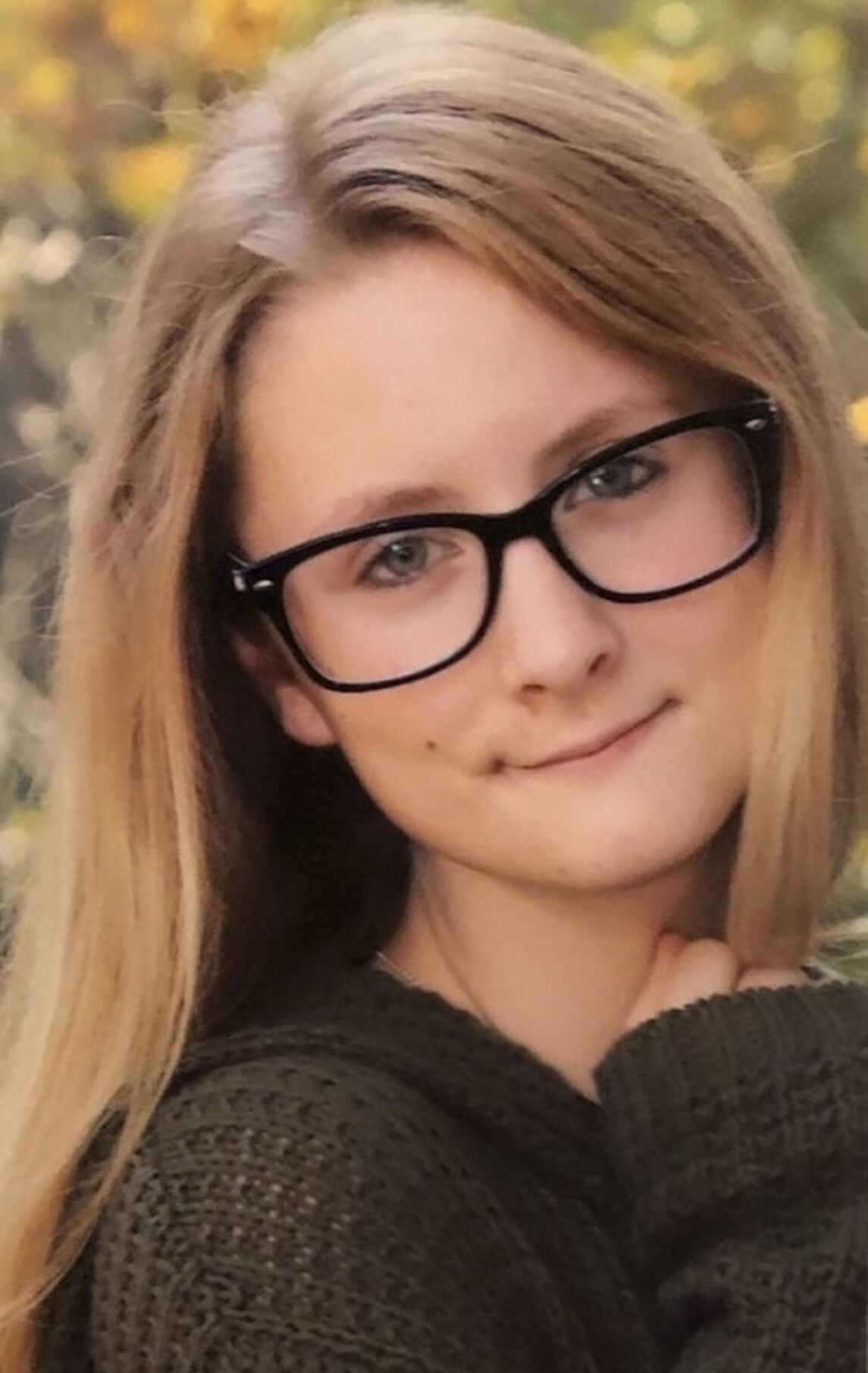 Chelsea N. Coss is working on a dystopian trilogy as part of her NiMoWriMo project. Submitted photo

National Novel Writing Month, in addition to its annual challenge, supports programs to encourage writing and education. It has about 900 volunteers in thousands of partnering libraries and community centers. Pexels

Chelsea N. Coss is working on a dystopian trilogy as part of her NiMoWriMo project. Submitted photo

Since 2009, Stacy Pratt has written 12 novels. None have been published, nor has she sought to do so. In her mind, they remain letter perfect as they are — an exercise in creativity and determination.

Ms. Pratt is a devotee of National Novel Writing Month, a seat-of-your-pants approach to creative writing. Each November, NaNoWriMo writers embark on a mission to construct a 50,000-word manuscript of a novel before the end of the month.

National Novel Writing Month began in 1999, and its host, the NaNoWriMo organization, became a nonprofit in 2006. It addition to the yearly challenge, its programs support writing fluency and education. It has about 900 volunteers in thousands of partnering libraries and community centers.

Ms. Pratt, a native of Oklahoma, moved to the north country in 2009 with her husband, who was stationed at Fort Drum. While here, Ms. Pratt was an English professor at Jefferson Community College, where she taught freshman composition and several literature classes.

But her novel writing rebounded, and with the help of the Watertown-based NaNoWriMo group that met at Arby’s, it flourished.

“They were so friendly,” Ms. Pratt said. “It was funny. I’m thinking, Arby’s — that’s the weirdest place for writers. But Arby’s in Watertown has been so good to the NaNoWriMo group.”

Ms. Pratt is a former municipal liaison for NaNoWriMo, tasked with motivating participants and setting up write-ins.

Adams Center resident Andi J. Rose is this year’s municipal liaison for the Watertown-area group, which includes an area that stretches to St. Lawrence County. The national organization banned in-person write-ins this year because of the pandemic.

But Mrs. Rose said the pandemic has created a boost in interest for NaNoWriMo locally.

“With everything going on, people are looking for that creative outlet, something else to occupy themselves,” Mrs. Rose said. “They may have heard of NaNo in the past, but life goes on, family and work obligations, and it’s never been a good time to try it. This happened to be the year with, ‘There’s nothing else we can do. We can’t go out and have fun. There’s no extra-curricular activities to occupy us. This is the year I’ve got time to do it.’”

With no write-ins at its usual gathering spot Arby’s, the Watertown area novel-writing group has turned to virtual gatherings.

“Some areas are using Zoom,” Mrs. Rose said. “Personally, I think most people are Zoomed out.”

As an alternative, the Watertown group uses Discord, an instant messaging and digital distribution platform. Most participants, Mrs. Rose said, prefer the text option for Discord, but there is an option for video.

This is the fifth year in a row that Mrs. Rose has participated in NaNoWriMo. Most of those years have involved the same project, a sci-fi trilogy.

“It’s the book that will not end,” Mrs. Rose said. “I’m trying to get to the end of this thing so I can get to book three in the trilogy and start writing different stuff.”

That self-deprecating attitude relating to NaNoWriMo is shared by Ms. Pratt, who shared two mottoes when she was involved locally:

“Quantity not quality” and “You can write but you can’t lose.”

“You just have a good time sometimes writing ridiculous things,” Ms. Pratt said. “I’ve been to so many writing classes and workshops as a professional academic writer and you’ll do stuff in NaNoWriMo that you’re taught constantly not to do. It becomes funny that you are doing it on purpose.”

Ms. Pratt, a citizen of the Mvskoke (Creek) Nation, is also a poet and musician. She’s the staff writer and associate editor for Sweet Adelines International, a female singing organization. She is also a regular contributor to First American Art Magazine. She’s taking a break from novel-writing month this year because she’s working on a play for an indigenous writers class that’s also due at the end of the month.

The novel-writing month was valued by Ms. Pratt and her students during her eight years teaching at JCC.

“Writing, particularly when you are a college student, whether you are an English major or not, becomes a very scary thing that you’re graded on,” she said. “You kind of lose the fun of it because it kind of becomes a class thing.”

But with NaNoWriMo, Ms. Pratt stressed the camaraderie and fun associated with the challenge.

“A lot of it is just sitting next to each other, writing,” Ms. Pratt said. “Especially for some students who are quieter, that can be a socialization. You are doing something together and you have a common goal. Even though you’re doing something solitary, it can be comforting and fun. I saw a lot of students who were having a hard time transitioning into the social aspect of college. Through NaNoWriMo, they were really helped by that environment.”

Ms. Pratt shared a sense of accomplishment when a student finished a novel at the end of November. In her first year of involvement with her NaNoWriMo group at JCC, 13 of 15 students completed novels.

“I was so proud and shocked. One of my students said, ‘There wasn’t a book here and now there is because I wrote it,’” she said. “Even if you don’t do anything with it, it’s something tangible that you created. It’s a world you created. You learn a lot about yourself writing a novel in 30 days.”

The current NaMoWriMo leader at JCC is Joshua Dickinson, associate professor of English, who got interested in the project through Ms. Pratt. This is his 11th year in writing a novel for the challenge. As of Wednesday, he was at about 32,000 words for this year’s project, a fantasy novel

“They seem to be easier to develop,” Mr. Dickinson said in an email. “I’ve written an election novel, science fiction, memoir, a few works of contemporary fiction, and a fantasy trilogy so far.”

Mr. Dicksinson created a writing group within the nanowrimo.org site: Adirondack Foothills Writers. He has also hosted twice-weekly Zoom-based write-ins for JCC students, but they haven’t been popular.

“I think everyone is just overwhelmed with their studies, the new learning modes or other stresses,” Mr. Dickinson said. “We will continue doing the write-ins this month and next year.”

The Times interviewed three local writers who have taken up the challenge this month. They will be interviewed again early next month for their thoughts on how their novels turned out.

Ms. Krieger discovered NaNoWriMo in 2006 when a freshman roommate at Ave Maria University in Florida told her about it.

Ms. Krieger, who has cerebral palsy, has been doing research into advocacy for those with disabilities.

“I hadn’t seen too much representation of disabled characters, but specifically characters with cerebral palsy and particularly in romance,’’ she said.

The protagonist in her novel has a mild case of cerebral palsy, and like the author, has an interest in equestrian skills. Ms. Krieger was asked to share a plot summary.

“She does all the work around the stable, but she’s also a professional hunter-jumper,” she said. “A soldier, who just returned from deployment back to Fort Drum, has decided he wants to learn to ride as his method of coping and centering himself, post-deployment. She’s his instructor. They have some intimate moments and a lot of soul searching goes on between the two of them.”

“At first, I was kind of wasting time on YouTube and learning little things here and there, but also kind of strolling,” she said. “I thought, ‘I don’t really need to waste this time. I could make use of it.’”

A YouTube video she watched on a channel she follows also helped to encourage her. “It’s really annoying to hear someone say that they’re a writer and when you ask what they’re working on, they say, ‘Oh well, I haven’t done it yet’ or ‘I’m too scared to start it.’ And I was like, I’m feeling judged right now. That’s me. I don’t want to be that person.”

Ms. Ward moved to Plattsburgh from Watertown a few weeks ago. She plans to finish up her associate’s degree at Clinton Community College. She’s been taking part in NaNoWriMo since 2014 and credits Ms. Pratt for sparking her interest.

“She’s the one who encouraged me to get into writing,” Ms. Ward said. “She became a mentor between NaNo and writing in general.”

This year, Ms. Ward, who previously has focused on the fantasy/action genre, isn’t particularly focusing on a novel for her 50,000 word goal.

“I had a lot of ideas going on in my head, so I figured I’d just get a bunch of stuff on paper,” she said. “It’s quantity, not quality.”

Ms. Ward misses the camaraderie, and food, associated with the Watertown group’s weekly write-ins at Arby’s, which have been canceled due to the pandemic.

“I can’t even do Arby’s via DoorDash it looks like,” Ms. Ward said. “But it wasn’t just the food that brought us together — but those curly fries, come on! It was just us as writers bonding, whatever we talk about, kind of in our own zone.”

This year marks Miss Coss’s third year of attempting to complete her NaNoWriMo novel. She tried in 2017 and 2018, and didn’t pursue the task last year because of a hectic college schedule. Miss Coss attended JCC and is training to become a nursing assistant at Samaritan Keep Home.

“I like that there’s a set month for writers,” she said. “It helps us to get going, not that some of us need a reason to write, but it gives you motivation to write because you want to reach that goal that everybody else is going to.”

Miss Coss is working on a trilogy (“Royal Eyes”) this month that’s a dystopian tale which she began previously. It involves a kingdom with monarchies.

“The main character gets chosen to be part of the royal family,” Miss Coss said. “In the first book, she becomes of age to have suitors. It’s basically her trying to find the proper suitor. There’s a twist ending that leads into the second book.”

She hopes her story becomes more than an exercise in determination and creativity.

“If I successfully complete the month, I’ll have my first book almost written,” Miss Coss said. “I hope to finish it up and edit it, fix any details that need to be fixed, and I’m hoping to eventually become an author through traditional publishing.”

For local NaNoWriMo writers, that traditional approach would not be unusual. Former JCC faculty member Glenn Erick Miller recently published a young adult novel which came out of NaNoWriMo. Mr. Miller taught at JCC from 2000 to 2010.

Mr. Miller and his family now split their time between Lowville and southwest Florida. His “Camper Girl” was published by Fitzroy Books, an imprint of Regal House Publishing. The author worked on it for years after starting it as a NaNoWriMo project, Mr. Dickinson said.