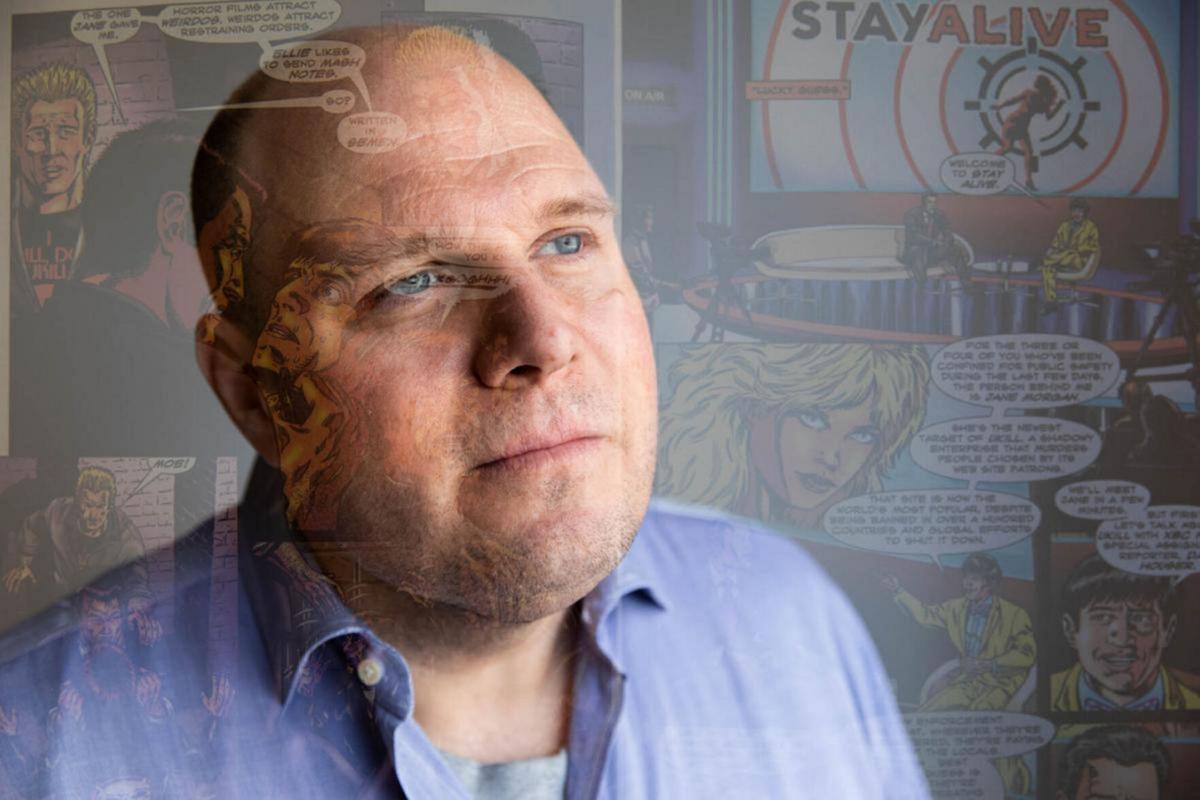 James C. Harberson III of Watertown is the author of the script for a new graphic novel, “Stay Alive,” that’s illustrated by a well-known artist in England. In this double exposure portrait, a page from “Stay Alive” is double-exposed. Sydney Schaefer/Watertown Daily Times 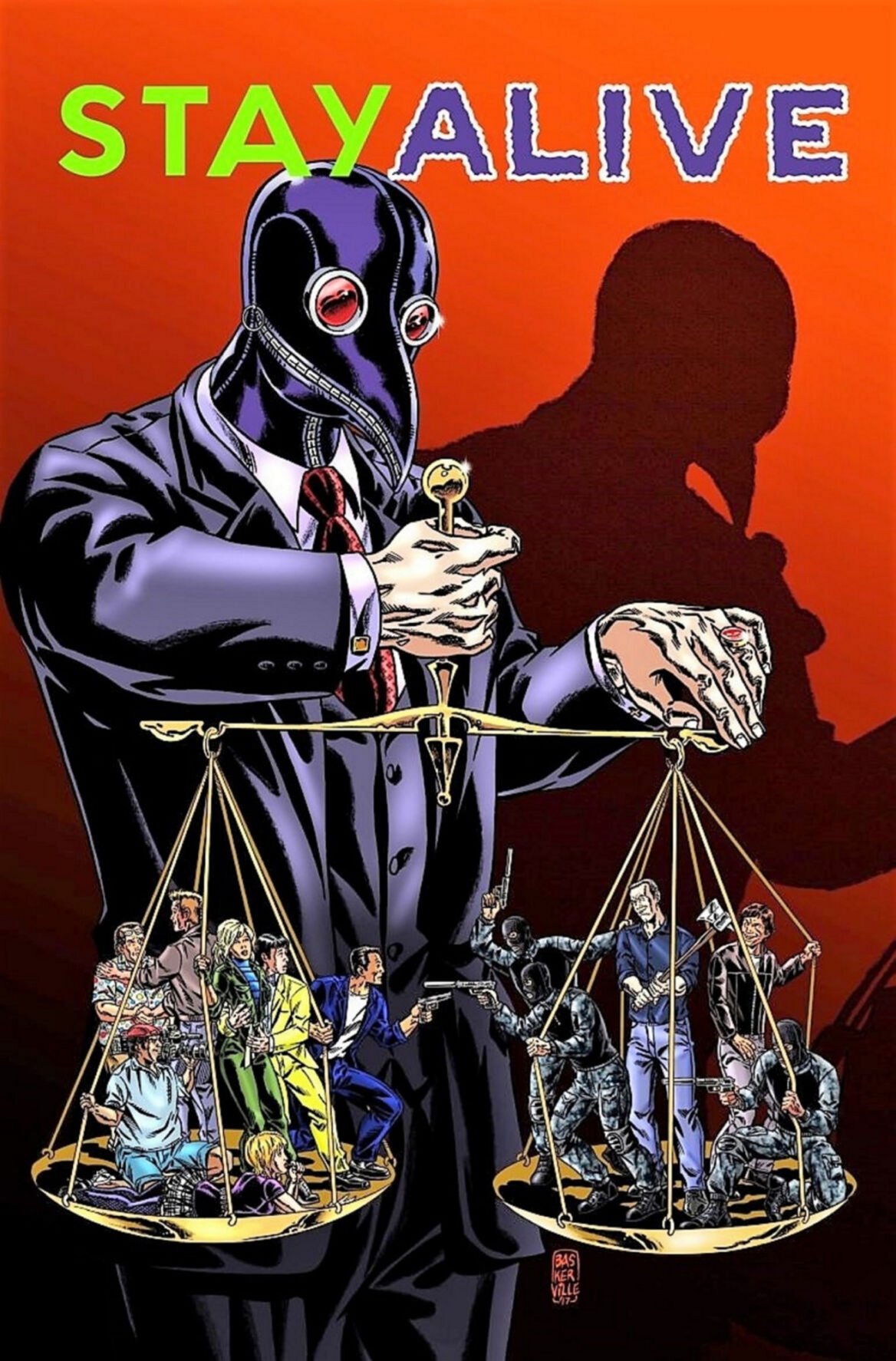 James C. Harberson III of Watertown is the author of the script for a new graphic novel, “Stay Alive,” that’s illustrated by a well-known artist in England. In this double exposure portrait, a page from “Stay Alive” is double-exposed. Sydney Schaefer/Watertown Daily Times

WATERTOWN — A graphic novel that a Watertown man co-wrote has been nominated for a Rondo Hatton Classic Horror Award.

Since 2002, the “Rondos” have been honoring horror creations. The awards are decided by fans, for fans. James C. Harberson III of Watertown also wrote the plot of the violent graphic novel “Stay Alive,”’ released last year.

The graphic novel, for mature readers, tells the story of how a Hollywood starlet revives her fading career by provoking a group of serial killers, and then starring in “Stay Alive,” a reality TV show about surviving the killers’ attempts to murder her.

In it, people face their demise by falling under the ax, into a wood chipper and are literally hammered — among other means.

“Stay Alive” was nominated in the Rondo category of Best Graphic Novel or Collections.

The awards are based on votes by the public.

The Rondo Hatton Classic Horror Award website, at rondoaward.com, has instructions on how to vote. It is by email only.

The ballot found on rondoaward.com should be copied onto an email (cut-and-paste works fine), and choices marked with an X, bold or highlight color. Or, selections can also be sent in an email to David Colton at taraco@aol.com by midnight, Sunday April 25.

There are 24 categories. Voters do not have to vote in all categories.

Rondo Hatton, which the awards are named after, was an American journalist and occasional film actor with a minor career playing thuggish bit and extra parts in Hollywood B movies. He died in 1946 at the age of 51. He was known for his unique facial features.

The 106-page “Stay Alive” was released by London-based Markosia, one of the United Kingdom’s leading publishers of graphic novels. It was illustrated by Stephen Baskerville, who has worked for Marvel, DC Comics and several video game makers.

The publication’s co-writer, from New York City, uses the pen name Mackie Wildwood. Last year, he declined to give his actual name to the Times due to his profession in “corporate America.”