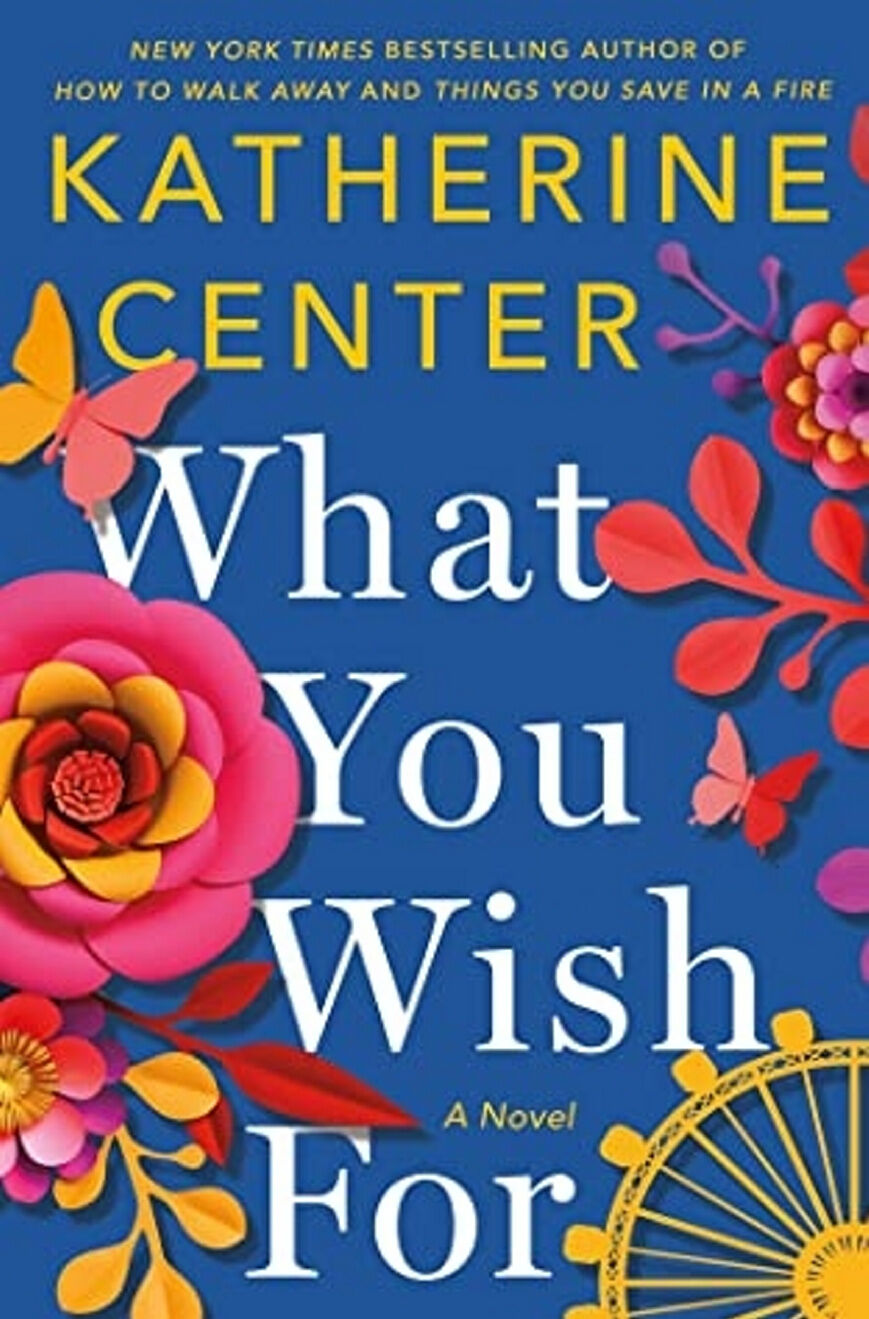 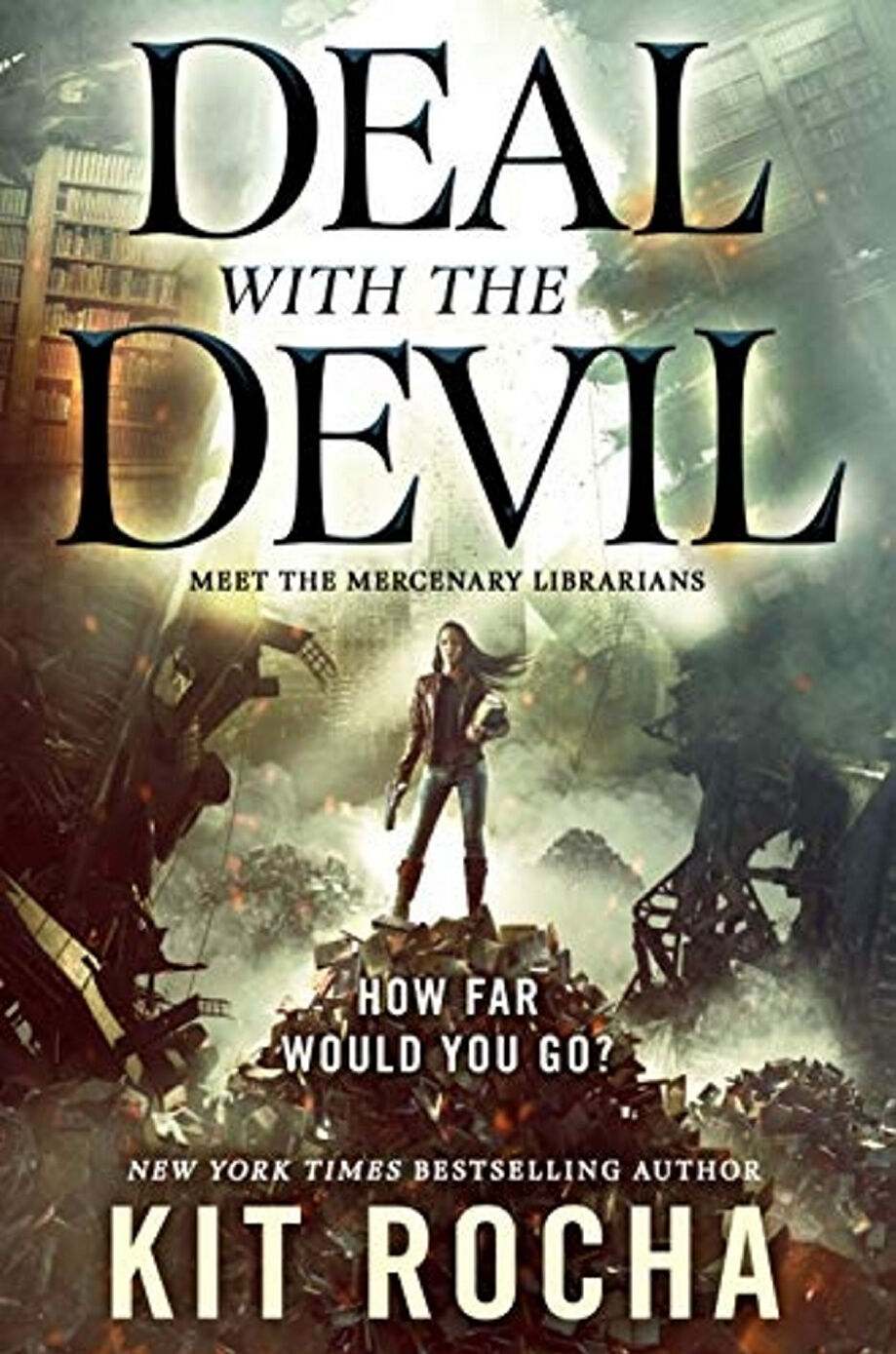 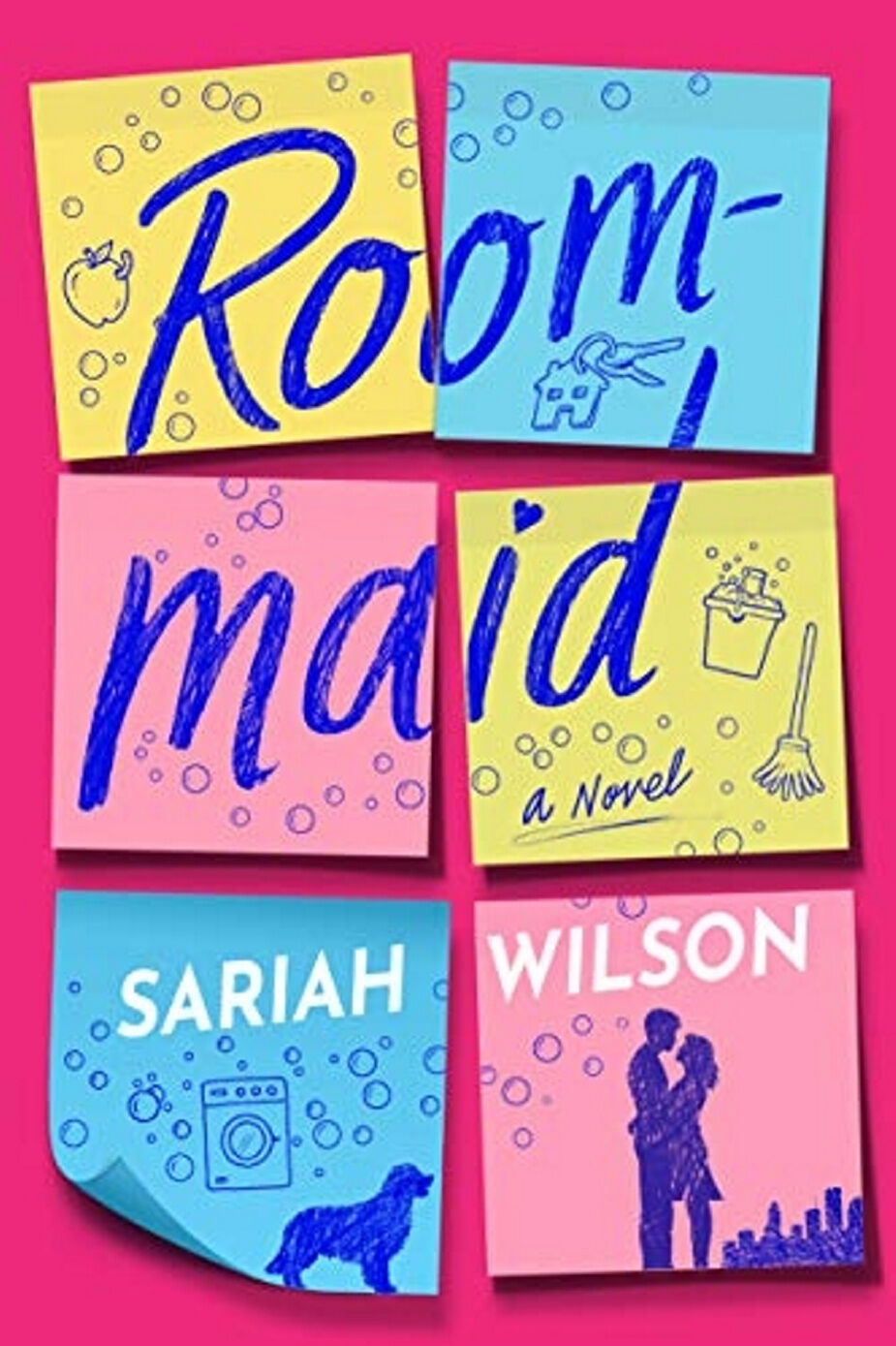 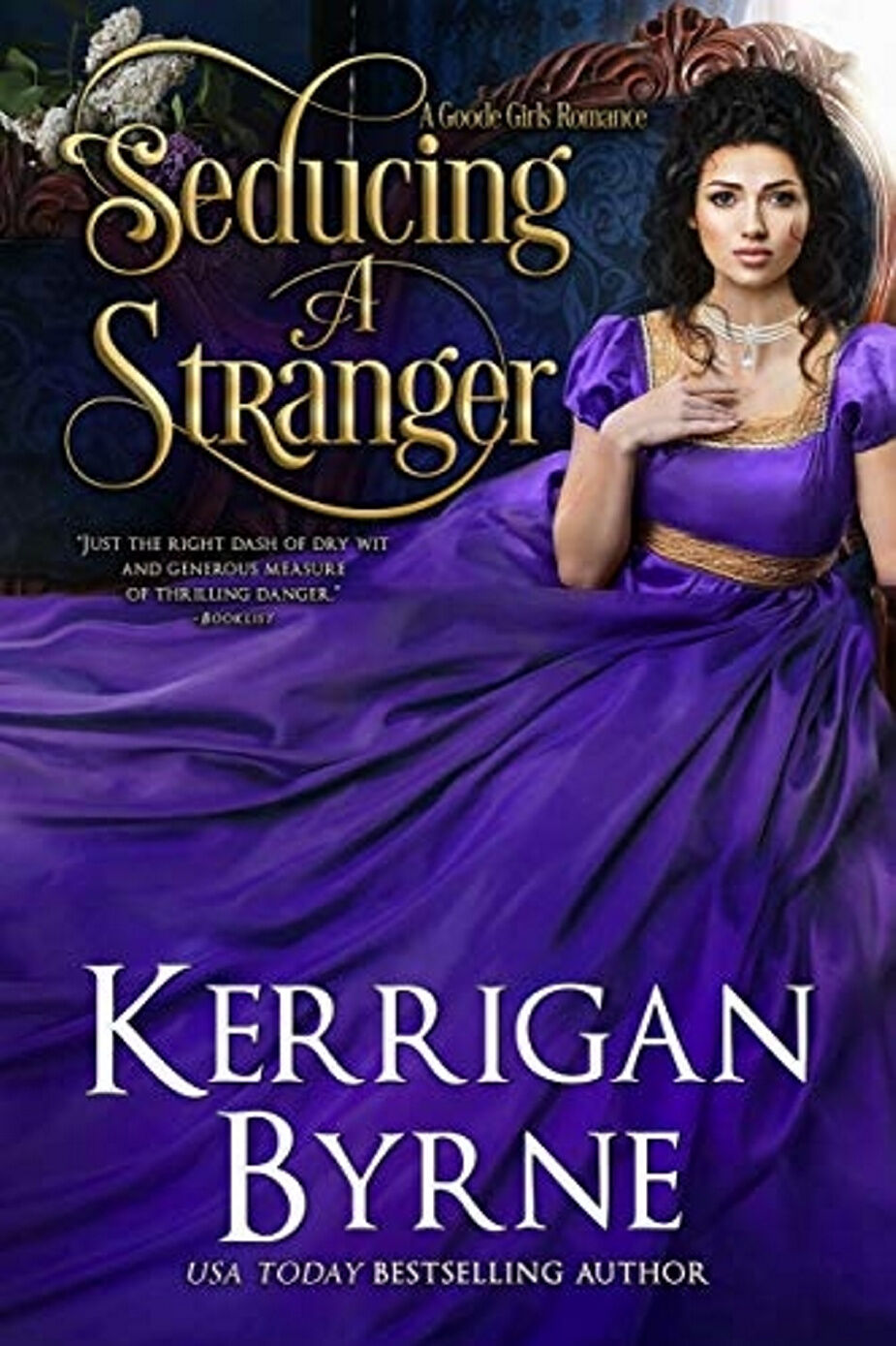 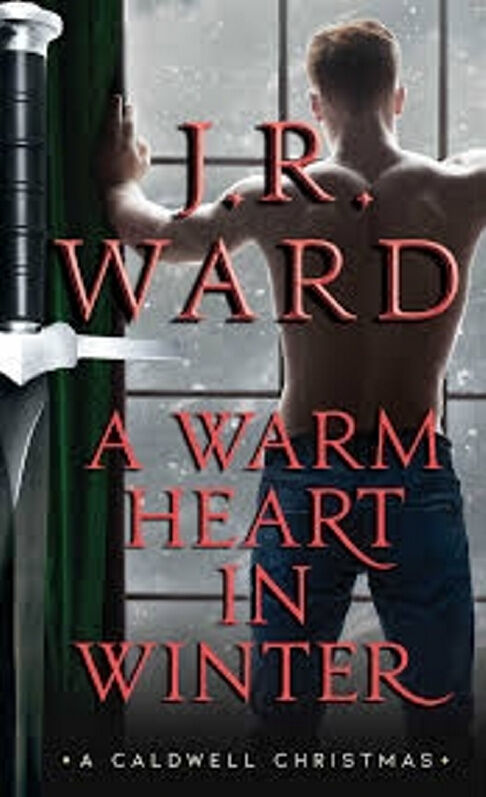 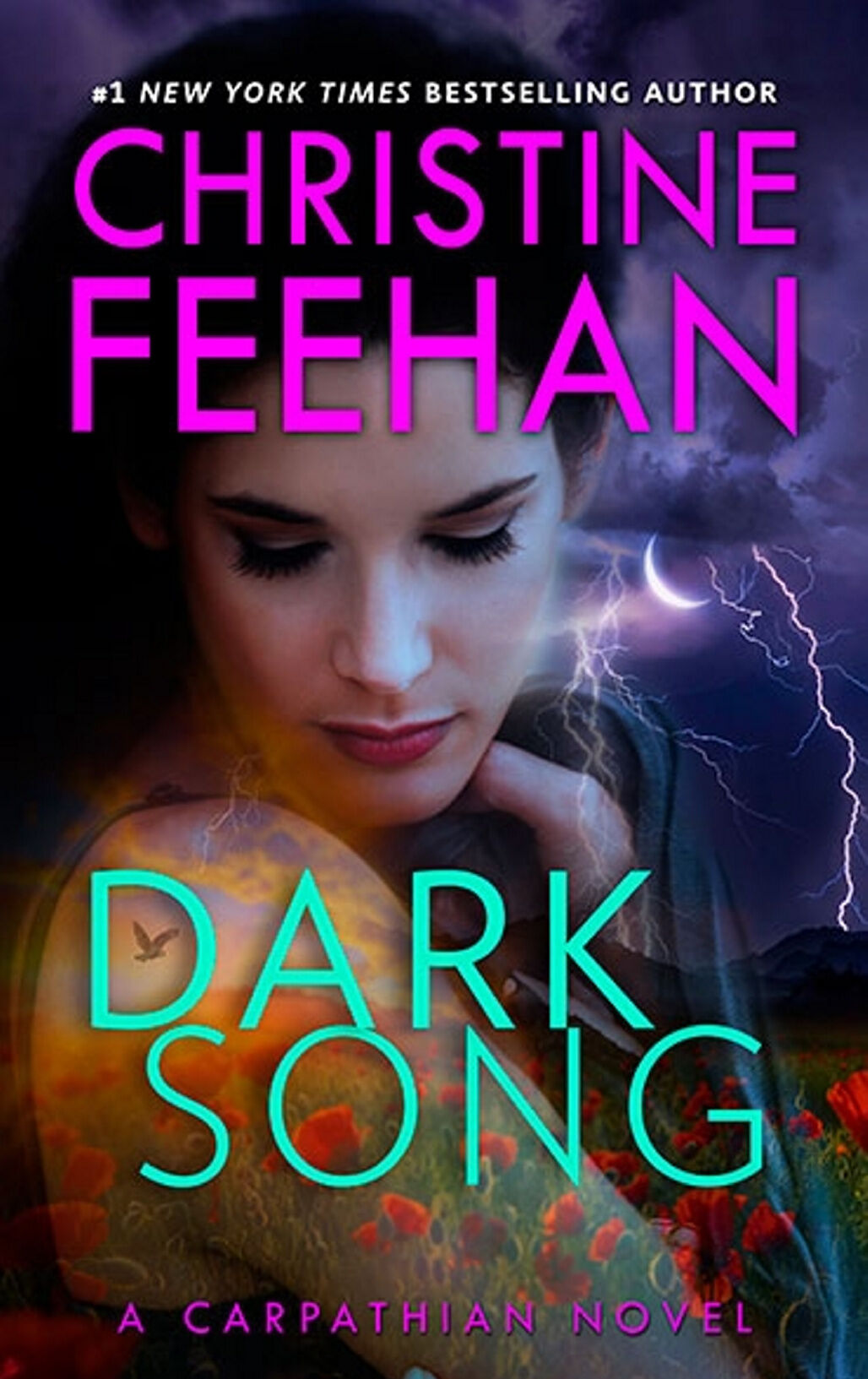 During months of watching calming ASMR videos on YouTube, mindlessly staring at anything on TV that wasn’t the news and listlessly reading older comfort reads on my library app while ignoring my to-be-read pile, some new romance books did provide bright spots of enjoyment.

Here are a few of the highlights.

“What You Wish For” by Katherine Center

What You Wish For begins with a tragedy, as the man who runs the Galveston Island school where librarian Samantha Casey works dies unexpectedly. Max and his wife were beloved leaders of the school and were surrogate parents for Sam, who lost her mother at a young age and who was never close to her father. She and the other employees are still reeling from the loss when a new principal is announced. She is stunned to discover it is Duncan Carpenter.

With “equal parts horror and ecstasy,” Sam realizes that the man she fell in love with and fled across the country to forget is coming back into her life. She knew Duncan when they worked together in California. He was a warm, funny, free-spirited teacher who had no idea Sam was infatuated with him. Too shy and quiet to step forward and declare her feelings, she left the school when he started dating another woman. While apprehensive about seeing Duncan again, Sam is glad that such a great teacher is coming to lead the school.

But when Duncan finally shows up, he is nothing like the Duncan she knew. Sure, he may have been even more handsome, but he is wearing a suit and tie and talking about all the changes he is going to make to the school. And worst of all, he doesn’t even recognize Sam.

Around this new Duncan, Sam is no-longer tongue-tied and she speaks out against the new policies he is instituting, especially about the school’s security. While Duncan has changed, so has Sam. She has grown since she last knew him, and has developed her own style and voice and is no longer so painfully shy and timid. As she once again works with Duncan, the two of them slowly grow closer and she eventually learns the devastating reason why he has changed so much. Can Sam find the bravery to overcome her own fears and take a chance on real love? Funny and moving, What You Wish For will have you engrossed until the end.

“Deal With the Devil” by Kit Rocha

Deal With the Devil is the start of an intense new science-fiction-fantasy series by Kit Rocha, the pseudonym for the author duo Donna Herren and Bree Bridges. In a future dystopian America, after solar flares have plunged the world into darkness and chaos, the government is nonexistent. Areas of Atlanta are controlled by TechCorps, a power in genetic engineering. Sleek skyscrapers house their elite scientists and executives. Regions not patrolled by the company’s Protectorate forces are lawless wastelands.

Knox is the captain of the Silver Devils team. The group of enhanced supersoldiers have escaped the brutal control of the Protectorate. But their enhancements are degrading and will lead to their painful deaths unless they can get back their biochem hacker who can stop the process. She was kidnapped by someone who is blackmailing the team into bringing in a target.

That target is Nina. She and her fellow genetically modified cohorts are basically lethal librarians who have carved a life for themselves outside of TechCorps’ grid. Knox doesn’t know why the kidnapper wants Nina, but he is willing to lure the information broker in and then betray her in order to keep his team alive. Knox contacts her to make an offer that the teams join up to locate a treasure trove of books and information.

Despite her misgivings, and the attraction she feels for him, she joins forces with Knox. During the long journey to the site, the bond between Knox and Nina grows. Knox realizes he cannot betray Nina and plans to come clean about the kidnapper’s plan. Before he can do that, a shocking development puts them in danger and threatens to destroy their fragile new relationship.

Full of postapocalyptic angst and horror, the story is at its heart a sweet romance between two broken souls and a tale about the love of family. That the families involved are nontraditional make their bonds no less unbreakable. Both Knox and Nina have faced trauma and pain, but fighting for their love may be their hardest battle.

Roommaid is a fun, contemporary romance that I inhaled in one night. Madison Huntington is determined to make it on her own as a schoolteacher after being disowned by her incredibly wealthy but controlling family. After showing her some cheap but terrible apartments, her aunt, a real estate agent, gives her a tip about an unorthodox opportunity. A businessman she knows is looking for a roommate to share his luxury apartment for free if she agrees to watch after the owner’s anxious dog while he travels on business and also do general cleaning. Madison is shown a picture of the man. Tyler Roth is a hottie who turns out to be even more stunning in person. Her aunt says there should be no problem since Madison is already in a serious relationship. Madison does not mention that though she and Brad have not officially broken up, he has ghosted her after learning she was disowned. She agrees to become Tyler’s “roommaid.” How hard can it be to clean and watch after a dog, even though Madison has never done such things before? And it should be no problem to ignore the butterflies in her stomach whenever she is around Tyler, right?

“Seducing a Stranger” by Kerrigan Byrne

What was originally going to be a different title as Book 7 of the Victorian Rebels series has been renamed and is now the first in a new series about the Goode Girls. Either way it’s great entertainment.

Prudence Goode, having learned that her fiance is an unfaithful bounder and that her family still expects her to marry him, is determined to have one night of pleasure for herself before her wedding. She has heard that on certain summer nights an exclusive brothel hosts garden bacchanals where women can avail themselves of virile young men. When she gets there, she is shocked and titillated by what she sees in the shadowy garden. As she wanders, she trips over a masked man crouched in the darkness by a fountain. The man is as beautiful as a fallen angel, and she decides he is the one she wants. But the man is Chief Inspector Carlton Morley, who is there in an unauthorized investigation of a series of murders.

As Pru nervously babbles that she wants to hire him because her fiance will be an uncaring husband, Morley can’t explain who he really is. He is just as attracted to Pru as she is to him and his heart aches to think of the misery she faces. Against his better judgment, he gives in to passion with her, then leaves without telling her his real name.

Three months later he attends the wedding of his commissioner’s daughter. When he steps into the church he is urgently summoned to a back room, where he is stunned to find a man in a pool of blood and Pru in a bridal gown covered with blood, holding a knife.

From that roller-coaster of a beginning, the story continues its thrill ride until the crime is solved. Along the way, Pru and Morley discover that what began as an illicit tryst may well become a lasting love. Characters from Byrne’s other books in the Victorian Rebels series are featured prominently as they aid the couple’s efforts.

“A Warm Heart in Winter” by J.R. Ward

Earlier this year J.R. Ward brought us another novel in her long-running Black Dagger Brotherhood vampire series, The Sinner; the start of a new offshoot, The Jackal; and now the Christmas-themed A Warm Heart in Winter, which will be published on Tuesday It continues the story of Qhuinn and Blay, who were the subjects of Lover at Last. A holiday gift for her readers, the new novel gives Ward a chance to lovingly catch up on all her BDB characters but also offer the suspense and deep emotions her books are known for as she advances the saga.

In Dark Song, the 34th book in Christine Feehan’s Carpathian vampire series, we finally get the heartbreaking story of Elisabeta Trigovise. She was kidnapped centuries ago by a master vampire who had hidden Elizabeta away, keeping her caged and controlling her with cruelty and torture. Her discovery and rescue were covered in previous books, and readers knew she was severely traumatized in body and mind. Her lifemate is Ferro Arany. He is an ancient and powerful Carpathian, and Feehan surprises us by showing how gentle and supportive the fierce Ferro becomes. As Elisabeta grows stronger and gains confidence, she proves she has powers of her own as they all face a climactic attack by the vampire.