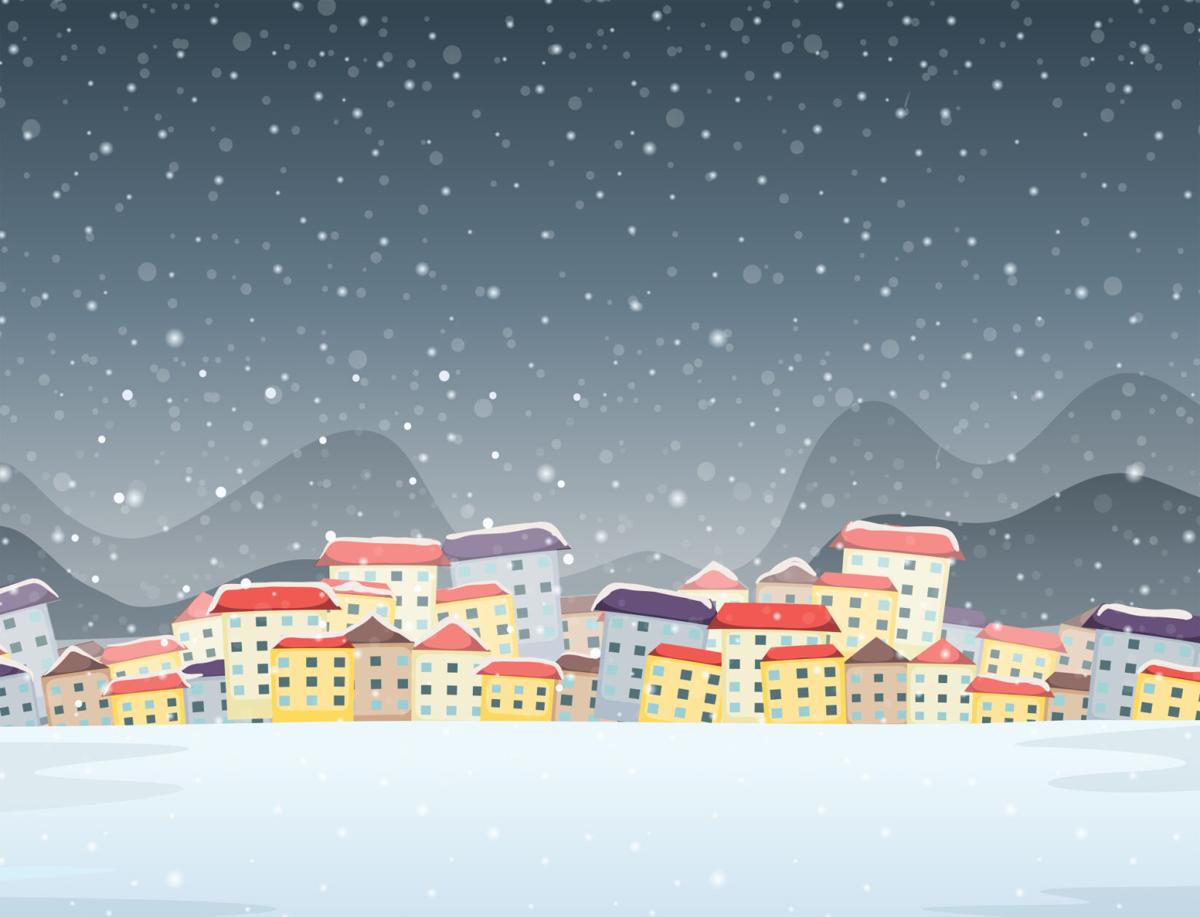 Much has changed since 1950s. Not only are family sizes smaller, but a third of Americans live alone as life expectancy has risen. Author Diana Lind says it’s time to consider other options. Vecteezy.com 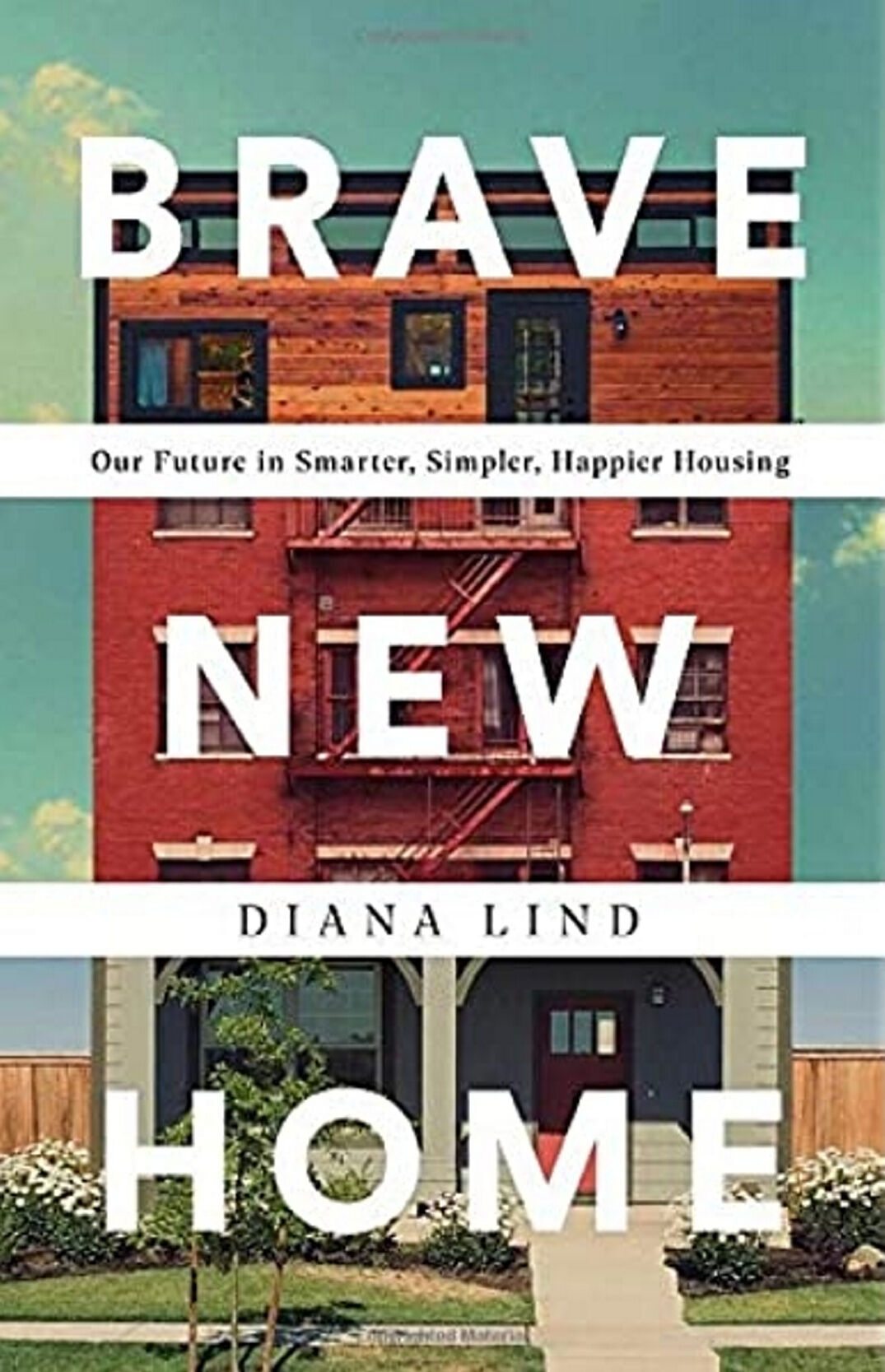 Much has changed since 1950s. Not only are family sizes smaller, but a third of Americans live alone as life expectancy has risen. Author Diana Lind says it’s time to consider other options. Vecteezy.com

PHILADELPHIA — Housing today looks largely the same as it did in 1950, Diana Lind observes in her new book “Brave New Home: Our Future in Smarter, Simpler, Happier Housing.” Many builders are still constructing 2,500-square-foot homes with two-car garages on tree-lined streets.

But a lot has changed since the single-family house was, as Lind writes, “a practical response to the desire for more space and access to nature.” Today, average family size is smaller — just 3.14 people, and nearly a third of Americans live alone, her research found. Divorce hovers between 40% and 50%, and life expectancy has risen to 79.

“As so much of American life has changed, why hasn’t housing?” Lind asks.

An urban policy specialist who lives in Philadelphia, Lind traces the history of the single-family ideal from Herbert Hoover’s “Own Your Own Home” program in 1918 through the aftermath of the housing collapse of 2008. She considers housing alternatives and policies that support them.

We invited Lind to talk about her conclusion that a dream primarily oriented toward owning a single-family home “is unaffordable, unhealthy, and out of step with consumer demand.”

Q: Why doesn’t the American dream of the 1950s align with today’s world?

A: If you’re looking at that idea of the American dream in terms of homeownership, our federal housing policies — such as extremely low borrowing rates, and the mortgage interest deduction, which is the largest tax loophole for the wealthy — have made homeownership an unparalleled vehicle for wealth creation.

At the same time, not everyone has shared in this dream. Official redlining prohibited Black people and other minorities from accessing homeownership and its myriad benefits for decades in the 20th century. Today, there are double-digit homeownership rate gaps between white people and Black people in every major metro area.

The other American Dream is that of a lot of private space and a two-car garage. Americans are less healthy, happy and social than their peers in many other countries. My book contends that the single-family home lifestyle has contributed to these problems.

Nowadays, many people are more interested in living with kin for the social and economic resources they provide, or living in intentional communities because they’re tired of being lonely. It’s a different dream of interdependence, sustainability and health.

Q: So, if not the single-family home, then what?

A: To start, it’s the “single-family home plus.” Many homeowners are excited about accessory dwelling units, such as backyard cottages and in-law suites, that enable them to house loved ones with privacy or generate some rental income.

Multigenerational living is on the rise, undoubtedly boosted this year, and while it works in a single-family home, it often works better in duplexes or in other situations where there’s some separation of space.

Other people, particularly young people who aren’t interested in long-term leases or living alone, are actively seeking intentional communities through co-living. These are buildings dedicated to people having their own private apartments with shared spaces and programming that brings people together.

For others, there are wellness communities that prioritize social and physical well-being, and while some of these communities have single-family homes, they’re focused on walkability and shared common spaces outdoors.

Q: You write about health-care insurers and providers such as Kaiser Permanente and the Mayo Clinic getting into housing. Why would they do that?

A: Hospitals end up housing the homeless and housing insecure, but they do it in the emergency room or in hospital beds. It’s very expensive because this population doesn’t tend to have insurance and tends to visit the ER frequently. Hospitals have found that housing is actually the best medicine and that it’s actually cheaper to build supportive housing for people who are going to be in the ER a lot.

If you extrapolate this situation to other demographics, you can see that hospitals and insurers might actually benefit from focusing more on housing. Some, like Children’s Hospital of Philadelphia, have already focused on interventions, like fixing asthma triggers in the homes of children, but it would make sense to use their nonprofit status and mission to improve health outcomes to create housing, where health outcomes are affected.

Q: The coronavirus has disrupted a lot of living situations in 2020. Which housing alternative you describe is most likely to accelerate because of the pandemic? Which will stall?

A: Multigenerational living is definitely going to be a big trend for the future. By 2018, the United States had the highest rates of multigenerational living and increasing numbers of family living with kin since 1950. Now, many people have moved in with family to access help with looking after kids and to enlarge their “bubble.”

Unfortunately, it’s also a sector with very little attention at the policy or market level. Everyone assumes that multigenerational families can live in single-family homes. They can, but they are more likely to endure and thrive in situations where the housing is better designed to their unique needs. We need local policies that encourage housing types that make it easy for generations to live next to each other. If we incentivized developers to build accessory dwelling units or a duplex instead of a 3,000-square-foot home with a garage, we’d have more housing and it would be much more appealing to multigenerational families.

Co-living was very hot prior to the pandemic, and while I’ve heard many co-living developers have continued to raise money and expand, that trend is stalling right now in the very places it was doing the best: high-cost cities like New York and San Francisco. Those are cities that are not seeing an influx of young people like they did before.

Q: Many of the alternatives you describe seem to come only in a “luxury” model right now. How could they be adapted to make them more affordable?

A: Certainly shared living done right can offer community for residents and cost savings for developers. Tiny homes have been sold as less-is-more places to downsize but really they’re akin to manufactured housing and targeted to low-income workers. Wellness communities are definitely high-end, but the concept of having wraparound health services works really well for people exiting addiction or homelessness, as well.

Q: If there’s a demand for different kinds of housing, why are many builders still focused on single-family houses?

A: If you want to build anything other than a single-family home in most residential communities, you have to get it approved by a local entity in charge of zoning. Without having certainty about how you could use the property, many developers will just build single-family homes because there is a real cost to the time spent on the approval process. More flexible zoning pretty much ensures more housing options, and more housing options means more naturally affordable housing and more diverse options that appeal to the true diversity of today’s demographics.

Increasing the supply of housing in sought-after neighborhoods is the main thing you can do to bring down the cost of housing. More flexible zoning, as in Minneapolis, will allow that. Many homeowners will fight this, because if there is more supply, it will likely lower their property values. The Biden administration has already focused on targeting funding to municipalities that are encouraging the creation of housing supply through less restrictive zoning.

Q: You challenge the long-held notion that home ownership “is one of the best tools to build wealth in communities of color.” Why hasn’t that happened more broadly? What would make more sense?

A: It is important to ensure there are equal opportunities for BIPOC (Black, Indigenous, people of color) to become homeowners, and to ensure that we finally rid the housing industry of the racism that endures to this day in financing and sales. That said, I think we need to move away from homeownership as practically the only means of wealth creation in this country.

We work hard to figure out how to house people who can’t pay their rent through numerous federal, state and local initiatives. It’s expensive, difficult and doesn’t cover nearly the number of people necessary. We run into a lot of problems funding subsidized housing, where to locate it, how to maintain it, and so on. We could, instead, give people in need money and let them figure out how to use it. There is a pilot on direct cash transfers going on in Philadelphia right now and in a few other cities in the country. (Disclosure: My husband, Greg Heller, is involved in the Philadelphia project.) It’s a model that would benefit people and be more efficient for the government to execute.