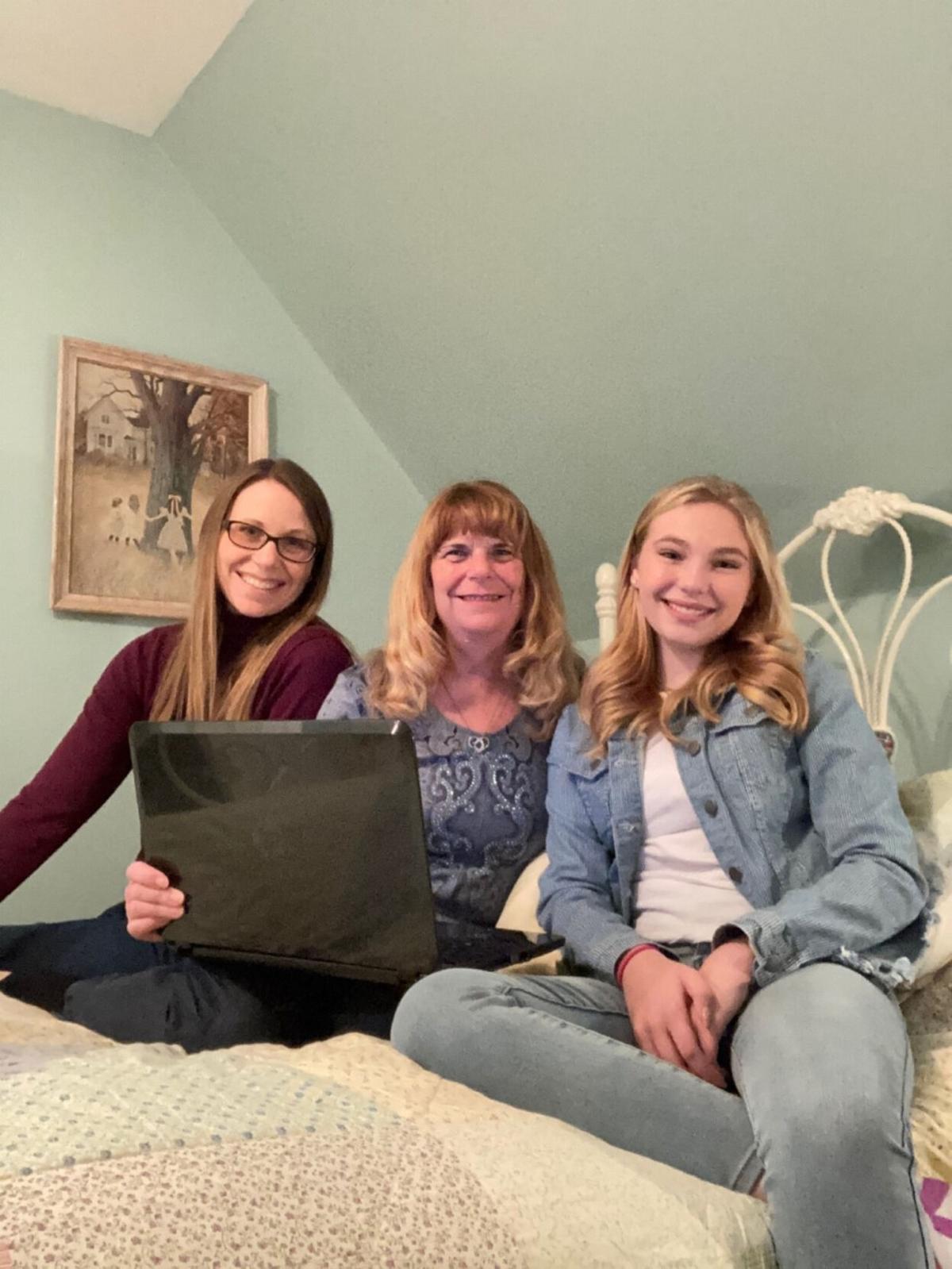 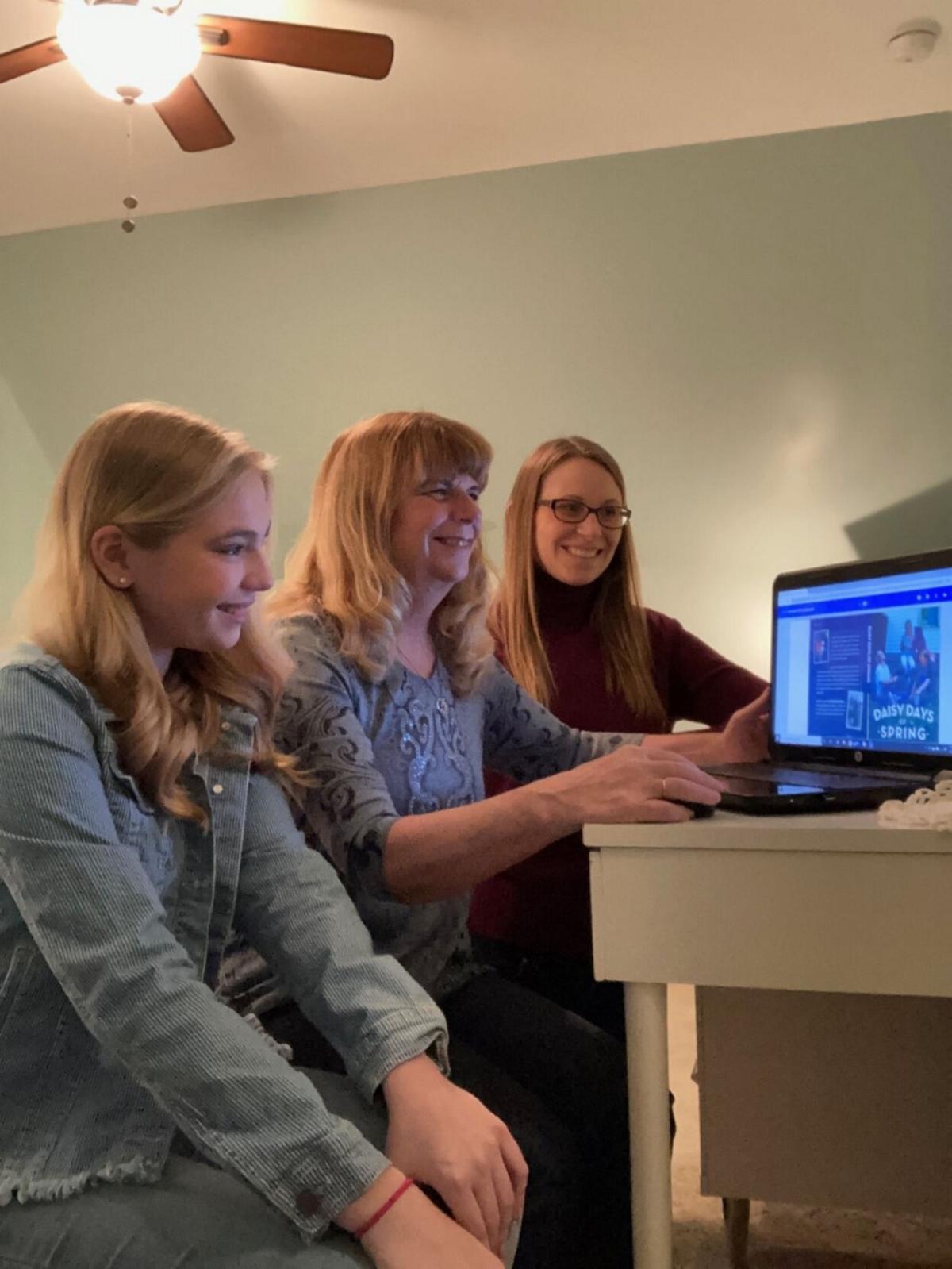 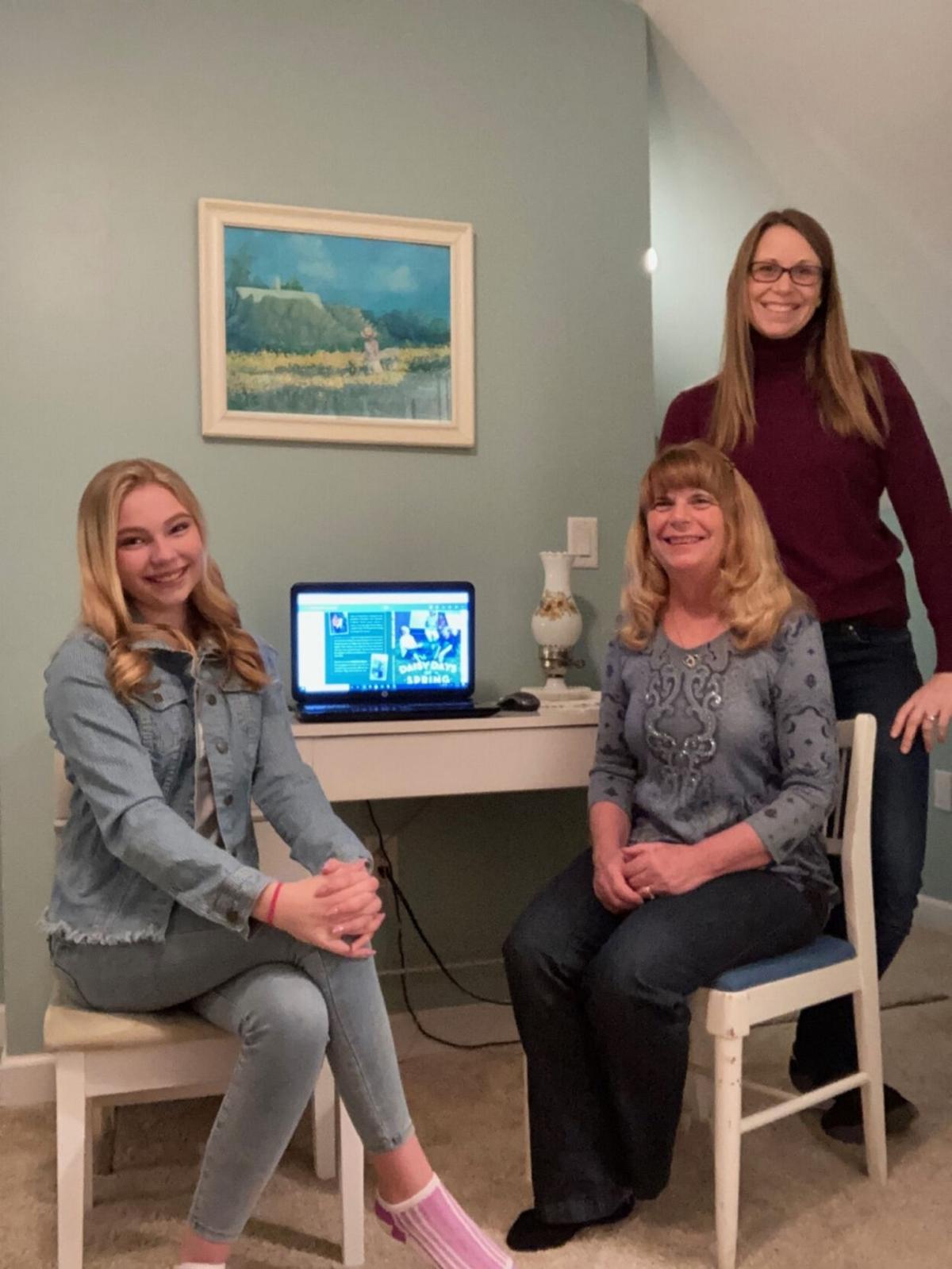 BROWNVILLE — Set during a time when the nation was still reeling from the assassination of John F. Kennedy, when the shell-shocked nation was barreling toward the Vietnam War and The Beatles were making their mark on the music scene, “Daisy Days of Spring” by Pamela Rose Gardner Scee is now available for purchase.

It all came about during another time period that will surely go down in the history books.

Originally, Mrs. Scee was only going to create a book for her family, perhaps using Shutterfly, something to hand down in her family because, as she noted, losing both parents is a jarring thing to have happen, and you want your grandchildren who never met them, your great-grandchildren who will be coming along someday, to know them.

“I thought, if I can make it in a story form and put their great grandma in there, their great-great-grandparents and put some family history in there, that’s a wonderful way for them to learn that,” Mrs. Scee said of her reasoning behind the book. “As the story developed, I’m a Christian, so my faith in God shows in this book, and I thought maybe this is something God wants me to release to the public, just to give them something uplifting during this time and letting them escape for a little while to their childhood where things were simpler.”

Mrs. Scee was raised in Brownville, worked at the Brownville Post Office and served in the United Methodist Church there for most of her adult life. She moved to Sackets Harbor in 2011 to more easily run the ice cream shop her family owned in the village, Saturdays Sundaes and More, for a decade and currently teaches Sunday school and helps homeschool her six grandchildren. “Daisy Days of Spring” is a coming-of-age story of growing up and trying to navigate in an adult world, figuring things out along the way. Though based on her own experiences, this book from Mrs. Scee is a piece of juvenile fiction.

Truly a family effort, Mrs. Scee’s daughter, Jamie Scee Montanaro drew small illustrations corresponding to each chapter, some of her grandchildren posed for the cover photo — taken by her granddaughter Shayna Cook, 14 — Mrs. Scee’s son helped with the first paragraph of the book, her other daughter is helping with marketing, and her son-in-law and others helped with computer setup and submission of the story.

Following with the title of the book, daisies are a theme throughout. Taking place the last two weeks of school in Brownville in 1964, the daisy motif begins with a school show-and-tell display of the main character Pam’s — based on Mrs. Scee — love of daisies. The daisies become important at the end of the book as well, with the answer to Pam’s guilt found in the daisies.

“In light of what occurred Wednesday in our nation’s capital, the message contained in this book can be used by parents to explain why people need to listen to the right messages and search their own conscience when tempted to do wrong,” Mrs. Scee said. “If my book can help families talk about good and bad choices during these troubling times, I have accomplished something greater than I originally planned.”

Mrs. Scee always wanted to write a book, but never got around to it until COVID hit and she found herself with the time to work on one, inspired by author Suzanne Rothenberger, a member of her church’s Bible study group.

Locked down and diving in, she found that every time she would feel like she was done with the story, she’d go to sleep and wake up in the morning with new ideas. The plot was the easiest part of the process, since it was based on her life.

“I had a lot of stories that I’ve been just reminiscing about for years to write into a story, so the story line really came along, it was based on facts and just came along really easily,” she said. “The hardest part is brushing up on your English and you have to unlearn things you learned in elementary school about punctuation, capitalization — all kinds of things. Everything’s changed because they go by the Chicago Style.”

Mrs. Scee eventually went with the self-publishing route through WestBow Press. The process went fairly quickly with her submitting the manuscript in September and it already being in print and available for purchase.

In the book, the characters get in trouble with someone Mrs. Scee describes as “the village tyrant,” places in Watertown are mentioned, like where Mrs. Scee took dance lessons, and other nostalgia-inducing elements are included, like Mrs. Scee’s brother John being into The Beatles and Mrs. Scee having a crush on Paul McCartney, so much so that she argues with her cousin who loves John Lennon.

“It’s a great book for grandparents or parents to read with their children and they can laugh together and talk things over with each other,” Mrs. Scee said of her first book. “It’s just going to be a book that just generates a lot of reminiscing and good feelings and uplifting things about what kids should do when they’re doing stuff that they shouldn’t. There’s going to be a lot of things that parents can discuss as a family together reading this book.”