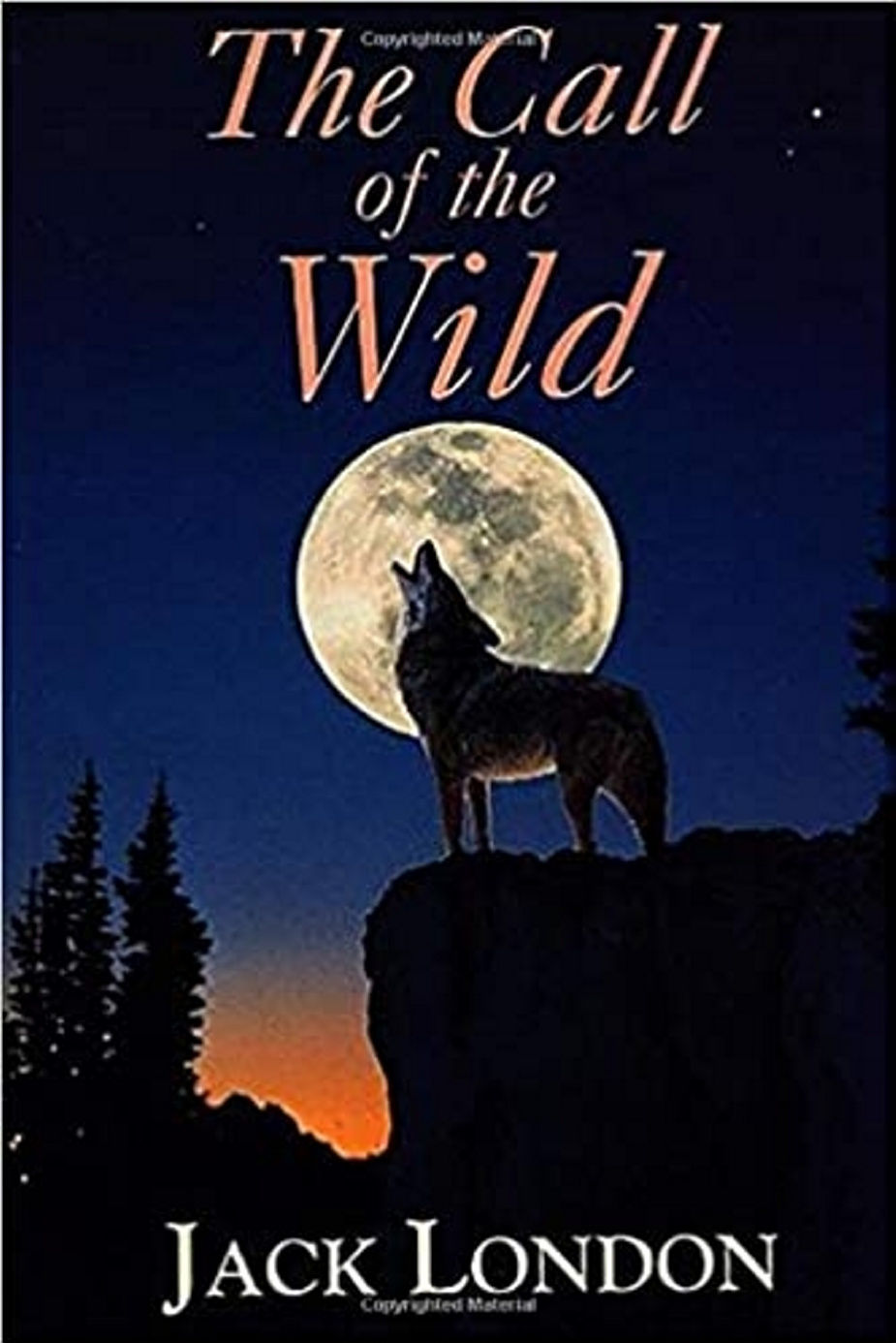 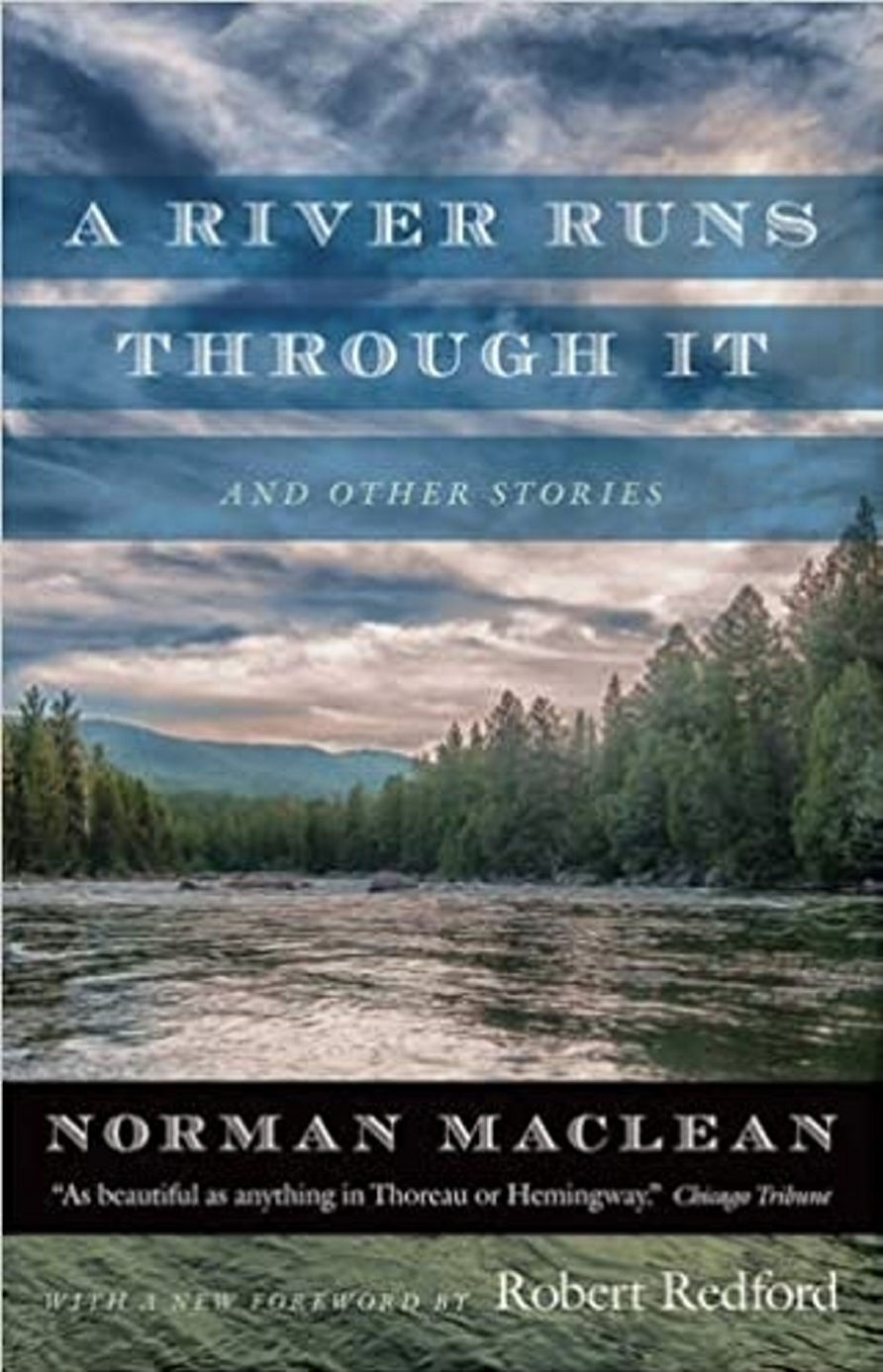 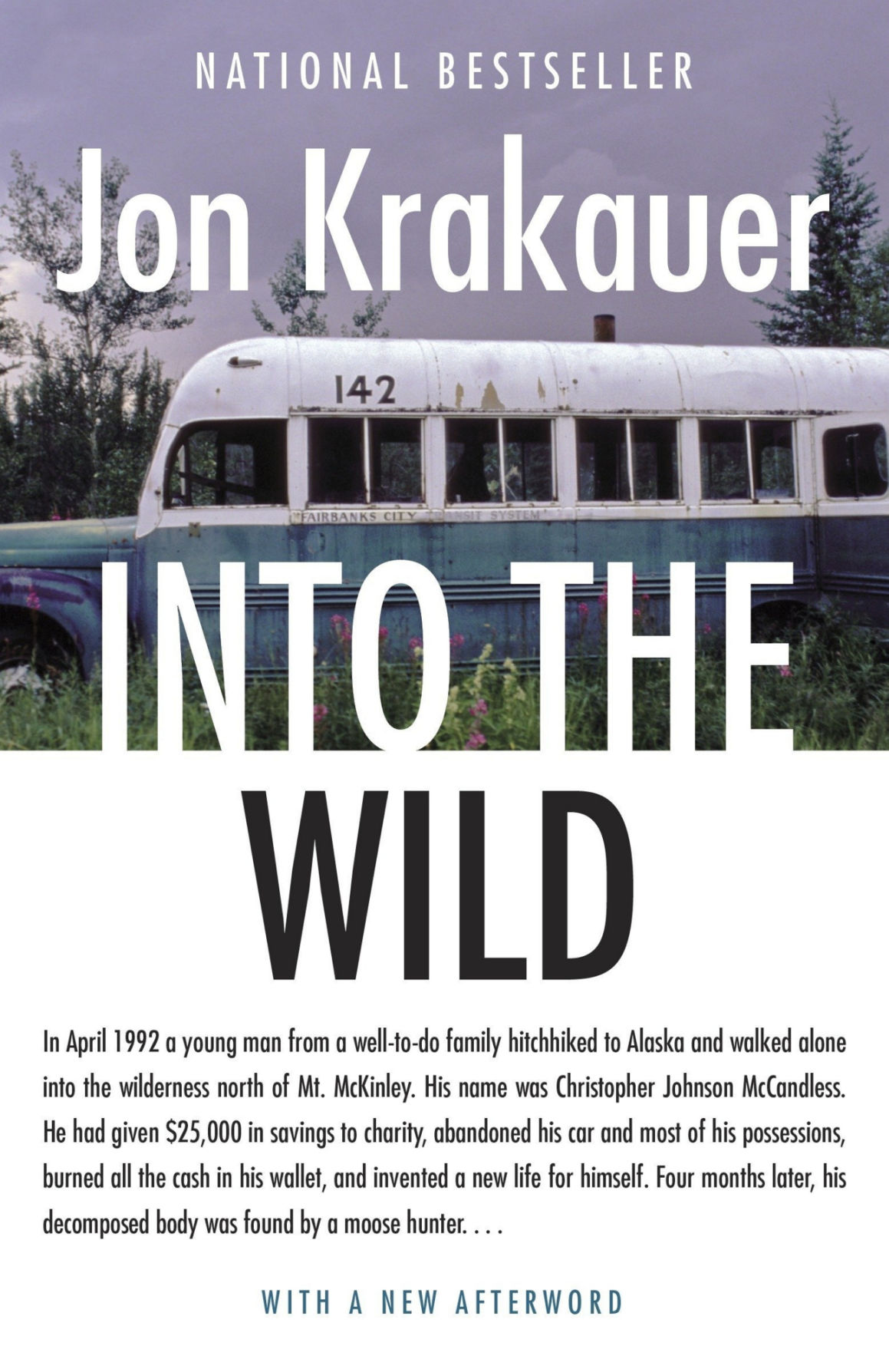 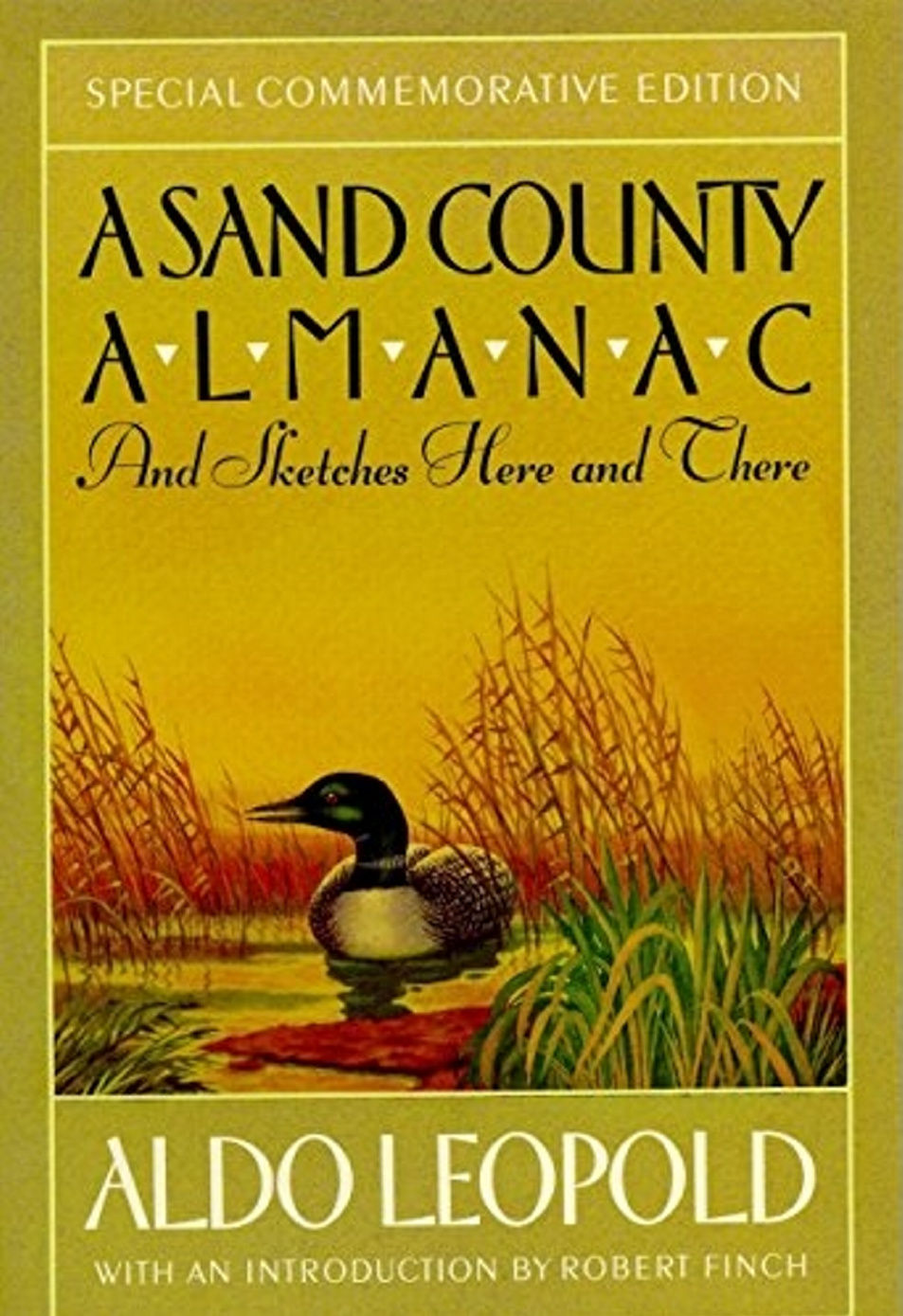 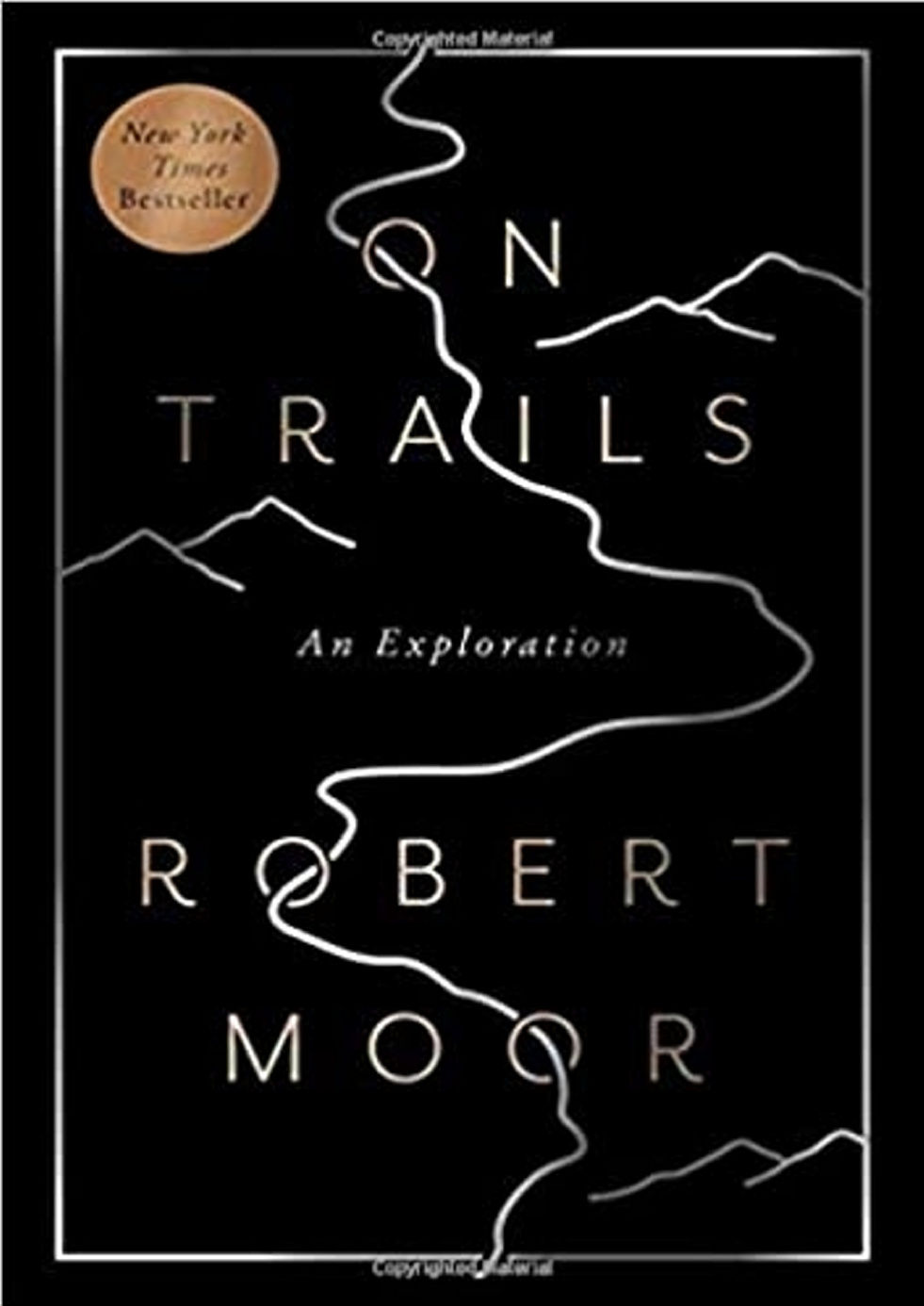 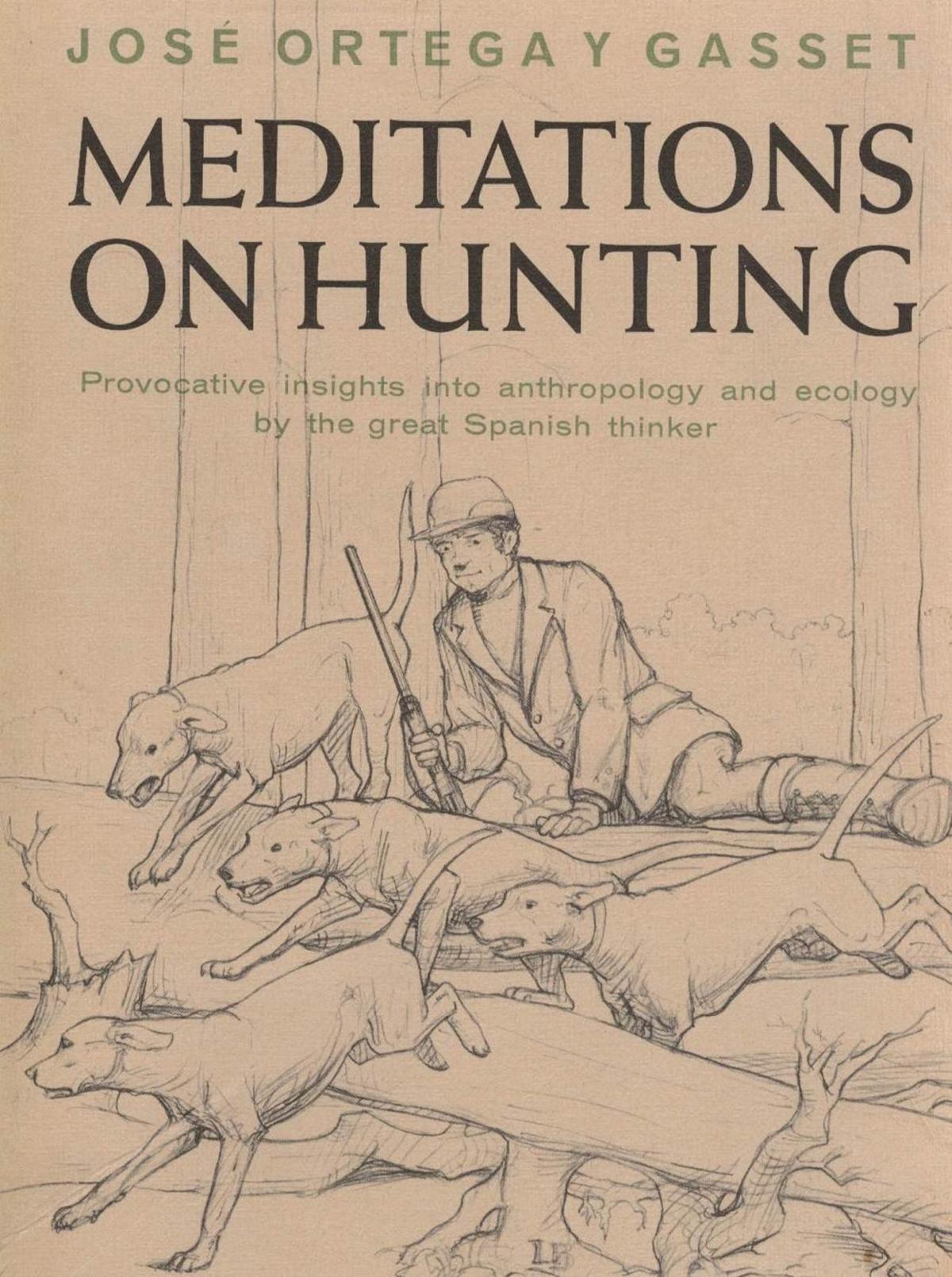 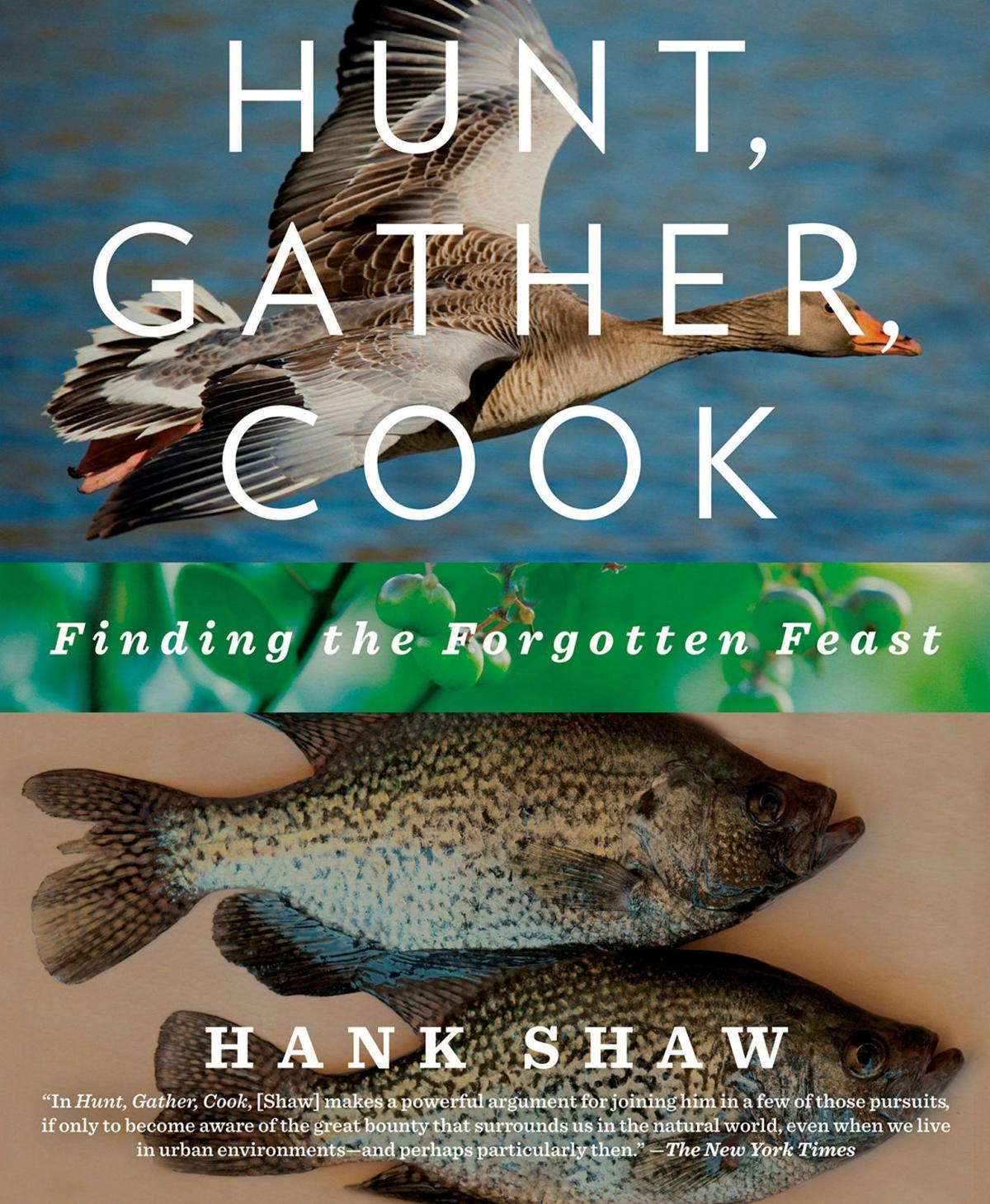 DULUTH, Minn. — So we aren’t supposed to travel to wild places now, or anywhere far from home for that matter, so maybe the next best thing is to sit in a comfy chair and read about the outdoors.

Here’s a hastily compiled list of what I’ll call “great outdoor reads” based on my own musings, suggestions from friends and, in at least one case, the Pulitzer and Nobel prize committees. Some are classics, some newer, all of them based around the outdoors.

I’ve also thrown in some local and regional options.

I have read some, but not all, of these, so the descriptions are a mix of my recollections, book reviews and jacket summaries, so take them as you will.

I’ll admit that these trying COVID-19 times often make me too anxious to commit to a 400-page novel. But maybe it will help.

“The Call of the Wild”

By Jack London, Macmillan publishing (now Simon & Schuster). First published in 1903, The Call of the Wild is regarded as Jack London’s masterpiece. Don’t go mistaking this for a children’s book, even if that’s when you last read it. Based on London’s experiences as a gold prospector in the Canadian wilderness and his ideas about nature and the struggle for existence, The Call of the Wild is a tale about unbreakable spirit and the fight for survival in the frozen Klondike.

The main character of the novel is a dog named Buck. The story opens at a ranch in Santa Clara Valley, California, when Buck is stolen and sold into service as a sled dog in Alaska. He becomes progressively more wild as he’s forced to fight to survive and dominate other dogs. By the book’s end, Buck is as wild as a wolf.

“A River Runs Through It and Other Stories”

By Norman Maclean, University of Chicago Press. You’ve probably seen the movie, but have you read the book? It’s a semi-autobiographical collection of three stories by Maclean, who died in 1990 at age 88. Much of the book deals with his relationship with his ne’er-do-well brother, Paul, and his father, as Maclean grew up in rural Montana in the early 1900s.

The collection contains the novella “A River Runs Through It” and two short stories, “Logging and Pimping and ‘Your pal, Jim’” and “USFS 1919: The Ranger, the Cook, and a Hole in the Sky,” which precede the events of the novella.

The book starts like this: “In our family, there was no clear line between religion and fly-fishing.” And boom, you’re hooked.

By Jon Krakauer, Villard publishing. Krakauer’s 1996 masterpiece was a followup to his magazine article on Christopher McCandless titled “Death of an Innocent,” which appeared in the January 1993 issue of Outside. (The book was adapted to a film of the same name in 2007.)

The book now is used as required reading in some high school or college literature classes. It was an international bestseller, printed in 30 languages.

McCandless grew up in suburban Annandale, Virginia. After graduating from college in May 1990, McCandless stopped communicating with his family, gave away his bank account of $24,500 to charity and began traveling across the Western United States.

In April 1992, McCandless hitchhiked to the Stampede Trail in Alaska. He took off down the snow-covered trail with only 10 pounds of rice, a .22 caliber rifle, several boxes of rifle rounds, a camera and a small selection of reading material, including a field guide to the region’s edible plants. He declined help to buy sturdier clothing and better supplies. McCandless perished sometime around the week of August 18, 1992, after surviving more than 100 days on his own.

“A Sand County Almanac: And Sketches Here and There”

By Aldo Leopold, Oxford University Press. The 1949 book describes the country around the author’s home in Sauk County, Wisc. It’s a collection of essays (some that had been previously published in outdoor magazines) that describe Leopold’s idea of a “land ethic,” or a responsible relationship existing between people and the land they inhabit. Edited and published by his son, Luna, a year after Leopold’s death, the book is considered a landmark in the American conservation movement.

I don’t consider Leopold a great writer. But this is still a great book. A Sand County Almanac is a combination of natural history, scene-setting and philosophy, including Leopold’s famous but simple quote on what’s right and wrong in life: “A thing is right when it tends to preserve the integrity, stability, and beauty of the biotic community. It is wrong when it tends otherwise.”

In the original publishing, the book begins with a set of essays under the heading “Sand County Almanac,” which is divided into twelve segments, one for each month. These essays mostly follow the changes in the ecology on Leopold’s farm near Baraboo, Wisconsin. (There of course is no real Sand County in Wisconsin but plenty of counties with sandy soil.)

The book also includes the essay “Thinking Like a Mountain” recalling another hunting experience later in life that was formative for Leopold’s later views. Leopold describes the death of a wolf killed by his hunting party during a time when conservationists were operating under the assumption that elimination of top predators would make game plentiful. The essay provides his transformation of thought on why predators were instead an integral part of thriving ecosystems.

Leopold writes that land is not a commodity to be possessed; rather, humans must have mutual respect for Earth in order not to destroy it. He also warns us that humans will cease to be free if they have no wild spaces in which to roam.

“On Trails: An Exploration”

By Robert Moor, Simon & Schuster. This book was a New York Times Bestseller and a winner of the 2017 Saroyan International Prize for Writing and declared the best outdoors book of year by the Sierra Club.

On Trails is a soul-searching exploration of how trails have helped Moor, and maybe the rest of us, understand the larger world. Moor was thru-hiking the Appalachian Trail when he started wondering about how trails form. Over the next even years, Moor traveled the globe, exploring trails of all kinds, long and short, obvious and hidden, melding his own experiences with findings from science, history, philosophy, and nature writing.

By Jose Ortega y Gasset, Scribner Book Company. This may be the most quoted book about hunting ever written, even though the paperback version is only 136 pages (first published 1972.) It’s been called the finest work on the essence and ethics of hunting. Ortega states that life is constantly changing dance between man and his surroundings. He explains that hunting is part of man’s very nature, that “hunting is a universal and impassioned sport ... it is the purest form of human happiness. The essence of hunting or fishing involves a complete code of ethics of the most distinguished design. The sportsman who accepts the sporting code of ethics keeps his commandments in the greatest solitude with no witnesses or audience other than the sharp peaks of the mountain, the stern oak, and the passing animal.”

Ortega lived from 1893 to 1955. Good luck finding a cheap version of this book. They are going on Amazon for upwards of $65.

By Hank Shaw, Rodale Books. Shaw put into book form what he’s been doing on his blog for years. A lifelong angler and forager who became a hunter late in life, Shaw writes about his passion for hunting and fishing and cooking and eating what he kills. Shaw specializes in recipes for some of the lesser known wild foods that are available in the woods.

Shaw not only describes his adventures afield but then takes readers from the field into the kitchen in an easily understood, exciting fashion that includes recipes and directions for things like homemade root beer, cured wild boar loin, boneless tempura shad, Sardinian hare stew and pasta made with acorn flour.

“The Old Man and the Sea”

By Ernest Hemingway, Scribners. Okay, if you haven’t read this book you might have missed high school literature class. But if you haven’t read it in that long, give it another look. It is, for American fishing literature, about as good as it gets. You may or may not like Hemingway’s style, but here it is in its most vivid form, and in relatively short (128 pages) form. Released in 1952 it was the last major work of fiction by Hemingway published during his lifetime. The book tells the story of Santiago, an aging Cuban fisherman who — after not catching a fish for 84 days — struggles with a giant marlin far out in the Gulf Stream off the coast of Cuba, one of Hemingway’s favorite places.

In 1953, The Old Man and the Sea was awarded the Pulitzer Prize for Fiction, and it was cited by the Nobel Committee as contributing to their awarding of the Nobel Prize in Literature to Hemingway in 1954.

By Ernest Hemingway, Scribners (edited and forwarded by Seann Hemingway and Patrick Hemingway.) Does Hemingway deserve two books on this list? Of course he does, and it’s my list. Hemingway’s love for the hunting life is reflected in this collection of his shorter stories, including his famous account of an African safari in “The Short Happy Life of Francis Macomber” to passages about duck hunting in “Across the River and Into the Trees.”

Hemingway, like Ortega, believed hunting was the best way for people (namely men, for him) to explore their humanity and relationship to nature.

Hemingway on Hunting also includes hunting pieces he wrote for magazines, including Esquire and Vogue.

“Grinnell: America’s Environmental Pioneer and his Restless Drive to Save the West”

By John Taliaferro. Liveright Publishing. Taliaferro was already an acclaimed biographer when he wrote this piece on George Bird Grinnell. If you are asking who Grinnell is, you need to read this book. Among the famed early conservationists of his time, like Muir and Roosevelt, Grinnell is probably the least-recognized and most underappreciated. In the late 1800s Grinnell, a zoologist and anthropologist by training, surmised that the United States was experiencing an alarming decline of birds and other wildlife. So he started writing and editing countless articles arguing for conservation policies. He helped form the Audubon Society, and along with Theodore Roosevelt, was a founding member of the Boone and Crockett Club, organized by concerned hunters for the protection of wildlife habitat.