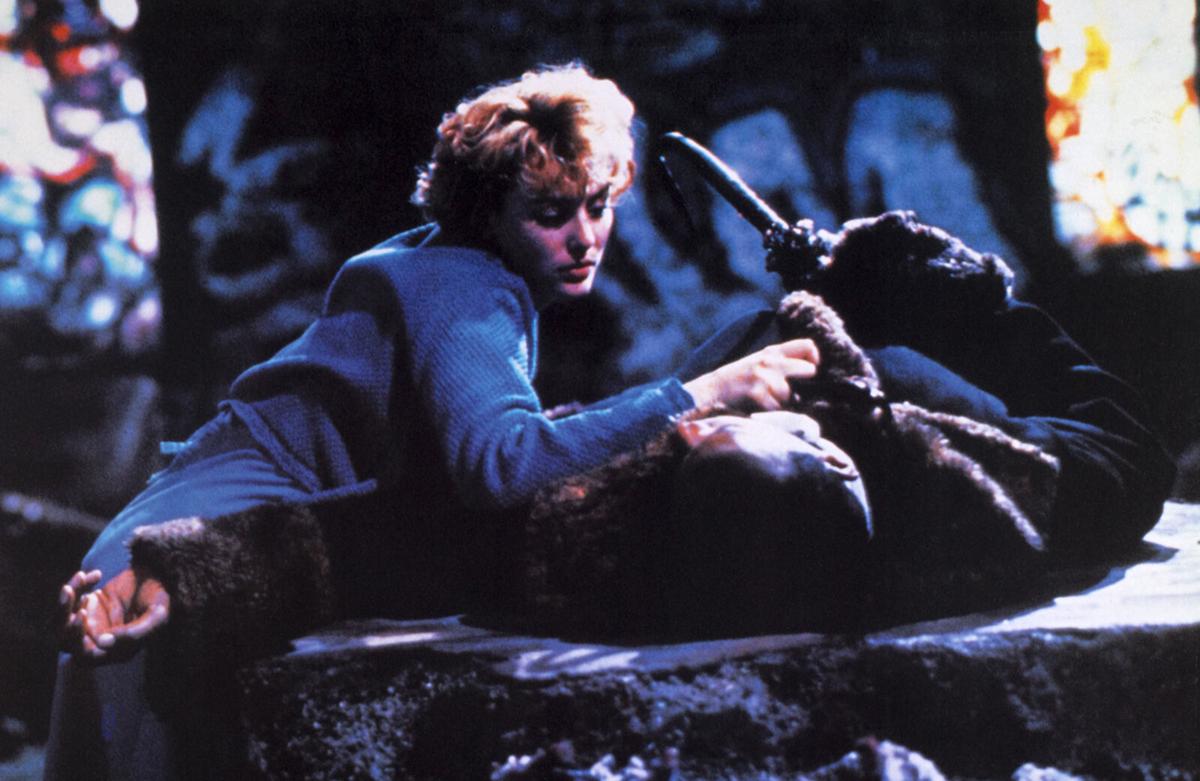 Virginia Madsen and Tony Todd in a scene from “Candyman.” POLYGRAM/Album/Zuma Press/TNS 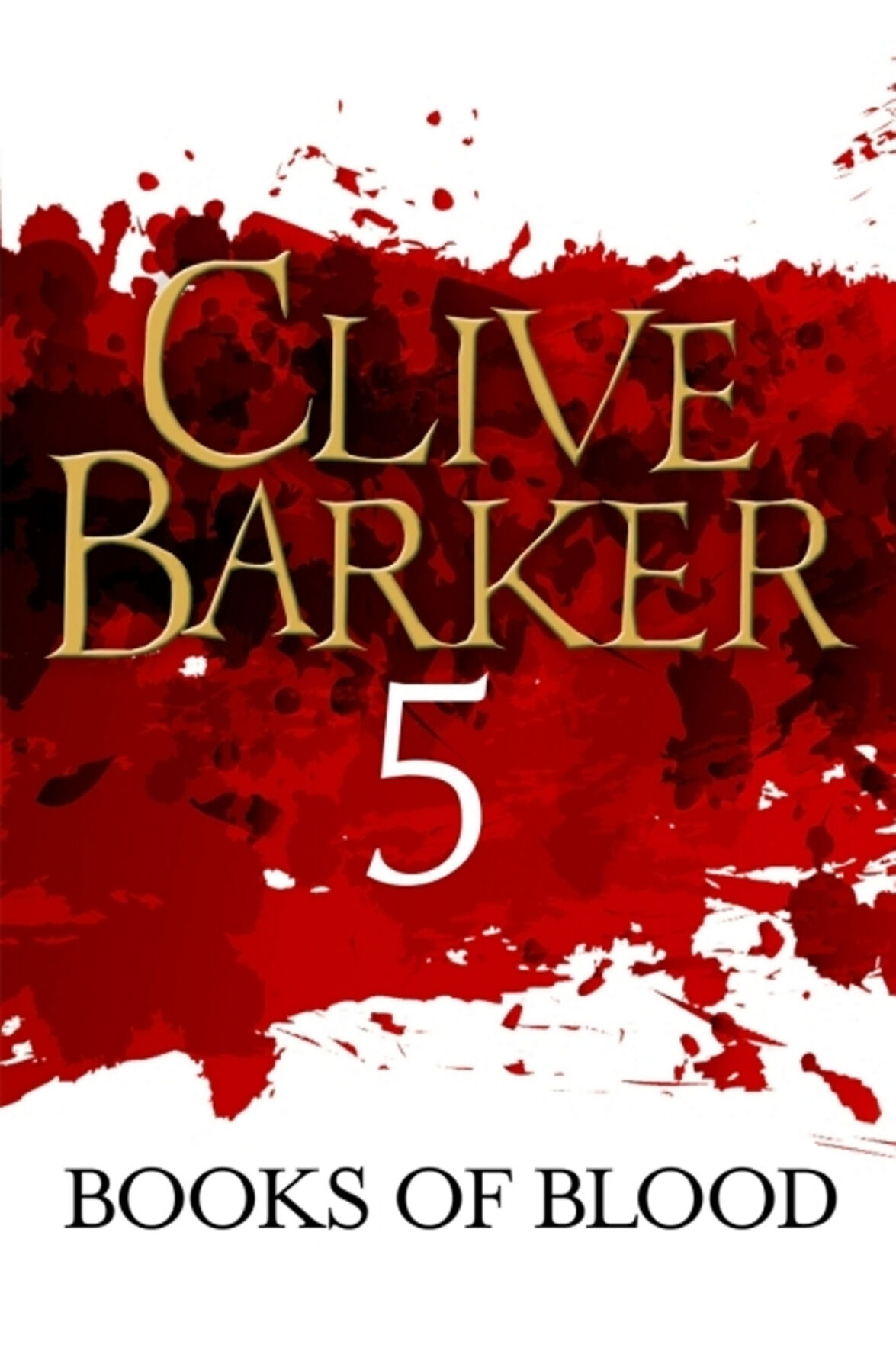 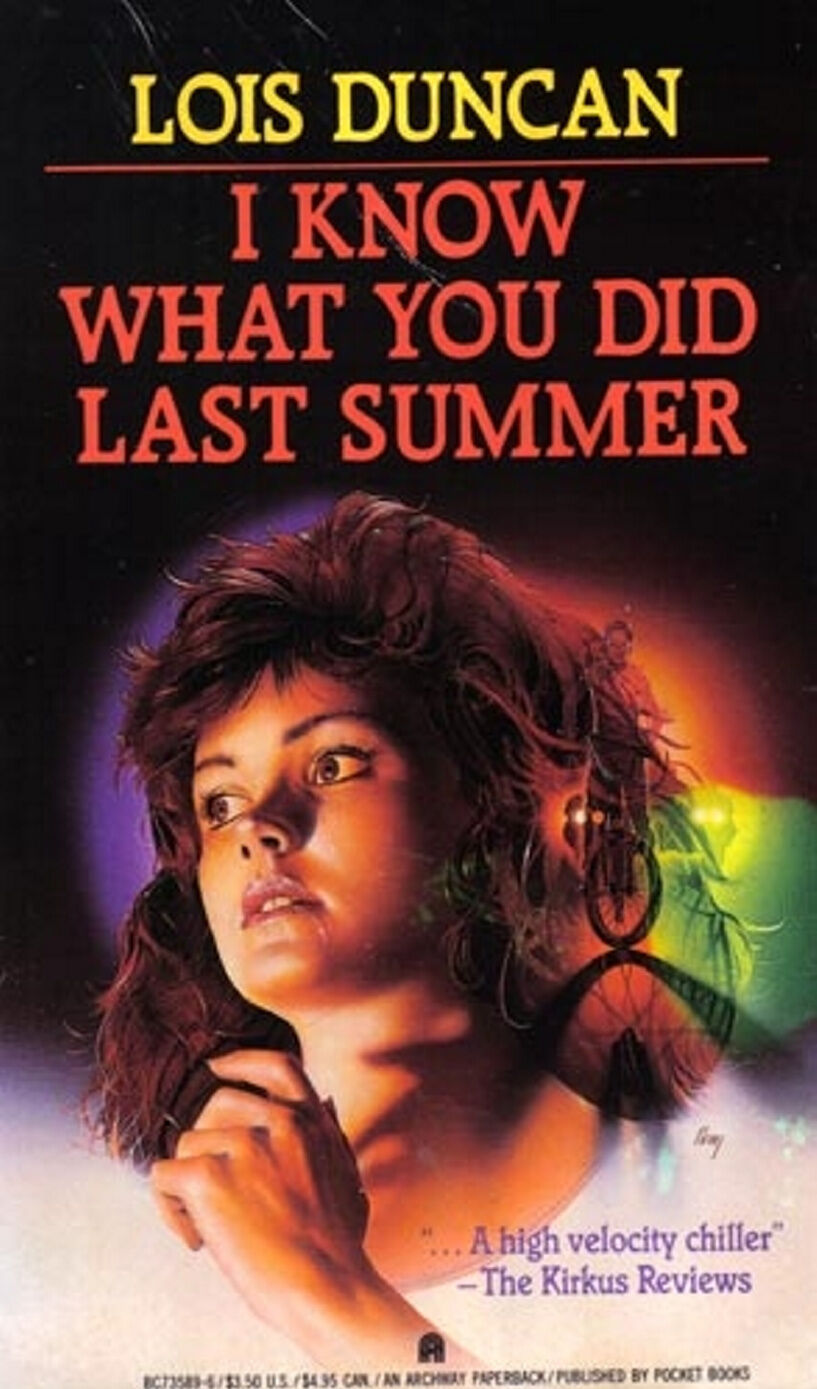 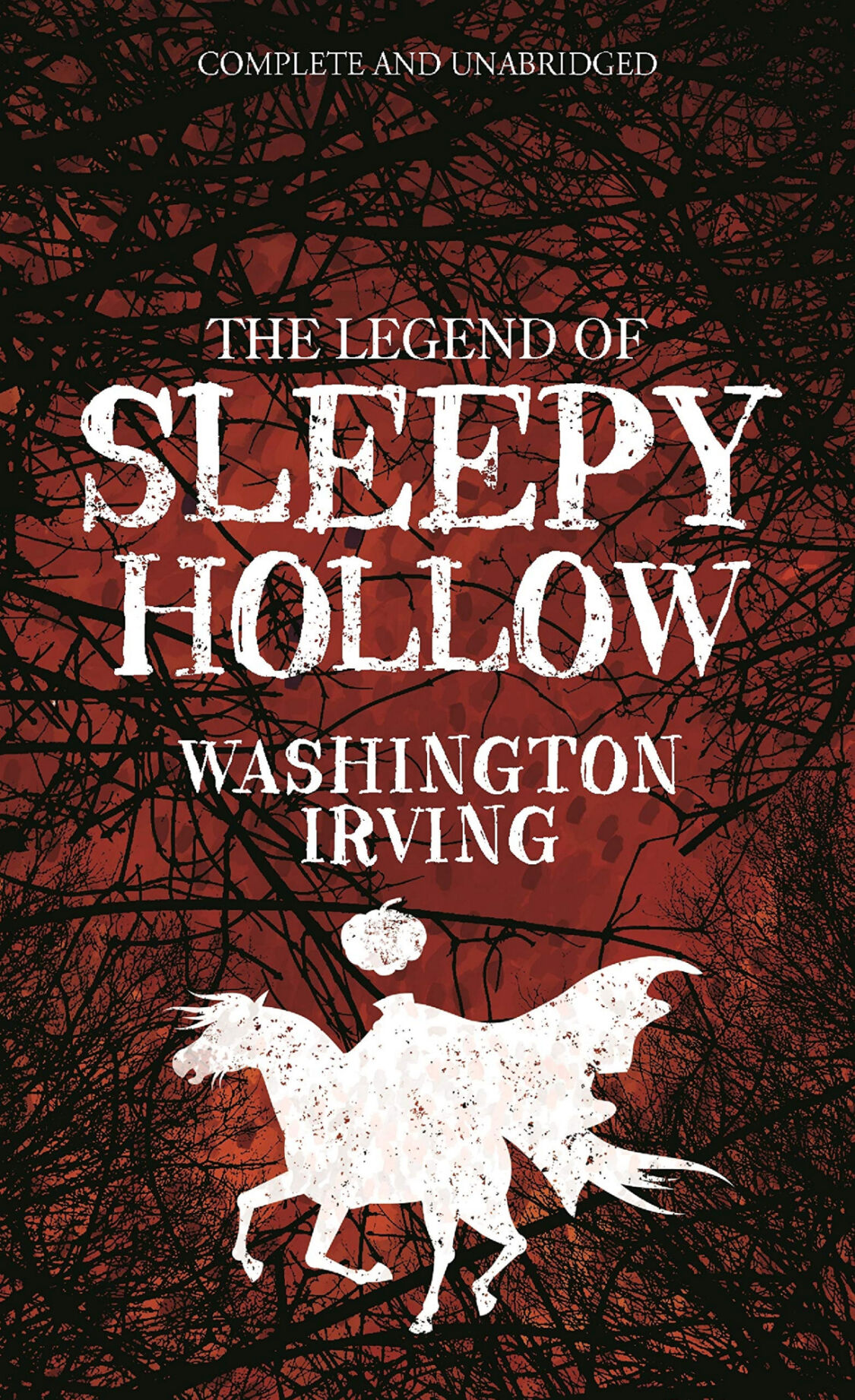 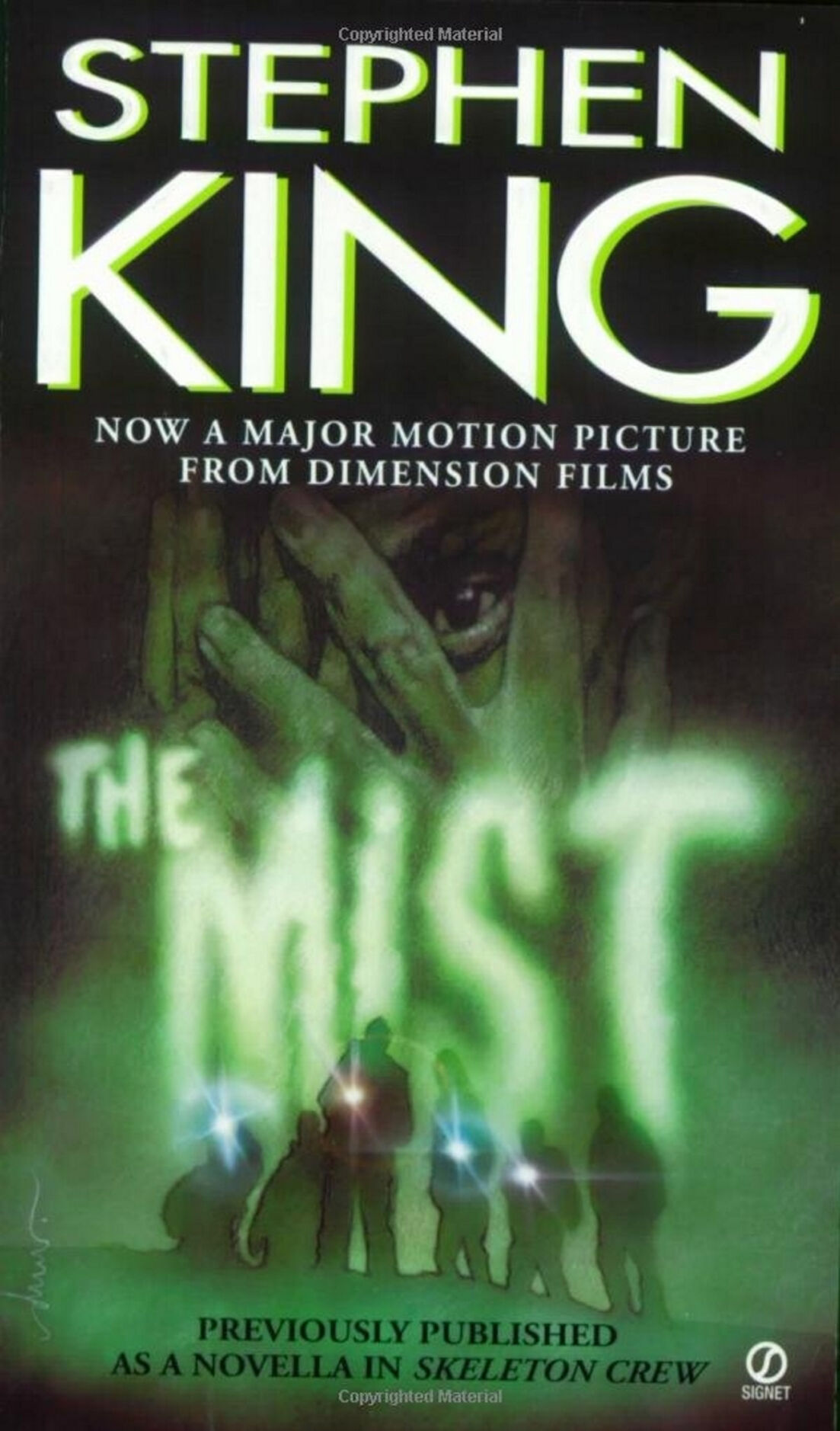 Virginia Madsen and Tony Todd in a scene from “Candyman.” POLYGRAM/Album/Zuma Press/TNS

With so many spooky and scary movies out there, it’s hard to decide what to watch when October rolls around. But why limit yourself to just viewing creepy content? Instead, not only watch but also read as you enjoy these movies based on literature.

The works of British horror author Clive Barker have an uneven history of success, but few villains are as enduring or iconic as Tony Todd’s titular Candyman. Based on Barker’s short story “The Forbidden,” the movie moves the original setting of the slums of Liverpool to the storied Cabrini-Green housing projects in Chicago, yet maintains the themes of the power of folklore and poverty tourism.

Grad student Helen Lyle (Virginia Madsen) is interested in local urban legends when she comes across stories of The Candyman, a hook-handed, bee-covered ghost who might be the embodiment of historic evils. Director Bernard Rose and a score from minimalist composer Philip Glass elevate the material beyond the typical slasher fare to keep the intelligent meditation of the story. But don’t worry, gore fans. This is still from Barker’s “Books of Blood” series, so there is plenty of horror to be found.

The film spawned a couple of tepid sequels over the decades until this year, when director Nia DaCosta’s sequel of the same name returned the original social commentary and creepiness to the screen. This is a good year to get reacquainted with the original.

Watch the original “Candyman” on Tubi. Purchase “Books of Blood, Volume 5” (which contains “The Forbidden”) via Amazon, Barnes & Noble and more.

‘I Know What You Did Last Summer’

“I Know What You Did Last Summer” begins with a group of high school seniors — Ray, Julie, Barry and Helen — as they party and celebrate their summer together. Later that night, Barry’s car strikes a pedestrian on the road. In the book, it’s a young cyclist, and in the film, Ray is driving and hits a fisherman. They agree to hide the body and never speak of the incident again.

The following summer, as the quartet of young adults are ravaged with guilt, they are haunted by somebody who claims to know what they did last summer. This shows up in notes, photographs and appearances by a mysterious stalker. In the movie, it’s a fisherman in a slicker who uses a hook to commit nearly a half-dozen murders. The slasher film isn’t a cinematic masterpiece, garnering ratings in the 40% range on Rotten Tomatoes, but it has a dedicated cult following and can be fun to watch. The end is ambiguous, leaving the door open for two sequels released in 1998 and 2006.

The details differ between the book and film adaptation, but the premise remains the same: Teens with guilty consciences run from their actions as somebody seeks revenge.

Watch it on Amazon Prime Video. Purchase the book via Amazon, Barnes & Noble, Target and more.

No matter what version — short story, movie or show — “The Legend of Sleepy Hollow” has always fascinated me. Perhaps because I grew up in New York, not far from the village. Yes, it’s real — an argument I had to settle with many friends in college. There’s even a haunted attraction near Sleepy Hollow called Headless Horseman Hayrides and Haunted Houses, which derives its name from the story’s chief spook.

Washington Irving’s “The Legend of Sleepy Hollow” tells of a village haunted by spirits — most notably, the Headless Horseman who is the ghost of a Hessian soldier who lost his head to cannon fire during the Revolutionary War. Superstitious schoolmaster Ichabod Crane moves to the town and charms the villagers but becomes Brom Bones’ rival as the two seek to win the favor of Katrina Van Tassel. Crane is attacked one night by the Horseman and disappears. But was it truly the mythical figure or a jealous Brom Bones?

Tim Burton’s adaptation titled “Sleepy Hollow” is loosely based on the story. However, instead of a schoolmaster, Crane (Johnny Depp) is a New York City police constable investigating several murders in Sleepy Hollow. Fans of Burton’s gothic film style are sure to appreciate this reimagining of Irving’s tale.

But if the scary version isn’t for you, there’s also the delightful Disney cartoon that will have you singing along with “It’s the new schoolmaster. What’s his name? Ichabod. Ichabod Crane.” It cleverly tells the classic tale in a kid-friendly manner with slight scares. “The Legend of Sleepy Hollow” short is part of “The Adventures of Ichabod and Mr. Toad,” so you might as well watch the wild adventures of J. Thaddeus Toad in the “Wind and the Willows” segment while you’re at it.

Watch “Sleepy Hollow” on Starz or “The Adventures of Ichabod and Mr. Toad” on Disney+. Purchase the story via Amazon, Barnes & Noble, Target and more.

Mystery and monsters loom large in “The Mist,” a film adapted from the Stephen King novella of the same name, first published in 1980 but then included in a 1985 collection called “Skeleton Crew,” where it became one of the snacks of my voracious-for-King teenage years. (I have a clear memory of finishing my library-leased copy of “Pet Sematary” very late at night and tossing it into my bedside drawer with fearsome speed; that epilogue was a true creeper!)

“The Mist” is, as is the case with much of the King I’ve enjoyed, a solid, Serling-esque showcase of the monsters people become when faced with, well, monsters. And the monsters said people encounter in the mist were well paired with the burgeoning CGI of the aughts and director Frank Darabont’s grim vision.

Darabont had brought other King books to life with phenomenal results before making this film (“The Shawshank Redemption” and “The Green Mile”) and though I wouldn’t put “The Mist” at that level, the director’s talent for bringing societal breakdown to life — something he’d develop phenomenally before bringing “The Walking Dead” to the small screen years later — is evidenced here in comparative infancy.

There are things “The Mist” does quite differently on the screen versus the page. And I can’t reveal these spoilers. But I can tell you that the most startling of them — some fans loved it, others not so much — was 100% King-approved.

And that the monsters that creep therefrom are the stuff the Halloween season is made of.

Watch it on AMC+, FuboTV, Philo or Sling. Purchase the book via Amazon, Barnes & Noble and more.