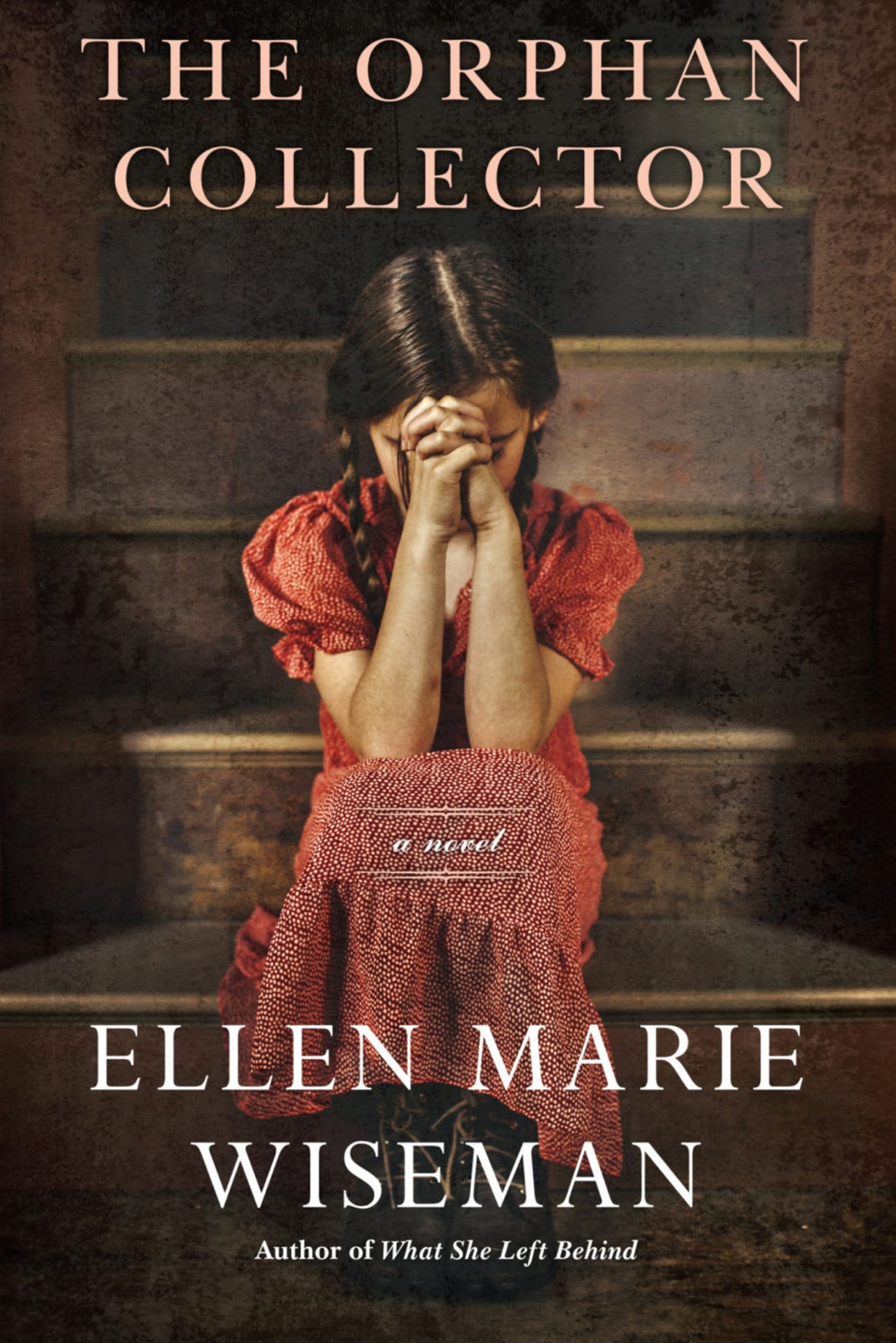 “The Orphan Collector” will be released in July by Kensington Publishing. 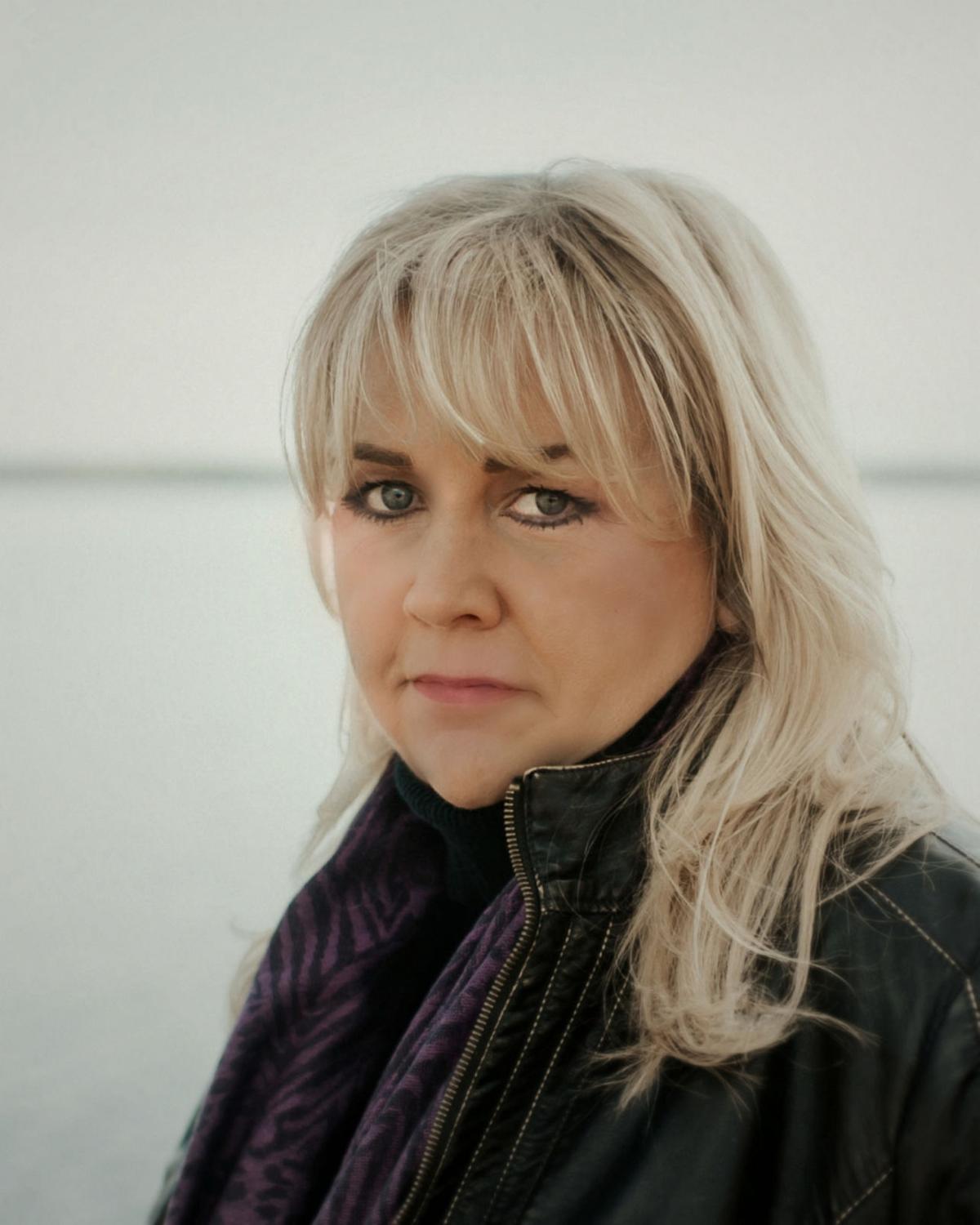 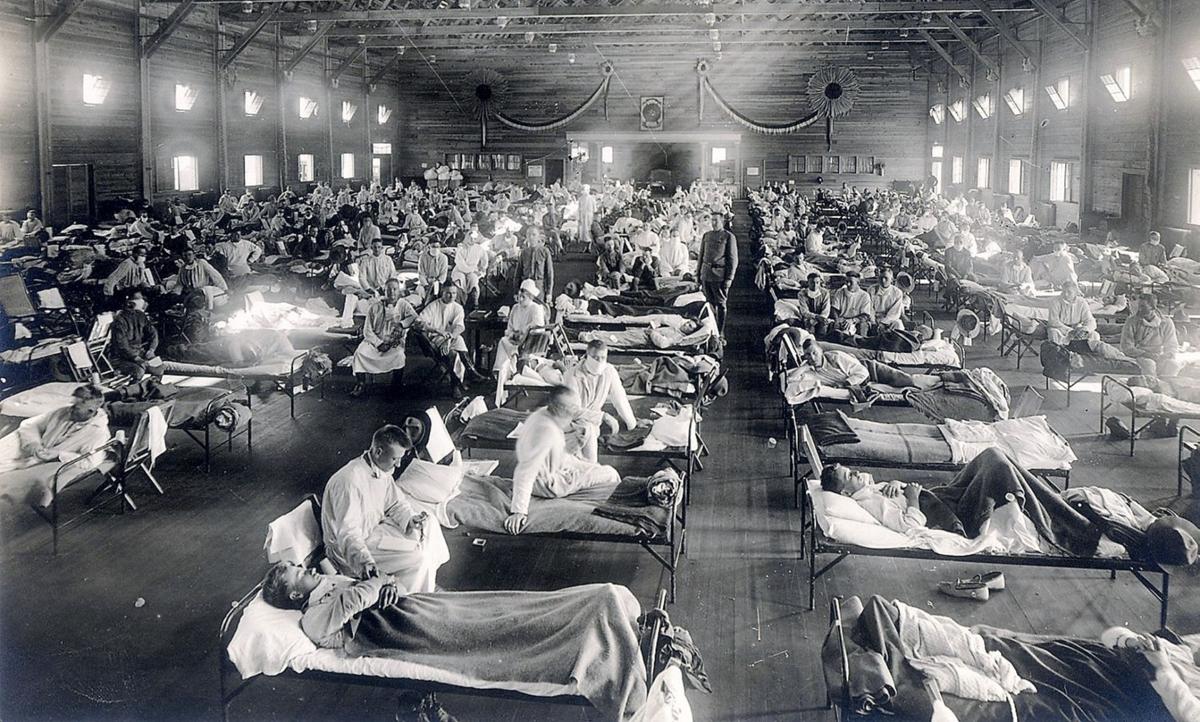 Soldiers at Fort Riley, Kan., ill with the Spanish Flu at a hospital at Camp Funston. National Museum of Health and Medicine 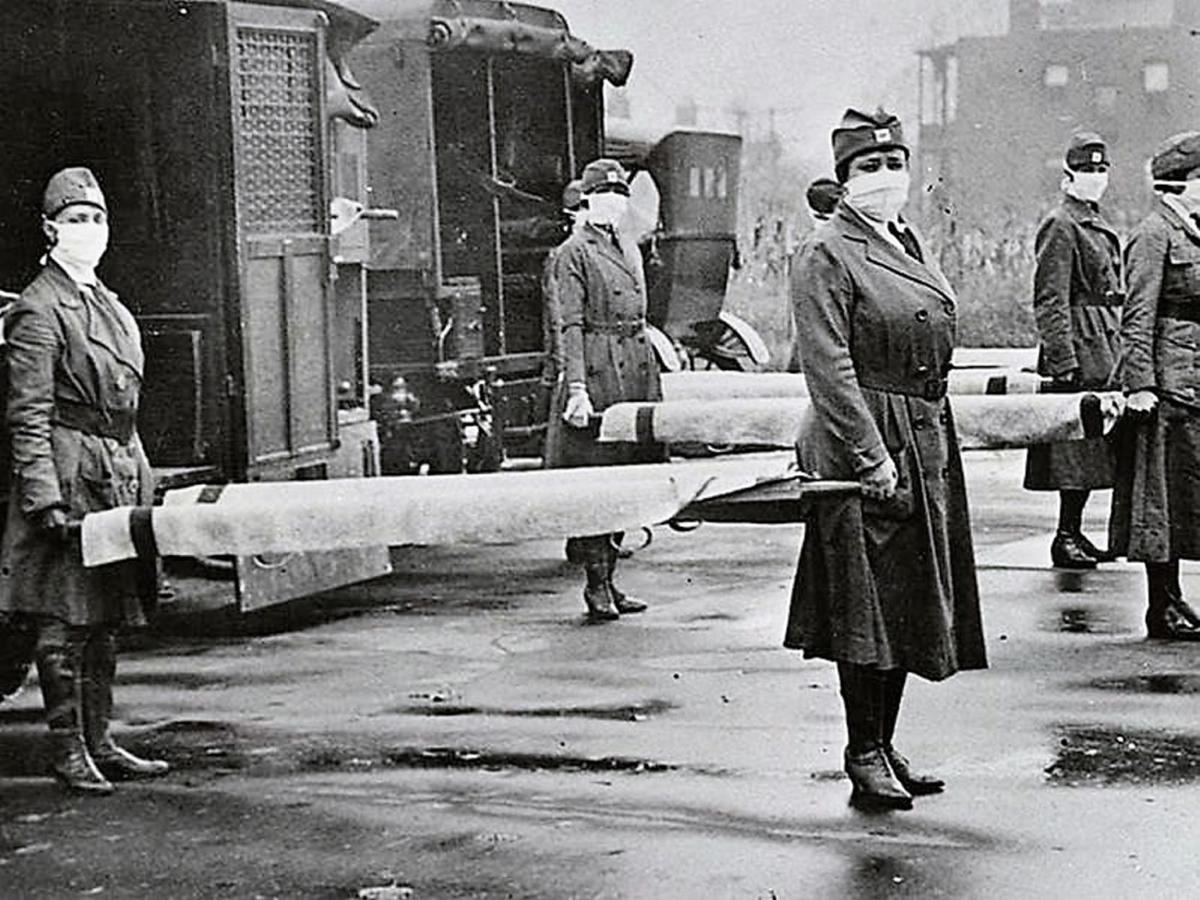 Red Cross workers in St. Louis during the Spanish Flu epidemic, circa 1918. Library of Congress 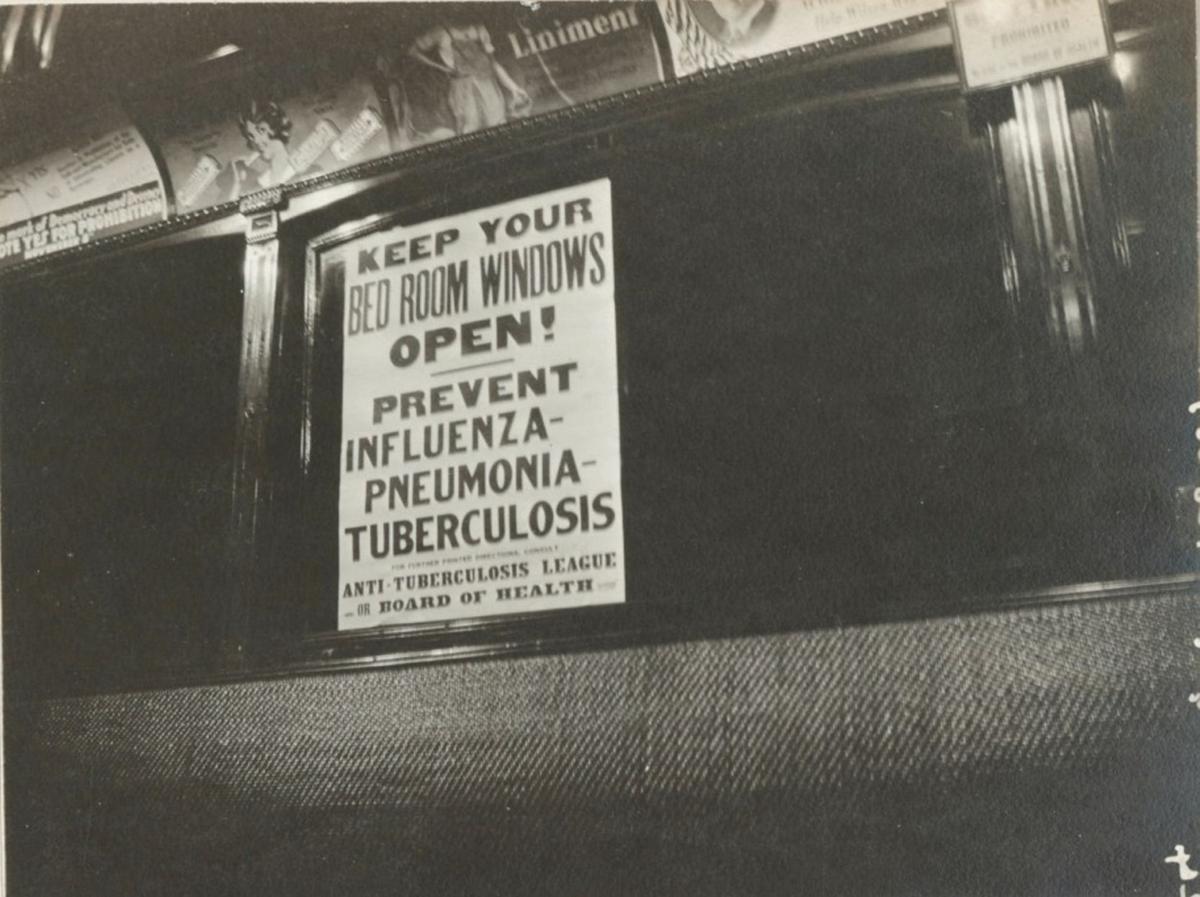 A sign suggesting prevention tips against the Spanish Flu. Library of Congress 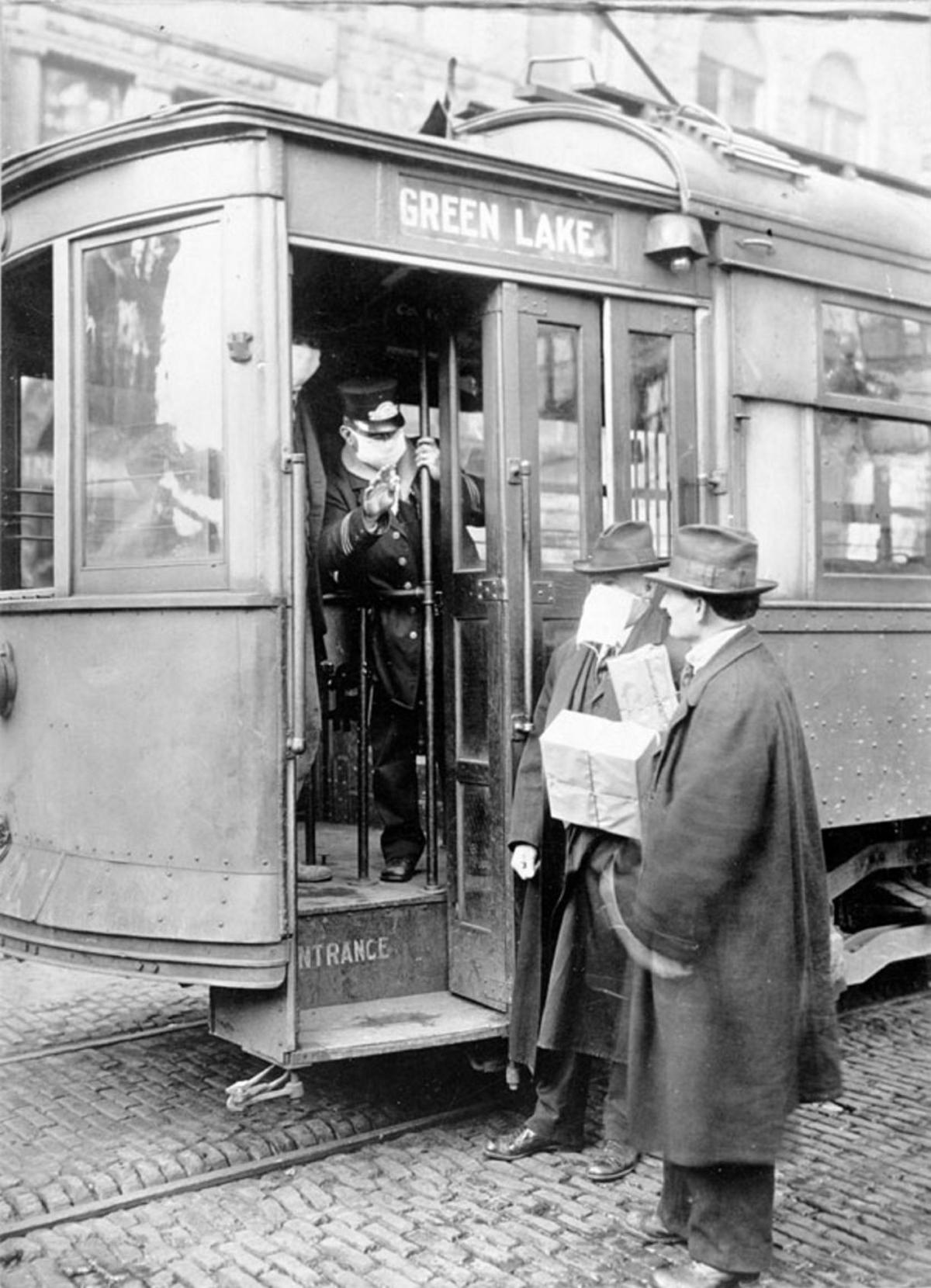 A street car conductor in Seattle not allowing passengers aboard without a face mask. National Archives

“The Orphan Collector” will be released in July by Kensington Publishing.

Soldiers at Fort Riley, Kan., ill with the Spanish Flu at a hospital at Camp Funston. National Museum of Health and Medicine

Red Cross workers in St. Louis during the Spanish Flu epidemic, circa 1918. Library of Congress

A sign suggesting prevention tips against the Spanish Flu. Library of Congress

A street car conductor in Seattle not allowing passengers aboard without a face mask. National Archives

“I like to look back on the struggles that people have had in the past, because sometimes I think it helps us,” Ms. Wiseman said.

Her latest novel is eerily relevant to that mindset as we struggle with the COVID-19 outbreak.

“The Orphan Collector” is set in Philadelphia in 1918. As America celebrated the end of World War I, a plague called the Spanish Flu broke out, taking more lives than the war itself. It has been cited as the most deadly epidemic the world has known. The Centers for Disease Control and Prevention says that an estimated 500 million people, or one-third of the world’s population, became infected with the virus. The number of deaths was estimated to be at least 50 million worldwide with about 675,000 occurring in the United States.

The Spanish Flu didn’t originate in Spain. The neutral country in the war didn’t face reporting restrictions from censors. Journalists in the country provided accounts of the spread of the disease that were ignored by other nations. The first case in the U.S. is believed to have been in March 1918 when an Army private came down with the deadly flu at a base in Kansas.

Philadelphia, where the “Orphan Collector” is set, was a hot spot for the Spanish Flu. The novel opens on September, 1918 when people flock to a Liberty Loan parade that promoted government bonds. The crowd, ignoring reports of the flu’s spread in other parts of the country and the need to take precautions, was estimated at 200,000 people.

Between Sept. 20 and Nov. 8, 1918, the Philadelphia Inquirer reported, the city logged 12,687 deaths from influenza and related pneumonia. Overall, the total deaths in the city would hit approximately 20,000.

All of this was part of history when Ms. Wiseman was writing her new novel. Now, she’s living in historic times as we anxiously take in news of daily COVID-19-related death counts, don face masks, isolate in our homes and practice social distancing.

“When I was working on the book, I never imagined I would be living through something similar,” Ms. Wiseman said in a phone interview. “I knew once it started to get rolling what was coming as far as shutting things down, because that’s what they did in 1918 too.”

She added, “I also had a feeling that this was going to go on a lot longer than people thought it was. The 1918 flu took two years to go away. So that’s a little worrisome.”

“The Orphan Collector” isn’t scheduled to be released until July 28, but it’s already picking up considerable attention in the book world. The Publishers Marketplace has named it one of its “Buzz Books” for the year. Also, Reading Group Choices, which partners with publishers, independent bookstores, public libraries, and authors to develop resources to enhance the shared reading group experience, has recommended the novel.

Ms. Wiseman also had an essay published last week in the online edition of Vanity Fair magazine, titled, “Remembering the Year of Forgotten Death During a Deadly year,” in which she compares life today to the situation during the Spanish Flu outbreak.

“It makes me wonder what future historians and storytellers will say about us when they look back at this time of COVID-19,” Ms. Wiseman wrote in the essay. “Will they admire our willingness to rise to the occasion or not? Will they think we were more resilient or less?”

The idea for “The Orphan Collector” came to Ms. Wiseman when a fan of her novels, a retired nurse, asked her if she ever heard of the Spanish Flu.

The retired nurse told Ms. Wiseman how nurses in Philadelphia during the flu outbreak would visit homes.

“They’d try to help the sick people there and a lot of times they would find that entire families had passed away, or she would find both parents deceased and the kids starving because nobody was taking care of them,” Ms. Wiseman said. “That kind of got me going. As I did more research and found out more, I just turned it into a whole other thing.”

The nurse, or rather the character who pretends to be a nurse in “The Orphan Collector,” is lost in grief and bitterness when her baby dies of the Spanish Flu. She heads out on a sinister mission to transform the city’s orphans and immigrant children into what she feels are true “Americans.”

By doing that, Ms. Wiseman touches on another current hot-button issue in the U.S.: immigration policy.

“I thought this is timely, and now it’s becoming an even more timely subject with this coronavirus,” Ms. Wiseman said.

The main character in her new novel is Pia, a 13-year-old German immigrant. Ms. Wiseman, herself a first generation German-American, didn’t particularly start out to make the main character have a German background.

“But as I was researching and it was during the war, I realized that a lot of the prejudice that was happening toward German immigrants was also a good thing to bring up in the story,” she said.

Ms. Wiseman’s research also brought how people lived in the tenements of Philadelphia in the early 20th century to life. She did online research, viewed scores of historical photos and visited the Tenement Museum in the Lower East Side neighborhood of Manhattan.

“I put myself right in the main character’s shoes and tried to imagine what it would be like to live in two rooms with your whole family with no running water and all the other hardships they had to deal with,” Ms. Wiseman said.

She said the tenement situation was especially bad in Philadelphia around 1918 because families had been moving to the city to seek work in the shipyards.

“Sometimes there were two or three families living in one or two rooms,” she said.

Ms. Wiseman’s research also captured details such as the slang of the time. For example, Finn, a teenaged boy says, “She’s a disagreeable one. And she’s got a face like a blind cobbler’s thumb.”

“Finn is Irish,” Ms. Wiseman said. “When I have a person who is like Irish, I try to look up Irish sayings and stuff like that to make the dialog more authentic. I found that and liked it.”

Ms. Wiseman was scheduled to be in New York City on April 16 and 17 as part of Kensington’s six figure marketing and publicity plan for “The Orphan Collector.”

“My publicist had set up dinner with book sellers and then I was supposed to do a book event at Penguin Random House with three other authors,” she said. “Everything has been switched online.”

Unfortunately, she doesn’t anticipate that strategy for publicity changing soon. A multi-city tour has also been canceled.

“I don’t think by this summer that people will want to gather in groups,” she said. “I think that’s the way it’s going to be for a while — that the authors and book stores and everything are going to have to reimagine how they’re going to sell books.”

“The Orphan Collector,” published by Kensington Publishing, is now available for pre-order at online book stores, and locally, The River’s End bookstore in Oswego. It sells for $16.99.

The first chapter of “The Orphan Collector” is available for download on Kindle devices.