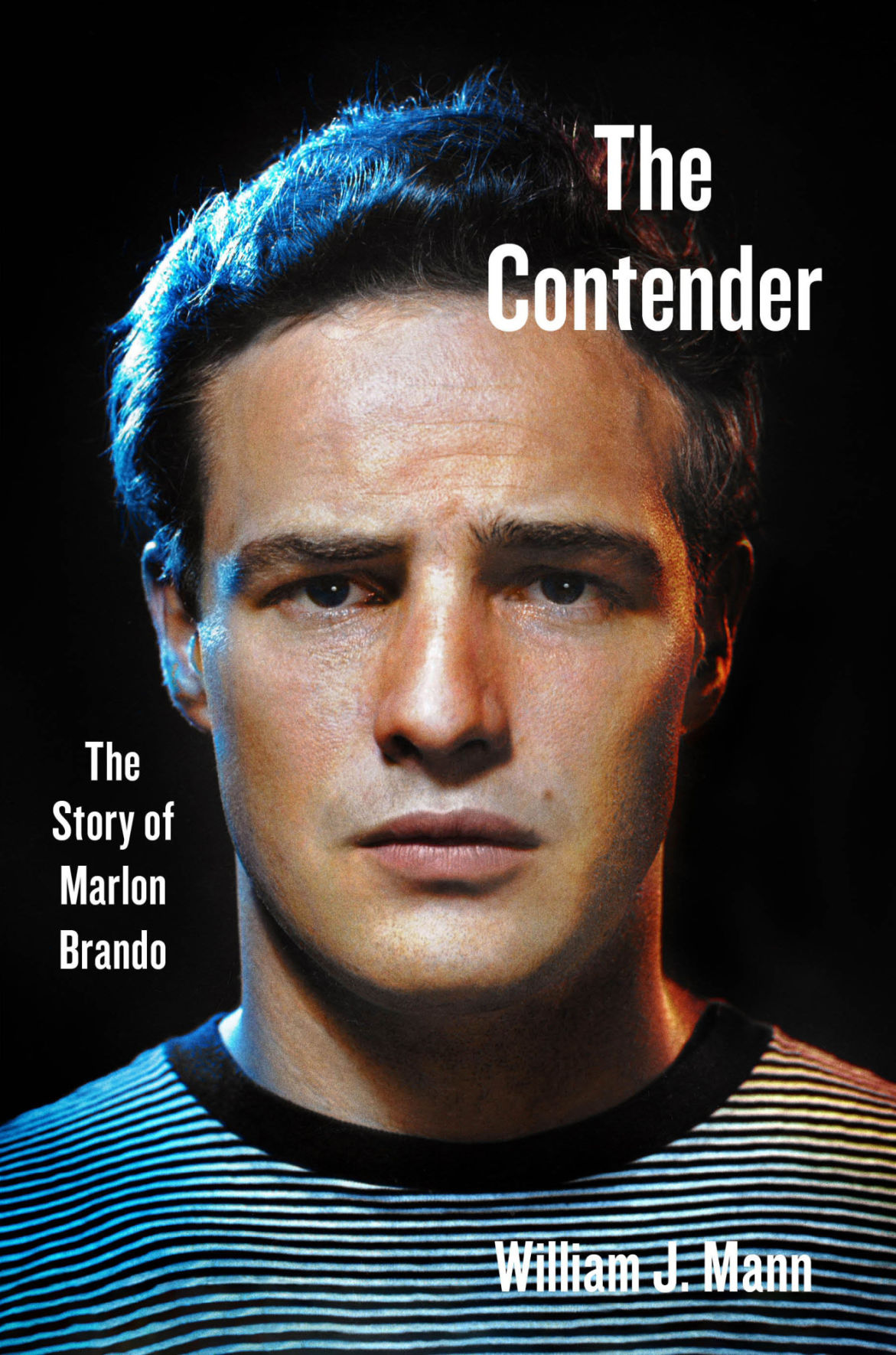 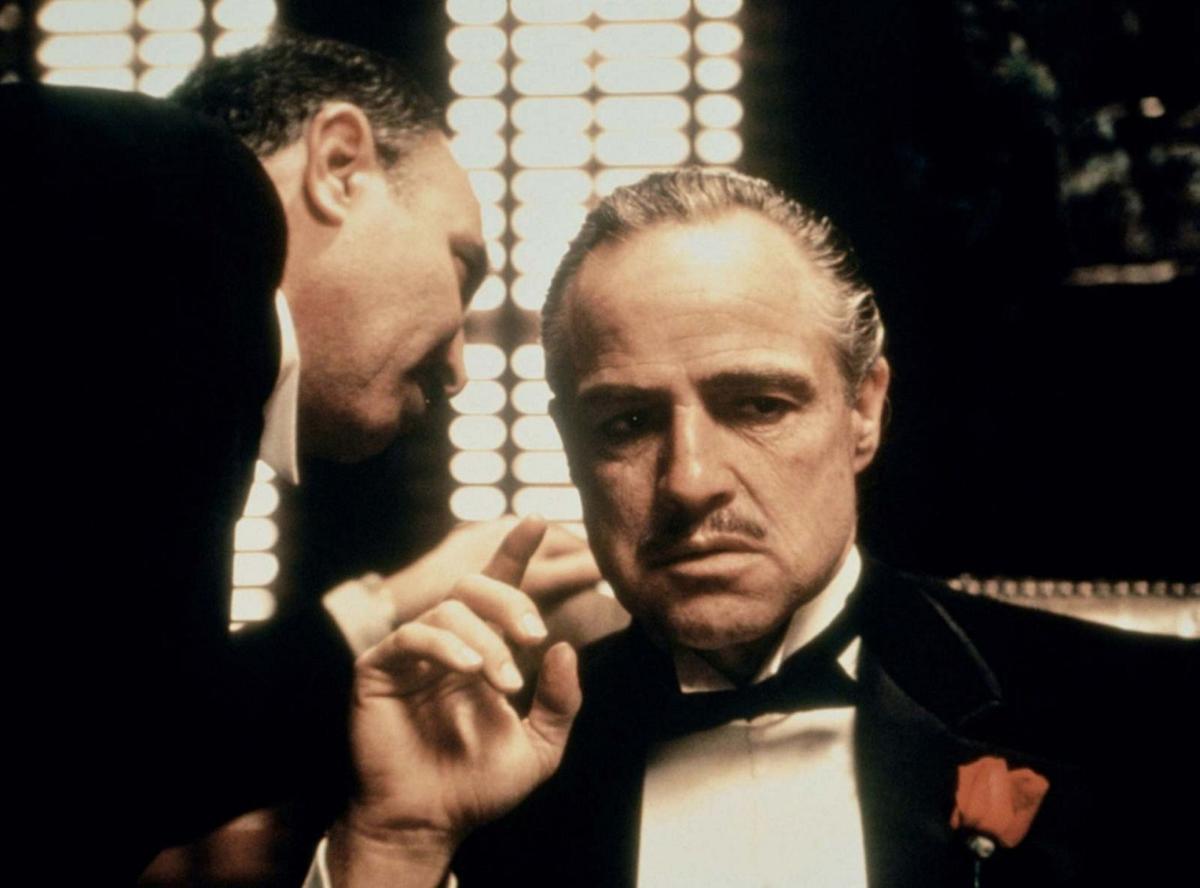 Everybody in my old Bronx neighborhood was excited. They were shooting a scene for “The Godfather” in the local Italian restaurant, and Marlon Brando would be there. Then, big letdown: only Sterling Hayden and some young punk named Al Pacino.

Brando hadn’t been in a notable movie in nearly a decade. He’d appeared in movies that made money and others that bombed, but none like those three early standouts: “A Streetcar Named Desire” (1951), “Julius Caesar” (1953) and “On the Waterfront” (1954). Those made him one of the most acclaimed — and bankable — actors in Hollywood, and garnered Oscar nominations and his first win, for “Waterfront” (“I coulda been a contender...”).

William J. Mann’s “The Contender: The Story of Marlon Brando” is a big, sprawling, meticulously researched and, for the most part, compelling biography that tells us everything we ever wanted to know about the man and then some. Brando lived a messy life, so maybe it’s appropriate that his biography is somewhat messy, too, with its not-quite-chronological arrangement.

Born in 1924, Brando spent his first years in Omaha, where his mother was active in the Omaha Community Playhouse — something Marlon, oddly, didn’t learn until early adulthood. Then the family moved to Illinois. Both parents were alcoholics, Dad abused Mom, and young Marlon had to rescue her more than once from drunken escapades beyond the family’s property lines. Not the happiest childhood, and when he grew up, he forswore alcohol like it was, well, monogamy.

A prep school teacher recognized his acting talent, and Brando moved soon after to New York, where he impressed theater people, among them the great teacher Stella Adler of the Dramatic Workshop. Eventually Adler’s family took him in, and she became the mother he’d never had, while her daughter Ellen became his first true love.

Mann ably captures Brando’s blossoming in New York’s theater world. When he acted in a play at the New School, his classmate Mae Cooper recalled, it “gave you the chills.” Was this the apathetic student she’d barely noticed in class? “It was like suddenly you woke up and there’s your idiot child playing Mozart.” Others, including actress Jessica Tandy, just thought him a “psychopathic bastard.”

Another person central to his development was director Elia Kazan, also involved with the Dramatic Workshop, who worked with Brando first on stage and then on two of his best early movies, “Streetcar” and “Waterfront.”

After those early successes, though, Brando started making movies more for the money than the quality. Some became hits, but by the 1960s, most were not.

Mann stresses that Brando was also a serious and expansive reader and that he got involved in the civil rights movement, not just offering financial support but also attending rallies around the country. Mann also details the numerous lovers he left heartbroken, including actress Rita Moreno, who attempted suicide during their tumultuous relationship.

By the early ’70s, Brando was pretty much washed up in Hollywood. But young Francis Coppola thought he’d be perfect as Vito Corleone in “The Godfather,” and Brando, who liked the novel, agreed to humble himself and audition for the role. His performance changed the mind of Paramount’s head, and he won the part.

He got along with Coppola. According to Mann, it was his happiest collaboration since Kazan nearly 20 years earlier, and the movie, released in 1972, reignited his career and won him his second Oscar. But after its success and the succès de scandale of “Last Tango in Paris,” released in the United States the following year, Brando went back to doing movies for cash.

Hence it was even more disheartening when Coppola and Brando reunited seven years later for “Apocalypse Now” and found themselves at odds. Brando was so overweight that he insisted that Coppola shoot around the excess baggage, but Coppola wanted to use Brando’s body to show that his character, the demented Colonel Kurtz, was “a man eating all the time and overindulging.” Brando prevailed. “Apocalypse,” in its original release, ran 21/2 hours, and Brando doesn’t appear until the last half-hour. He’s barely visible. He’s shot in the dark, in murky close-ups, in dim long shots. He might as well have been invisible.

From then on, his films were mostly unremarkable. Brando did get nominated for a noteworthy supporting role in the otherwise unnoteworthy “A Dry White Season” (1989), and he made one surprising comedy, “The Freshman” (1990), in which he gently parodied his own Don Vito role. Mann writes: “Even in his least successful roles, there is something. None of his performances is a throwaway.” But many were.

In the prologue, Mann also makes the questionable assertion that “Brando’s acting, as great and as important as it is, is not the most interesting thing about him.” But our interest in him, our interest in Mann’s book, springs from his best acting — not from his admirable political activism, his Tahitian island getaway, his frequent affairs, his numerous wives, his many children, the attempted suicides of several people around him, the murder one son committed or the suicide of his daughter in Tahiti. That’s all grist for a bio, but it’s not the main attraction.

A footnote: With the success of “The Godfather,” that Bronx Italian restaurant, Louie’s, should’ve become a tourist destination, folks from all over flocking to it. Alas, it closed before the movie opened. Word on the street was that the owner got in over his head to a local loan shark and fled town. Too bad. The owner had a good thing and didn’t know it.

Covino is the author of three books including the novel “The Negative.” He has worked as a film critic for the East Bay Express and served as its books editor as well.