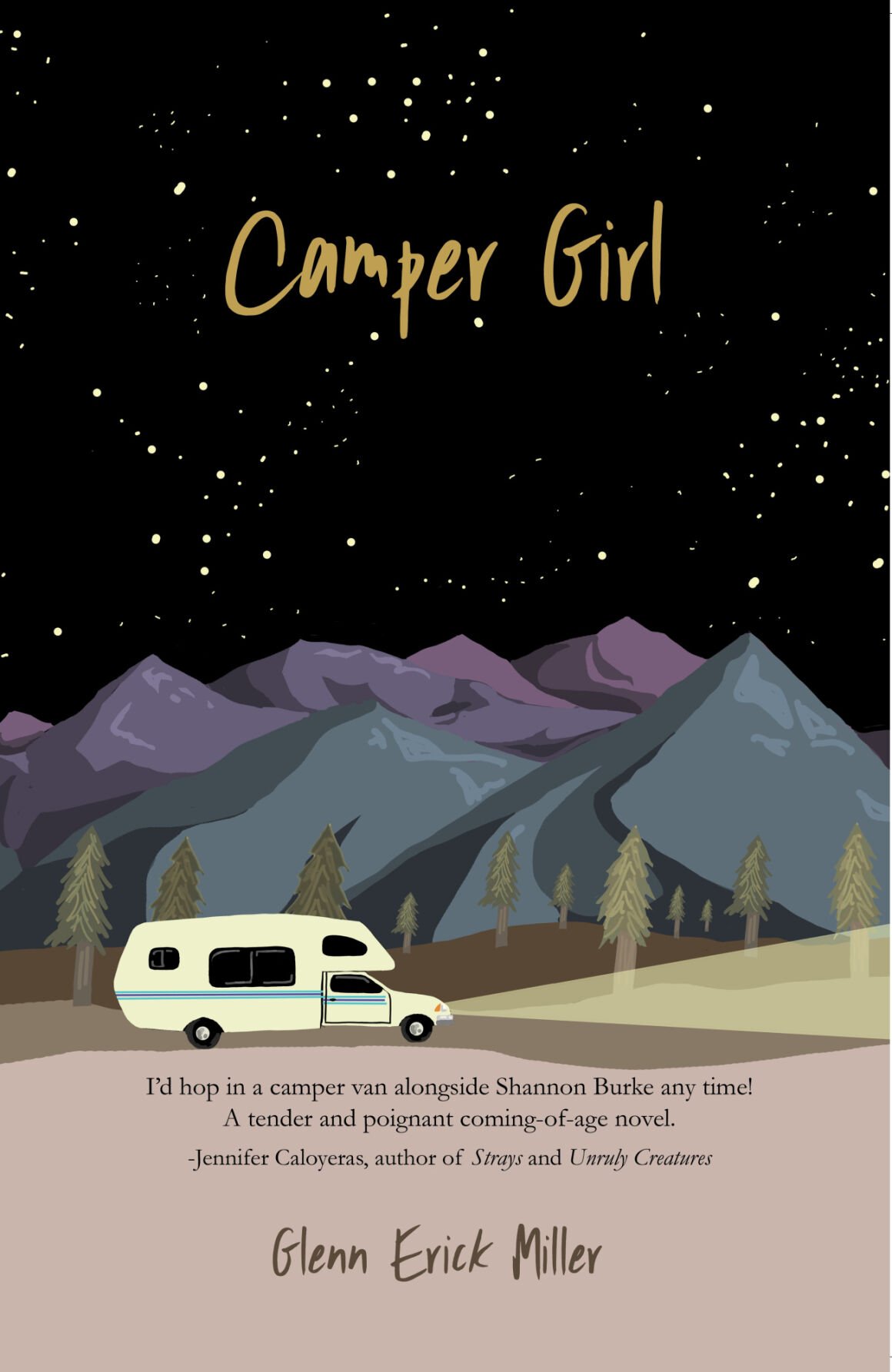 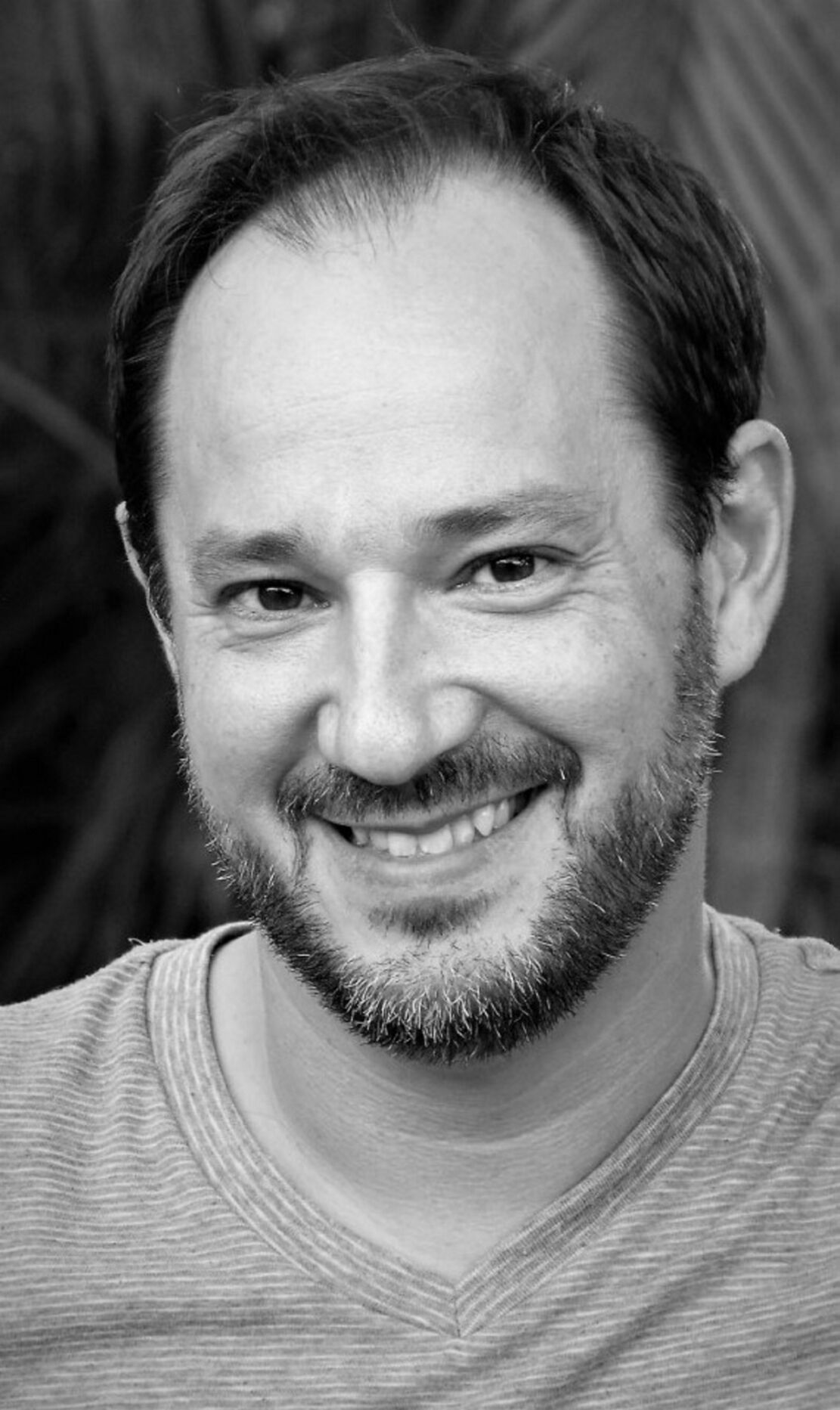 The seeds for Glenn Erick Miller’s debut novel were planted in his mind by a fleeting scene of a young woman behind the wheel of a beat up motor home in Saranac Lake in the summer of 2000.

“It was just one of those moments that sparked my imagination,” he said. “It just stuck with me and wouldn’t go away. I kept wondering about this odd kind of image of this young person and a camper. Where the heck are they going?’’

The girl couldn’t have been more than 18, Mr. Miller thought. He asked himself, what life choices had she made? Why was she driving a beat up old camper and what path was she on?

The scene percolated in his mind, forming the idea for a novel. But it was comrades in writing groups that added critical fuel to this camper scene that eventually led to the publication of the young adult novel “Camper Girl” earlier this fall by Fitzroy Books, an imprint of Regal House Publishing.

It wasn’t unusual for a scene such as the Saranac Lake “camper girl” to grab Mr. Miller’s attention. His background is in education and teaching and he taught English at Jefferson Community College for about a decade beginning in 2000. Before then, he worked with at-risk youth in Syracuse as a counselor.

“My degree is in English, but I’m fascinated with the stage of life of adolescents and a little beyond,” Mr. Miller said in a phone interview from his home in Florida, where he’s an adjunct professor at Florida SouthWestern State College in Fort Myers. “That stage of life is so important as to who they become as an adult and I’m fascinated by it. Who do we become as we transition from childhood into adulthood? Who do we surround ourselves with? What choices do we make? Is college the right thing?”

In 2000 while working at JCC, Mr. Miller was informed by a colleague about National Novel Writing Month, where each November, writers embark on a mission to construct a 50,000-word manuscript of a novel before the end of the month. The event was created in 1999, and its host, the NaNoWriMo organization, became a nonprofit in 2006. It addition to the yearly challenge, its programs support writing fluency and education. It has about 900 volunteers in thousands of partnering libraries and community centers.

Mr. Miller thought the program would provide the motivation he needed.

“It’s very hard to find the time and motivation to write, whether just because of work and family and whatnot,” he said. “I thought it was great; I’d just write 1,600 words a day and by the end of the month I’d have 50,000 words and a novel, or a draft one any ways.”

As he wrote, there was no detouring his “camper girl” tale.

“A couple of days into it I thought, ‘My gosh, what am I doing? This is no way to write a book.’ But getting that initial draft down in 30 days was exactly what I needed, to kind of see the story in full,” Mr. Miller said.

But from those original 50,000 words or so, only a few thousand made the final cut for the published book.

“And that’s OK,” Mr. Miller said. “That’s part of the process. But I had something to work with, some sort of a foundation or framework, and that was really helpful.

The first few drafts of the book were written in third person.

“It wasn’t until I got to meet the group down here in Florida that they expressed the idea that I should consider looking at it and revising it in first person,” Mr. Miller said.

He was originally hesitant to do so.

“First of all, I’m not a girl,” Mr. Miller said. “I thought I couldn’t do that, it’s much too difficult. But my friends’ take on it was the voice really needed to be heard and that there was an emotional distance in third person. So I took a shot and wrote a few scenes from first person, shared it with the group, and they loved it and encouraged me to keep going.”

A journey of discovery

“Camper Girl” is part mystery and a story of self-discovery. Its main character is Shannon Burke, who lives in the foothills of the Adirondacks. While her friends head off to college, Shannon is stuck with a dead-end job and the responsibility of saving her mother’s business. The only bright spot is her upcoming birthday and a visit from her eccentric Aunt Rebecca. But before Shannon can blow out her candles, she receives devastating news: Rebecca is dead. When she learns that her aunt has gifted her a beat-up camper, Shannon decides to sell it for cold, hard cash. Then she loses her job and finds a mysterious letter and map in the glove box, and in a moment of desperation, she jumps behind the wheel and hits the road.

Following her aunt’s maps, Shannon journeys deep into the Adirondack Mountains where she faces her greatest fears and navigates an unpredictable new reality.

The story also highlights the power of nature, which Mr. Miller ties in as a metaphor of the “real world” for Rebecca.

“You’re in an isolated, controlled environment when you’re in high school. You’re living under your parents’ roof and you turn 18 and all of a sudden you have all this freedom of choice,” Mr. Miller said. “It’s a wide world and you’re going to be faced with all sorts of things that are scary as hell and unfamiliar.”

But Mr. Miller also noted that there’s also peace to be found in the outdoors, which Shannon also discovers.

“I love being outdoors and I don’t’ want to get too didactic,” he said. “I’m a teacher by nature but I don’t want the book to be like banging somebody over the head with it with a lesson. But one of the lessons I hope that young people get from it is that there’s this healing power of nature. It’s good to unplug once in a while. It’s good to get away, put your phone down, get off social media and go out in nature. I think it’s really powerful in helping us to feel grounded, especially as young people.”

Much of Mr. Miller’s writings concern teens with identity issues.

“That stage of life is so important to who they become as an adult, and I’m fascinated by it,” he said. “Who do we become as we transition from childhood into adulthood? Who do we surround ourselves with, what choices do we make? Is college the right thing?”

For “Shannon the “Camper Girl,” her travels are a grand adventure because she had been a homebody.

“When my mother read it, she called me up and said, ‘Wait! What happens next?’” Mr. Miller said. “‘You’re working on a sequel, right?’”

“The next book will take Shannon on a longer journey, geographically,” Mr. Miller said. “She has a photo and a series of old addresses. It will be kind of like the first book, in that she’ll have a string of clues to guide her along the way.”

“Camper Girl” received a major boost from National Novel Writing Month. In early November, the Times interviewed three local writers who took up the challenge, held each November, to write a 50,000 word novel. Here’s an update on the three writers and their projects:

Ms. Krieger, who has a bachelor’s degree and a master’s degree in theology and a master’s degree in English and creative writing, was told about NaNoWriMo in 2006 and kept it in the back of her mind until last month, when she took up the challenge. The protagonist in her novel has a mild case of cerebral palsy, and also like the author, has an interest in equestrian skills.

She said she’s not finished with her story.

“I have a lot of editing to do, some plot points to finish, but the bulk of it is there,” Mrs. Krieger said.

Some writing partners assisted her along the way.

“We set up a Facebook group chat, where we were able to write together and offer encouragement,” she said. “That was really helpful to me.”

She hopes to publish her novel some day.

Miss Coss, in training to become a nursing assistant at Samaritan Keep Home, took part in her third NaNoWriMo in November, hoping to finish for the first time. But she wasn’t able to complete 50,000 words due to “general life events.”

“I’m happy about the results though, I did get a lot of planning and rough drafting for my novel done,” Miss Coss said. “It really helped me get back into the creative mindset after a long break of motivation. I would 100 percent recommend this challenge to others. It’s a great way to push yourself in the writing world.”

Ms. Ward moved to Plattsburgh from Watertown earlier this autumn and has been taking part in NaNoWriMo since 2014. She has focused on the fantasy/action genre, but this year, she said her plan wasn’t focused on a novel, but to write down the ideas in her mind for her 50,000 word goal, with “quantity, not quality” the goal.

“I think I did pretty good, considering everything that has been going on; COVID, my move to Plattsburgh,” Ms. Ward said. “I made it to 20,000 words only a few hours before November NaNoWriMo 2020 ended.”

She got several ideas written down and wrote some beginnings for fanfiction tales.

“A few of them came out longer than I thought they would, so that’s a good thing,” Miss Ward said. “Writing can be a struggle sometimes, but when you’re in the zone, nothing can stop you.”