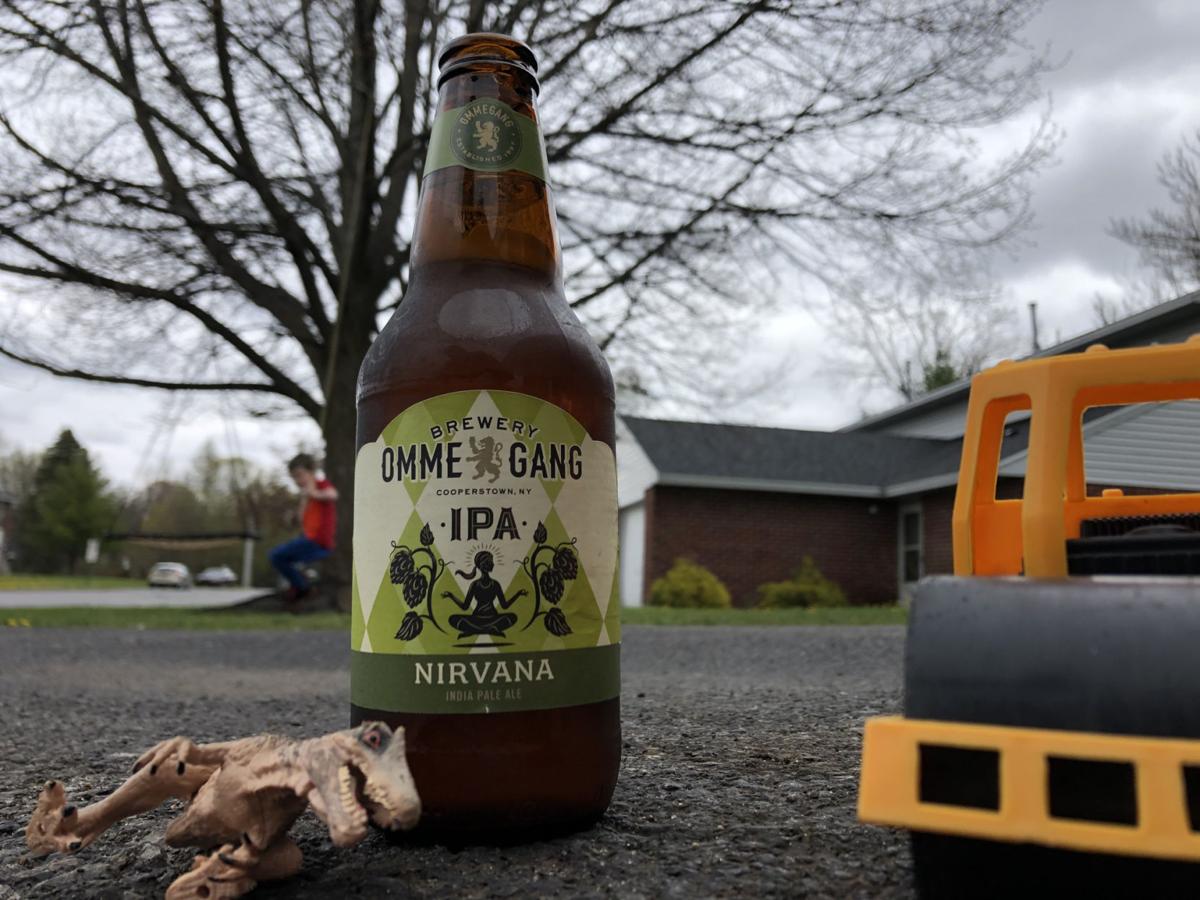 With nowhere to go on my off days, I spend a lot of lazy afternoons in the front yard with a good beer, the kids, dinosaurs, cars and, apparently, Super Mario. Dennis O’Brien/Watertown Daily Times 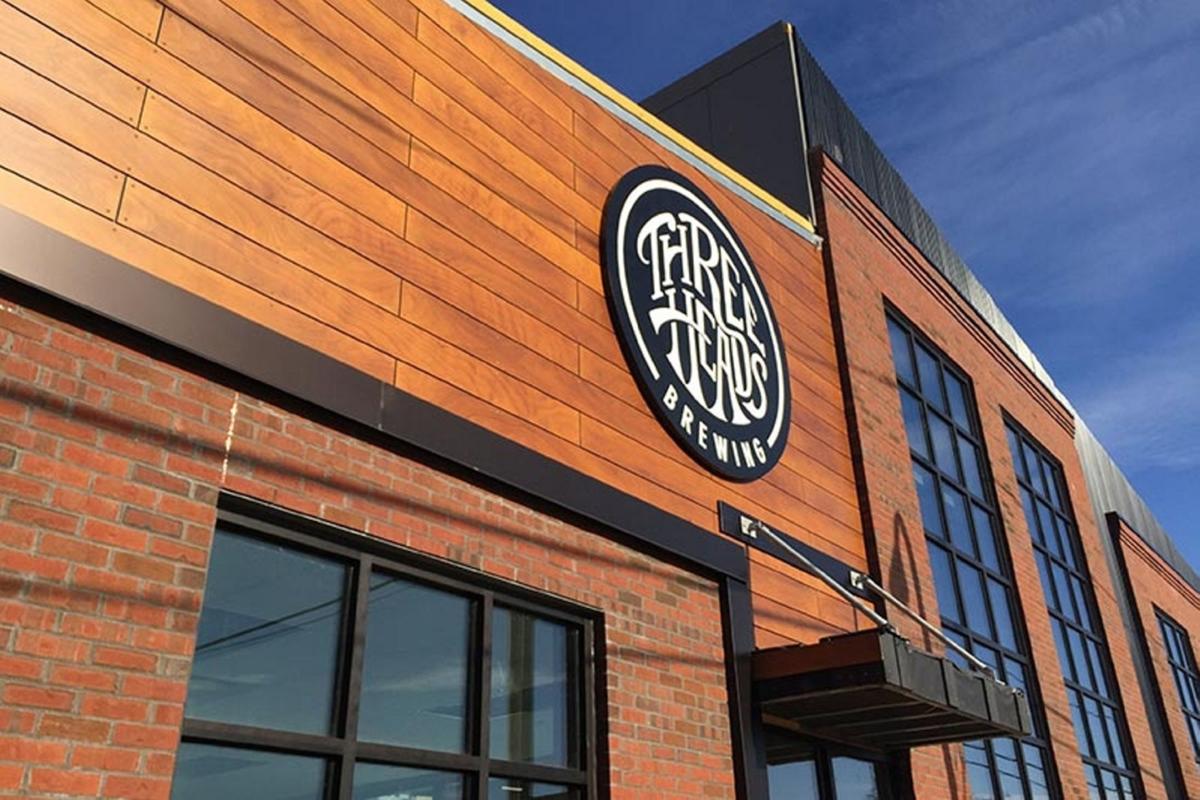 With nowhere to go on my off days, I spend a lot of lazy afternoons in the front yard with a good beer, the kids, dinosaurs, cars and, apparently, Super Mario. Dennis O’Brien/Watertown Daily Times

I’m sitting outside on our driveway, surrounded by Ben’s chalk drawings and about a half dozen small plastic Lego figures and otherwise faceless toys — all of which Ben calls “Mario.”

Ben, 3, has become so enamored of the ubiquitous Nintendo character that everything in the house is “my Mario.” We’ll run around on the lawn while he pelts me with toys as he explains the rules to “MarioKart 8.” Right now now, though, he’s scratching out a lot of lines and scribbles on the damp asphalt, telling me that he’s creating Mario’s World.

John, 5, meanwhile, is swinging wildly on his tree swing while I sit, drinking a Southern Tier 2X IPA with my phone in my hand reading some weird New York Times piece about ghosts and hauntings during the time of quarantine, which cites a study saying that 45% of Americans believe in ghosts.

The story describes an uptick in ghost sightings since much of the country shut its doors.

I mention to the kids what I’m reading.

John, his head slung down low as he swings, nearly scraping the ground with his hair, says “Dad ... imagine if ghosts were real.”

“I don’t know, Dad,” he says, pulling slowly to a stop, looking at me, thoughtful. “They could be bad. They could send us to jail or something.”

This is how I spend my afternoons during my relative quarantine.

Christina, because she’s more important than me at the Times, works the day shift, so she’s upstairs in a makeshift office in the boys’ room, designing, editing, cutting together the latest edition of her weekly podcast, Second Look. So I hang with the kids for most of the day.

I teach kindergarten, probably poorly. I play video games and Sorry! and Chutes and Ladders and read books about dinosaurs and ninjas and maybe dinosaurs that are ninjas.

I’ve had so many absolutely bizarre conversations with the boys. From John’s brief but strange preoccupations with toilet humor, zombies, whales, sharks ...

“Dad, did you know that Megalodon is (he means was, but, you know) a lot like the great white shark?”

Ben has taken to describing himself as a “baby kitty,” while telling me “I love you, Daddy Kitty.”

It’s an odd time to be alive, even if here in the north country we’re starting to if not shake hands with normalcy (don’t shake anyone’s hand right now, guys), we’re at least trying to give it a polite nod from the other side of the street.

As of this past Friday, we’ve entered Phase 1 of the state’s phased reopening plan after two months of Gov. Andrew Cuomo’s New York State on PAUSE order, which essentially shut down the state’s economy.

I’ve spent most of the past two months in my house, and even as things begin to open up, I’m reasonably sure my next haircut is going to be self-inflicted and that I’m not going to be spending a whole lot of time being social.

I don’t know when I’ll even feel safe to even go into a Stewart’s without staring down fellow shoppers who even think about getting within 6 feet of me.

It’s been a weird few months.

One of my closest, oldest friends passed away in April. He was 41. I’d known him since chest-out arguments in sophomore lit classes turned into bumming cigarettes near the quad and discussing Hemingway and Tim O’Brien on the way to the bar.

My sister, who’s my hero, works in an elder care facility in Pennsylvania and texts me numbers that blow my mind. More than 40 residents dead at last text. More than 150 infected. She tells about notifying loved one and just wretched tears.

So as eager as so many people are to break out of this weird little chapter, I’m still, well, not there yet. Phase 1, Phase 4, vaccination, cure ... I don’t know when an already anxious person like me will start to feel like we can all just breathe again.

I know that when I am, I have a yearning to hit the road and check out some of the best suds the Empire State has to offer.

So this week, while thinking about ghosts and Mario and chalk drawings and megalodons, I started to dream a little on breweries I plan to visit when everything starts to feel normal. I thought I’d share my top five.

1. Brewery Ommegang (Cooperstown) — I’m not sure what could feel more like a normal summer event than a trip to the National Baseball Hall of Fame and Museum. Some personal favorites have been elected over the past few years since I’ve been down there, including from this year Derek Jeter and Larry Walker.

Not a whole lot I wouldn’t do to, now that John is old enough and a little bit interested, be able to wander around the Hall for a few hours, telling the boys stories of some of the old players and old games and follow it up with a Nirvana Pale Ale (6.5% ABV, 60 IBU) or a Solera (6.9% ABV) — which is their fancy new name for the Pale Sour.

2. Three Heads Brewing (Rochester) — I met a couple of the guys who run Three Heads at last year’s Brew York festival on Newell Street here in Watertown, and they couldn’t have been nicer. They let me, a little bit day drunk, bend their ear about how much I dug their Tres Cabezas Key Lime Gose (4.5% ABV, 8 IBU), a tart, slightly salty dream of gose that really played well on that hot summer afternoon.

3. Southern Tier Brewing Company (Lakewood) — I’ve been touting the Pumking (8.6% ABV, 33 IBU) as the king of pumpkins for a few years now, and I’m a pretty regular and voracious consumer of those Overpack’d 15s that are by now pretty ubiquitous in stores. But I’ve never actually been there ... hell, I’ve never been to Lakewood. I’m sensing a pattern here in that I haven’t spent much time in Western New York.

4. Raquette River Brewing (Tupper Lake) — I raved about this place maybe a year and a half ago, and I meant every word of it. The owner, Mark Jessie excused me for getting a few things wrong and told me he’d buy me a beer the next time I stopped out. Instead, taking travel for granted and dealing with kids, school, work, I’ve satisfied the need for their Mango Wheat Ale (4.8% ABV, 13 IBU) and their Red Ale (6% ABV, 25 IBU) by picking up bottles at Griff’s on 37. When this thing is over, I’m going to try to convince him that he knows who I am and that he owes me a beer.

We’ll see how that goes.

5. War Horse Brewing Company (Geneva) — A favorite of John Sprague, one of my fellow night design deskers. John got me into War Horse with the great Lieutenant Dan IPA (6.1% ABV, 56 IBU), and I’ve I’ve seen been a pretty frequent consumer of their Royal Kilt Inspector Scottish Ale (7.1% ABV, 14 IBU), a big, malty beer that doesn’t come on too strong. I’ve sung the praises of their War Horse Light (4.1% ABV, 13 IBU) as my favorite light beer for months now.

There are a lot more, really. And if pressed I could go on for hours here. There are also plenty of great breweries here in town that I miss. Getting crowlers from Flashback Brewing Co. or Boots or Garland City Brewing here in town ... there’s something I miss about just looking at a deep menu and having no idea what I want and feeling OK to take my time.

The current duck in, run out format just takes some of the fun out of it.

With things maybe, maybe starting to break the right way here in the north country, maybe I’ll see you out there sometime soon.

In the meantime, maybe I’ll just raise a glass with all those ghosts the Times wants me to believe in.

Dennis O’Brien is a montly columnist for the Watertown Daily Times. Connect with him at dobrien@wdt.net and follow Dennis on Instagram at @obrien_abides.