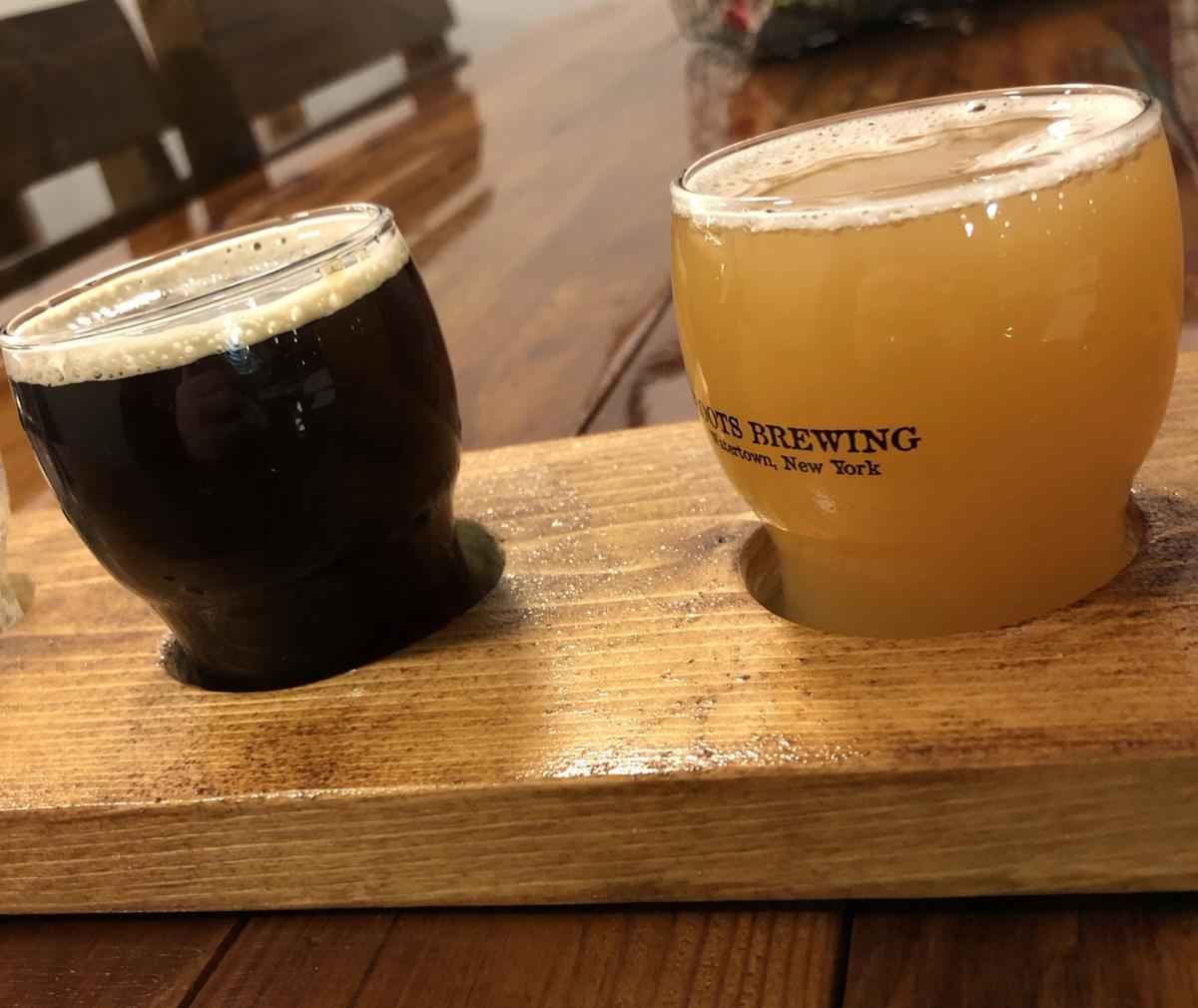 Boots Brewing Company on Public Square packs a lot of brawny stouts and IPAs into a cozy downtown space that serves as a pretty warm refuge on a cold day in Watertown. 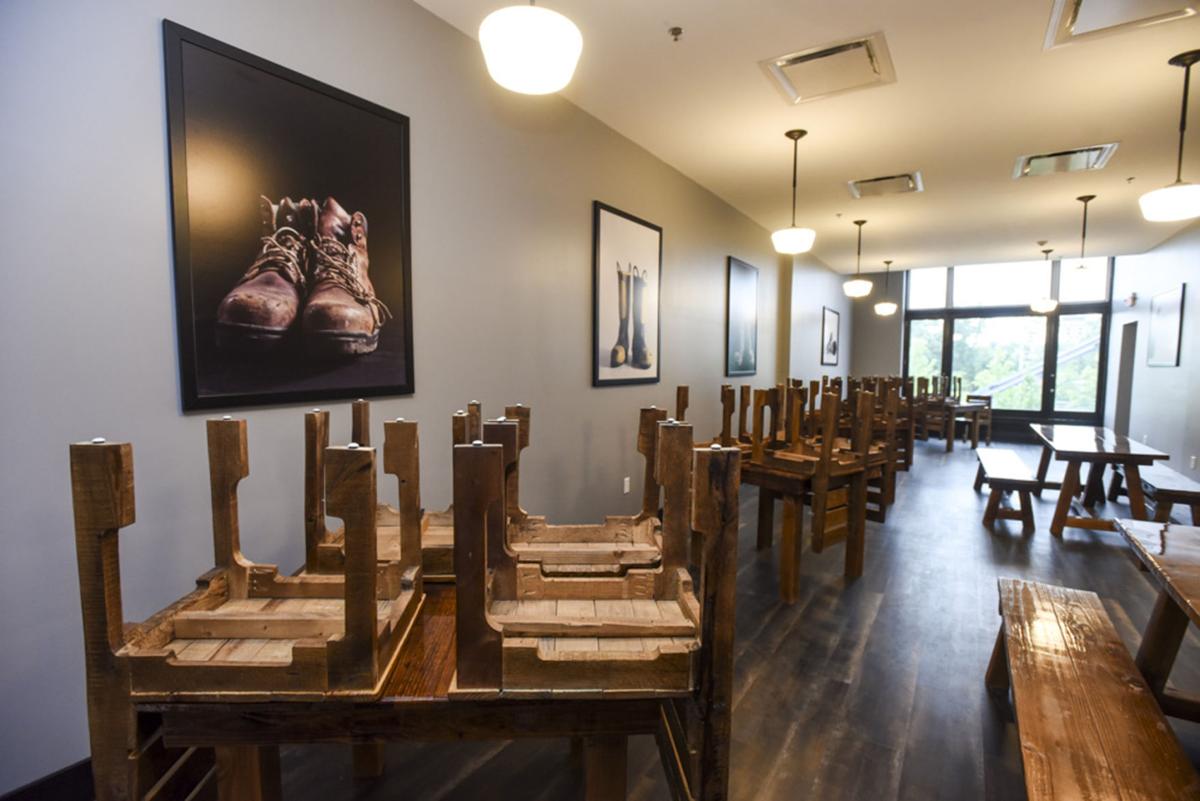 Boots Brewing Company on Public Square packs a lot of brawny stouts and IPAs into a cozy downtown space that serves as a pretty warm refuge on a cold day in Watertown.

There’s something about the weather we’ve been having lately — the freezing temperatures, the 3½-plus feet surrounding my driveway — that really makes you appreciate a good, boozy Imperial Stout.

After digging my way out of the snowpocalypse, I took a walk last week through downtown Watertown to Boots Brewing Company at 89 Public Square. It’s one of those places I’ve been meaning to check out for months. It’s, at most, a 10 minute drive from my front door and it’s a short walk from my office here at the Times, but I’ve never gotten around to it.

But I was finally cold enough and tired enough after a week of kids with head colds and canceled preschool days and the Knicks ripping my heart out by trading Kristaps Porzingis to Dallas that I decided to wrap my face in a scarf and brave the 5-degree temperature to escape with a glass or two of beer.

I tend to underdress for the winter. I don’t like the way winter coats make me feel like I’m wrapped in a straightjacket. So I’m wandering through Public Square with a fleece, a scarf, a pair of gloves and a slight case of pneumonia. But then I reach Boots.

It’s a cozy little place, with a narrow bar area leading into an austere back room with tables made from reclaimed wood and pictures of (hey!) boots on the walls — everything from firefighter issue to work boots to cleats. There’s also a big window in the back of the building, where I sat, watching groups of people play board games and drink while I ordered my first flight.

I’m never sure where to start with a flight, but I decided to go with the biggest, burliest, booziest thing on the menu to fight back the frostbite in my guts. Dark & Gloomy (9 percent, 42 IBUs) was a cold, malty glass of winter warmth. A little sweet in front, with notes of coffee and chocolate, this thing finishes with plenty of boozy warmth that made me forget about the weather for a couple of minutes.

Time and place, I’d say that’s the best beer I had all night, but it wasn’t exactly all down hill.

Boots, the brainchild of Dan Daugherty, a city firefighter and former Marine, takes for its logo a pair of worn-in Marine boots, and there’s something to that aesthetic in their beer selection. The brewery, which opened this summer, tilts pretty heavily into burly stouts and IPAs, packing a pretty decent punch that makes it perfect for a cold day in the north country.

Sticking with the dark stuff, Boots bills the Stag & Stars Irish Stout (4.7 percent, 41 IBUs) as “coffee-like,” but there’s something kind of mellow and almost creamy about it, like a proper Irish beer. Whereas those coffee notes can sometimes be pretty bitter, there’s a nice balance here that takes you from a bitter front to a creamy finish.

From there, I went from the stouts to their hoppier, maltier cousin, the Pint of Plain Porter (5.3 percent, 27 IBUs). I’m into the name, but I didn’t find this guy very plain. Notes of chocolate and caramel and robust English hops ... you find plenty of stouts around here and not enough porters, of which I’m a big fan. This is a beer that will get Boots plenty of repeat business from me.

But it wasn’t all murky and malty goodness. The IPAs were pretty solid, too.

Silly Little Game (6.4 percent, 88 IBU), a hazy New England IPA appropriate for the eve of the Patriots’ Super Bowl snoozer was a lot more exciting than the big game itself. The hoppiest sucker on the menu, the Game hits you right in the nose with a hoppy aroma and has a really hard, bitter finish that I absolutely loved. It’s the kind of beer my wife, Christina, would absolutely hate, but one I’d be pretty glad to stock the fridge with.

Useless Information (7.7 percent, 66 IBU), an American IPA is really hoppy in the front and kind of tropical (mango, maybe?) and finishes pretty smooth. At 7.7 percent, it’s kind of deceptive, because you could pound four or five of these things on a lazy day and feel nothing until you try to stand up. A real highlight. And I also really liked the other New Englander on tap, Libo Risk (6 percent, 57 IBUs), which was pretty chill for a 6 percent and has a really cool name.

I’m a sucker for a cool name.

However, I didn’t really care for Battle Buddy (6.1 ABV, 41 IBUs), the American Pale Ale that also has a cool name. It was a little too citrusy for me. It grew on me a little as I drank it, but I’d already had a few, so I wouldn’t trust my judgement at that point. It wasn’t my favorite.

The biggest surprise for me was the Extra Medium (5.7 percent, 42 IBUs), a California Common or Steam Beer that has kind of a woody, minty profile ... and that shouldn’t be good, right? It’s really refreshing, and that profile could almost serve as a palate cleanser. It’s so bright and crisp ... I’m tempted to fill a growler or two of this stuff and fire up the barbecue when the north country thaws out some time around May. I really haven’t seen very much in the way of steam beers in this part of the country, so this was a pretty welcome way to finish the night.

So that last beer of the night had me feeling pretty good when I paid my tab and went stumbling back out into the cold and the wind. The streets were still choked with snow, and I had to dodge a runaway snowplow. And there was some guy parked near Cam’s in a ’90s Camry with a suspect transmission that sounded like a helicopter reclaimed from a salvage yard with all these nasty little whipping sounds and Kristaps Porzingis was a Dallas freaking Maverick.

I was still underdressed, and I was getting sicker by the minute. I didn’t mind any of it.

I was still kind of warm from the Dark & Gloomy and wishing I’d taken some home.

Dennis O’Brien’s column runs on the second Tuesday of every month. Follow him on Twitter at @DennisJOBrien and on untappd at untappd.com/user/StanleyCup94 or email him at dobrien@wdt.net.

Let’s get this out of the way up front … I’m not much for camping.