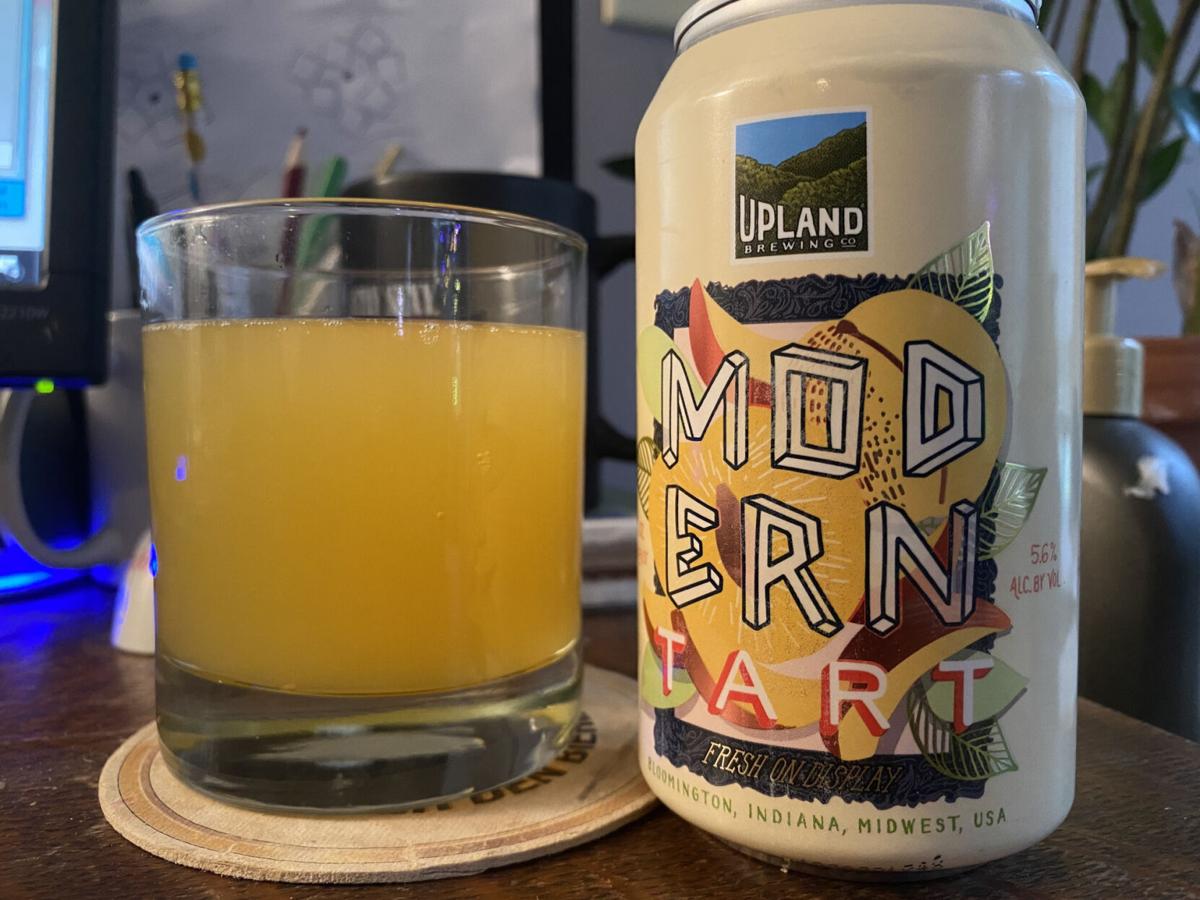 Upland Brewing Company’s Modern Tart is the unlikely star of your holiday meal, an apricot kettle sour so tart but so mellow you’ll ask for seconds. Dennis O’Brien/Watertown Daily Times 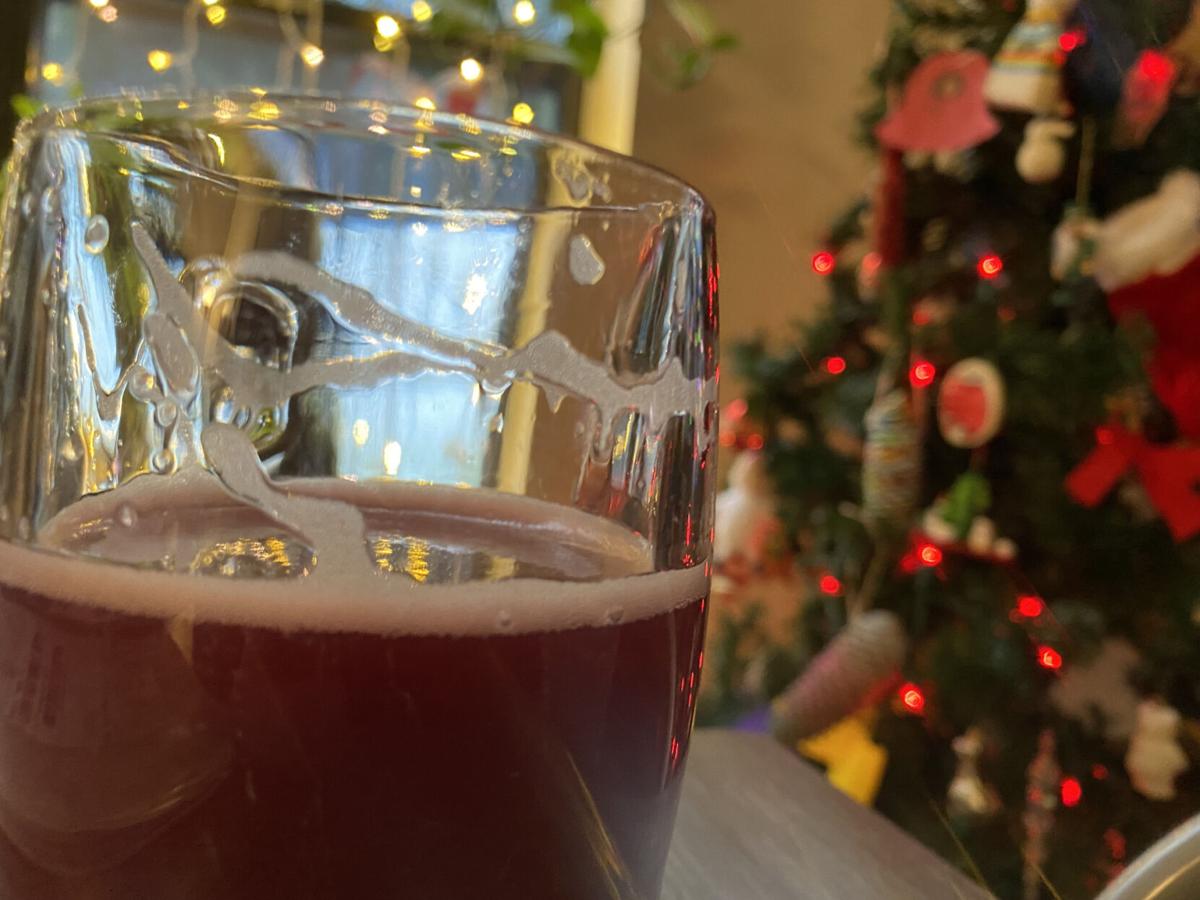 Big Ditch’s Berry Vision uses lactose to smooth out those tart edges, leading to a refreshing (and refreshingly Christmas red) sour option for the holidays instead of that fruitcake you’ve been eyeing. Dennis O’Brien/Watertown Daily Times 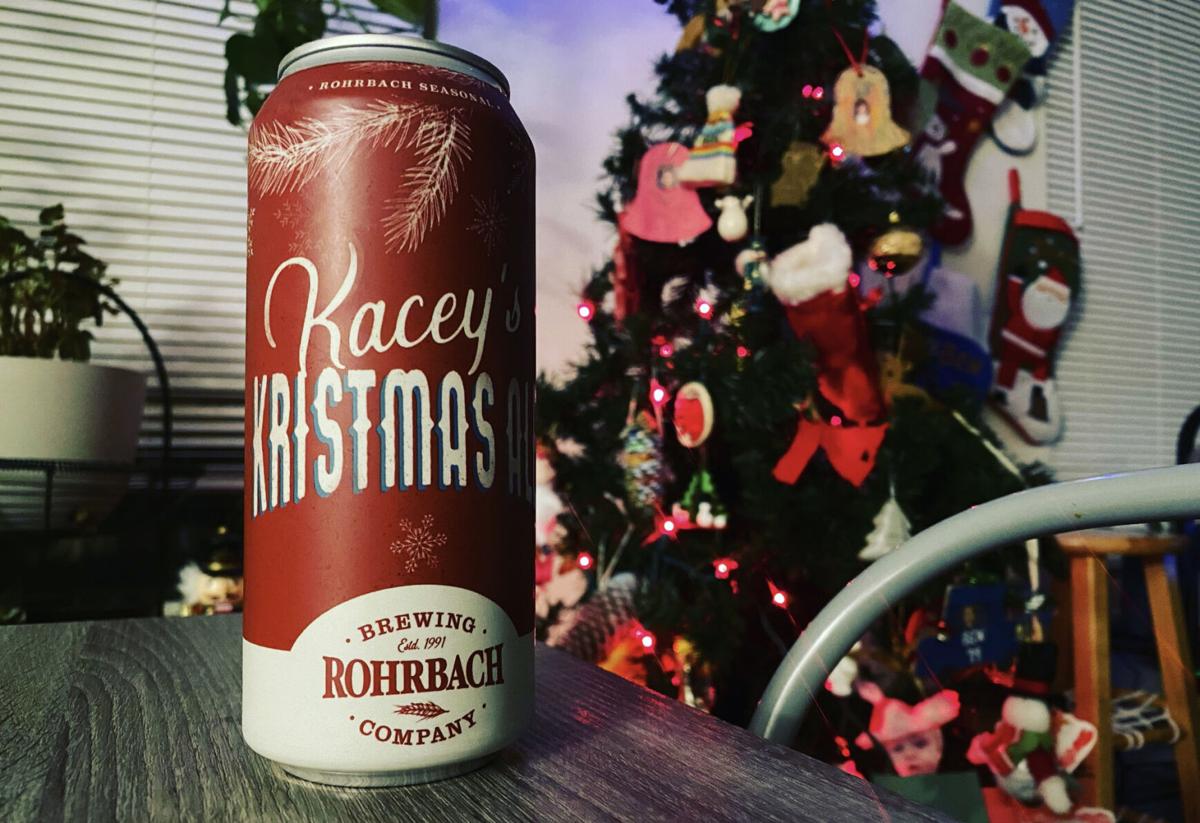 Kacy’s Kristmas Ale hits the nose hard with the aroma of fresh cherries, but that strong fruit flavor mellows nicely with notes of coffee and chocolate. Dennis O’Brien/Watertown Daily Times

Upland Brewing Company’s Modern Tart is the unlikely star of your holiday meal, an apricot kettle sour so tart but so mellow you’ll ask for seconds. Dennis O’Brien/Watertown Daily Times

Big Ditch’s Berry Vision uses lactose to smooth out those tart edges, leading to a refreshing (and refreshingly Christmas red) sour option for the holidays instead of that fruitcake you’ve been eyeing. Dennis O’Brien/Watertown Daily Times

Kacy’s Kristmas Ale hits the nose hard with the aroma of fresh cherries, but that strong fruit flavor mellows nicely with notes of coffee and chocolate. Dennis O’Brien/Watertown Daily Times

There’s something satisfying in holiday traditions.

Whether it’s some corny image out of a Norman Rockwell painting of a dad carving the turkey on Christmas Day or my wife Christina pouring the two of us a shot of whiskey on our anniversary to commemorate an early coping mechanism with the frustration of, well, my family.

I was thinking a lot about tradition the Sunday after Thanksgiving when we were putting up our tree. With a gorgeous, brownish red pint of Kacey’s Kristmas Ale from Rohrbach Brewing Company out of Rochester in my hand, I strung red lights around out fake little tree and then Christina and the boys, John and Ben, helped me haul out the seemingly endless array of baubles for the tree. The kids’ hand prints in clay from when they were infants, and an endless stretch of icicles and globes and reindeer. Some of them are personal and specific and some I think we might have just as well stolen from someone else’s tree down the street.

The beer, a brown ale flavored with cherries, comes on hard with those cherries on the nose. But that tart, sweetness mellows on the palate with notes of coffee and chocolate.

Kacy’s (4.5% ABV, 15 IBU) feels like Christmas, with those bold, dessert beer flavors. But it’s also kind of light for all of that fruit and sweetness. The kind of holiday beer that won’t spoil your dessert after dinner.

I was thinking about that when John, 7 and a looming giant quickly closing in on 5 feet, asked me if it was time to put the star on the tree.

Every year we let one of the boys put the finishing touch on the tree. Ben, nearly 5 with his long hair and obsession with drawing the Super Mario Brothers, had his turn last year. So with Christina ready to snap photos, I get ready to lift John up to place the star.

He drags over a kitchen chair and hops on up and I hand him the star, which he places over the top of the tree. Something about this moment just overwhelmed me with this feeling of sweet and sorrow. I had to wipe away a tear or two while watching this kid, tall and capable and smart, shrug off my help. Christina snapped photos, and I can see that she can see that I’m a little overwhelmed.

Later, over another Kacy’s, something about the passage of time got me thinking about the way our traditions transform.

Maybe you moved to an apartment or adopted a cat or something, so you go with a fake tree instead of a real one.

Maybe you acknowledged that the Christmas playlist needs to ditch a few of the stuffy standards and make room for Tom Waits’ “Christmas Card from a Hooker in Minneapolis.”

Maybe you’re trading in that fruit cake for a fridge full of fruit beer.

I’m not trying to shame the noble fruit cake. But there are so many baked goods associated with Christmas. Gingerbread houses. Cookies. Pies. That all sounds so filling. It may go against all logic, but hear me out ... the best way to get those big, bold holiday fruit flavors is in your glass and not on your plate.

With that in mind, here’s a mixed holiday 6-pack of beers for your holiday table, each one guaranteed to brighten your spirits, so to speak.

1. Kacey’s Kristmas Ale (Rohrbach Brewing Company, Rochester) — A lovely, light beer that tastes like dessert without filling you up like one.

2. Mad Elf (Tröegs Independent Brewing, Hershey, Pa.) — This ruby red Belgian style ale standard is brewed with five different kinds of cherries and honey. It’s kind of sweet, very strong (11% ABV) and the perfect way to relax all of your bones after a stressful day. I put one down a few weeks ago after Christina got us (kind of) lost on a 6-mile hike at Whetstone Gulf State Park in Lowville. I fell twice in the snow, because I’m clumsy, and we barely made it back to the car before dark. But after that long, cold day, a piping hot shower and an ice cold Elf hit the spot.

3. Berry Vision (Big Ditch Brewing Company (Buffalo) — A really subtle sour ale brewed with blueberries and raspberries and oats and finished with lactose, this is thing is very red and pours with a big, red, foamy head. Considering how hard the berry comes on at the nose and how aggressively red this thing is, it’s surprisingly subtle in terms of pucker. It’s a sour, but the lactose really smooths that tart flavor into something like a good bit of holiday day drinking. Light and refreshing.

4. Modern Tart (Upland Brewing Company, Bloomington, Ind.) — This is a first for me on a few levels. I can’t remember drinking too many beers from Indiana. If you’ve ever driven through Indiana, you might, like me, be under the impression that it’s completely empty. So that they have breweries is a welcome surprise. A kettle sour brewed with a healthy dose of apricot, Upland bills the inspiration for this brew as the sensation of biting into a fresh apricot, and that flavor comes on strong. It’s refreshingly tart and, as with the Berry Vision, it’s dosed with lactose to replace some of the sweetness you lose in fermentation. The result is something crisp and light but with a nice 5.6% punch that sneaks up on you after a few. A nice compliment to and replacement for the cranberry sauce you make every year but nobody seems to eat.

5. Death by Coconut (Oskar Blues Brewery, Longmont, Colo.) — I’ve had the urge to visit Colorado for some time now, to see the Rocky Mountains, avoid the sketchy politicians and to visit the Oskar Blues Brewery. I’ve long been a fan of their Dale’s Pale Ale, but for my money their best beer is one that takes advantage of that much-maligned tropical delight, the coconut. A big, burly Irish style porter, this is a strong, sweet bit of dessert beer. The coconut comes on strong at the nose and that blast of sweetness you taste kind of warms out with bitter notes of pure cacao. It’s strong at 6.5%, but it’s not going to knock you unsteady if you put a few back instead of coffee after a good meal. It has that warmth you want on a cold winter night and sweet enough to make sure you pass on ice cream with that slice of pumpkin pie.

6. Frosted Sugar Cookie (Southern Tier, Lakewood) — It’s the holidays, and I’m usually dialing into one or two of these by the time I get 25 inches or so into this space, so you can’t expect me to hold a theme the whole way through. No holiday season is complete without a healthy dose of sugar cookies. And your holiday season won’t be complete without a 6er of Sugar Cookie beneath the tree. The Cookie is strong ale, and is it ever at 8.6% ABV. Tier goes big on flavor here with so much vanilla and cake aroma that you’ll start day dreaming about the holiday treats of your youth. A perfectly decadent holiday delight.

After another troubled year in a seemingly endless pandemic, I think we’ve all earned the right to be a little bit decadent this year.

I got a very polite email this week from Carla von Trapp Hunter (as in von Trapp Brewing in Stowe, Vt.) who informed me that while praising the company’s beer, I’ve been mistakenly capitalizing the ‘V.’ I don’t know what I could have been thinking. It’s right there on the cans and von Trapp’s wares have become something of a staple in my fridge. As someone very often addressed as Dennis OBrien or even Dennis O’brien, I clearly regret the error and pledge to do right by this fine institution of beer.