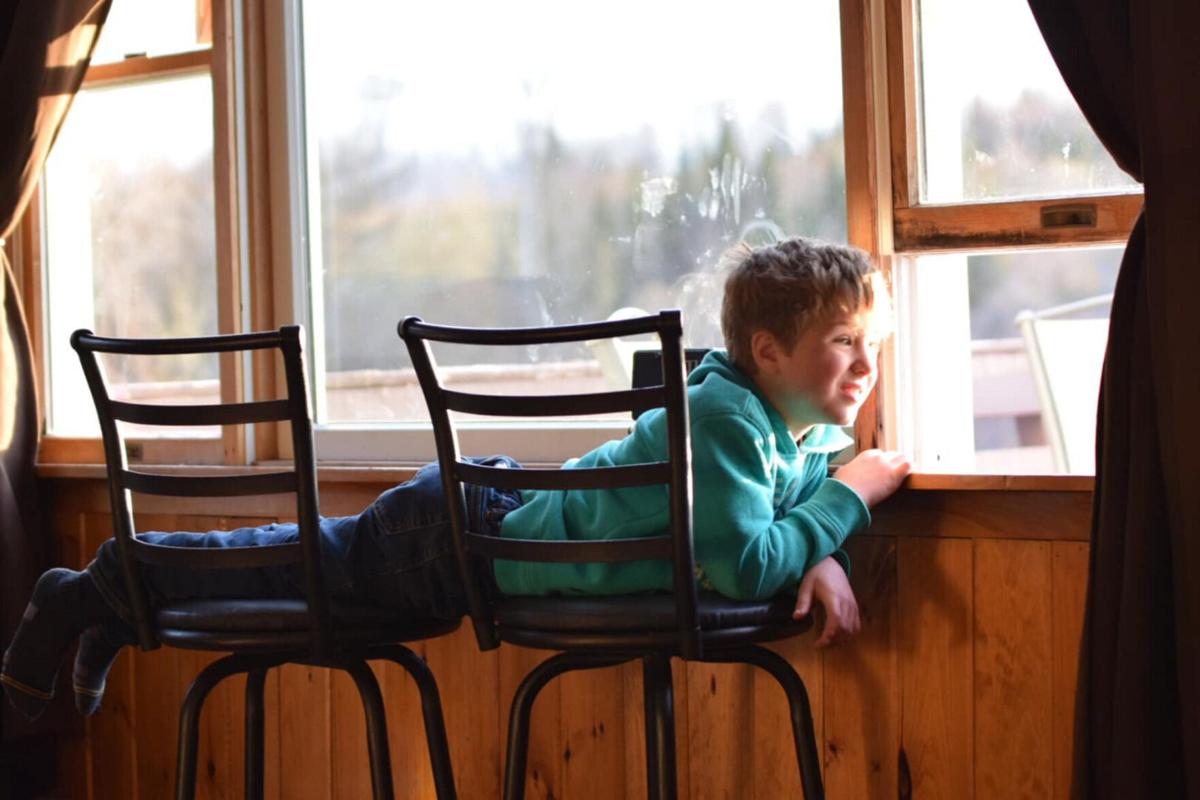 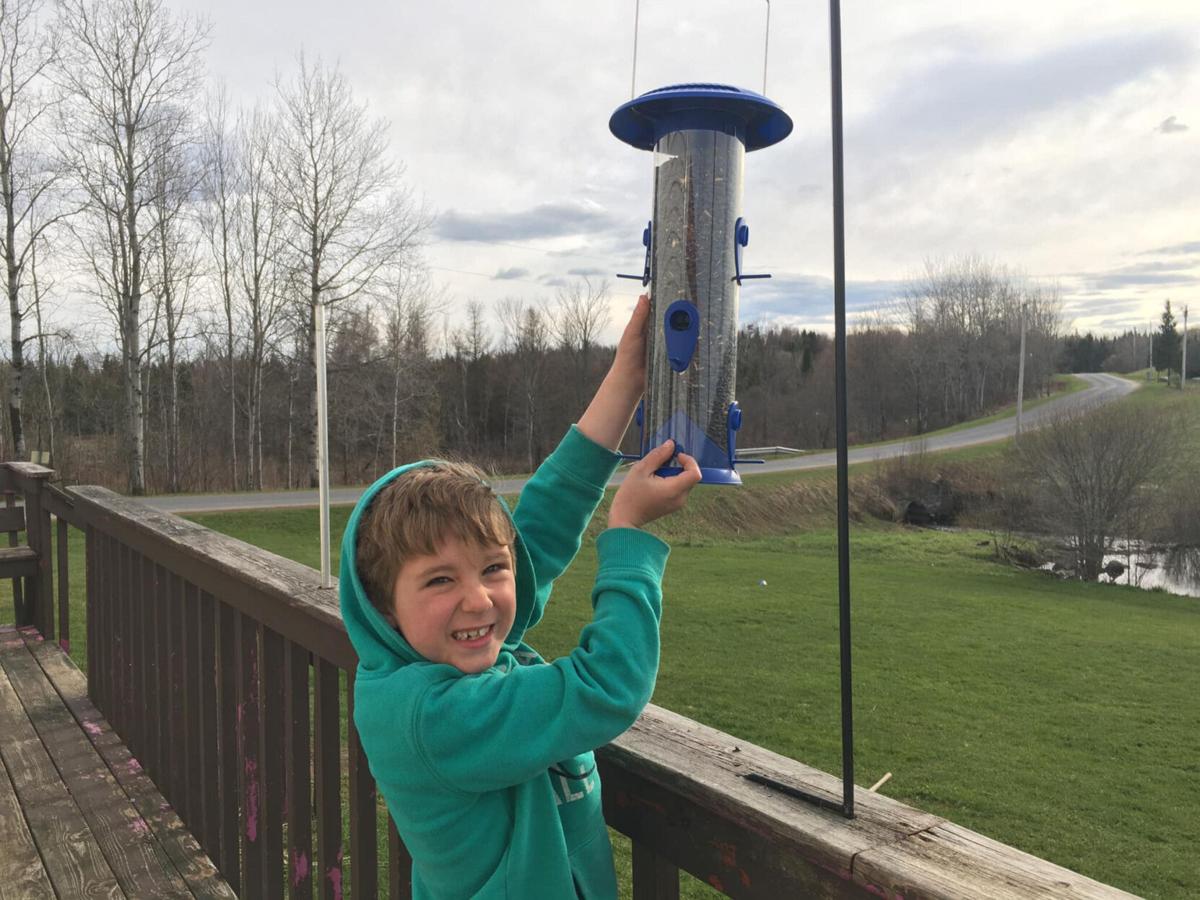 “People are paying more attention to tweets (not the Twitter kind).”

This eye-catching headline of a Washington Post story recently drew my attention to the surge of interest in birdwatching across the country. It makes sense during these stressful and challenging times when so many people are confined at home and craving for ways to connect with nature.

The coronavirus pandemic has resulted in less human traffic, and the noises that go along with it, creating the perfect backdrop for observing birds and other wildlife. Just by opening a window or going into their backyard, people can hear and see a variety of captivating species.

While spring has always been a busy season for birdwatching as thousands flock back from warmer climates to mark their territories and find potential mates, there appear to be far more people noticing them this year.

The north country has been no exception.

The Tug Hill Tomorrow Land Trust’s annual “Bird Quest” program became overwhelmingly popular this year, said Linda Gibbs, THTLT Community Programs Director. The educational program is typically offered through schools and homeschooling programs, but the nonprofit organization made some quick changes when schools closed their doors to offer the program directly to anyone interested in participating at home.

Nearly 60 bird “observation stations” were set up by families with children ages preschool to high school, along with adults and senior citizens. Participants received kits with donated birdseed, feeders, and tally sheets, and were asked to send in their observations and photographs. Approximately 700 pounds of birdseed was donated by Lowe’s, Home Depot, Noble Ace Hardware and Rudd’s Town and Country in Watertown, with other supplies provided through Walmart Supercenter, Evans Mills.

More than 38 different bird species throughout Jefferson, Lewis, Oswego and Oneida counties, including American Goldfinches (the most abundant observed on a single day), Baltimore Orioles and Rose-breasted Grosbeaks, made an appearance at least once at nearly every feeder station. “More than one observer saw an Indigo Bunting as well, which is a treat,” Mrs. Gibbs said.

Something else grew from the project. It provided a wonderful opportunity for parents and children to forge a deeper understanding and appreciation of not only birds, but the natural world around them.

Many families documented other wildlife spotted in their backyards, including Eastern gray squirrels and chipmunks, while others ventured past their feeding stations and observed Canada Geese, Tree Swallows and even some Bald Eagles.

“Birdwatching is so accessible,” said Mrs. Gibbs. “You don’t really need binoculars to observe Robins or Starlings finding insects and worms to eat in a grassy area, especially if you stay still and watch for awhile. Even the most common city birds can be interesting to watch.”

Most people “go about their days without giving birds a second look, but if you start to notice what they are doing, a whole new perspective opens up,” she added.

One north country family participating in the “Bird Quest” program for the first time found the experience rewarding in many ways.

“We decided to get involved with the Bird Quest program to give our youngest child a fun responsibility and ownership of a family activity,” said Jared Sturtevant, West Leyden. “I am also a photographer and thought it would be a great opportunity to snap some photos during this downtime.”

Their son, Parker, enjoyed watching the birds and filling the feeders, said his father, noting “occasionally he would even let me fill them.”

His son’s favorite birds were the colorful or uncommon ones, including the Rose-breasted Grosbeaks, Orioles, Purple Finches, and Mourning Doves. Parker also enjoyed watching the “flightless critters” nearby as well, including the chipmunks and squirrels, said Mr. Sturtevant.

“It’s been a great program and learning experience for the kids and adults involved,” he said. “We learned about the Oriole’s migration all the way from Florida, Central America and South America.”

The family’s experience with the “Bird Quest” program “will create lasting memories for when they have feeders as adults,” he added.

Although the program has officially ended, it’s not too late for families to set up their own feeding stations and start sharing the joy of birdwatching with their children, Mrs. Gibbs said.

“Setting up a bird feeder can be as simple as putting sunflower seed out on a flat boulder every day, or as complex as installing multiple feeders holding different types of food that a variety of birds will eat,” she said. Families can research together to determine which birds favor particular types of seed or other food before investing in a feeder.

Here are some other helpful tips:

n It’s important to make sure that any feeder is easily visible from your window or other observation point and is placed high enough to deter predators like cats, but accessible enough to refill and maintain.

n You will generally see more birds if your feeders are located within 12-20 feet of trees or shrubs.

n Bird feeders containing seed should be thoroughly cleaned about every two weeks or after wet weather to avoid bacterial growth that could make birds sick.

n Hummingbird feeders, if the sugary food is in the feeder too long, can develop mold that is harmful to them, so they should be checked and cleaned frequently. Although attracted to the color red, it’s also important not to add color to Hummingbird food, as the red dye can harm the birds.

n Keep a piece of paper near the observation window to write down the types of birds seen each day. Other information, such as the weather conditions, or if other animals were attracted to the feeder, may also be recorded.

“Birds are colorful, active, and there are so many different types,” Mrs. Gibbs said. “Feeding them makes it easy to observe their individual habits and preferences, as well as how they behave and interact with each other.”

Watching together as a family is a “great learning and bonding activity for all ages, and can generate some wonderful lifelong memories,” she added. “Birds are great ambassadors to the natural world for a lot of us, helping us connect to our place on the planet.”

For those interested in identifying birds specific to the north country, the Tug Hill Tomorrow Land Trust published a book illustrated and edited by Robert McNamara with contributions from several north country writers titled “Tug Hill: A Four Season Guide to the Natural Side.” For more information: www.tughilltomorrowlandtrust.org

The Cornell Lab of Ornithology has many online educational resources as well, and amateur birdwatchers can even contribute to a global database project: www.birds.cornell.edu.