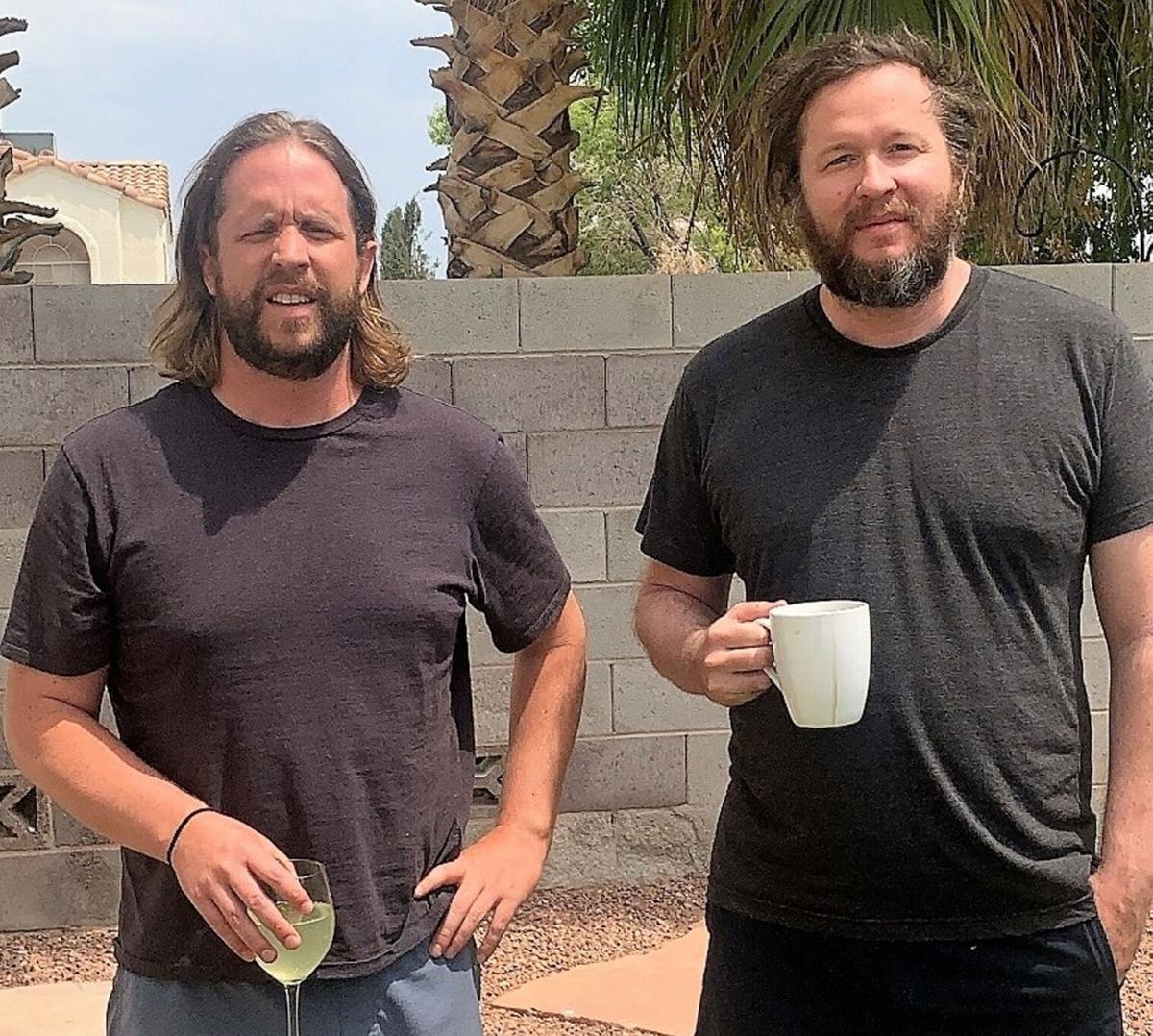 Brothers Phillip, left and Brandon Murphy, formerly of Watertown, wrote the screenplay for “Hitman’s Wife’s Bodyguard,” now in theaters. They also have other major projects in development. Submitted photo 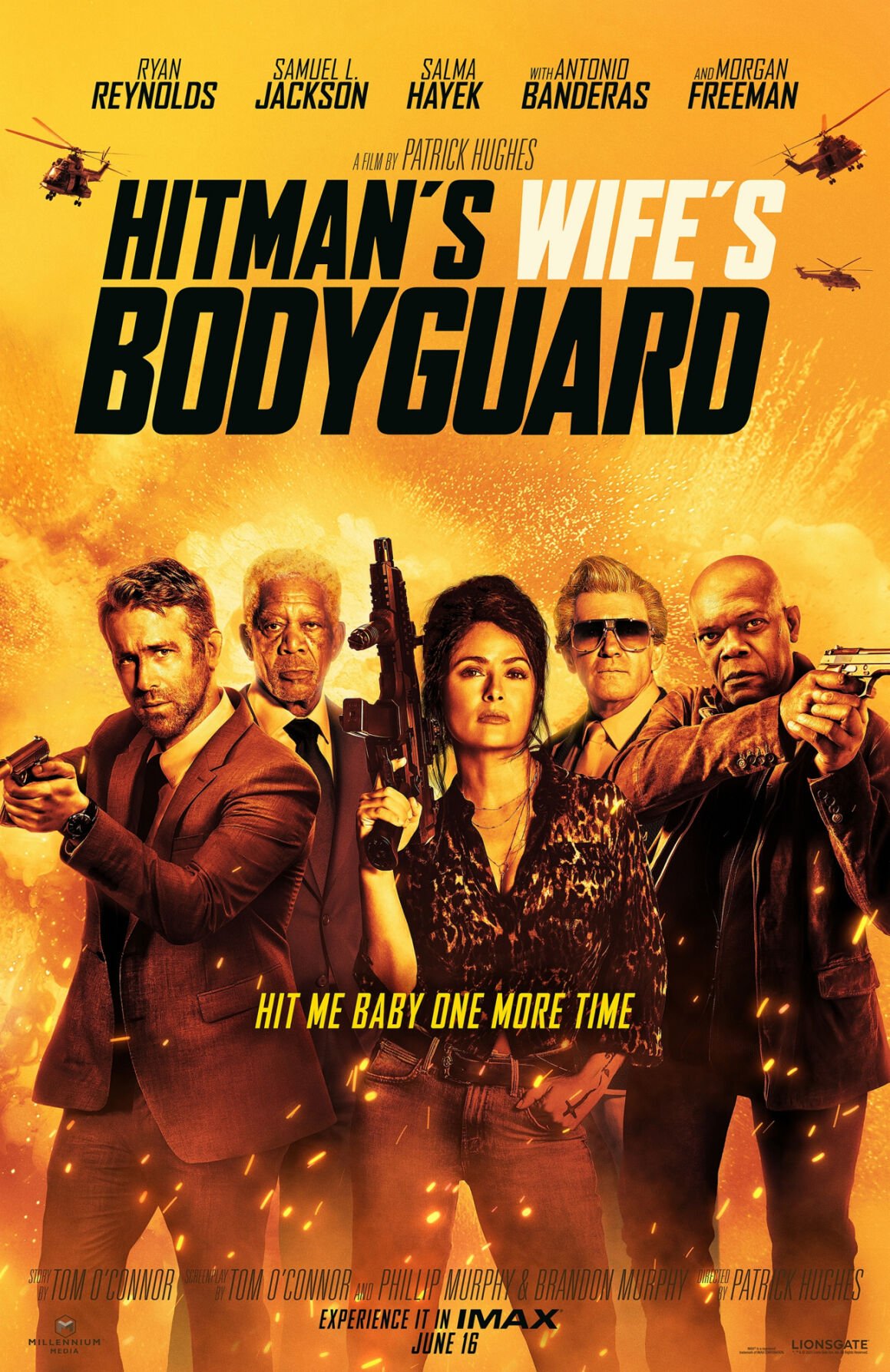 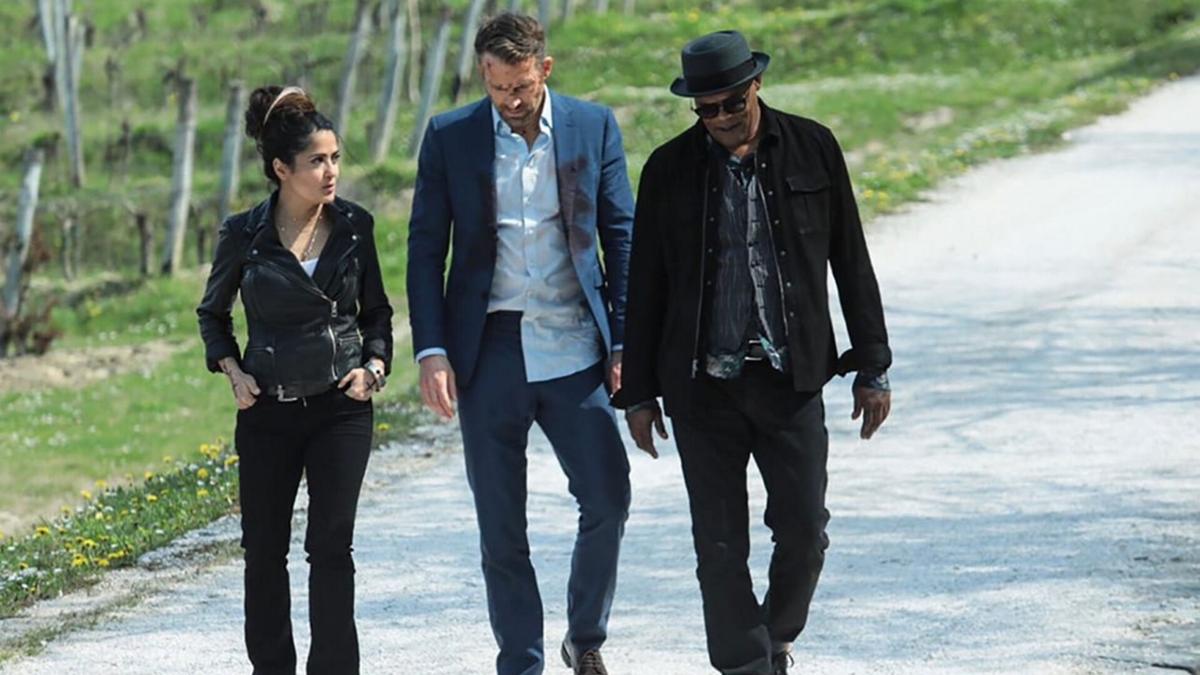 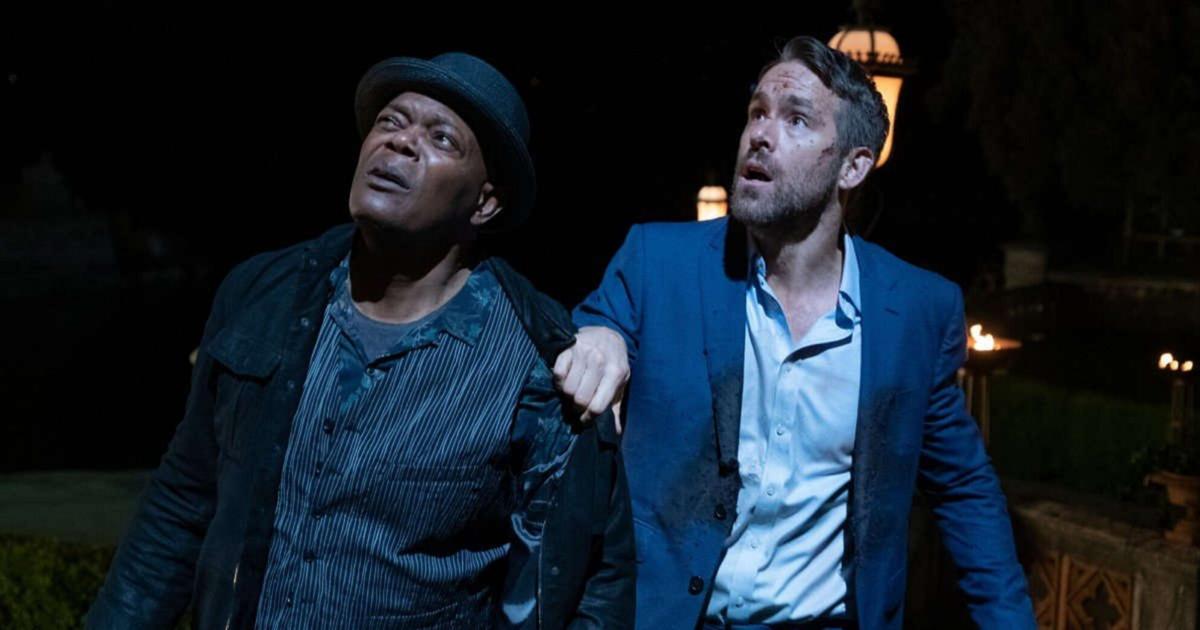 The “Hitman’s Wife’s Bodyguard” was the No. 1 movie in U.S. box office charts on the June 19-20 weekend. Lionsgate

Brothers Phillip, left and Brandon Murphy, formerly of Watertown, wrote the screenplay for “Hitman’s Wife’s Bodyguard,” now in theaters. They also have other major projects in development. Submitted photo

The “Hitman’s Wife’s Bodyguard” was the No. 1 movie in U.S. box office charts on the June 19-20 weekend. Lionsgate

WATERTOWN — The film “Hitman’s Wife’s Bodyguard” was the No. 1 movie in U.S. box office charts on the June 19-20 weekend and a sibling team with roots in Watertown is a major part of its success.

Brothers Phillip and Brandon Murphy lived in Watertown from 1990 to 1999. They are the screenwriters of the film, which is a sequel to the 2017 action/comedy film, “The Hitman’s Bodyguard.”

They are the sons of Robert and Mary Murphy, who moved overseas from Watertown in 1999. The parents now live in Canandaigua, Ontario County.

The Murphys moved to Watertown in 1990 from Syracuse, residing on Flower Avenue West. Brandon, 42, would later graduate from Tulane University in New Orleans and Phillip, 39, would graduate from Roanoke College, Salem, Va.

But it was their experiences in Watertown that set the brothers on the path to successful screenwriting careers.

“There was a lot of movie-watching after school,” Phillip said in a phone interview from Las Vegas, where the brothers, who live in Los Angeles, were visiting family. “We rented movies from pretty much every video rental store in Watertown.”

“We just watched a ton of movies, and our next door neighbors had an extensive video collection,” Brandon said. “I think that was our first entry point into the love of film.”

Those neighbors, Paul J. and Gloria M. Sirianni, died as the result of a car crash on the New York State Thruway in 2004, shortly after their 50th wedding anniversary. They were both 72.

“I would mow their lawn and they were the friendliest, most incredible people and they had this vast library of films,” Brandon said. “Paul Sirianni would let us take them out as if it was our own personal video store.”

“I took a few film classes, but nothing substantial,” Brandon said. “I just started writing screenplays after college without really knowing much and kind of relying on the knowledge we picked up watching so many films, and over time, getting the craft down. And then we started working together. When we put our heads together was when we kind of got our careers started and sold our first screenplay.”

Phillip said his brother was living and working in Los Angeles in 2001 when he got a college internship at Sony Pictures in that city.

“As a freshman in college, I didn’t really know what I wanted to do, but that internship planted the seed that working in Hollywood could be something because I actually enjoyed going to work every day, even as a 20-year-old kid.”

The brothers slowly made contacts as they focused on their projects.

“There were these little mini victories and stuff like that just to keep you moving, but it was a good decade-long journey before that connection kind of happened,” Brandon said. “So many jobs and screenplays don’t go anywhere even after they sell. This (“Hitman’s Wife’s Bodyguard”) is one that just connected and the director reached out and it happened.”

The first script the brothers sold, “The last Drop,” occurred in 2011. The film is in development.

“It’s about a restaurant critic coming to terms with his addictions and personal issues during a poignant love affair,” Phillip said. “Sharon Horgan from Amazon’s ‘Catastrophe’ is slated to be the female lead with several leading men vying for the male lead.”

“Hitman’s Wife’s Bodyguard” is directed by Patrick Hughes. It stars Samuel L. Jackson, Salma Hayek and Ryan Reynolds. Tom O’Connor, who wrote the first film in the series, is also credited in the sequel.

“I would put seeing ‘Pulp Fiction’ (starring Mr. Jackson) at the Salmon Run Mall as a pretty seminal experience of my journey of wanting to be a filmmaker,” Brandon said. “We had met Samuel Jackson when writing the script. It was full circle of a journey and we talked a little bit about that.”

Phillip and Brandon have been writing together as a team for about a decade. Another upcoming major project is a film based on the 2006 book “Exile on Main Street: A Season in Hell with the Rolling Stones” by Robert Greenfield. It’s about the difficulties the band faced while recording their 1972 album “Exile on Main Street” at Keith Richards’s seaside mansion in the south of France during a blazingly hot summer.

“It was one that came our way and we met the producers,” Brandon said. “We are big Rolling Stones fans. In addition to watching a lot of movies in Watertown, we were listening to a lot of rock ’n roll.”

The film is in pre-production.

“I’m not at liberty to talk about it because the company hasn’t put out the official release,” Brandon said.

As for the chances of another sequel to the “Hitman” franchise?

“If ‘Hitman’s Wife’s Bodyguard’ is huge, maybe we’ll be working on a third one,” Brandon said.

He then laughed before adding: “Just take a noun and put it after ‘Hitman’”

WHO: The screenwriting team of brothers and former Watertown residents Brandon and Phillip Murphy.

WHAT: In their latest success, they wrote the screenplay for “Hitman’s Wife’s Bodyguard.”

OF NOTE: The brothers also host a podcast, “Camp Goodboy,” which can be found on iTunes and Spotify. The most recent episode, the 136th, features an interview with Patrick Hughes, director of “Hitman’s Wife’s Bodyguard.”