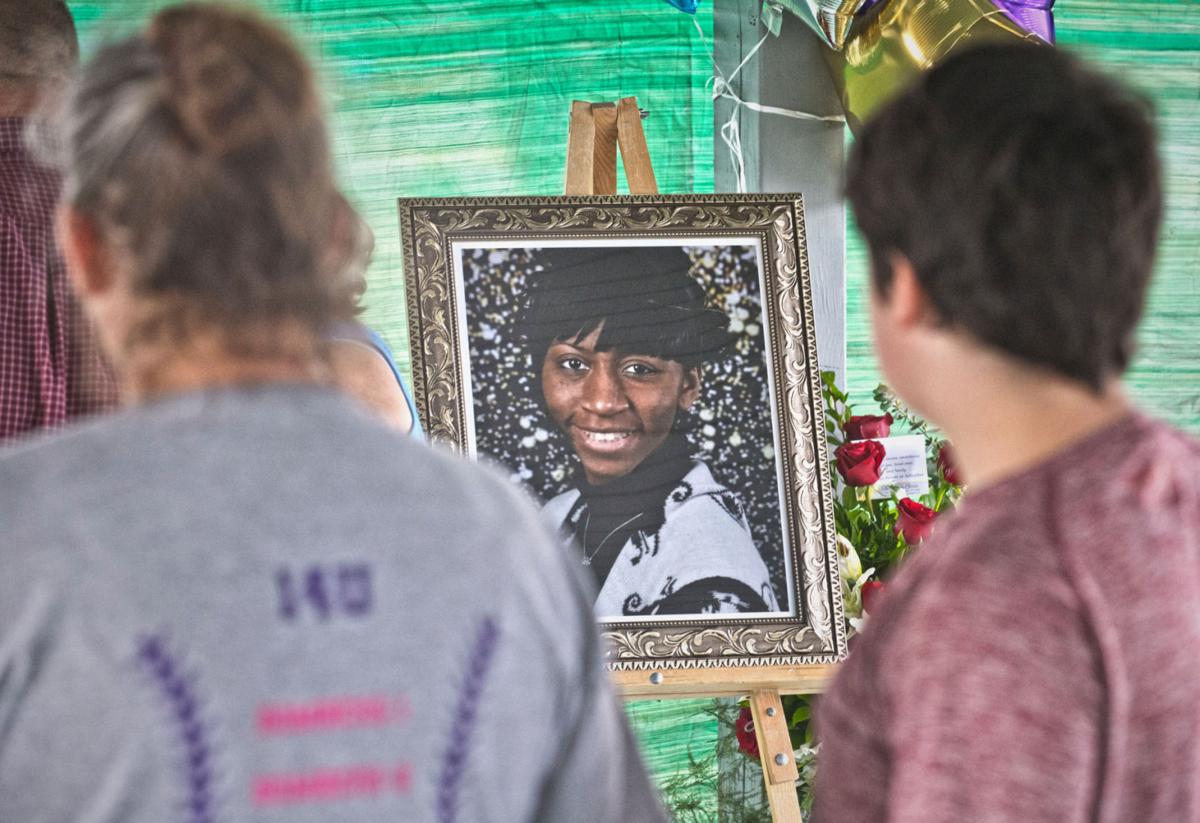 A celebration of life ceremony was held Saturday afternoon at the Gouverneur Community Center in honor of Treyanna Summerville who was found dead in her home June 22. Christopher Lenney/Watertown Daily Times 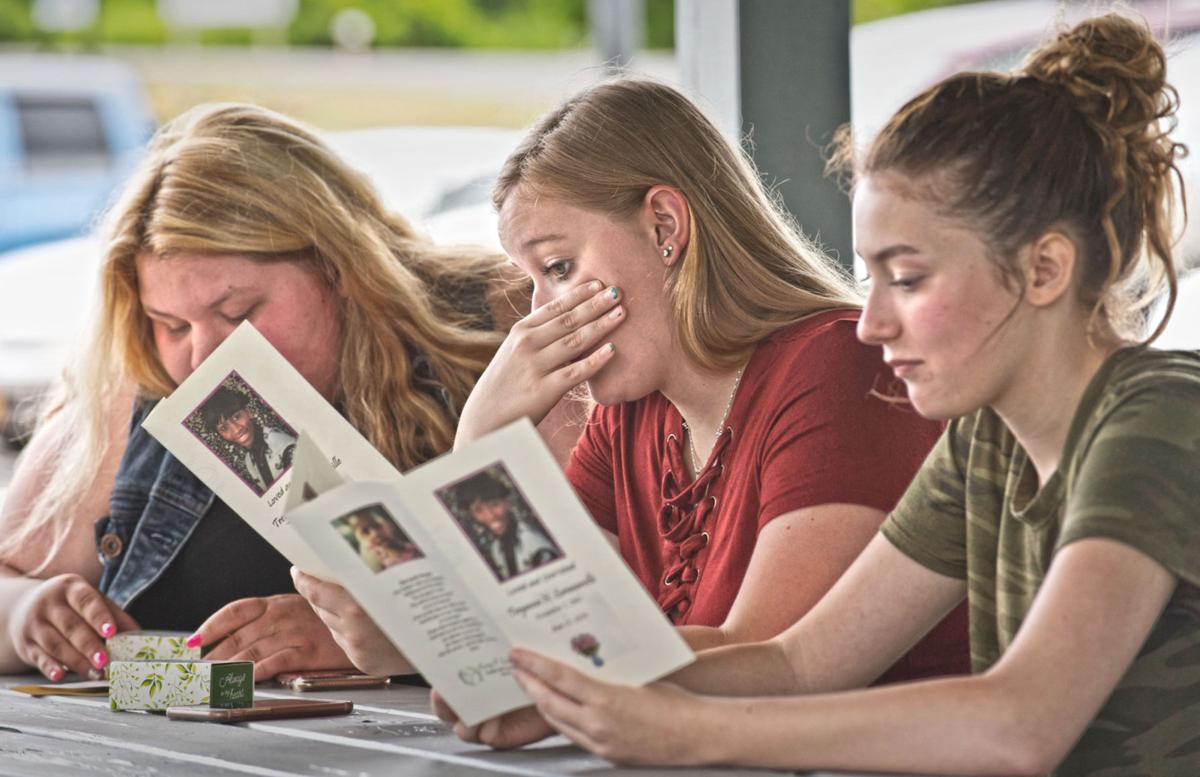 From left, Alexis Stevens, Taylor Hance and Emily Burgess attend a celebration of life on Saturday at the Gouverneur Community Center for their friend and classmate Treyanna Summerville who was found dead in her home June 22. Christopher Lenney/Watertown Daily Times 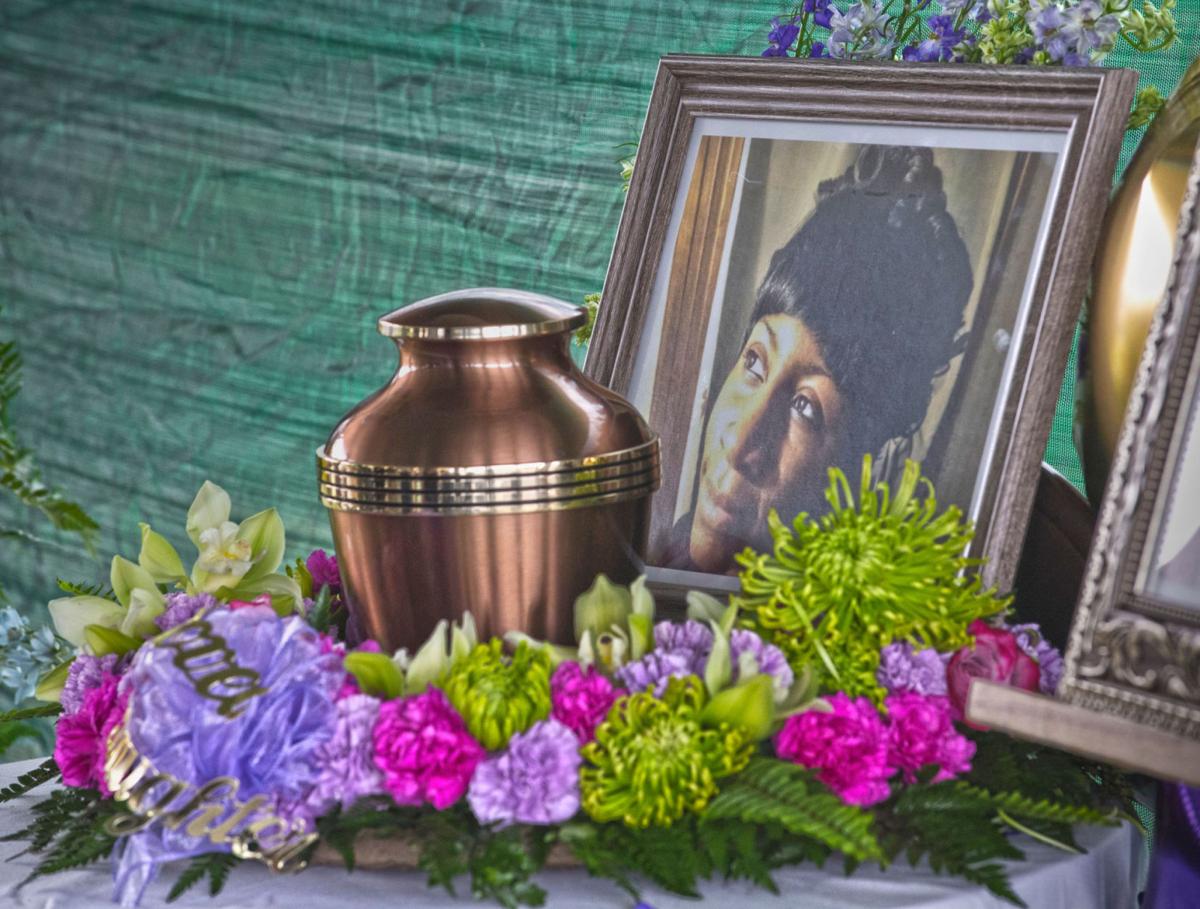 A celebration of life ceremony was held Saturday at the Gouverneur Community Center for Gouverneur senior Treyanna Summerville who was found dead in her home June 22. Christopher Lenney/Watertown Daily Times

Guests arrive Saturday at the Gouverneur Community Center to celebrate the life of Treyanna Summerville who was found dead in her home June 22. Christopher Lenney/Watertown Daily Times 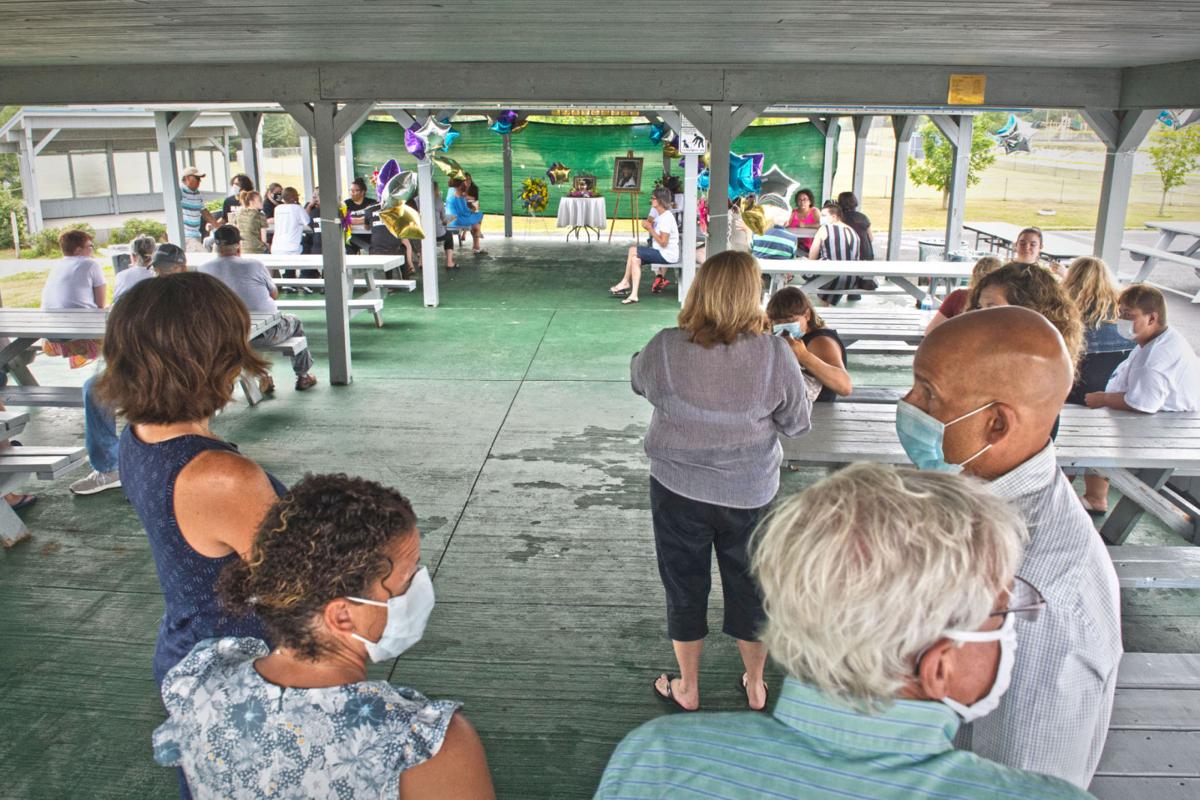 Family, friends and community members attend a celebration of life gathering on Saturday at the Gouverneur Community Center in honor of Treyanna Summerville who was found dead in her home June 22. Christopher Lenney/Watertown Daily Times

Cedric Summerville, the father of Treyanna Summerville, welcomes a guest to the celebration of life for his daughter on Saturday at the Gouverneur Community Center. Treyanna was found dead in her home June 22Christopher Lenney/Watertown Daily Times

A celebration of life ceremony was held Saturday afternoon at the Gouverneur Community Center in honor of Treyanna Summerville who was found dead in her home June 22. Christopher Lenney/Watertown Daily Times

Guests arrive Saturday at the Gouverneur Community Center to celebrate the life of Treyanna Summerville who was found dead in her home June 22. Christopher Lenney/Watertown Daily Times

GOUVERNEUR — When the clouds broke at about 3:30 p.m. Saturday, the sun greeted the family and friends of Treyanna N. Summerville across a blue- and gray-painted sky.

It was a graduation party, it was a celebration of life, it was a “coming home.”

About 50 people, and others who could not attend in person, celebrated the life of a daughter, a sister, a niece, a schoolmate, a friend, a student, a young woman just getting started.

“I never got the chance to hug her,” Treyanna’s uncle and fellow anime lover Rodney Summerville said this weekend. “We would talk over the phone, and she knew I loved her, but I never got a chance to meet my niece personally.”

Rodney said the Summerville family had been planning over the last year for Treyanna to visit her father, uncles, cousins and younger sister, who are mostly based in the Seattle area. Rodney hoped to talk anime and Treyanna’s next steps — either entering the U.S. Air Force or attending college to pursue a degree in criminology or criminal justice.

“But she was taken before any of that could happen,” he said.

On the morning of June 22, Treyanna was reported dead inside her home at 135 Rowley St., and her death is being investigated as a homicide. After state police charged a 13-year-old with second-degree murder that afternoon, family members identified the 13-year-old as Treyanna’s younger half sister, and cries for justice began reverberating across the north country.

As the state police investigation continues, so does the grieving process, now 21 days in, for Treyanna’s father, stepbrother, uncles, grandmother, cousins and friends.

Booklets passed to those convened outside the community center contained poems and photographs of a smiling Trey.

“Those we love remain with us, for love itself lives on, and cherished memories never fade because a loved one’s gone,” a poem by Mary Alice Ramish reads. “Those we love can never be more than a thought apart, for as long as there is memory, they’ll live on in the heart.”

The bulk of the funeral administration costs, according to O’Leary representatives at the celebration, was covered through the state Victim Assistance Program. Gouverneur First United Methodist Church provided a luncheon for close friends and family members, and the Gouverneur Community Center waived the pavilion reservation fee for the gathering.

Flower arrangements were adorned with emblems reading “Class of 2020” and “Beloved Daughter.”

“I feel somewhat helpless because I can’t bring Treyanna back for him,” Rodney said, referring to his younger brother and Treyanna’s father, Cedric Summerville. “Our whole lives, me and my brother have always been close. Whatever he needs I’m here. I’m going to do everything I can.”

The “coming home,” as Cedric put it, marked a day of reflection, of positive energy, all for Treyanna.

Gouverneur students and community organizers designed #Justice4Trey T-shirts just days after the 18-year-old was reported dead, with proceeds from T-shirt sales in the community and at rallies supporting a scholarship fund being established in her memory and travel expenses for her Seattle-based family.

The T-shirt sales, an online fundraiser and individual donations have collected a total of nearly $6,000 for Treyanna’s scholarship and family, organizers said Saturday.

In the three weeks since 300 people cried and sang during Treyanna’s first vigil June 22, the Gouverneur community has mourned and rallied. About 50 students and family members revisited the vigil site at the village park June 26, after Gouverneur High School’s graduation. Some 200 people silently marched through the village June 27, and about 50 people rallied July 1 in front of the Department of Social Services building and Child Protective Services offices in Canton.

And every day of the last three weeks, Treyanna’s friend and classmate Alexis Stevens said she has re-read a passage from David J. Pelzer’s 1995 memoir “A Child Called ‘It.’”

“Childhood should be carefree, playing in the sun; not living a nightmare in the darkness of the soul,” Alexis read.

Alexis and Taylor Hance both studied with Treyanna through the St. Lawrence-Lewis BOCES criminal justice program. The two 2020 GHS graduates, who previously spoke to the Times about the abuse and neglect they suspected and reported Treyanna to have endured in her home, said their friend didn’t have a carefree childhood.

Yet Treyanna was “bubbly” and “truthful,” according to her friends. And Taylor said the words “grace” and “selfless” come to mind when she thinks of Trey.

“If she took five steps forward and you took three steps back, she’d take eight steps back,” Taylor said. “To be beside you.”