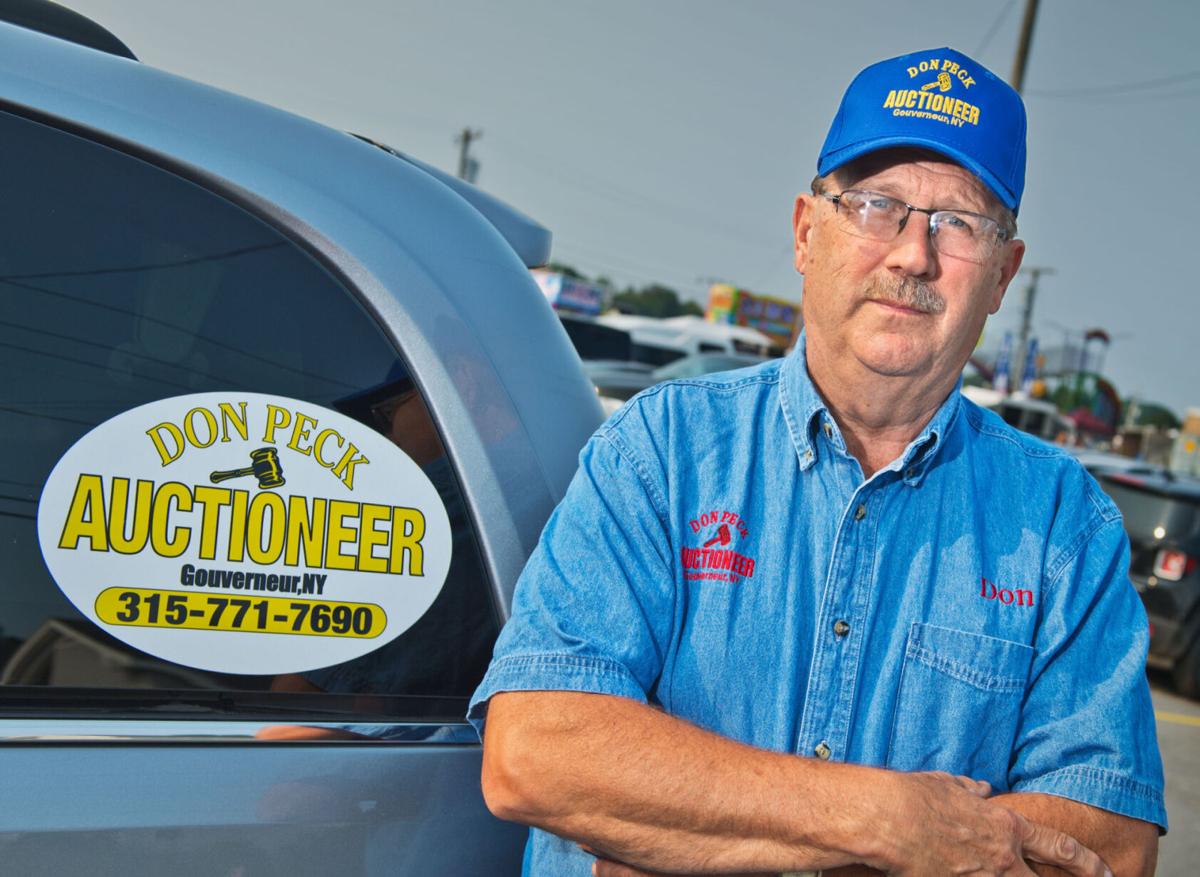 Auctioneer Donald Peck of Gouverneur will host a Facebook Live auction on Aug. 17 to benefit the Minna Anthony Common Nature Center, on Wellesley Island. Mr. Peck, who has seen the popularity of online auctions explode, is volunteering the time for the event. Christopher Lenney/Watertown Daily Times 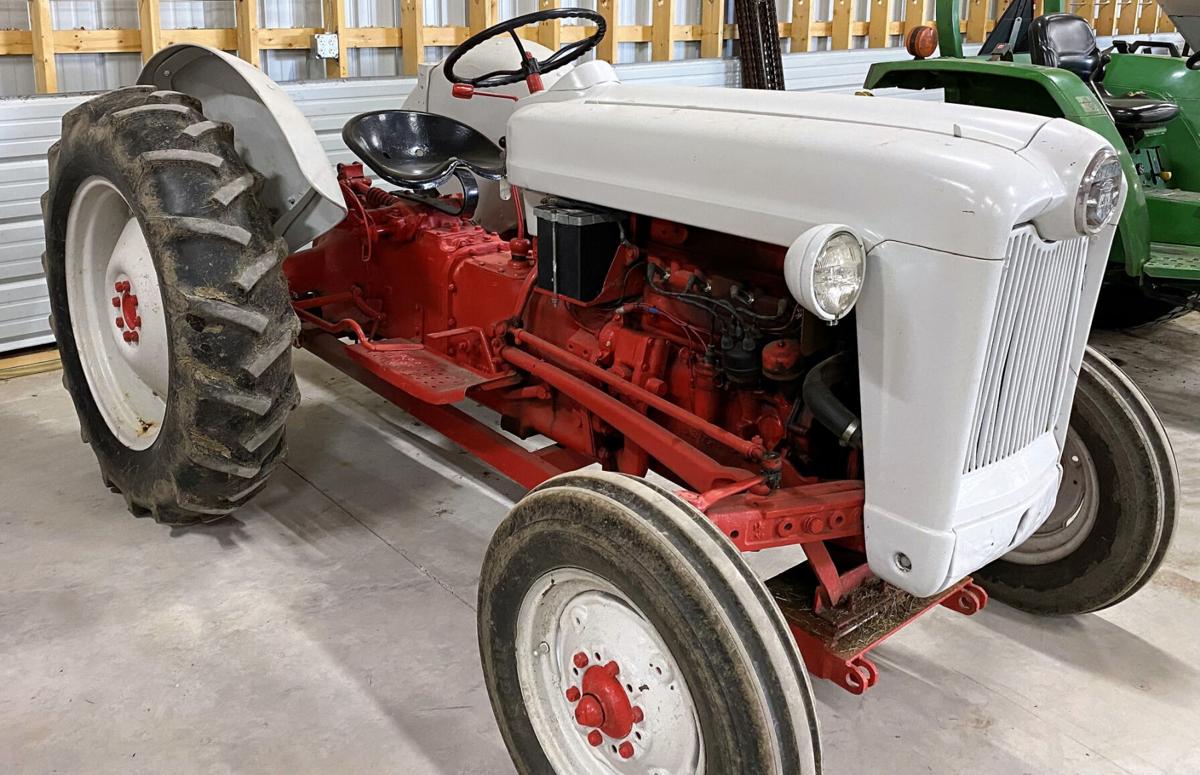 An anonymous donor gave this vintage 1955 Ford farm tractor, model 600, to the Friends of Minna Anthony Common Nature Center for its Aug. 17 Facebook Live auction. Friends of the Nature Center 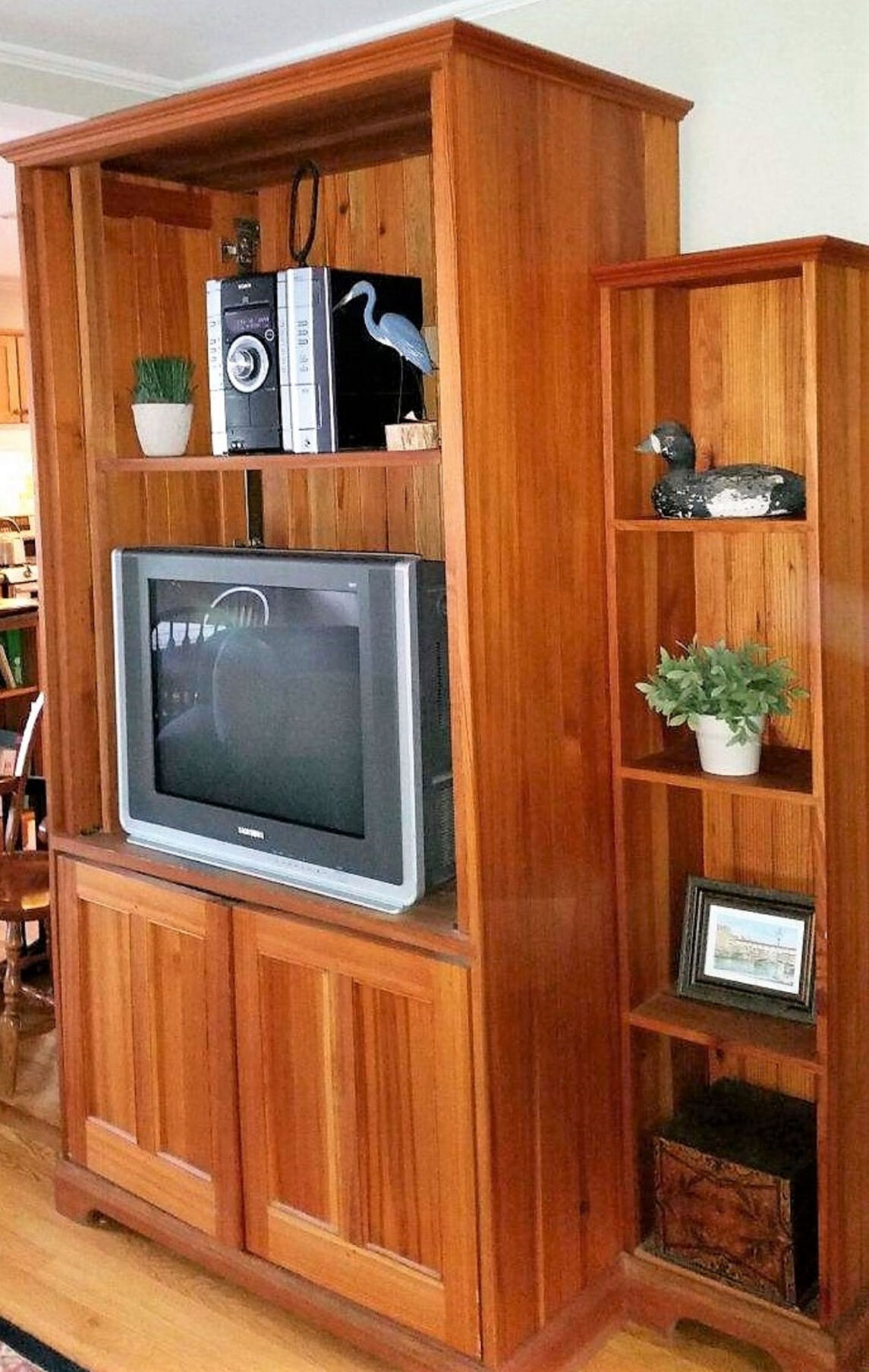 This cabinet is one of the items scheduled to be bid upon at the Friends of Minna Anthony Common Nature Center’s Facebook Live auction. It was constructed by an older cabinet maker who did not use hardware. “This cabinet is a rare find has no metal hinges, etcetera,” said auction organizer Darlene Sourwine. The cabinet has doors that close over its front. Friends of the Nature Center 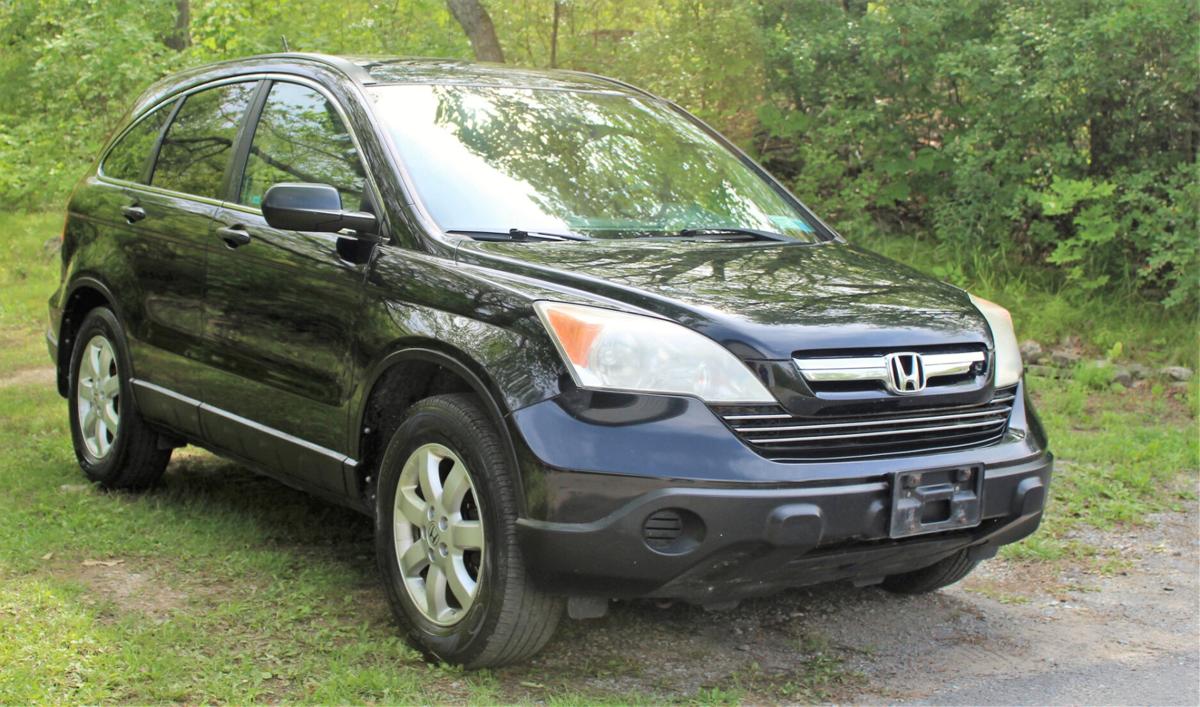 This 2009 Honda CRV is one of the items up for auction at the Aug. 17 Facebook Live auction to benefit the Minna Anthony Common Nature Center. Friends of the Nature Center 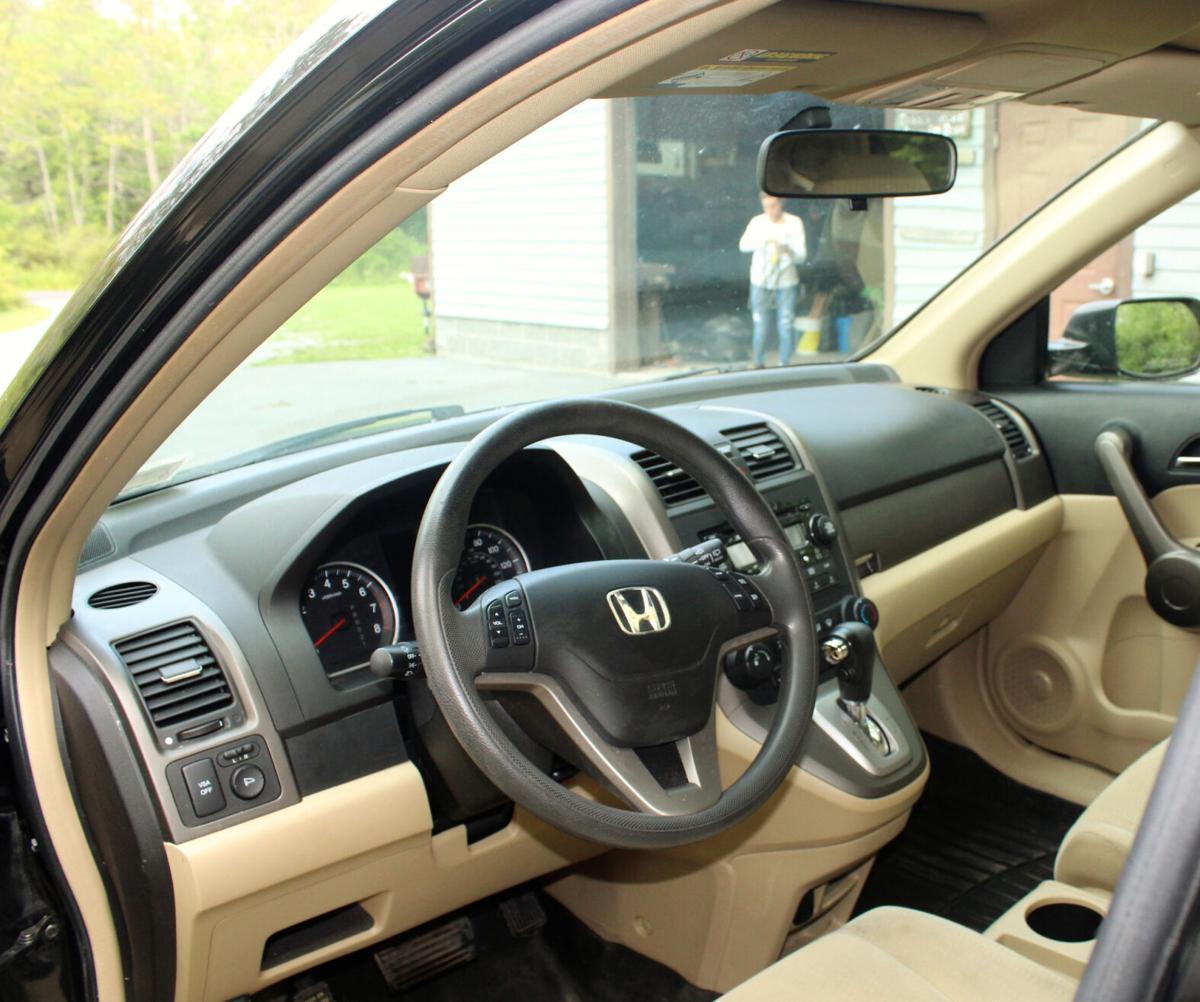 The donated Honda CRV to be auctioned has 100,301 miles on it. Friends of the Nature Center 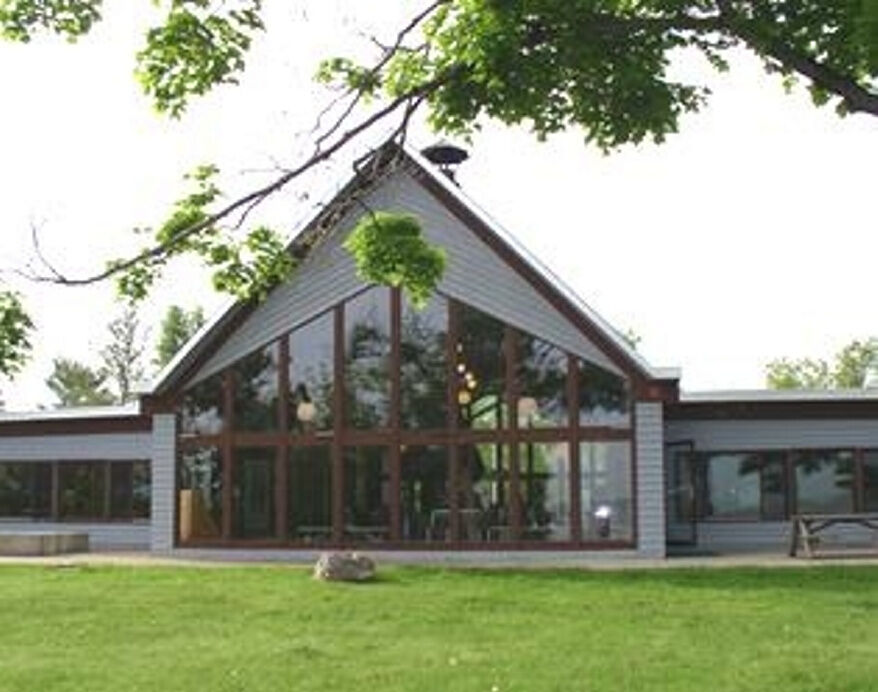 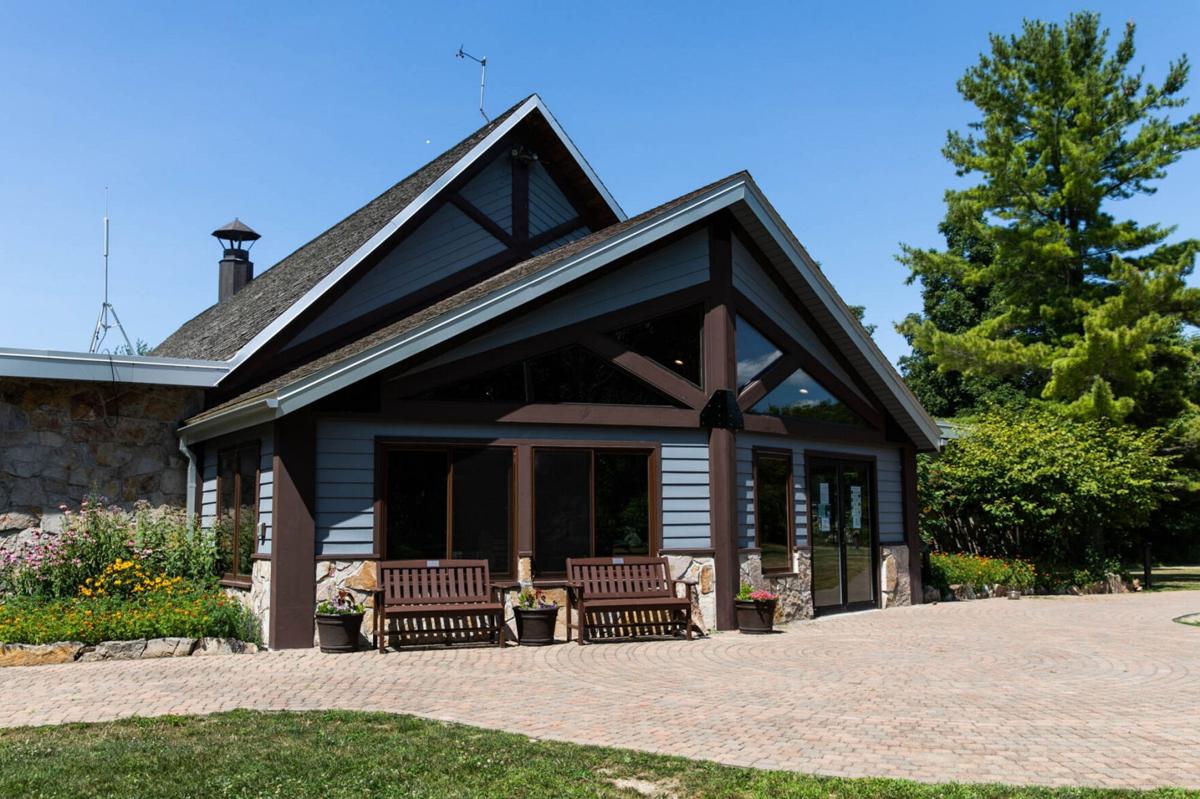 Auctioneer Donald Peck of Gouverneur will host a Facebook Live auction on Aug. 17 to benefit the Minna Anthony Common Nature Center, on Wellesley Island. Mr. Peck, who has seen the popularity of online auctions explode, is volunteering the time for the event. Christopher Lenney/Watertown Daily Times

This cabinet is one of the items scheduled to be bid upon at the Friends of Minna Anthony Common Nature Center’s Facebook Live auction. It was constructed by an older cabinet maker who did not use hardware. “This cabinet is a rare find has no metal hinges, etcetera,” said auction organizer Darlene Sourwine. The cabinet has doors that close over its front. Friends of the Nature Center

The donated Honda CRV to be auctioned has 100,301 miles on it. Friends of the Nature Center

FINEVIEW — An auction format that has exploded in popularity for a veteran auctioneer will benefit the Minna Anthony Common Nature Center when the Facebook Live event is hosted on from 6 to 9 p.m. Aug. 17.

Proceeds from the auction will go to support the Friends of the Nature Center Inc., the nonprofit partner that supports the establishment.

The Minna Anthony Common Nature Center on Wellesley Island is one of the largest nature centers in New York’s state park system. It sits on a 600-acre peninsula of Wellesley Island in the middle of the St. Lawrence River. Its 8 miles of hiking trails and 7 miles of cross-country ski trails are a facility highlight.

Among finds applied to the project, “The Friends” raised nearly $900,000 through grants and donations.

The plan for the benefit auction has been in the works for less than two months, but organizer Darlene M. Sourwine, outreach coordinator at the nature center, has been overwhelmed by the public support.

“It’s been quite amazing how the community and everybody has been reaching out,” she said.

But it was happenstance that sparked the idea for the auction.

Mrs. Sourwine and her husband, Stephen C., are dairy farmers in Alexandria Bay. They often purchase equipment from auctioneer Donald Peck of Gouverneur. Mr. Peck has been doing Facebook Live auctions since last spring, when lockdowns began during the pandemic.

Mr. Peck was one of the sponsors for A Night for Nature held July 8 at the center when the community got together to support the center and enjoyed food, drink and music by the Buoy Rockers.

“I talked to our nonprofit board and said, ‘Let me run with this,’” Mrs. Sourwine said. “They said, OK,’ and my gosh, this has been amazing how people are finding out. They’re coming out of the woodwork.”

Mrs. Sourwine has been posting fliers in the Alexandria Bay and Clayton areas.

“I’ve had calls for amazing donations,” she said.

Among them: a 2009 Honda CRV with 100,301 miles and a vintage Ford farm tractor. The CRV was donated by Reid Beadel. The donor of the tractor wishes to be anonymous, Mrs. Sourwine said.

There are two drop-off locations, with specific times, where and when items can be dropped off. Volunteers will staff the locations. The locations are the Wellesley Island State Park, at the parking lot near its entrance, on the left before the toll booth and at the Town of Alexandria Bay Recreation Center, 39 Bolton Ave.

Mr. Peck has been a licensed auctioneer since 1972. Up until early 2020, he hosted regular in-person auctions at his Gouverneur auction house. They were held weekly in the warmer months, and biweekly in January, February and March.

“When corona hit, I had like four estates in my warehouse ready to sell during the winter months,” Mr. Peck said.

But the pandemic prevented public gatherings.

“So, I tried one night to try a Facebook Live auction,” he said.

He prepared about 10 “small items” from his home and went live.

During a live, in-person auction, he said, he would usually get 75 to 100 people.

“Prices were selling very good, so I attributed that to unemployment and people getting some funds and wanted something to do,” Mr. Peck said. “So now, I’m doing all my auctions that way. I’m having, on average, between 200 and 250 followers per auction, with some as high as 600.”

Most of Mr. Peck’s successful bidders are local residents who pick up their goods. It’s very rare when the auctioneer has to mail something out of the area.

“I’m pretty much doing everything on Facebook Live now, unless somebody wants to do it the other way,” he said. “I can also go right into your home. The key is having internet service. I need Wi-Fi. I can sell your furnishings right from your living room, your bedroom. I just walk through the house and sell them. People come and pick them up the next day. It’s working very well.”

“I’m at the age where I kind of want to start talking about retirement and I’m probably working harder now than I ever have anytime during the auction business,” he said.

It’s not unusual for Mr. Peck to donate his auctioneering skills to a nonprofit. He’s done auctions for organizations such as the Gouverneur Elks and Lions, the Gouverneur library, Friends for Paws and St. James Catholic Church in Gouverneur.

Mrs. Sourwine said she believes the popularity of the planned auction at the center relates to the roots it has established in the community, as people who hear about the auction share their memories about it and what it means for the river community.

“Even my husband grew up coming here,” she said. “He’s been a big part in helping me and verbally getting the word out there.”

Mrs. Sourwine has also been a longtime supporter of the center and its “Friends” group.

“I’ve watched for years all the wonderful things this nonprofit has done for the Nature Center, the school programs, along with all the other year round family and environmental educational programs,” she said. “It’s wonderful how the state and the Friends have teamed up to make the Minna Anthony Common Nature center a place you want to make a part of your life, always.”

The center is named for Minna Capron Anthony Common. Her Anthony family ancestors were among the early settlers of the town of LeRay in 1803 and moved to the town of Pamelia in 1837 and later to Watertown. Catherine C. Johnson, a noted artist, naturalist and matriarch of the Johnson newspaper family, was a daughter of James Allison and Minna. Mrs. Johnson, who died in 2004, was a leader in the creation of the Friends of the Nature Center.