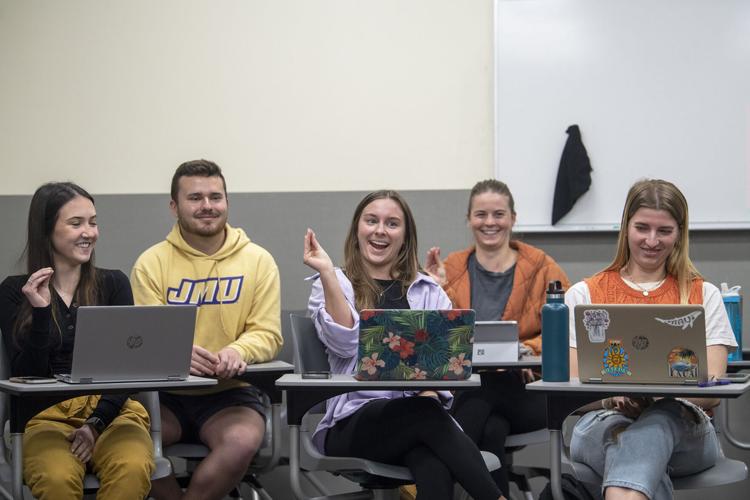 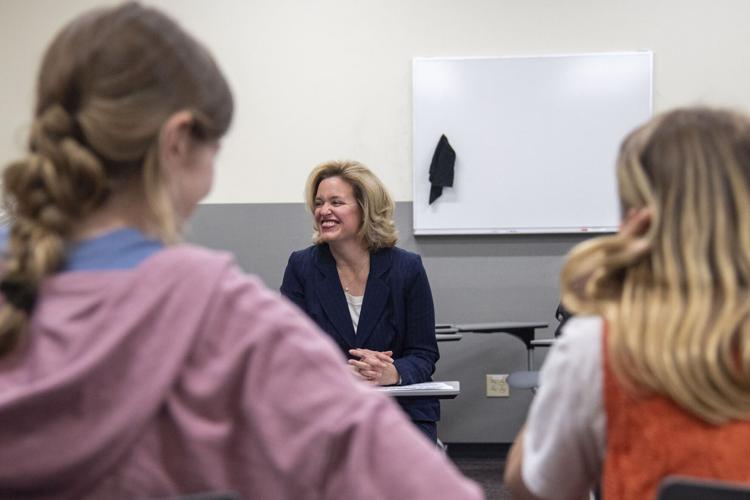 Professor and speech pathologist Elizabeth Grillo works with her speech pathology students on Wednesday at West Chester University. She is the only West Chester professor to have received two NIH grants for her work. (Jose F. Moreno/The Philadelphia Inquirer/TNS)

Professor and speech pathologist Elizabeth Grillo works with her speech pathology students on Wednesday at West Chester University. She is the only West Chester professor to have received two NIH grants for her work. (Jose F. Moreno/The Philadelphia Inquirer/TNS)

PHILADELPHIA — Managing a classroom takes a lot, including a strong voice that can lift over the chatter of 30-some students.

Enter Elizabeth Grillo, a professor at West Chester University, in Chester County, Pa., whose research centers on helping teachers adjust their voices to avoid strain — and that’s no small thing, considering that studies show more than half of teachers will experience voice problems during their career.

Grillo, a speech-language pathologist, has the distinction of being the only West Chester professor to have received two grants from the National Institutes of Health for her work, totaling $797,000.

She got her first NIH grant in 2015 and used it in part to develop a comprehensive voice-evaluation smartphone app, VoiceEvalU8, that allows teachers to record their voices across multiple days at different times. Speech pathologists then can listen to the recordings, which pick up “acoustic, perceptual, and aerodynamic” data, and diagnose problems.

Teachers, Grillo said, have the highest risk among occupations for developing voice problems, such as lesions on the vocal cords. They’re also more likely to reduce their interactions because of voice problems, and about one-fifth of teachers have missed work as a result.

Kate La Spina, 23, who teaches seventh and eighth grades, can attest to that. Sometimes her voice is so tired and strained at the end of the day that she can’t talk to anyone. And she’s in year one of her teaching career.

“Sometimes my parents would call me and I’d say ‘Can we text instead?’” she said. “I would actually modify my instruction based on how my voice was feeling.”

She totally lost her voice the week before spring break, so she hung a sign around her neck — “laryngitis, can’t talk” — and used Google translator to communicate with her students, typing her message and letting her smartboard talk for her. She recently bought a voice amplifier to ease the strain on her voice.

Having to wear masks because of the pandemic also made voice projection more challenging, she said. That’s been on Grillo’s radar, too. The best voice to use through masks is “oral twang,” Grillo said. Simply put, there are different levels of voice, and oral twang requires the narrowing of parts in an upper level to preserve the so-called basement where the vocal folds vibrate. Oral twang creates a piercing sound and allows for prime projection, while lessening the strain on the voice, she said.

“It’s a way to project your voice in an efficient, healthy way while preserving vocal fold vibration,” she said.

Sometimes “the belt” — or yelling — is needed, but there’s a healthy way to do that, too, she said.

Grillo has instructed and monitored student teachers at West Chester as part of her research. She found that those who got the training fared better, voice-wise. Teachers need to master the use of multiple voices to be effective, she said. It takes about three weeks of training.

“They need a good voice for one-on-one communication with students,” she said. “They also need a voice to get loud over noise of the classroom, and they need a healthy voice to yell on the playground, in the gym, in the cafeteria.”

And, lastly, they require a voice to talk quietly and confidentially with students so that no other students can hear, she said.

It’s critical that teachers’ voices are preserved, and not just for them, Grillo said. Research has shown students’ learning is hindered in classrooms where teachers have voice problems, she said.

Grillo is developing a second app, called VoicePractice, through her other NIH grant, which came in 2021, that will allow teachers and others to practice healthy ways of using their voices.

“We need to do a better job of preparing our future generation of teachers so that their voice can be effective in the classroom,” she said. “That’s my goal.”