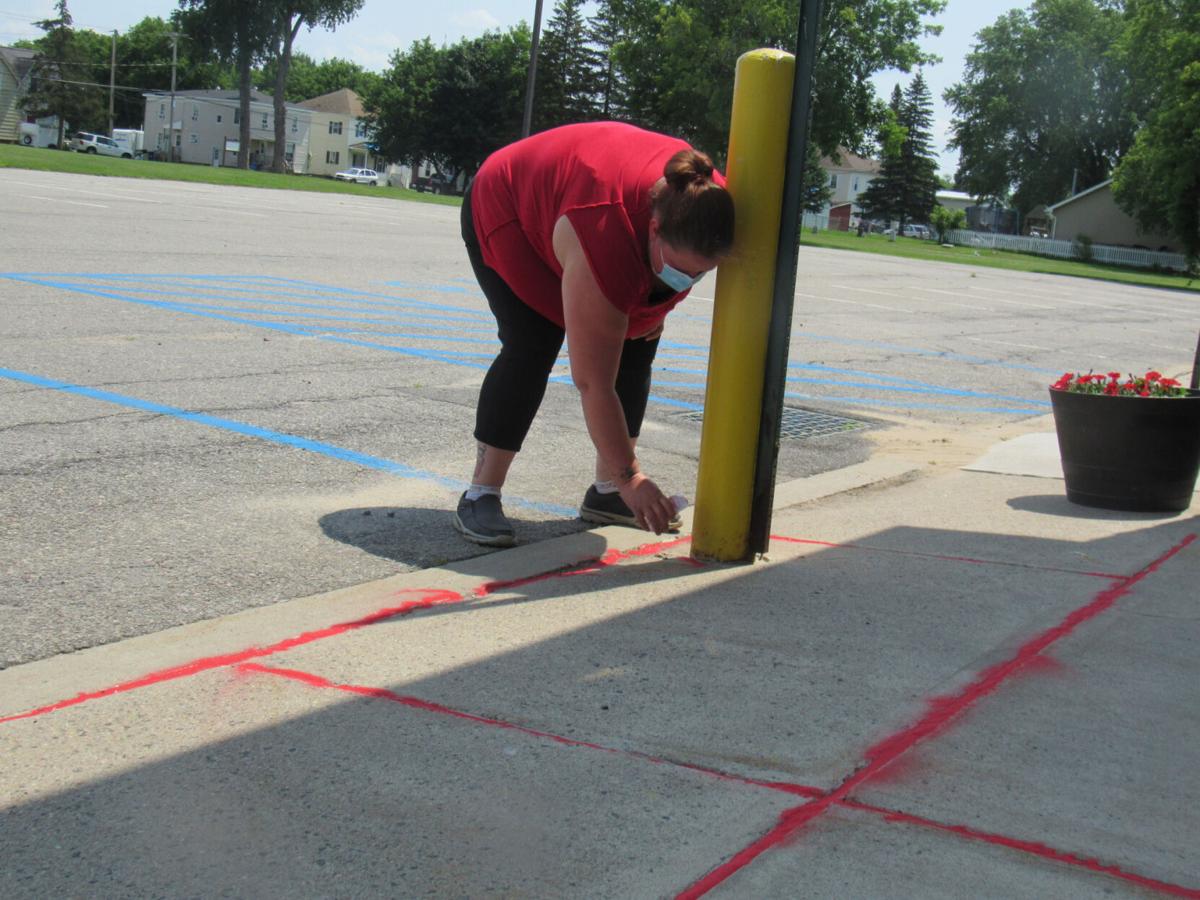 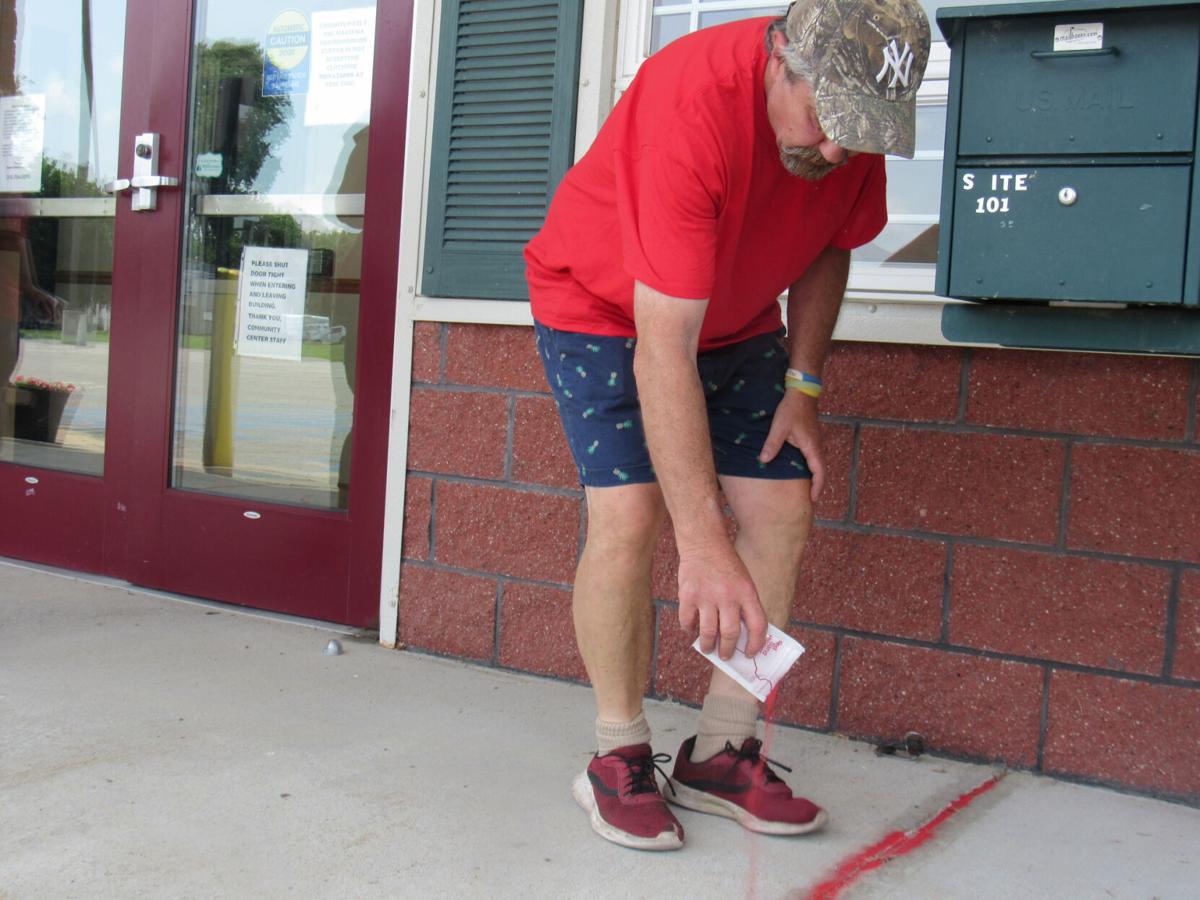 Tim Hoag, a volunteer with the Massena Neighborhood Center, sprinkles red sand along the sidewalk cracks at the Massena Community Center as part of the Red Sand Project. Bob Beckstead/Watertown Daily Times 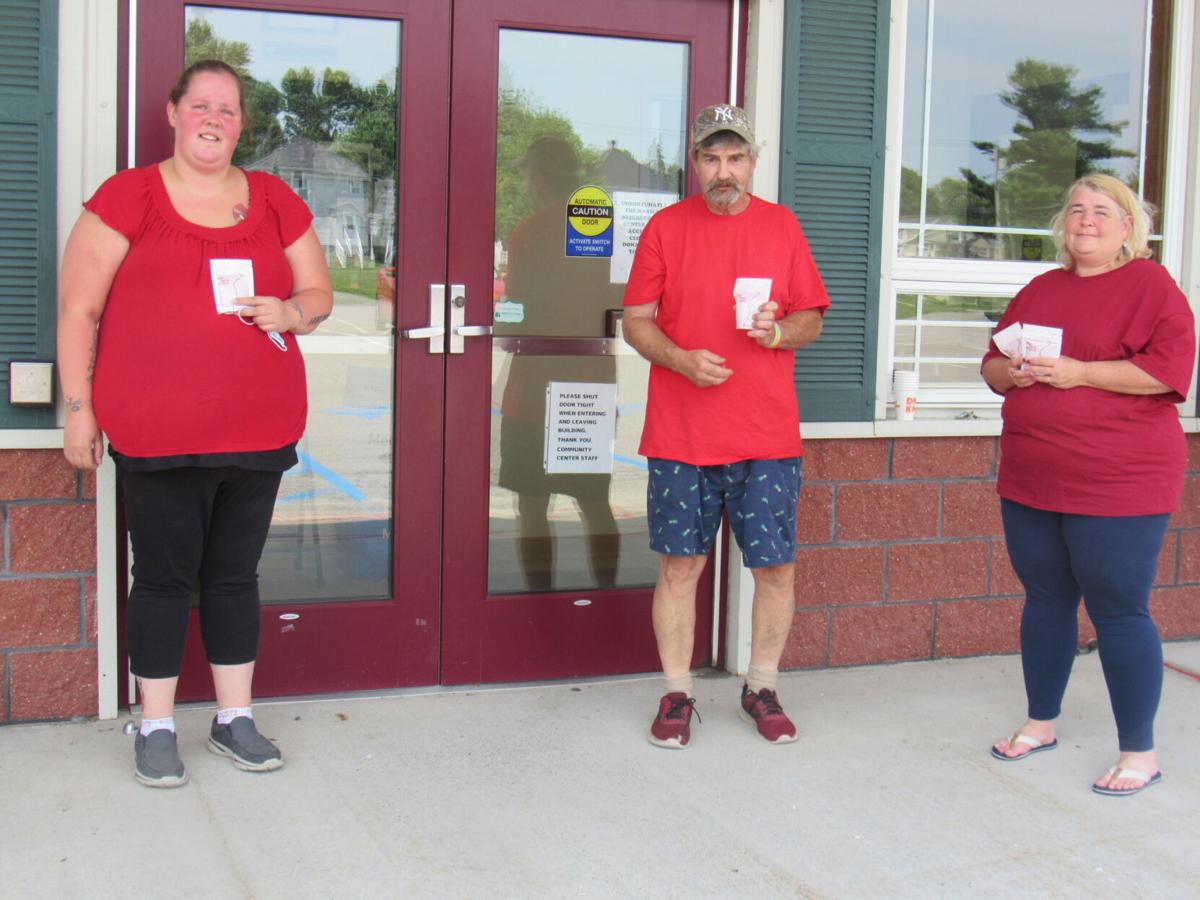 Tim Hoag, a volunteer with the Massena Neighborhood Center, sprinkles red sand along the sidewalk cracks at the Massena Community Center as part of the Red Sand Project. Bob Beckstead/Watertown Daily Times

MASSENA — Red sand sprinkled in the sidewalk cracks at the Massena Community Center on Thursday had special significance.

The sand was spread as part of the Red Sand Project, a participatory artwork that raises awareness of vulnerabilities that can lead to human trafficking and exploitation.

An estimated 40.3 million people are in slavery worldwide, and the red sand brings attention to their plight.

“Each grain represents somebody who has slipped through the cracks,” Massena Neighborhood Center Director Emily LaShomb said.

The project was started by Molly Gochman, an artist and activist in December 2014. Participants are invited to fill sidewalk cracks with red sand or other materials, then share an image of their transformation with the global community using the -RedSandProject.” Since the project’s launch in 2014, sidewalk interventions and convenings have taken place in cities across the United States and throughout the world.

Ms. LaShomb said this is the second time they’ve participated in the effort.

“Kristin Colarusso-Martin did it one year with the school. She asked if I wanted to join the initiative. I was so impressed by it,” she said.

The red sand and packets to fill with the sand are ordered from the organization. There’s no charge except to pay for the cost of shipping. Ms. LaShomb said she ordered the box of sand and 50 bags that could be used on Thursday.

“You get sand on your own accord,” she said.

Using -RedSandProject” on her social media page, others were invited to participate.

“People see my hashtag and if they want to do it, they order their own sand,” she said.

Photos and videos are also posted using -RedSandProject” so others can see who has participated and where.

The sand is easily cleaned up by sweeping or vacuuming, and it also will wash away in the rain or with water just like the sand at the beach. But, before it’s gone, it shares the important message that slavery still exists and it impacts more than 40 million people worldwide.

More information about the project can be found at www.facebook.com/redsandproject and www.redsandproject.org.