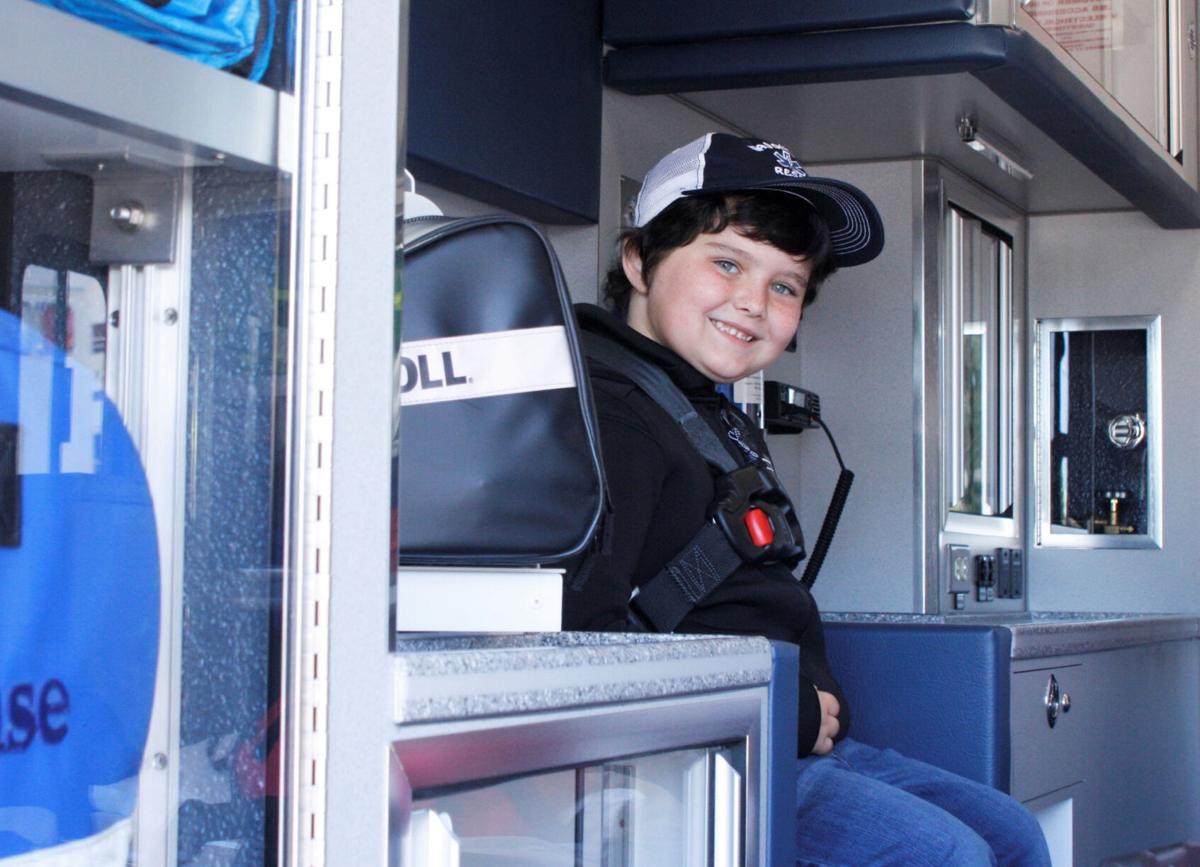 Maximus Miller, 7, prepares for an ambulance ride after receiving a Lifesaving Award from the St. Lawrence County Office of Emergency Services on Monday morning in Waddington. Max made calls for help on May 14, when his mother had a seizure in their car. Ellis Giacomelli/Watertown Daily Time 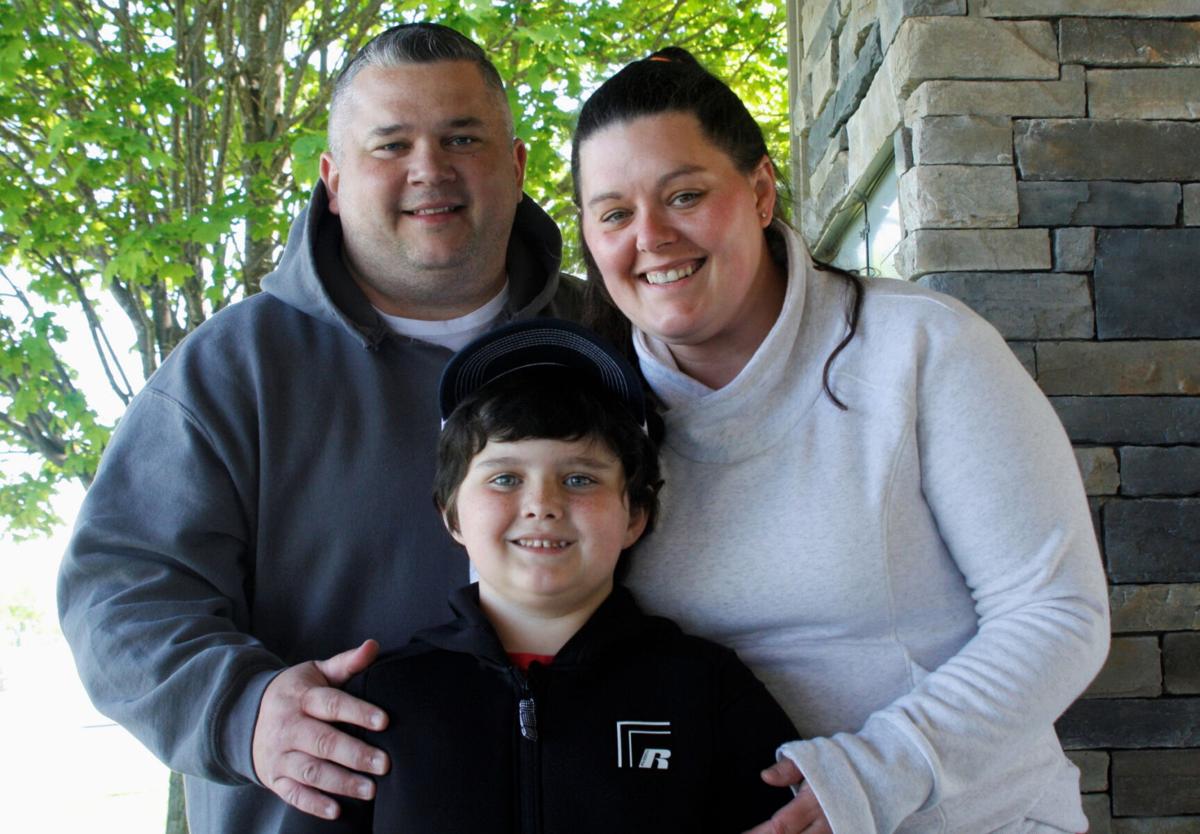 Maximus Miller, 7, prepares for an ambulance ride after receiving a Lifesaving Award from the St. Lawrence County Office of Emergency Services on Monday morning in Waddington. Max made calls for help on May 14, when his mother had a seizure in their car. Ellis Giacomelli/Watertown Daily Time

WADDINGTON — With car engine running and seat belts buckled, Wendy J. Miller was about to drive to Madrid to visit her mother.

It was May 14, and 7-year-old Maximus was accompanying his mom.

“I had the seizure before taking the car out of park,” Mrs. Miller said.

In the 24 hours that followed, Mrs. Miller was treated at Claxton-Hepburn Medical Center in Ogdensburg, and has since recovered. The 34-year-old on Monday stood under the pavilion at Waddington’s Island View Park with her husband, Troy A. Miller, and the emergency responders who first treated her. The Waddington Volunteer Rescue Squad was heroic, Mrs. Miller said, but another superhero was among them: Max.

Max, who is finishing first grade at Madrid-Waddington Central School this year, waited with his unresponsive mom and dialed his grandparents until they answered and rescue was dispatched.

Mrs. Miller is a trained emergency medical responder, and Mr. Miller is a sergeant for the state Department of Corrections and Community Supervision. They both said Max is becoming versed in emergency response and is familiar with his mom’s epileptic seizures.

At work that day, Mr. Miller was called by his sister-in-law, and he made it to the hospital before the ambulance arrived. Watching his son shake hands with volunteer and professional responders this week, Mr. Miller said he was incredibly proud.

Some 50 people — including medical and fire personnel from Waddington and Madrid — lined up to greet Max. Waddington Rescue fitted a squad hat on his head, and St. Lawrence County Emergency Services Director Matthew R. Denner Sr. presented the 7-year-old with a Lifesaving Award.

Mr. Denner on Tuesday said kids can be afraid of fire and EMS personnel, fearfully associating the responders with the emergencies they handle.

“Everybody’s quick to point out when a kid does something wrong,” Mr. Denner said. “But I think it’s important to also recognize when kids do right.”

He added that Max’s recognition signals to others, especially kids, the importance of calling for help in a medical emergency.

Like most 7-year-olds, Max has a collection of dream roles he one day hopes to fill. He may be a farmer, a train conductor, a Navy service member or a doctor, his parents said smiling.

Waddington Rescue volunteers gave Max the choice of learning about the inner workings of an ambulance or a fire truck. He chose to ride in an ambulance with his parents, flashing a thumbs up as his ride began.