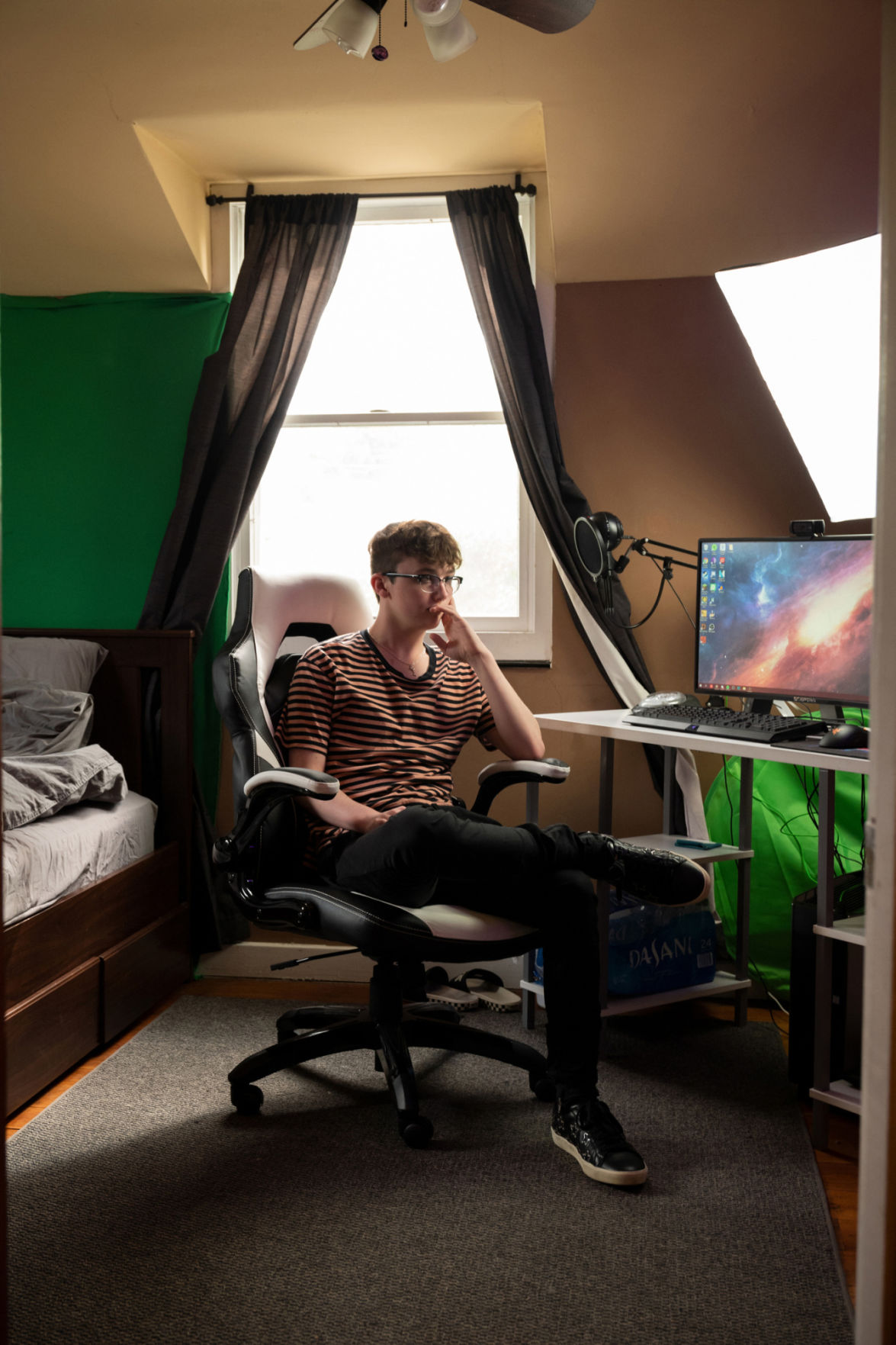 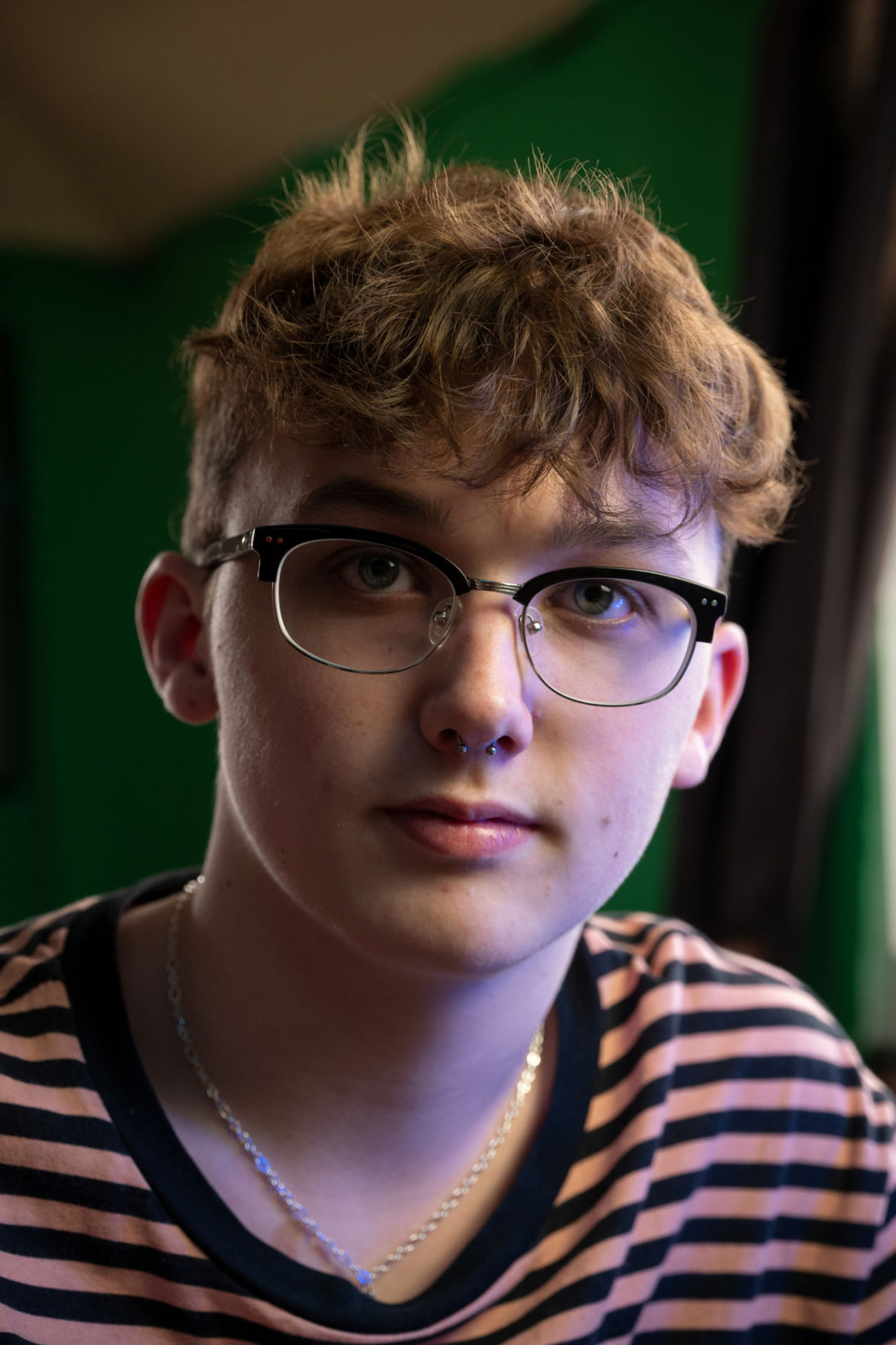 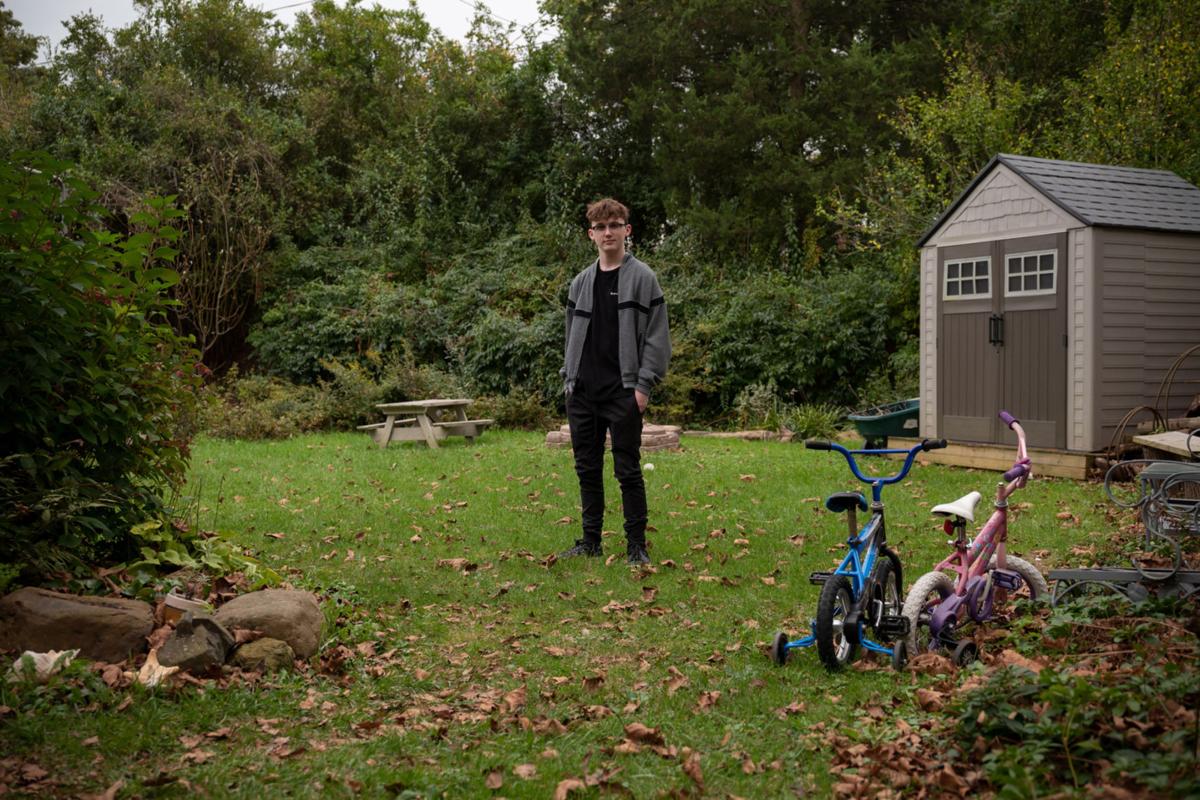 For years, Rowan Winch was nothing if not online. Each day his alarm went off at 6 a.m. and he would roll over in his twin bed, grab his iPhone and start looking for memes — viral images and videos — to share on Instagram. He’d repost a handful to his suite of popular accounts before getting into the shower. Afterward, he would keep searching, and posting, until it was time to board the bus for school.

On the way to his high school in suburban Pennsylvania, Rowan would curl up in a seat, mining the internet for content. The point was not always quality but quantity. Between classes, at lunch, during study hall, he would keep his social media empire running with new images and videos. (His school has a relatively relaxed cellphone policy.) Rowan’s target, at the time, was 100 posts a day. (By comparison, the New York Times publishes around 250 pieces of original journalism each day, though some of those posts take longer to make.)

When he got home, Rowan would turn on his laptop and sit in front of the glowing screen for hours, or flop onto his bed, his phone hovering above his face. His Instagram feed flashed before him like a slot machine. His most popular account, @Zuccccccccccc, taking its name from Facebook’s chief executive, had 1.2 million followers. If his posts were good, his account would keeping growing. If he took some time off, growth would stall. Rowan, like most teenagers on the internet, wasn’t after fame or money, though he made a decent amount — at one point $10,000 a month and more, he said. What Rowan wanted was clout.

On the internet, clout is a social currency that can be used to obtain just about anything. Rack up enough while you’re young, and doors everywhere begin to open. College recruiters notice you. Job opportunities and internships come your way. Your social status among peers rises, money flows in. Even fame becomes a possibility, if that’s what you’re after.

“I want to have enough clout to be recognized for who I am, but I don’t ever want to see myself like a famous person,” Rowan said one day in his bedroom. “I just want to be able to have connections everywhere and be financially secure and monetize what I like doing.”

Rowan’s economy was a primarily teenage one. Mostly he sold ads on his Instagram to other teenagers looking to promote their own pages, apps or online storefronts. He negotiated deals through direct messages on Instagram and posted about 10 ads per day — some in the form of comments, links and images — on his various accounts. The profits supported his lifestyle; he bought Saint Laurent sneakers, an iPhone XR, a Gucci wallet. He planned to purchase a Tesla next year, when he’s eligible to get his driver’s license.

As his meme accounts grew in popularity, so did his status. Rowan became a popular figure in online communities. He founded his own Discord server with more than 33,600 members, nearly all of them between the ages of 14-18. (Discord is a social network and chat interface that is popular with gamers, YouTube stars and internet celebrities who use it to connect with their audiences.) Some high-profile artists and influencers followed Rowan on Instagram, and they struck up friendships. Ski Mask the Slump God, a SoundCloud rapper, invited Rowan backstage at a show.

On July 26, 2019, Rowan’s world turned upside down. He was lying in bed around 11 p.m., refreshing Instagram, when he got a notification: @Zuccccccccccc had been disabled.

He figured it had happened by mistake. His page had been wrongly penalized before; he’d regained access through appeals to the company. That wasn’t the case this time, and he wasn’t alone: Instagram had shut down dozens of popular meme pages without warning or reasoning.

“A lot of my friends think I’ve become depressed, and I think that’s right,” Rowan said. “I’ve been feeling insecure about a lot of things, like how I look and act and talk. I talk a lot less than I used to. I’m a lot less confident. Losing my account is the main reason I feel like this. With @Zuccccccccccc, it felt like I had a purpose and was doing something that benefited a lot of people, and now I kind of just feel — I feel lost.”

“He’s not in a healthy state, in my opinion,” said his mother, Naomi Winch, who once became so frustrated with his phone use she threw his phone out a car window. His parents have tried to get him to engage with life offline. They’ve urged him to get an hourly job at the hot dog shop by their house, just for social connection. “Any extracurricular activity, sports or a physical job, not selling something on the internet,” Winch said.

But he loves the internet. He created a Discord server called The Fallen with over 200 other teenagers whose meme accounts were also deactivated, mostly in two major waves over the last 12 months. He started a podcast. He still posts to his personal Instagram account, with 60,000 followers, and two other meme pages with 120,000 followers and 197,000 followers. But losing @Zuccccccccccc was like suddenly getting fired from a big job. Rowan’s identity was so intertwined with the page, he’s still trying to figure out who he is without it.

Lately, he’s been thinking he might become a YouTuber. He is inspired by creators like CallMeCarson and PewDiePie, whose specialty is commentary. He has posted four 20-minute videos to his own channel so far. But programming for YouTube is a lot different than Instagram. “My main issue is coming up with ideas of what to talk about,” he said. So far, he’s tackled Instagram and mental health; both videos received positive responses.

His followers haven’t abandoned him. He wants to be there for them, too. Because at the end of the day, his work isn’t about jokes, or money, or fame, or even clout. It’s about connecting. “It’s made me understand people much more,” Rowan said of his meme account. “It’s made me a lot more exposed to what’s going on in the world.”

In the meantime, he’s focused on rebuilding his online influence. “With YouTube I want to get big enough so the people that inspired me are my friends. It was like that with my meme pages,” he said.