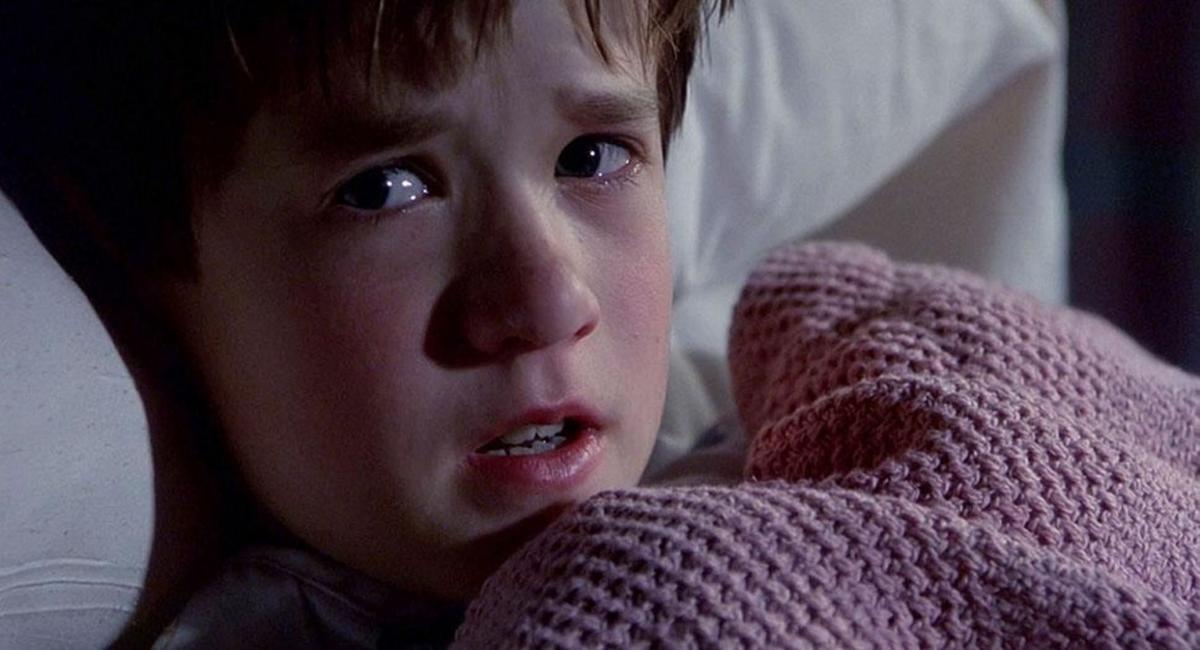 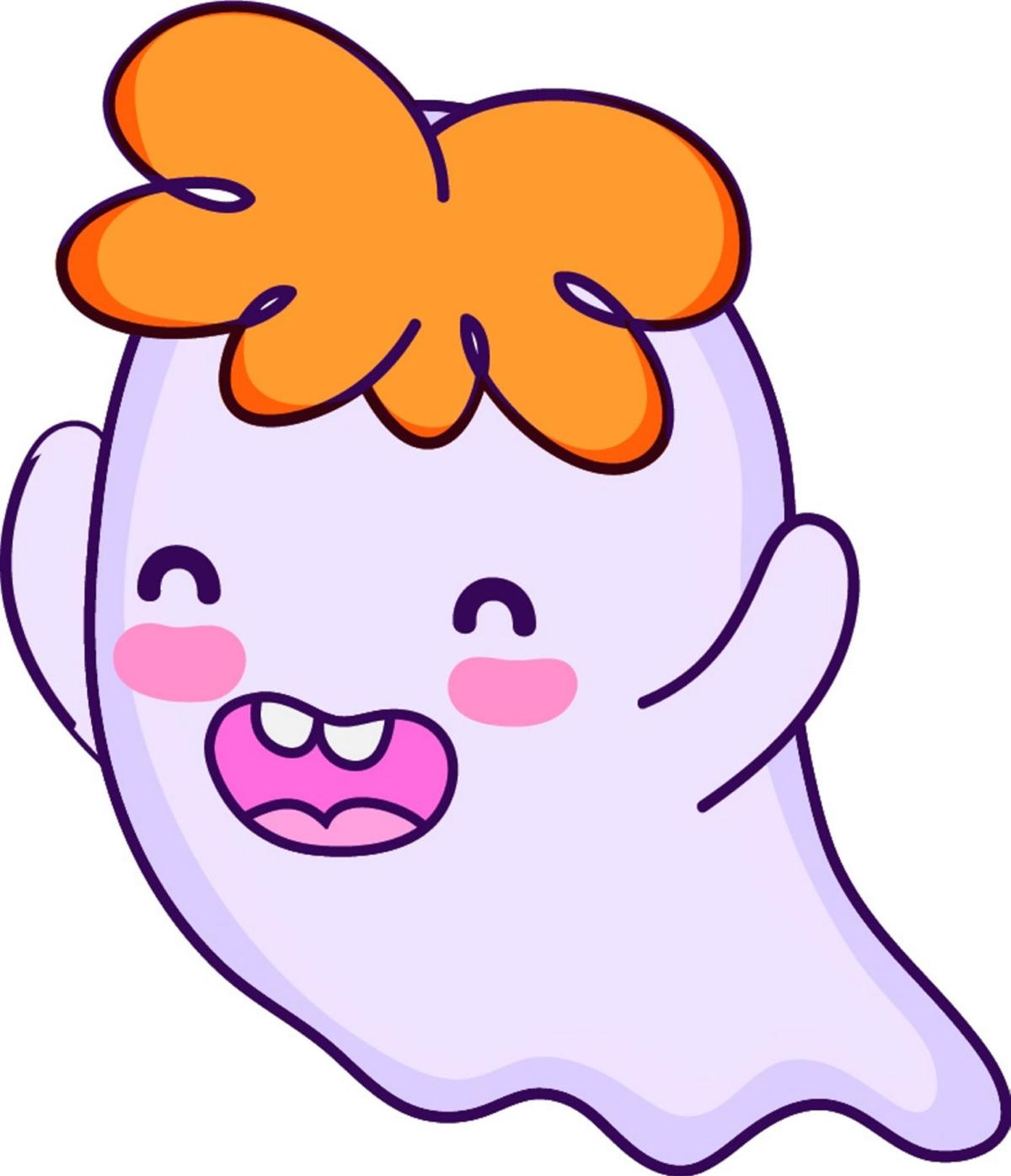 A friendly ghost may not be so scary to imaginative children. Vecteezy

In the spirit of Halloween, prepare yourself for my spookiest story: When I was about 3, my mother took me to her friend Donna’s farmhouse. As the grown-ups sipped tea in the kitchen, I played freely throughout the house — this was the ’80s — until reporting back with some alarming news: A little girl was crying at the top of the stairs. Mom dismissed it as just my imagination while Donna’s face turned white. She just remembered what her daughter, long grown up and moved out, used to see and say as a child: a little girl crying at the top of the stairs.

I don’t remember any of this, of course. Three decades later, this un-fact-checkable story has gone the way of many campfire tales. It’s mostly fun and only partly scary, though firm proof for this undeniable truth: Children are spooky little creeps who see ghosts, report past lives and chat at night with dead relatives.

If you don’t feel like sleeping tonight, I suggest heading over to Reddit and falling down a terrifying rabbit hole. Jezebel collects and publishes an annual list for Halloween that will haunt you for the rest of the year. Turns out kids see ghosts all the time.

When I fished for stories in my local moms’ group, dozens of moms delivered in spades: a little boy who saw “zillions of people” walking slowly through an empty cemetery; a 2-year-old who reported “Grandma’s in the sky with Pappy!” minutes after her grandmother’s death; and a child’s especially disturbing imaginary friend named Suzy — her father’s late first wife.

The phenomenon of kids (allegedly) seeing ghosts thrives online, but no matter how improbable or unprovable, the volume of these stories alone is enough to make scientists take notice.

“There are admittedly lots of reports of kids seeing ghosts,” says Jacqueline Woolley, psychology professor at the University of Texas. Woolley’s research dives deep into children’s evaluation and understanding of reality vs. the fantastical. She revels in my tale about the girl on the stairs: “That’s enough to make you believe that it’s real — for about a millisecond,” she says.

Though good Halloween fun, there are many holes in stories like mine, Woolley says. Namely, the brain.

“Our minds naturally make connections between events, whether they’re connected or not. The brain pays attention to evidence that fits our theory and ignores the evidence that doesn’t fit,” she says.

For example, it’s far more likely that a child overheard the name “Suzy” a hundred times than the undead Suzy lingers in this realm for an eternity of tea parties.

Next, consider children’s fertile imaginations and you could easily argue that Suzy is not a ghost but actually an imaginary friend. “We know that between a third and two-thirds of children have imaginary companions,” says Charles Fernyhough, a psychologist at Durham University, where he investigates the phenomenon of hallucinations. Not too long ago, imaginary friends were considered a precursor to mental illness; now we know they’re a positive sign of healthy child development. “Now adults come to me concerned if their kid doesn’t have one,” he says.

Developmental psychologists such as Jean Piaget have been fascinated by the murky line between fantasy and reality for kids — whether it’s imaginary friends or dreams or, yup, ghosts. Old thinking assumed kids just couldn’t differentiate between what’s real and what’s not, while new thinkers such as Woolley believe “kids know full what’s real, even if it looks like they can’t tell the difference.” Fernyhough falls somewhere in the middle: “I think on occasion kids do mix up imagination and reality to have something like a hallucination-like experience.”

If you would never tell your child their imaginary friend isn’t real, or that they’re just imagining things or even lying, you should treat an encounter with a so-called ghost the same way. Which presents a strange question: How should you react if your little one reports a visit from the other side?

“You want to work with the emotion, not the ghost,” Woolley says. Now is not the time for a grown-up lesson on imagination vs. reality. “Because if they’re scared, it doesn’t matter anyway,” she adds.

Instead, Woolley suggests you “work within the fantasy” just like you might for a monster under the bed: “Engage with the kid as to what it looks like and what it does. Ask her if she’s scared of the ghost or if she likes it and if she’s seen it before.” A scary ghost can be tweaked as necessary — maybe you can help the child pretend he’s in old-timey underwear, for example — to become a friendly one. “Then it’s up to you as a parent to decide if you want to encourage or discourage this belief.”

My mother did the former, subscribing fully to the notion of friendly ghosts, which to this day are said to haunt our house. As for me, I’d say I’m 99% logical unbeliever, though really 1% is all you need. Even the scientists agree: “It’s important to never say never,” Woolley says, “because it’s the scientific way to be.”

It can’t be easy, but child psychiatrist Jim Tucker is balancing science and the paranormal at the Division of Perceptual Studies at the University of Virginia. “We don’t take the approach of believer or nonbeliever. We research and explore the phenomenon of children who report past lives,” he says. Overlapping often are reports of kids who see dead relatives — including some who were dead long before the child was born.

They tend to go something like this: “When my daughter was 3 years old, she started telling us that she was being woken up in the night by a man who kept tickling her feet,” read one tale on BuzzFeed. “We figured she was just dreaming until we came across an old picture of my grandparents on their wedding day and my daughter pointed at my grandfather and said, ‘That’s him! That’s the man who tickles my feet!’ My grandfather passed away when I was 6.”

“When you hear enough stories like that, you do start to think there must be something there,” Tucker says. “I’m open to it, that’s all I can say.” Whether you believe or not, his best advice is to be cool. “I don’t know if you really have to do anything other than listen to what your child says. Kids grow up and grow out of it and let it go.”

But do they really? Here I am, three decades post little-girl-on-the-stairs, still loving this story. And now that I have my own toddler, I’m sure she sponges up all my love of witches and ghouls come October.

“My guess is that kids see ghosts much more commonly around Halloween when their parents believe,” Woolley says.

To boot, one last story: We were curled up reading books the other night when my 2-year-old whispered, “There’s someone at the door.”

“What did you say?” I asked, peering at the dark empty doorway.

“There’s someone at the door,” she slowly repeated. Then she pointed matter-of-factly at the book we were reading, where Little Miss Lucky indeed had a visitor at her door, proving the only spooky creep in this bedroom was me.

Counter is a Toronto-based writer and author who very disappointingly hasn’t seen a single ghost this season.

A craving for magic and meaning drives millennials to spells, potions and rituals

Standing hand in hand, they form a circle around a smooth black cauldron, their voices setting off a reverberating hum as they repeat, “Omm, o…