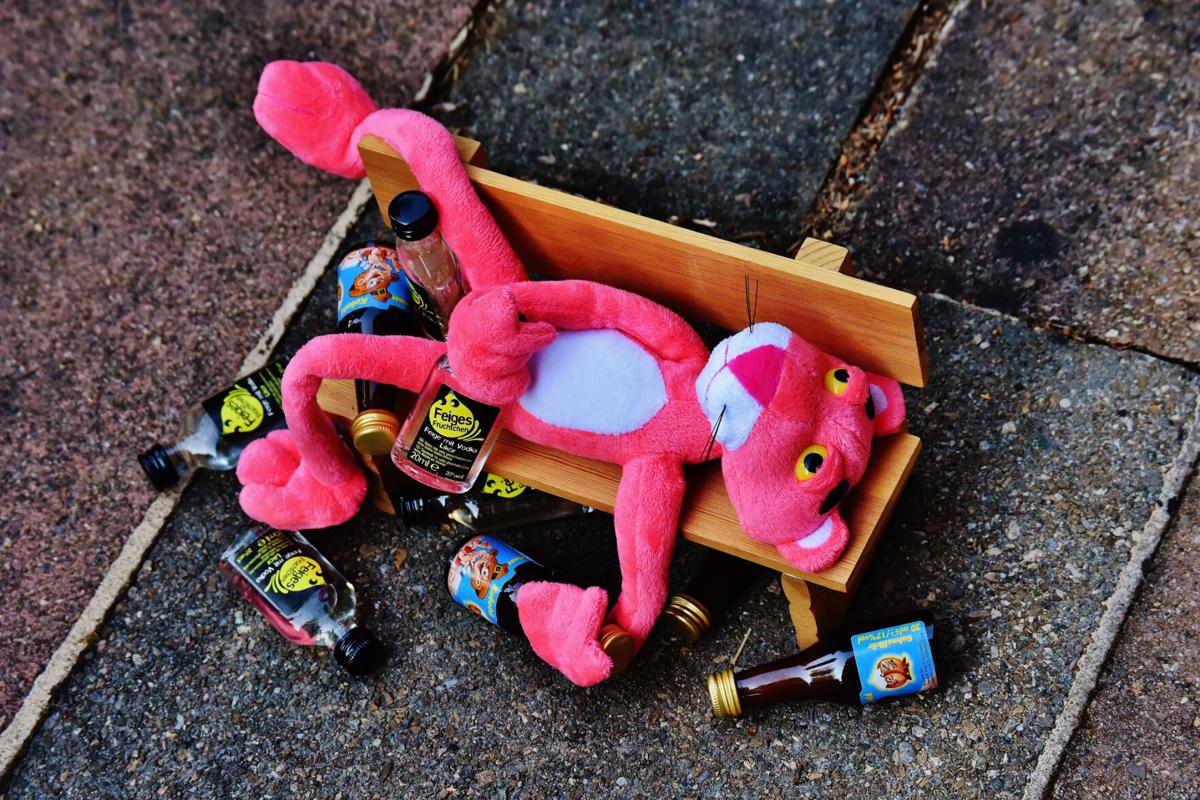 Since the COVID-19 pandemic began, in-home consumption of alcohol and cannabis are up. Pexels 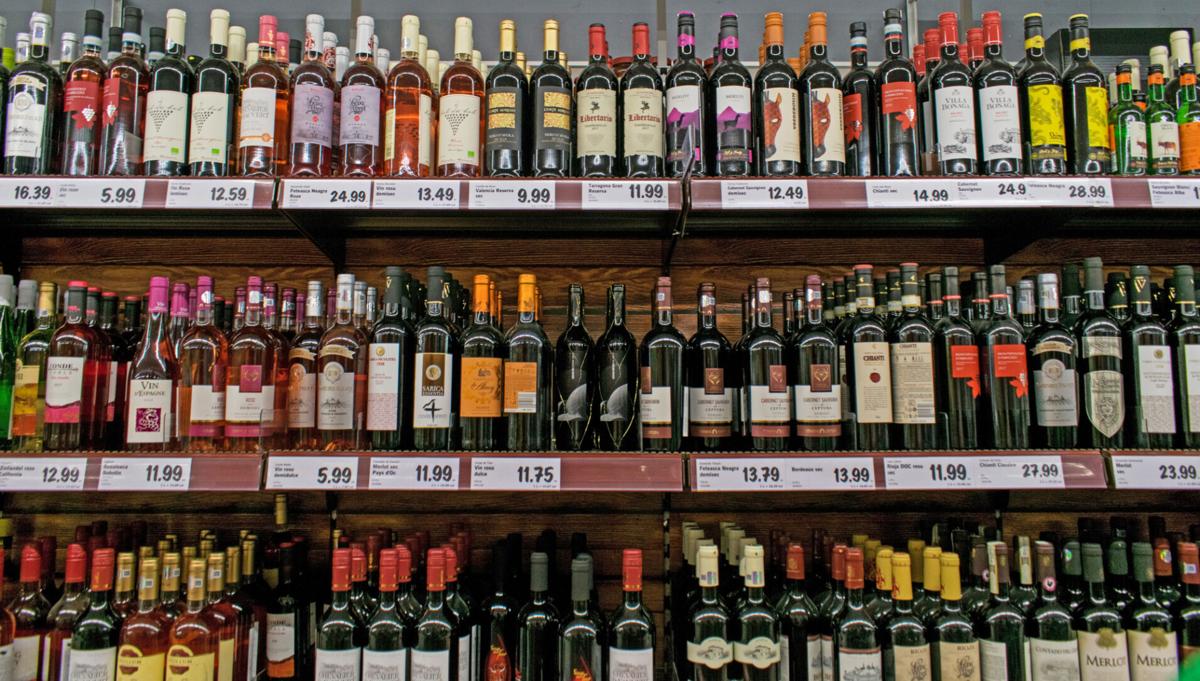 Since the COVID-19 pandemic began, in-home consumption of alcohol and cannabis are up. Dreamstime/TNS

Since the COVID-19 pandemic began, in-home consumption of alcohol and cannabis are up. Pexels

Since the COVID-19 pandemic began, in-home consumption of alcohol and cannabis are up. Dreamstime/TNS

Life in lockdown during the coronavirus pandemic has cast the idea of staying in and staying safe as a noble activity. Stick to a virtual life, and you will also be leading a virtuous one.

But that’s not entirely true. Our locked-down COVID-19 lives are heavy on vice.

In-home consumption of alcohol and cannabis are up. Americans are eating more chocolate, watching more pornography and, now that football season is underway, gambling more on sports.

So will the changes the virus has wrought continue if and when the world finally pulls itself out of the COVID muck? Will post-vaccine life return to pre-pandemic normalcy? Or will we think back on 2020 with a 1974 Doobie Brothers album title in mind: “What Were Once Vices Are Now Habits”?

COVID-19 anxiety has brought about unprecedented demand for medical and recreational marijuana, says Christina Visco, CEO of the TerraVida Holistic Centers, a chain of cannabis dispensaries in the Philadelphia suburbs.

“I’ve been in this business for a long time,” says Visco, who’s known as the “Queen of Cannabis.” “But I’ve never had so many requests from people who want to get their cards. It’s mainstream America — doctors, lawyers, stockbrokers. Just regular people that may not have considered it before that are anxious. ... People have a lot of stress, and they’re looking for stress relievers.”

Patients are smoking more, and vaping less, Visco says, “because they’re at home, and they don’t have to hide the odor.”

Increased use during the COVID-19 pandemic makes the legalization of recreational weed more likely in the near future, Visco says, particularly if Democrats gain power in the Pennsylvania House and U.S. Senate on Tuesday. “It’s a $21 billion industry. ... Grandma is using it now. You can’t put the genie back in the bottle.”

The same likely holds for gambling.

Early in the pandemic, casinos and sports were shut down, and gamblers were frustrated by the lack of action, says addiction counselor Arnie Wexler, author of “All Bets Are Off: Losers, Liars and Recovery from Gambling Addiction.”

When professional sports returned, New Jersey set a record with $748 million in sports bets in September. Wexler worries about first-time gamblers who can bet on their phones.

In the pandemic, “some people will try it out of boredom,” Wexler says. “Every time you expand gambling to get people to try it that have never gambled before, some of them get hooked.”

In September, a RAND Corp. study found that the frequency with which Americans older than 30 used alcohol jumped 14 percent in May and June compared to last year. Sociologist Michael S. Pollard, who headed the study, says it also found that frequency of drinking among women went up 14 percent and binge drinking among women increased by 41 percent.

Those numbers aren’t completely surprising because adult women have more responsibilities at home, and women in general, and women of color in particular, are more likely to be high-stress frontline workers, according to the National Women’s Health Network, an advocacy group in Washington.

So does that mean that when people can go out to bars and restaurants like they used to that women will stop slamming back booze at home? Not necessarily.

“Women have been exiting the labor force in much larger proportion than men,” Pollard says. “It could be harder for them to get back in. They could be trapped in a worse position than before the pandemic, and that could potentially elevate their alcohol use.”

How things play out depends partly on the level of the economic wreckage from the virus after it’s brought under control, he says. “And while alcohol can be used to cope with stress and depression, it also creates this feedback loop that can increase depression, and that can continue to spiral.”

Whether bad habits lead us down a road to ruin or we can lead fulfilling lives despite them during and after COVID-19 will depend in part on individual responses to the pandemic, says Martin E.P. Seligman, director of the Positive Psychology Center at the University of Pennsylvania.

Seligman sees the psychological toll of the pandemic as a continuum, with people suffering from mental illness on one end and those happily flourishing on the other. In between are people languishing through the pandemic, who could be said to be guilty of the vice of sloth — one of Dante’s seven deadly sins in Inferno.

“There’s been a drop of people from flourishing to languishing,” Seligman says. “And that’s a real concern to me. Even if you don’t become depressed, your relationships suffer, your work suffers.”

One key to combating that spiritual malaise, says Seligman, is “knowing what brings you joy, and putting things in perspective.” During the pandemic, the Penn professor has not only gotten himself a puppy, but he’s also been “been listening to a lot of the Berlin Philharmonic and Meat Loaf.”

Pulling ourselves out of the COVID-19 morass, Seligman says, “is dependent on hope and optimism. If you’re pessimistic and you believe nothing that you do matters, you’re not going to come out of this epic episode in human history very well.”

He cautions against “catastrophizing,” that is, being a self-defeating doomscroller envisioning worst-case scenarios.

To emphasize his point, he contrasts the optimism of 14th-century mystic Juliana of Norwich, and the bleaker purview of Irish poet William Butler Yeats.

“Yeats would tell us (in his poem The Second Coming) that there is some wretched creature slouching towards Bethlehem waiting to be born. That is the pessimistic view,” Seligman says.

(Yeats himself experimented with cannabis in 1890, and later noted “I grew very anxious to dance, but did not as I could not remember any steps.”)

“And then there is Juliana, who lived at the height of the Black Plague,” Seligman says, “who believed that the human race was in labor, and what it was going to give birth to was a better world.

“I’m a pessimist by nature. I wrote a book called Learned Optimism to see both sides of the argument,” Seligman says. “The pessimistic view leads to paralysis, to lack of trying. The optimistic view is associated with innovation, creativity, and trying.

“Regardless of which one is true, holding the optimistic view is better for us and the future of humanity.”