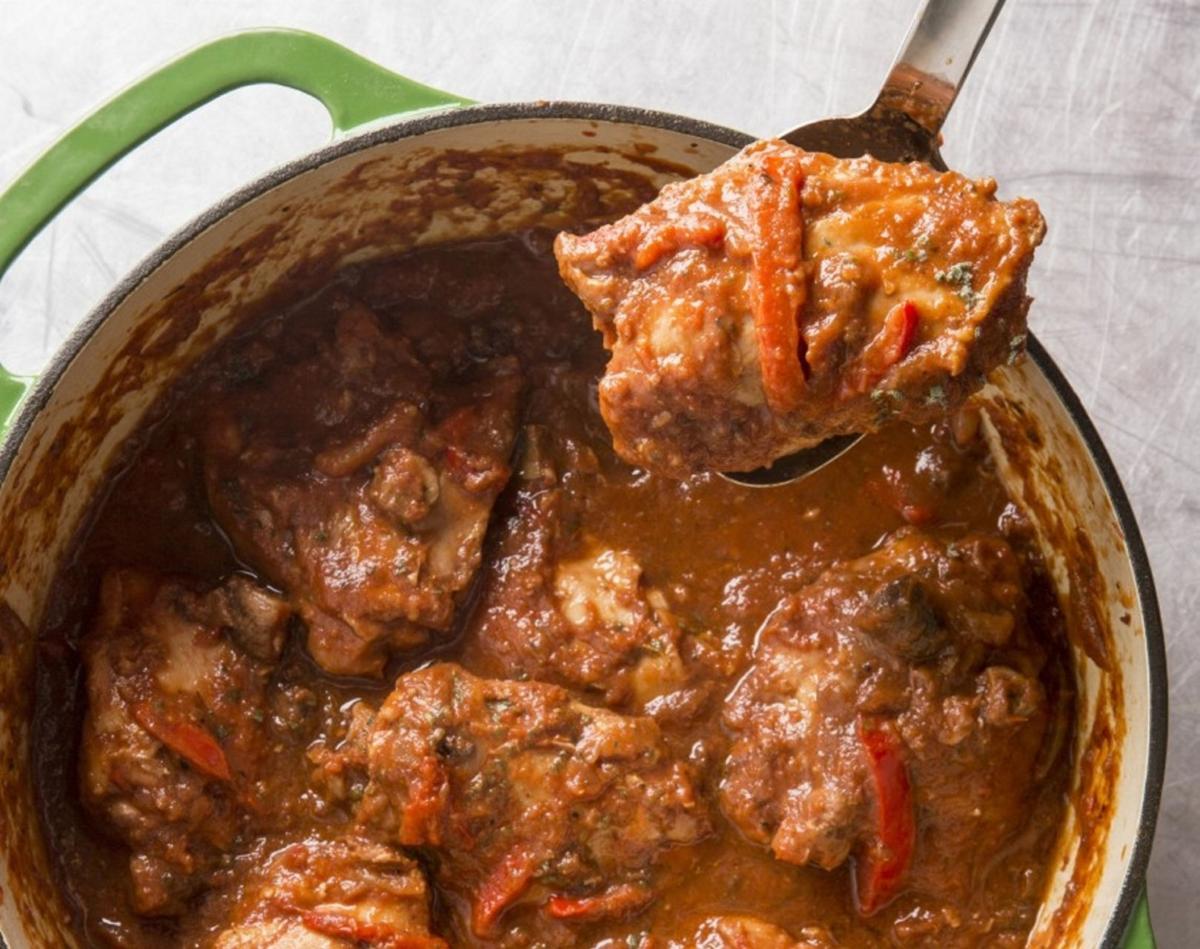 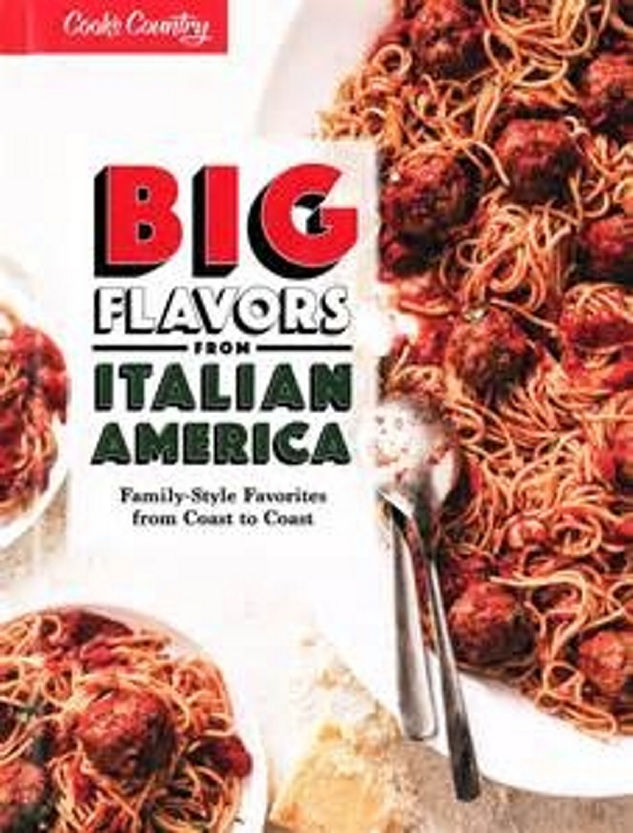 In “Big Flavors From Italian America,” the new cookbook from Cook’s Country magazine, you get a healthy dose of history along with all the great recipes.

There are countless cookbooks on Italian cooking, but this one focuses on how the Italian immigrants who settled in our country adapted dishes from their homeland. Tucker Shaw, editor in chief of Cook’s Country, writes in the book that between 1880 and 1910 more than 5 million people immigrated to the United States from Italy. Money was tight for most of these immigrants so they adapted recipes to American ingredients and their tastes gradually evolved.

An example of that evolution is this recipe for Chicken Cacciatore. In this country, cacciatore, which translates to “hunter style,” often is made with a marinara sauce, though in Italy the dish does not always include tomatoes. And in Italy, the meat often was rabbit or game hen. The Cook’s Country version improves on the American marinara with a combination of red wine, diced tomatoes and chicken broth.

Cook’s Country and Cook’s Illustrated are publications of America’s Test Kitchen, so all cookbook recipes undergo the rigorous testing process that ATK is known for.

This generous recipe should provide leftovers for most families.

Instead of using a cut-up whole chicken, we made our cacciatore with chicken thighs. Not only is it easier to buy a package of thighs than it is to butcher a chicken, the thighs gave the braising liquid a more intense flavor. But the skin on the chicken turned flabby after braising and the sauce was greasy. To avoid this problem, we browned the thighs to render the flavorful fat and then removed the skin before braising them. Serves 8

Adjust oven rack to middle position and heat oven to 300 degrees. Pat chicken dry with paper towels and season with 1 3/4 teaspoons salt and the pepper. Heat oil in Dutch oven over medium-high heat until just smoking. Brown thighs, 5 to 6 minutes per side. Transfer thighs to plate; discard skin. Pour off all but 1 tablespoon fat from pot.

Add onion, mushrooms and remaining ½ teaspoon salt to fat left in pot and cook, stirring occasionally, until softened and beginning to brown, 6 to 8 minutes. Stir in garlic and thyme and cook until fragrant, about 30 seconds. Stir in flour and cook for 1 minute. Slowly whisk in wine, scraping up any browned bits and smoothing out any lumps.

Stir in broth, tomatoes and cheese rind, if using, and bring to simmer. Nestle thighs into pot, cover and transfer to oven. Cook until chicken registers 195 degrees, 35 to 40 minutes.

Remove pot from oven and transfer chicken to serving platter. Discard cheese rind, if using. Stir sage into sauce and season with salt and pepper to taste. Spoon sauce over chicken and serve.

Note: The Parmesan cheese rind is optional, but we highly recommend it for the savory flavor it adds to the dish.

Excerpted with permission from “Big Flavors From Italian America” by Cook’s Country magazine, a publication of America’s Test Kitchen.