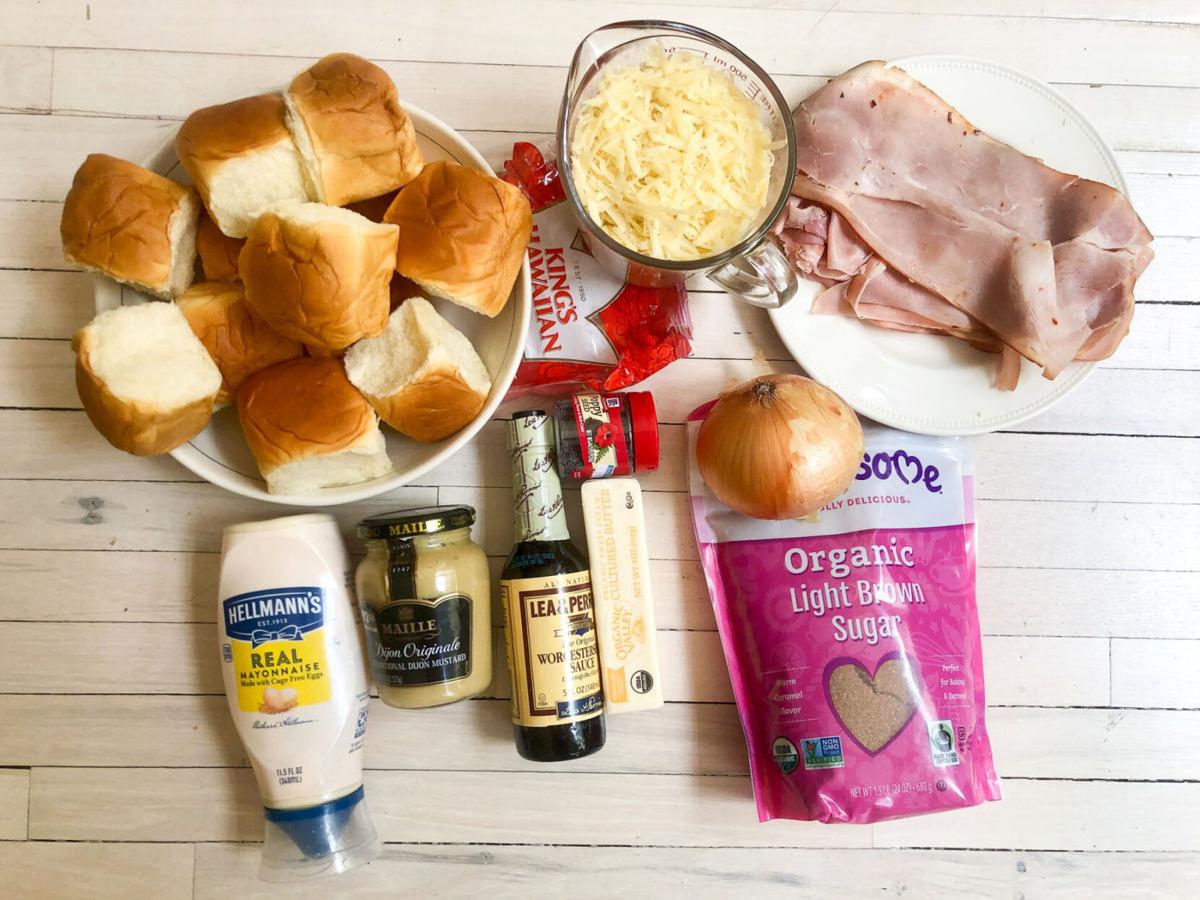 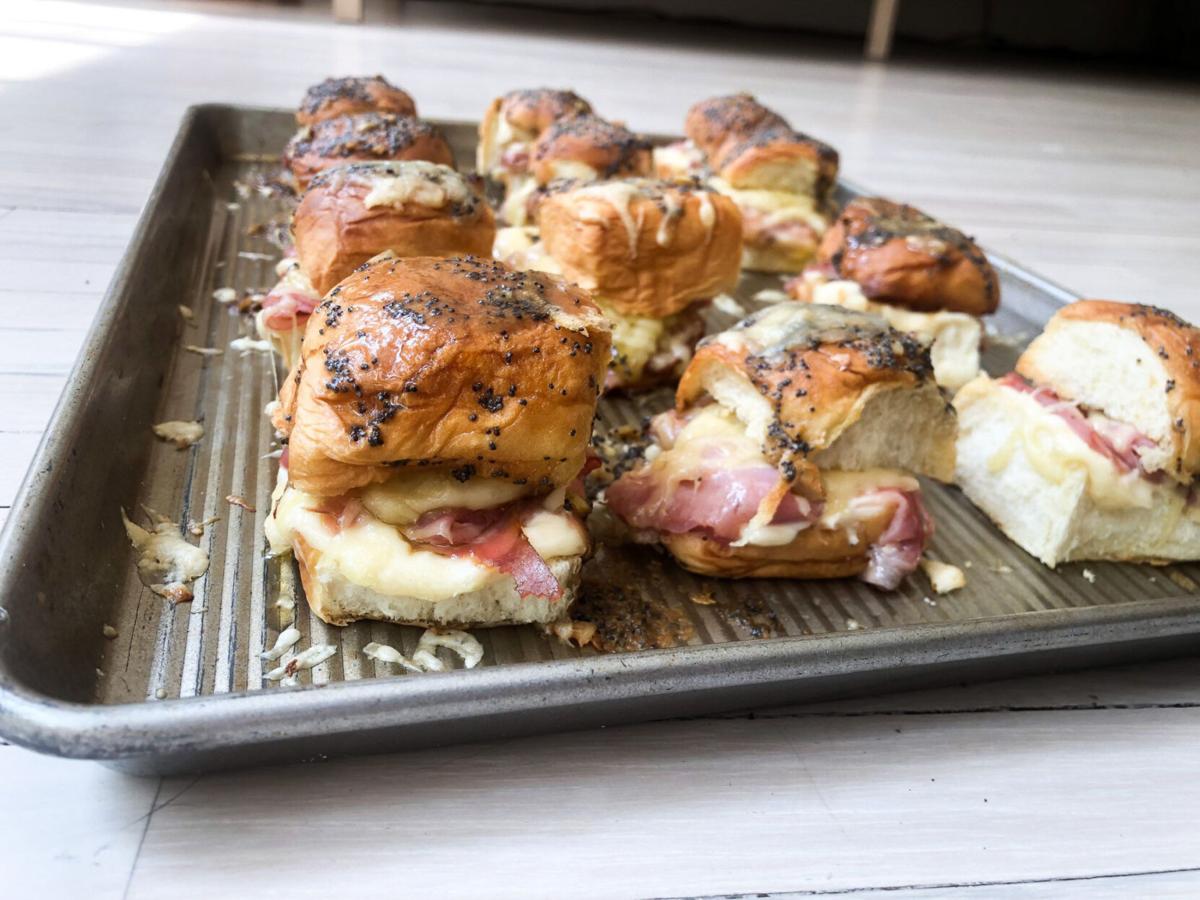 Ham and cheese sandwiches are hot out of the oven. Kate Krader/Bloomberg

Ham and cheese sandwiches are hot out of the oven. Kate Krader/Bloomberg

We’ve just come off Memorial Day Weekend, which means it’s time to start polishing up on entertaining skills — getting out trays for food that will serve more than the people in your pod, figuring out how to batch up the cocktails you learned in lockdown, and reconnecting to recipes that work for a crowd larger than immediate family members.

At this still-surreal moment, Ashley Christensen believes people should show off their favorite recipes — ones they haven’t been able to present in more than a year — and throw out considerations for seasonality. The James Beard-winning chef-owner of a mini empire of restaurants in North Carolina’s Research Triangle, including Poole’s Diner and Beasley’s Chicken + Honey, appreciates summer produce. But she’s become a star for decadent Southern specialties, whether cheese-laden macaroni au gratin or fried chicken biscuits, and she knows that their appeal isn’t confined to cold weather. At the same time, she wants to make a case for the freezer as one of the most powerful, under-appreciated tools in home kitchens.

In “It’s Always Freezer Season: How to Freeze Like a Chef with 100 Make-Ahead Recipes” (Penguin Random House; $30), Christensen and her wife, writer Kaitlyn Goalen, show how useful freezers are for tucking away such leftovers as grilled chicken and vegetables and for stashing pesto and salsa verde. Christensen and Goalen also present chapters with dishes that can be made ahead and stored in the freezer, such as quiche Lorraine and pulled pork shoulder, before being reheated and served at a party.

Christensen’s ham and cheese rolls fall in the latter category. Usually, she serves them for holidays such as Easter and Christmas, but this year, everything is different. “These rolls make their way to the pre-summer gathering table because we really missed a year of gathering, and now we’re ramping back up,” Christensen says.

For her, the rolls are an ideal shareable dish for what might be your first party of the year. “You can do all of the prep in advance and pull these out of the freezer and pop them directly in the oven.” She adds, “I also really love the idea of pool parties and outdoor hangs where, after a long day, this delicious treat can be quickly browned off and easily enjoyed.”

Her sandwiches are significant little flavor bombs, with deli slices of ham and a mound of grated Swiss tucked into sweet, tender Hawaiian rolls. Christensen’s trick is to top the roll with a butter infused with brown sugar, Worcestershire sauce, and mustard, accenting the meat with a big deal holiday ham-style glaze that tastes as if someone spent hours on it. In the oven, the butter melts into the roll, the cheese melts on top of the ham, and the finale is glorious. They are best served hot, but hold up well if you go back for seconds later, if there are any left.

Christensen offers a further pitch for making these rolls through spring, or at least until everyone turns their attention to the grill. “It gives folks the chance to save up all of the charcoal-fired energy for the height and heart of summer.”

The following recipe is adapted from “It’s Always Freezer Season” by Ashley Christensen and Kaitlyn Goalen.

Testers note: Make sure the butter is at room temperature, so it absorbs all the Worcestershire. If it doesn’t all get incorporated, pour off any leftover liquid from the butter. Additional butter is excellent brushed on grilled chicken or pork — or any roast meat sandwich for that matter. The authors also advise that it’s good on popcorn.

Assemble the rolls: Cut each roll in half horizontally. Place the bottom halves, cut side up, on a work surface. Spread evenly with mayonnaise. Divide the ham evenly among the roll bottoms, tearing or cutting the slices into pieces as needed to fit the roll. (You don’t want too much overhang). Divide the cheese evenly among the roll bottoms, arranging it on the ham. Cover with the roll tops, pressing gently but firmly. Arrange the rolls on a rimmed baking sheet, spacing them just a few inches apart, and spread some compound butter evenly on top of each roll; you will have leftover butter.

Preheat the oven to 350 degrees and bake the rolls for 10 minutes, until the cheese is melted and the rolls are hot throughout. Brush a little more softened butter on the rolls’ tops and serve hot.