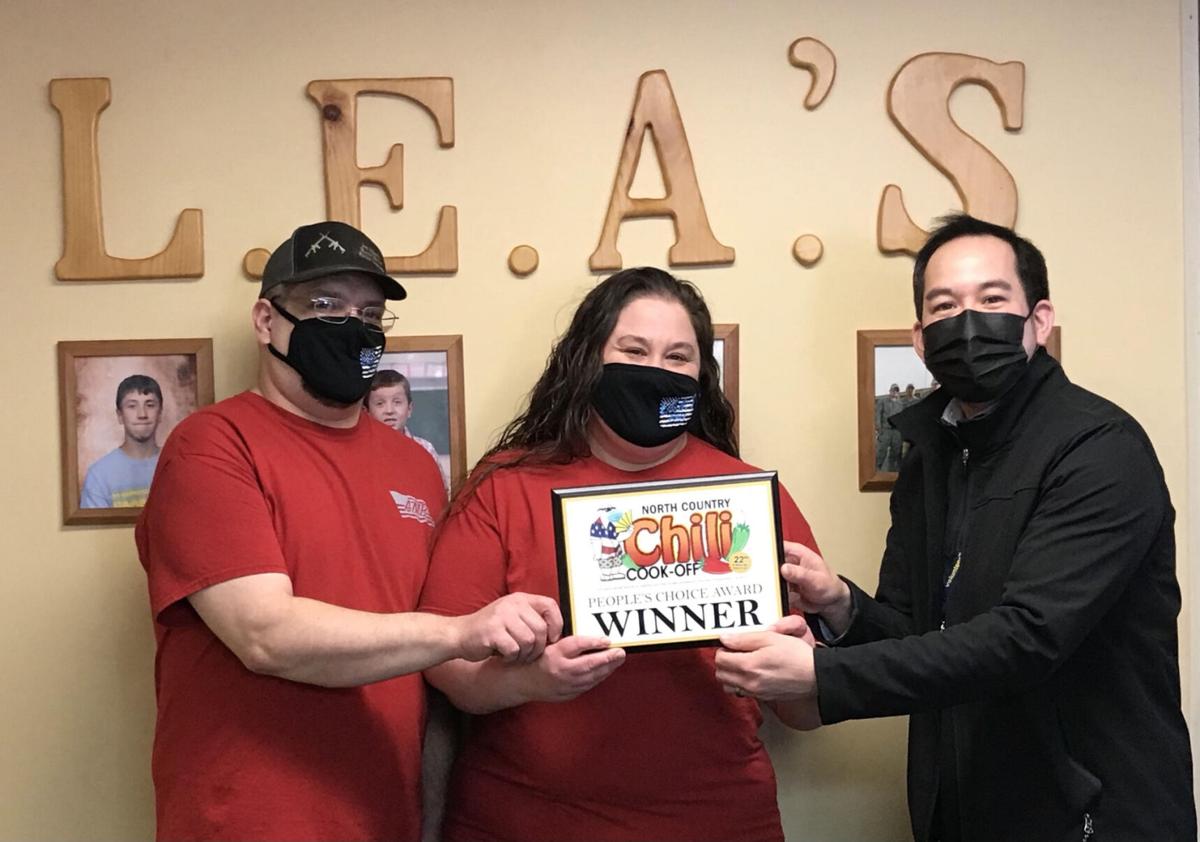 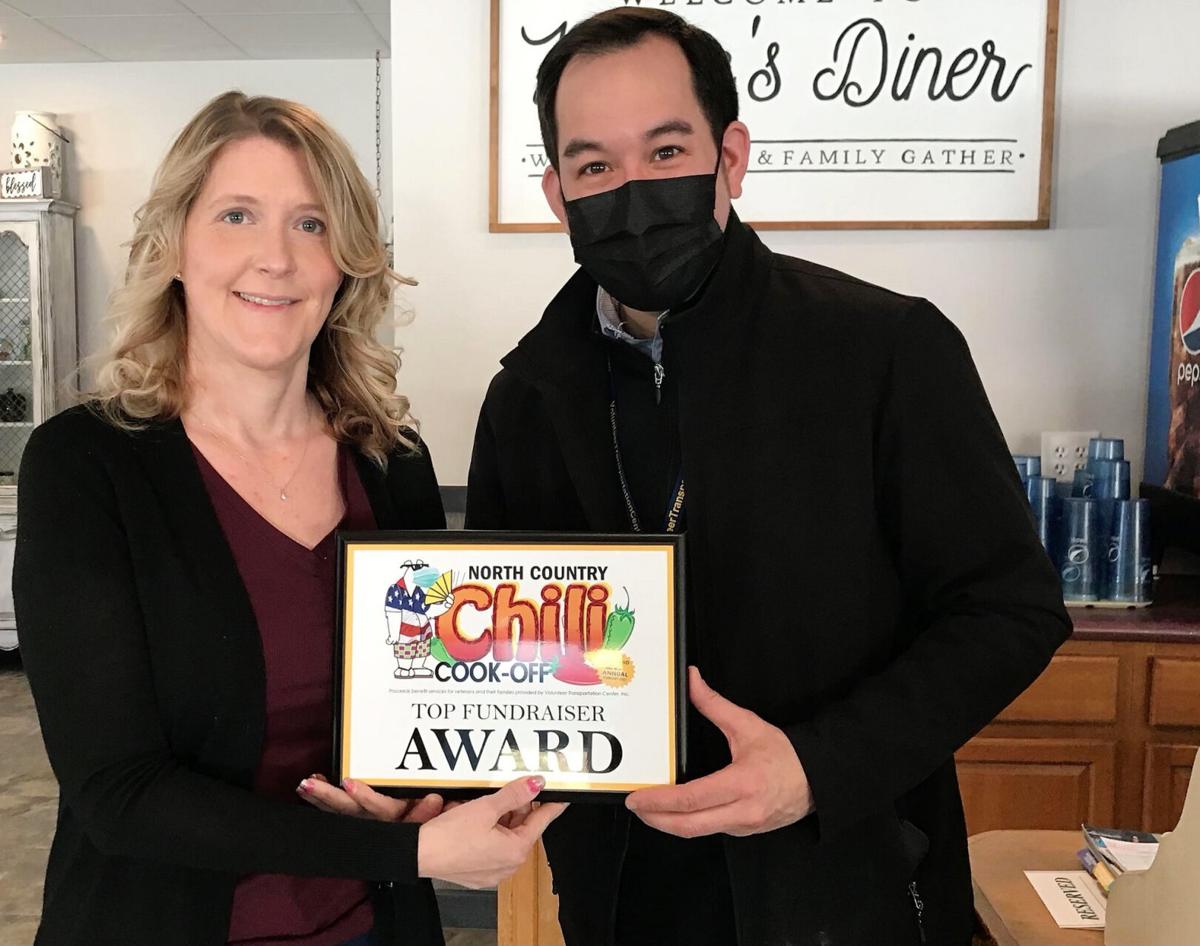 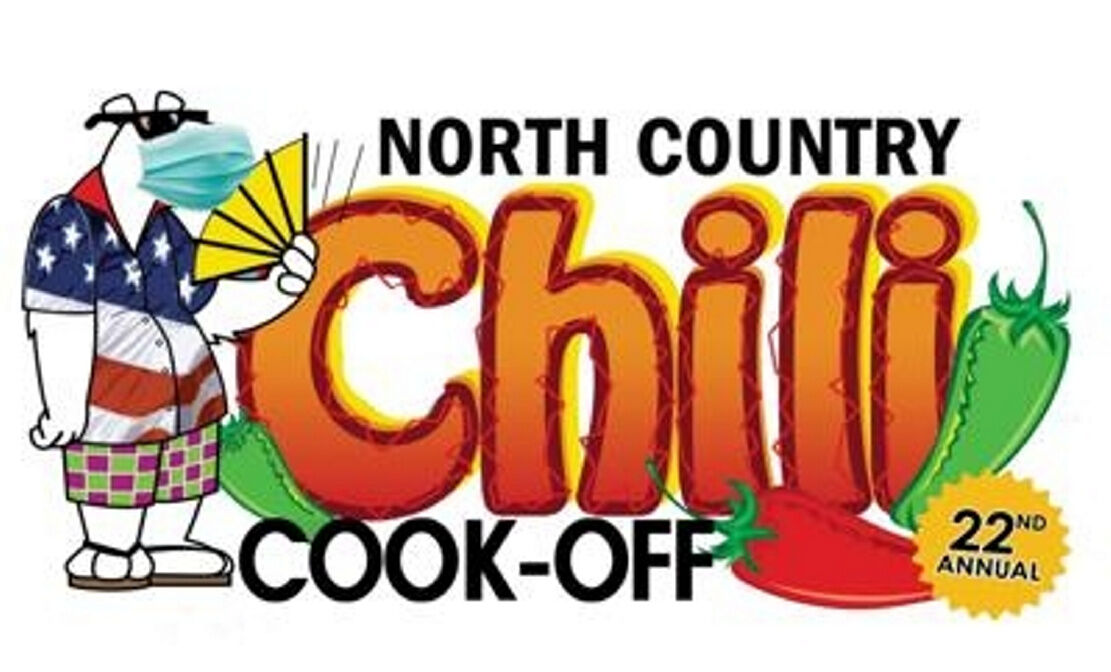 WATERTOWN — The Volunteer Transportation Center, Inc. has announced winners of the 22nd annual North Country Chili Cook-Off, an event held in a new format this year due to the COVID-19 pandemic.

L.E.A.’S Diner in Heuvelton received the most votes for the People’s Choice Award and was declared the overall winner. Meme’s Diner in Felts Mills collected the most donations, earning the Top Fundraiser Award.

“We’re at a loss for words,” Steven Bogardus, who owns L.E.A.’S Diner with his wife, Tasha, said in a news release. “We are shocked, honored and blessed to have received the most votes.”

“It was a great experience for us and we had a lot of fun with it,” he added. “We can’t thank our family, friends and amazing customers enough for their support.”

Brandy Snyder, owner of Meme’s Diner, said she was delighted to be asked to participate and is proud of her customers and employees who made that participation a success, raising $560.

“My waitresses did such an amazing job selling the chili products and explaining what we were raising money for and my customers never hesitated to donate toward the cause,” said Ms. Snyder, who credited her cook, Patti Jones, for keeping their chili stocked, even coming in on her day off.

“It is very gratifying to see how our customers can come together and support this cause.”

“We congratulate L.E.A.’S Diner and Meme’s Diner for receiving their awards and thank all of the 28 restaurants in the tri-county area who participated,” said VTC Executive Director Sam Purington.

“Their enthusiasm really made this event a success.”

“We’re very happy with the participation both from the restaurants and from people in the community,” said Jeremiah S. Papineau, Director of Communications and Foundation Director for the VTC.

“We’re very pleased with how everyone seemed to embrace the format for this special edition of the cook-off.”

The cook-off — normally held as a one-day event at the Dulles State Office Building in Watertown on the first Saturday of February — is a fundraiser for the VTC to support transportation it provides for Veterans and their families. This year, the event was held at participating restaurants in Jefferson, Lewis and St. Lawrence counties throughout the month of February. The move was made in an effort to host the event in a way that would follow New York State mandates and adhere to CDC guidelines.

This year’s North Country Chili Cook-Off focused only on the “Professional” award category and was held in a “pub crawl” format, in which those wishing to sample and vote on their favorite entries could do so at participating restaurants.

“The best part was seeing all the restaurants featured and all the different things each place did to participate. I love to buy local, so to see this all throughout Jefferson, Lewis and St. Lawrence counties was just so special,” said American Legion Auxiliary Department of New York Leadership Chairwoman Amy McEathron, who serves as the event’s chairperson. “It is just amazing how the tri-county area came together to show their support for our veterans and their families.”

That support is even more important this year, Mr. Papineau said. The VTC has suspended its practice of placing more than one client in a vehicle as a way to limit the spread of COVID-19. While a commendable safety practice, it does come at an additional cost, he noted.

“With our suspension of combining rides, that leads to an increased cost for mileage reimbursement. That’s because we’re assigning more than one driver for a trip that, in the past, we could assign to only one,” Mr. Papineau explained. “While it’s an increased cost, we decided at the onset of the pandemic it was necessary for us to do our part to limit the spread of the coronavirus.”

In addition to L.E.A.’S Diner and Meme’s Diner, the following restaurants participated in this year’s North Country Chili Cook-Off:

The businesses — combined with generous sponsorship — raised approximately $28,000 for the VTC. The event typically raises upwards of $40,000 in a normal year. However, due to the constraints and challenges presented by the pandemic, Mr. Papineau said the VTC is quite proud of the results.

Mr. Papineau gave credit to Ms. McEathron’s business, Independent Medical Evaluation Company in Carthage, for showing support that was “above and beyond” with generous donations of the majority of baskets for a basket auction, which was a companion event for the cook-off. That event raised more than $700.

“We can never thank Amy or her business enough for all their support,” he said. “Year after year, her dedication and generosity help drive the success of this event.”

Many participants praised the format.

“I love this format, I think it gives all the small businesses a way to showcase not only their chili but also their entire menu to patrons that normally don’t visit their establishment,” said Ms. Snyder. “It also gives businesses a chance to participate that wouldn’t normally be able to send their staff to the State Office Building for the entire day.”

“We like this format,” said Mr. Bogardus. “Like many others, it’s hard to shut down for a one-day event. This way, we could participate and be part of the fun.”

Would they participate again?

“Absolutely, not only did my staff enjoy the experience but many of our regulars loved participating and seeing the success of the cook-off unfold,” said Ms. Snyder.

Mr. Papineau said the North Country Chili Cook-Off’s planning committee will soon begin to review plans for next year’s event. It will consider again focusing on the pub crawl format or a hybrid model which would include both this year’s format and the traditional event at the Dulles State Office Building.

For information about how you can help the Volunteer Transportation Center, about its upcoming events, or to become a volunteer driver, contact the agency in Watertown at 315-788-0422, in Canton at 315-714-2034, or Fulton at 315-714-9134. To learn more, visit www.volunteertransportationcenter.org.