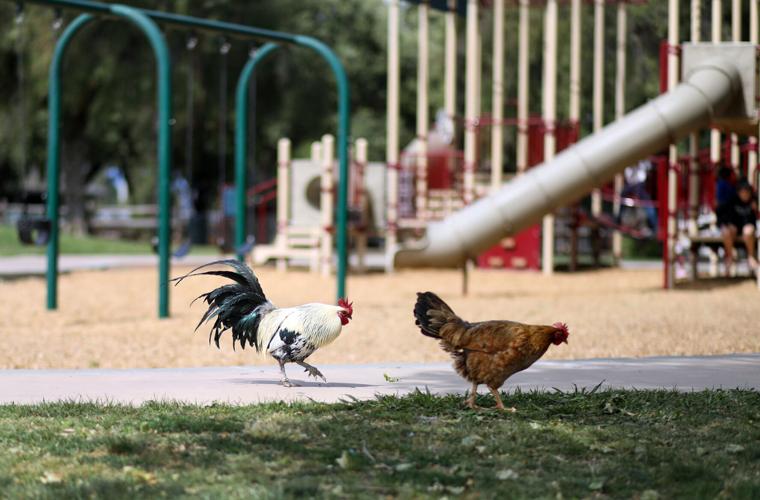 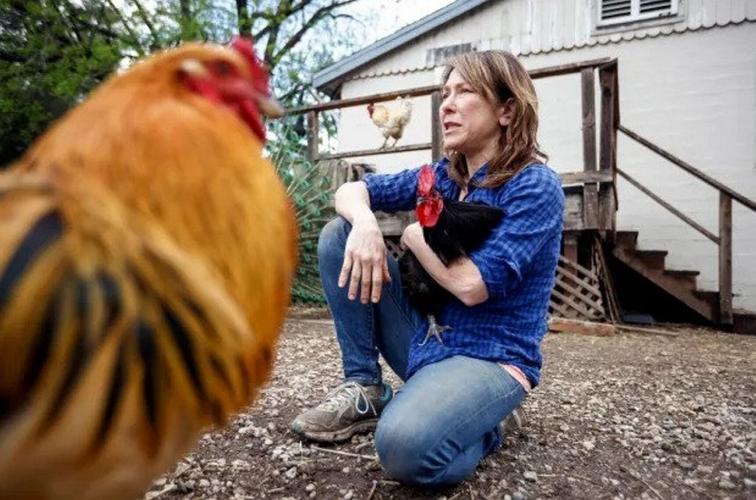 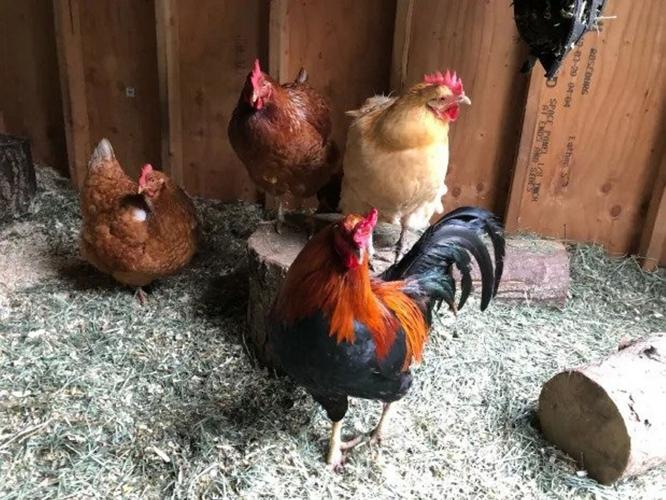 Ace with his flock in Half Moon Bay. Courtesy of Nicole David) 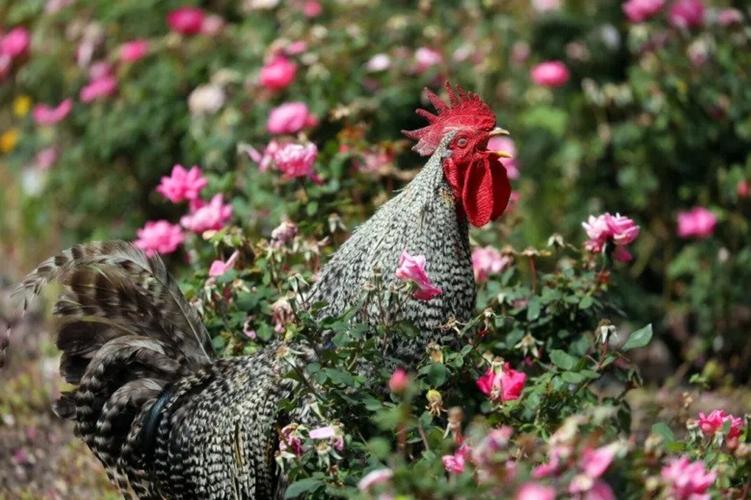 Ace with his flock in Half Moon Bay. Courtesy of Nicole David)

SAN JOSE, Calif. — Those adorable balls of fluff and feathers that were so irresistible at Easter can become a backyard chicken fancier’s worst nightmare when four months later, one starts crowing.

With most California cities and even some counties restricting backyard chickens and banning roosters outright, there are few options for people who suddenly find themselves with a rooster in the hen house, says Ariana Huemer, director of Felton’s Hen Harbor rescue in the Santa Cruz Mountains.

Some people have turned to desperate measures, dumping the birds in parks, abandoning them along the roadside or taking steps to de-crow the cock-a-doodle-doer. And the problem is on the rise.

“I used to get five rooster requests a week during peak rooster dumping season, which is around August, when the birds are four to five months old and start crowing,” Huemer says. “Now I get five requests a day — year round.”

The rooster problem is not new, but it’s been exacerbated by the recent urban and suburban homesteading trend, a movement propelled by the pandemic, when lockdown isolation and product shortages made everyone painfully aware of their supply chain dependency. People planted gardens, obsessed over sourdough and started backyard flocks in the hopes of ensuring a somewhat steady supply of eggs.

Many of those new chicken farmers bought their adorable fluff balls at a farm feed store, where 10 to 20 percent of the chickens sold are probably roosters, says Huemer, who faults store owners for not being more transparent about those odds. Sexing chicks — determining shortly after hatching which are males and which are females — is an iffy proposition at best. You don’t know for certain until the roosters start crowing months later.

The ensuing neighborhood noise complaints are certainly part of the reason for rooster bans. Those Saturday morning cartoons of childhood did not lie: Roosters crow — loudly — at daybreak and whenever the flock is threatened.

So panic creeps in when owners suddenly find they have a rooster among the hens. Hen rescues, such as Huemer’s, are already full of unwanted roosters. Desperate to avoid complaints from neighbors and fines from animal control departments, some people dump their birds, hoping their roosters can somehow manage on their own. They can’t. Despite their boastful struts, roosters are no match for coyotes, hawks, raccoons or dogs, nor do they come out winners against automobiles.

That’s how a rooster named Sgt. Blanco ended up becoming a mascot for the Alameda County Sheriff’s Office station near Oakland Airport.

Lt. Ray Kelly said Blanco and an unnamed hen companion had been hanging around the substation for a while. After the hen was struck by a car and died, Blanco — named for his white coloring — began wandering inside the building.

“He just kind of comes in when he hears the noise from radios,” Kelly says. “(We) started feeding him, and now we have a new pet. He’s friendly and happy. He’s got a good life for himself.”

Not all dumped roosters are lucky enough to have police protection. Emma Prusch Farm Park, a 46-acre country enclave in urban San Jose, receives lots of unwanted roosters, as well as chickens, ducks and rabbits.

“Six to eight weeks after Easter, chickens and roosters are abandoned at Prusch almost daily,” says Sharon McCray, president of the Prusch Farm Park Foundation. “It is horrible. Some people ask, and we tell them they cannot leave them here. (But) I have seen people drive by on Knox Road and throw them over the fence.”

Some roosters are surrendered to animal shelters. Many of the chickens that arrive at the Peninsula Humane Society & SPCA are not run-of-the-mill fowl, either, but expensive, exotic breeds that clearly were former pets, says communications director Buffy Martin-Tarbox. The agency currently is looking for good homes for four roosters and hens, including Hennifer Lopez and Chickolas Cage.

Nicole David, of Half Moon Bay, is fortunate enough to live in an area that permits roosters, so she adopted Ace from Hen Harbor. Ace is a gamecock, closely related to wild roosters, and had likely been used for illegal cockfights before he escaped or was dumped in an area park. (Rooster restrictions began, Huemer says, as a crackdown on illegal cock fighting.)

Ace crows, David says, but she has neighbors with chickens and roosters, so there is harmony in the neighborhood.

Alice Chen, who lives in Orange County, isn’t as lucky. The veterinary tech often takes in roosters and looks for good homes for them, but she has kept a few for her own menagerie. Roosters are banned in her city, so she has taken what some might consider drastic measures. She tried using no-crow collars, which fit tightly enough around a rooster’s neck to stop the crowing. The collars seemed uncomfortable and cruel to her, though, so she opted for de-crowing surgery.

During the operation, a small band is placed around the vocal cords, restricting the rooster’s ability to let loose with a bold cock-a-doodle-doo. The birds still crow, Chen says, but the sound is softer, shorter and, most importantly, doesn’t annoy the neighbors.

Of the three roosters she’s had de-crowed, one died of complications, but the other two, Elmer and Blake, are thriving. The procedure might seem extreme, Chen says, but it’s better than the alternatives.

“I feel like this is a better way for people who want to keep their roosters,” Chen says.

The laws that ban roosters need to change, Huemer says. Meanwhile, if you want to guarantee that you’re adding hens, not roosters, to your backyard flock, don’t buy chicks — adopt adult chickens from rescues, she says. And if you have a rooster, don’t dump it. Check with rescues, shelters, farms and wineries to see if they’ll take it. Even Huemer, whose rescue is full, is persuadable.