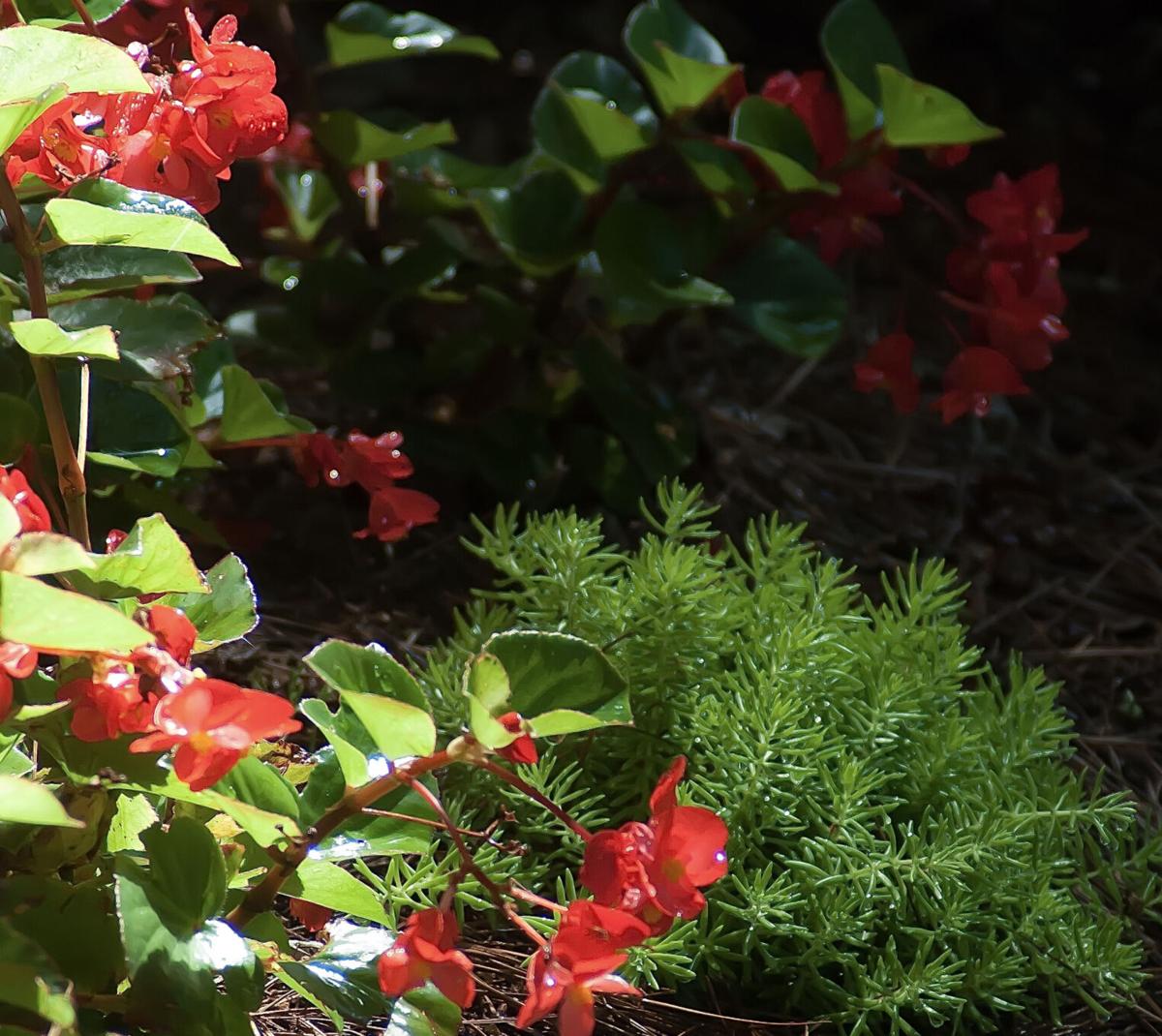 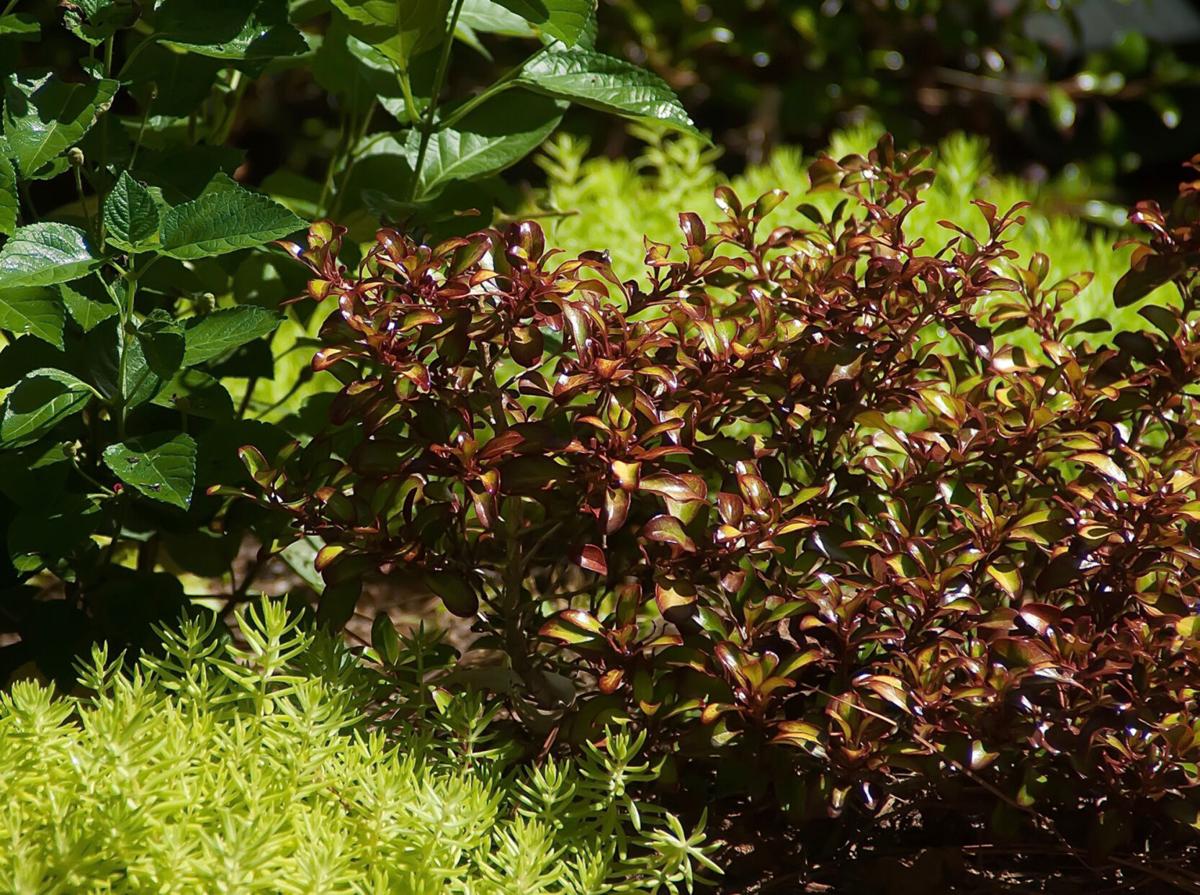 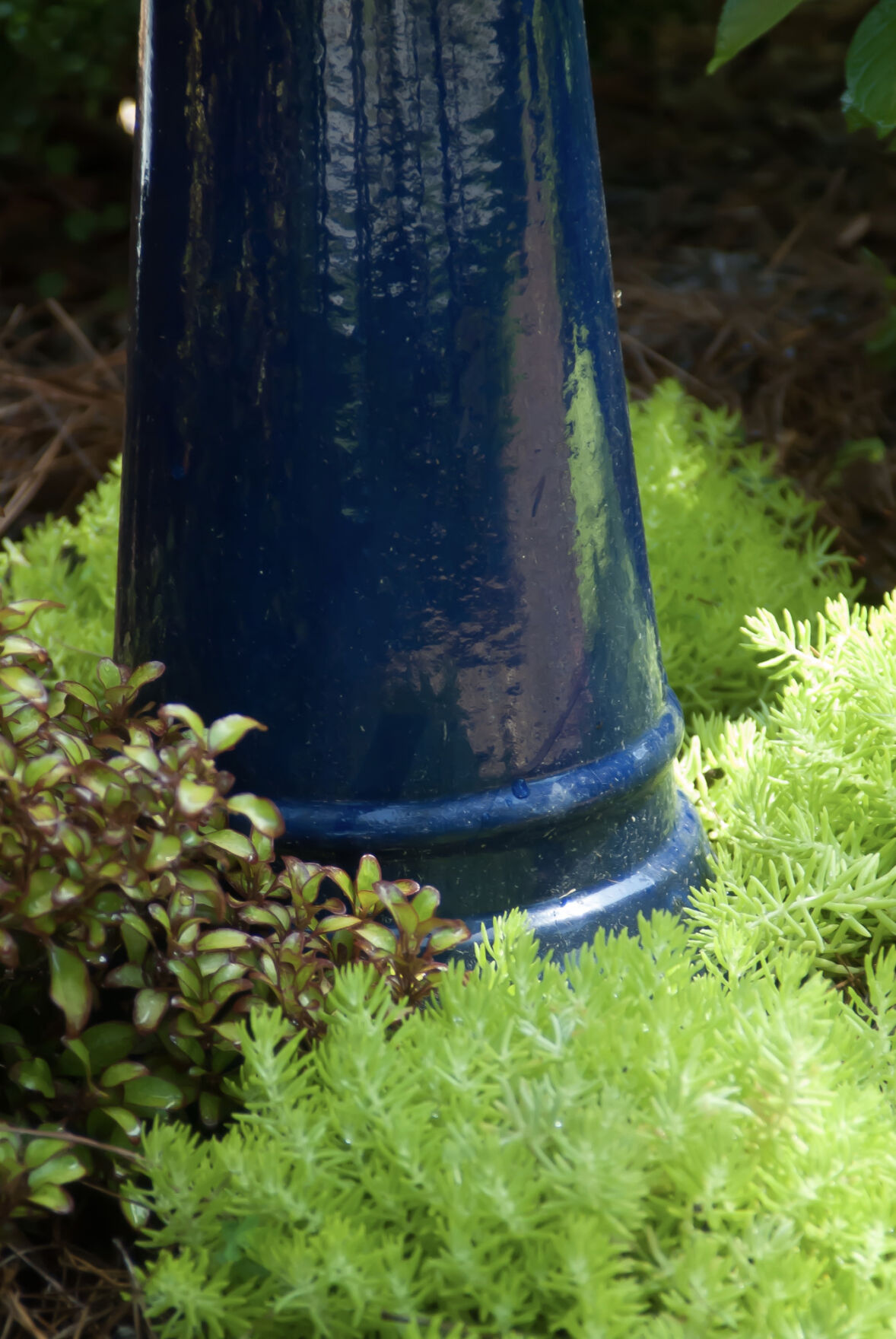 Every year most of us hit that period where the heat crosses over from hot to oppressive and we know the tough season for our plants has arrived. In much of the country it arrived early and there is one plant that if it could talk would say “what heat?” This plant is Lemon Coral sedum and its botanical name Sedum mexicanum gives clear indication from where its rugged nature derives.

This year I planted about two dozen of them and I wish I had 100. Wherever I have it planted the lime green, soft succulent, needle-like foliage becomes a “look at me beacon” in the landscape. Its habit is mounding, compact and will compete on your list of toughest plants you have ever grown, reaching 10 inches tall with a 14-inch spread.

At The Garden Guy’s house I have it combined with Surefire Red begonias. The Christmas red color of the begonia flowers looks even showier when combined with lime green. In blue ceramic glazed containers leading to the front door, I have Lemon Coral Sedum growing with Angelface Perfectly Pink angelonia and Whirlwind Blue scaevola. I promise you, every other color looks better with the lime green of Lemon Coral sedum.

I have also used them clustered around a blue ceramic birdbath. The shiny blue and the shockingly colorful lime green or chartreuse if you will, is a marriage everyone should try. But my most innovative combinations are with plants you probably don’t know about, Waxwing Mirror plants. Proven Winners introduced three varieties in garden centers this year, Waxwing Gold, Waxwing Lime Green and Waxwing Orange.

Botanically speaking they are known as Coprosma repens and have the common name mirror bush. They are from New Zealand and cold-hardy toZone 9 but tough as nails in hot Georgia summers. I am probably growing them as annuals but their showy succulent nature would allow me to pot some up for the sunroom. In Zones 9 and warmer they can be used for a showy 30-inch hedge or idyllic thriller in a mixed container. The Garden Guy is thrilled with the Waxwing Orange partnership with Lemon Coral sedum.

Lemon Coral sedum will be a rock-solid perennial in zones 7-11 and among the best buys for your garden dollar when purchased as an annual in zones 6 and colder. Lemon Coral also makes a great container mix for other succulents grown indoors.

Succulents like Lemon Coral are persevering summer performers because they store moisture in their roots, leaves and stems. Drought-like conditions can wreak havoc on most container-grown plants, but not succulents. In fact, the arch enemy will be too much water or inferior drainage. They are low maintenance in that they require very little fertilizer and no constant deadheading.

Though I am touting them as a perfect choice for the landscape when the “Heat is On,” know that they are perfect pansy pals for the winter in Zones (7) 8 and warmer.

Whether you plant a cool season container, one for the scorching temperatures that lie ahead, or in the landscape, the soil must drain freely, as soggy soil usually proves fatal. Planting in containers is much the same as planting in the landscape. Place all of your plants with the top of the root ball even with the soil line.

Lemon Coral sedum offered by Proven Winners has won Top Performer Awards in Michigan to Perfect Score all Season at Penn State. It won in the heat and high humidity at Mississippi State Trials as well. How will it do at your home? I predict you’ll be the one giving it the next trophy. If your landscape or mixed containers look tired and need a pick me up then let Lemon Coral Sedum be among your first choices.