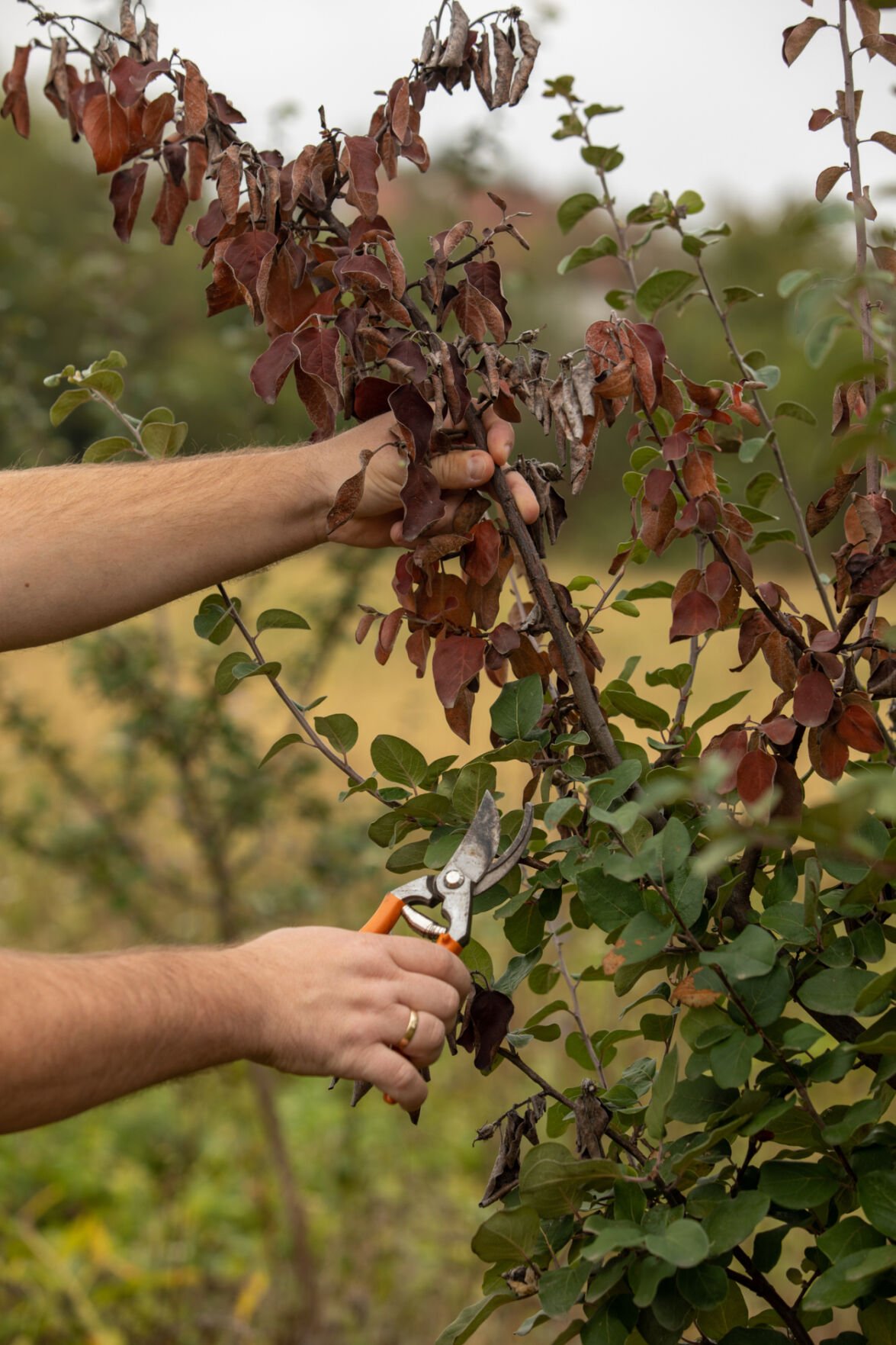 Fire blight is a bacterial pathogen that spreads easily during blooming season and has the potential to kill not just individual apple trees but entire orchards. Here, a branch infected with the blight is removed. Dreamstime/TNS 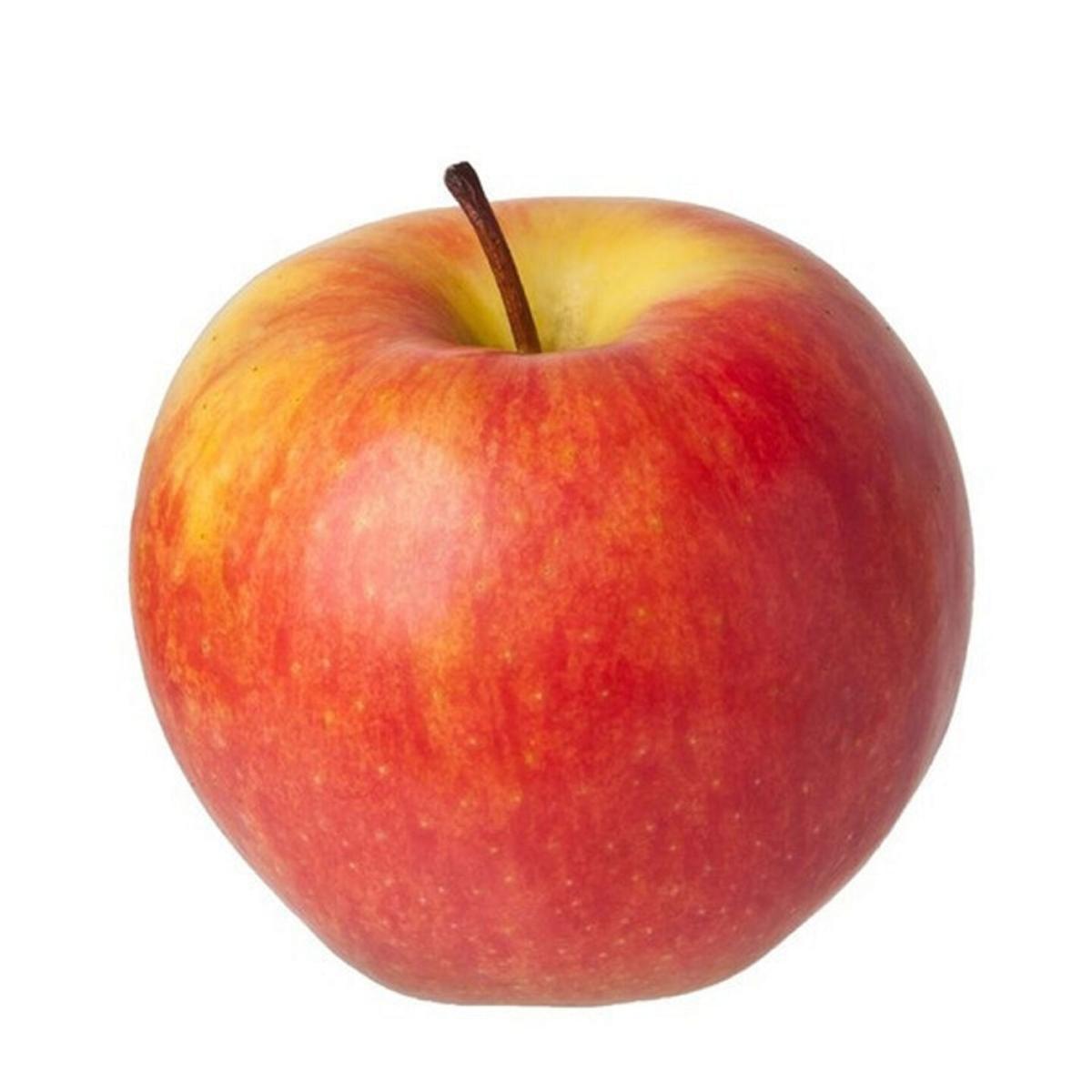 A honeycrisp apple. Apple trees are under increasing threat from fire blight due to climate change. shop.pusateris.com

Fire blight is a bacterial pathogen that spreads easily during blooming season and has the potential to kill not just individual apple trees but entire orchards. Here, a branch infected with the blight is removed. Dreamstime/TNS

A honeycrisp apple. Apple trees are under increasing threat from fire blight due to climate change. shop.pusateris.com

Patrick and Sara McGuire have been growing apples since they were married 25 years ago. Their 150 acres in Ellsworth, Mich. — dubbed Royal Farms — are a mix of sweet apples and the bitter varieties suited for making hard cider.

Last spring they put in a new crop of Honeycrisps, one of America’s favorite apples, only to discover an unwelcome visitor just a few weeks later: a bacterial menace known as fire blight.

Fire blight is a bacterial pathogen that spreads easily during blooming season. It has the potential to kill not just individual trees but entire orchards. Though not a new problem for apple growers, it’s been looming larger as the climate crisis brings longer, warmer and rainier springs that expand the window for it to infect trees.

The disease poses a particular threat to cider apple growers. Terry Bradshaw, a research assistant professor at the University of Vermont, said they are at risk because the European varieties they rely on are biennial, making them especially vulnerable to fire blight. “(They will produce) a lot of fruit in one year and a little in the other,” said Bradshaw. “It’s just wall-to-wall blossoms during bloom — those are a whole lot more targets (for the bacteria) to hit.” Making matters worse, they bloom later in the year.

If one crop of cider apples is lost to fire blight, it will be two years before those trees produce again, he said. And with a 10-year pipeline from ordering trees to producing fruit, that kind of setback could prevent growers from staying afloat. “Twenty-five years ago, fire blight was novel, it was rare,” said Bradshaw. “Now climate change is a thing, and fire blight is a thing, and everyone thinks about it every year.”

But it’s not just cider apples that are at risk. Increasingly, all apples as well as other fruit crops such as pears are in danger from such climate-induced afflictions.

Nikki Rothwell, a specialist with the Northwest Michigan Horticulture Research Center at Michigan State University, said the climate crisis isn’t just problematic in terms of fire blight, but also because it’s allowing for more generations of insect pests each year.

“If growers cannot mitigate risk in some way, fruit farming is not a sustainable model or business,” she said.

Apples used in ciders, with flavors described as “bittersweet” and “bittersharp,” can be traced back to traditional cider apples from England, France and Spain, said Gregory Michael Peck, an assistant professor of horticulture at Cornell University’s College of Agriculture and Life Sciences. They have high levels of tannins and phenolic compounds that make them unpalatable for eating, but ideal for cider.

The craft cider industry has been on a decadelong growth spurt, according to Michelle McGrath, executive director of the American Cider Association, an industry lobby. In 2019, Nielsen research said the sector was worth $1.2 billion, with about 1,000 cider makers in the U.S.

Over the last decade, the industry grew tenfold both in terms of sales and producers, according to McGrath. Regional and local craft brands account for 35% of market share, Nielsen reported. In 2020, despite pandemic lockdowns (or perhaps because of them), sales reached $577.4 million, representing more than 9% growth over the previous year and 23% over three years. Regional brands earned 51% of sales, edging out national brands for the first time.

But climate change and the resulting uptick in fire blight may put an end to the good news, warned researchers and orchard operators.

Karen Lewis is a regional fruit tree specialist with the Center for Precision & Automated Agricultural Systems at Washington State University. Her state is the nation’s leading apple-producer. “From 2016 to 2018, we had considerably more days of fire blight risk during bloom than in the previous 10 years,” said Lewis. “In areas where climate change results in warmer springs, fire blight risk will increase.”

Once inside a tree — through a blossom, a broken stem, even a torn leaf — the bacteria causes growths that can girdle the tree and kill it. A few weeks after infection, it will produce “ooze,” explained George Sundin, a professor at MSU who researches fire blight. “Ooze is what the pathogen uses to travel between trees. When rain hits an ooze droplet, a cloud of pathogen can rise from there and be taken by the wind to settle wherever. And if that’s on another apple tree, it can lead to infection.”

Since fire blight is easily spread by wind, rain and insects, stopping it in the McGuires’ Honeycrisps was key to reducing the chance it would infect their 60 acres of cider trees. “Fire blight was not typically a problem in northern Michigan, because we’re so far north and these bacteria really love warm weather,” said Rothwell of MSU. “That’s really changed.”

Rothwell said colleagues in Canada have contacted her because they are seeing fire blight for the first time and have no experience in treating it.

Francis Otto, the orchard manager for Cherry Bay Orchards in Suttons Bay, Mich., started noticing a buildup in fire blight about seven years ago. Last spring, he said, the conditions for infection in their 275 acres of trees were unprecedented.

Otto said they were able to ward off fire blight last year by using sprays including copper sulfate and streptomycin. This year he started spraying his trees the first week of April — 20 days earlier than usual.

Chemical sprays aren’t an option for Tieton Cider Works in Yakima, Wash., since the company is working toward organic certification for its 50 acres of apples. General Manager Marcus Robert said Tieton anticipates selling about 150,000 cases of cider this year, representing about $5.5 million in sales, mostly in the Pacific Northwest, California and Idaho.

Robert said they’ll visually inspect the orchard for any signs of infection, prune bad stems off the trees, take them out of the orchard and burn them. But there is a price to be paid.

“By June or July, you’re seeing a lot of impact in the orchard,” he said. “You end up with less canopy, and less canopy means less fruit.”