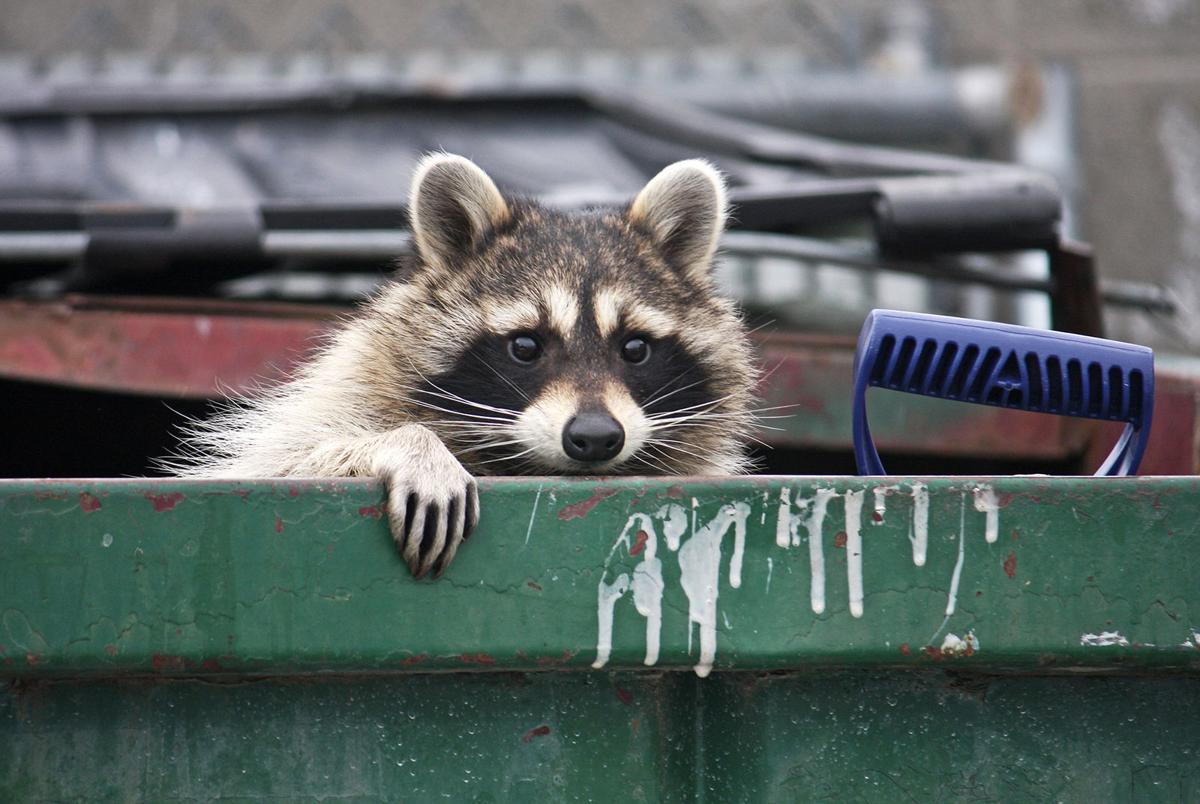 The first raccoons wandered into developed areas in the 1950s, attracted by all the free food, water and shelter we offered. Dreamstime 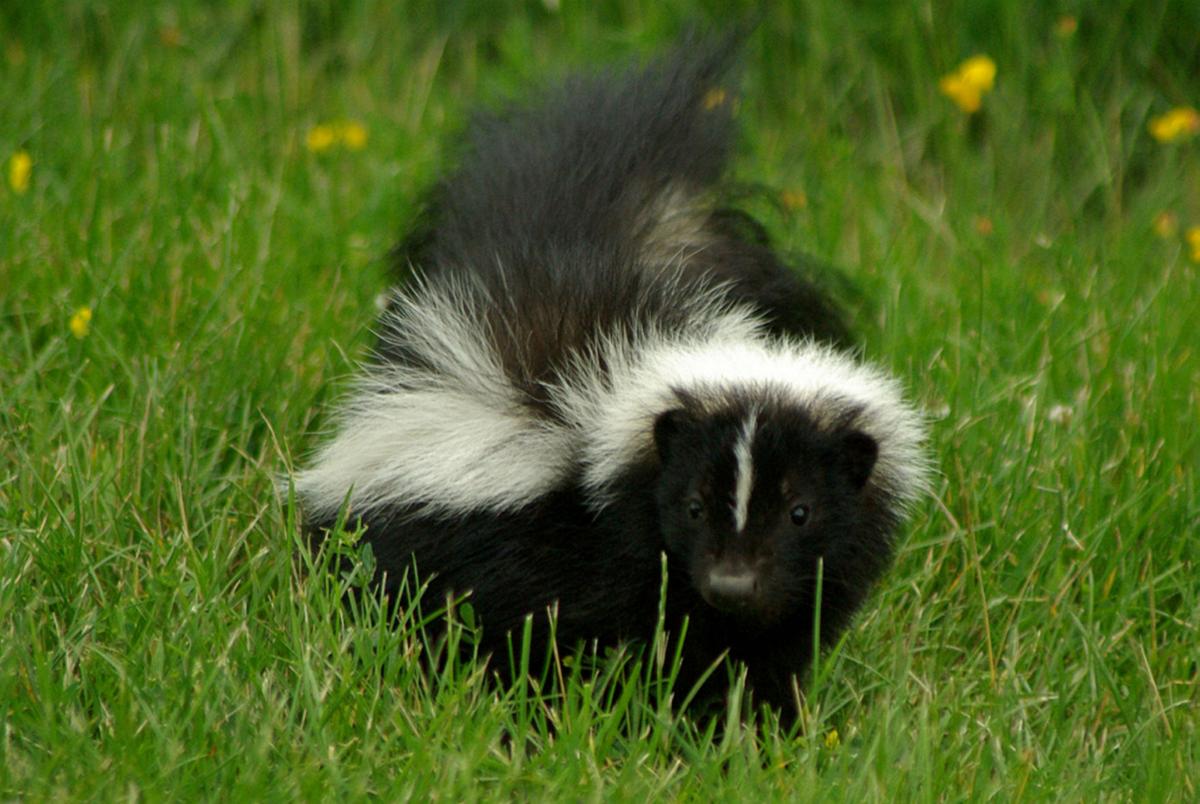 Besides having the ability to stink up the joint, skunks also carry the risk of getting and transmitting rabies. 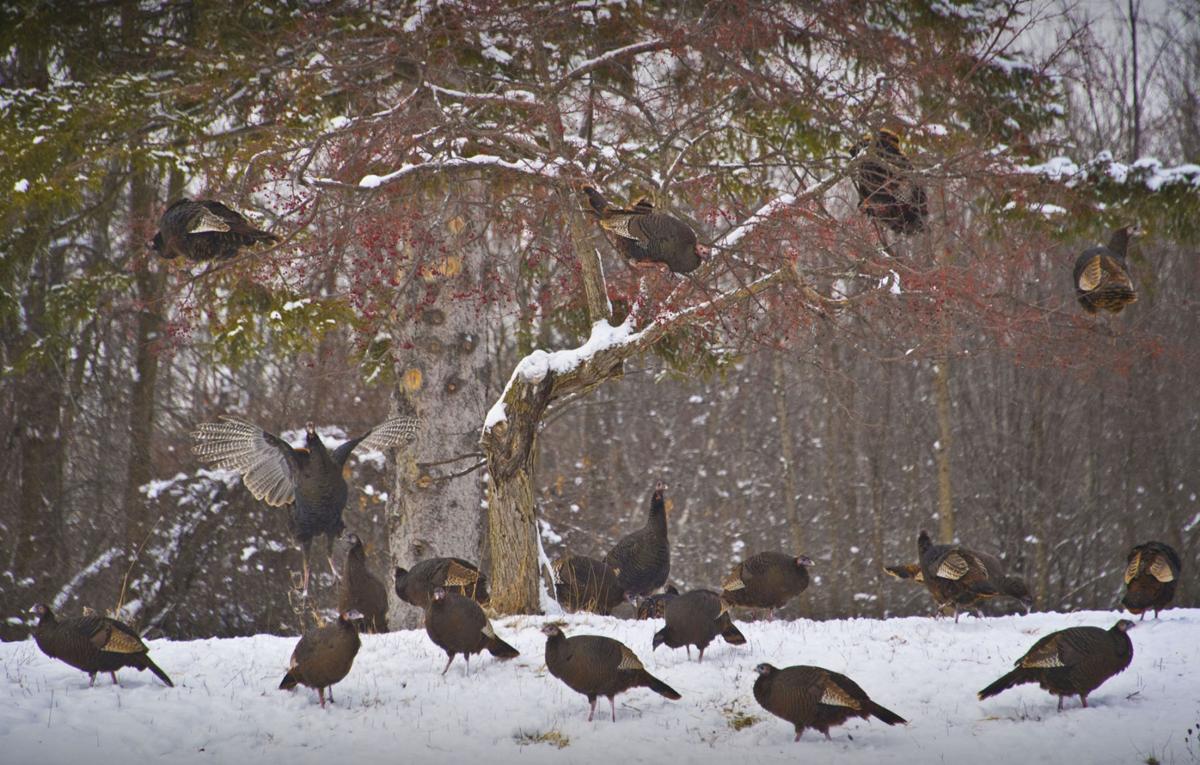 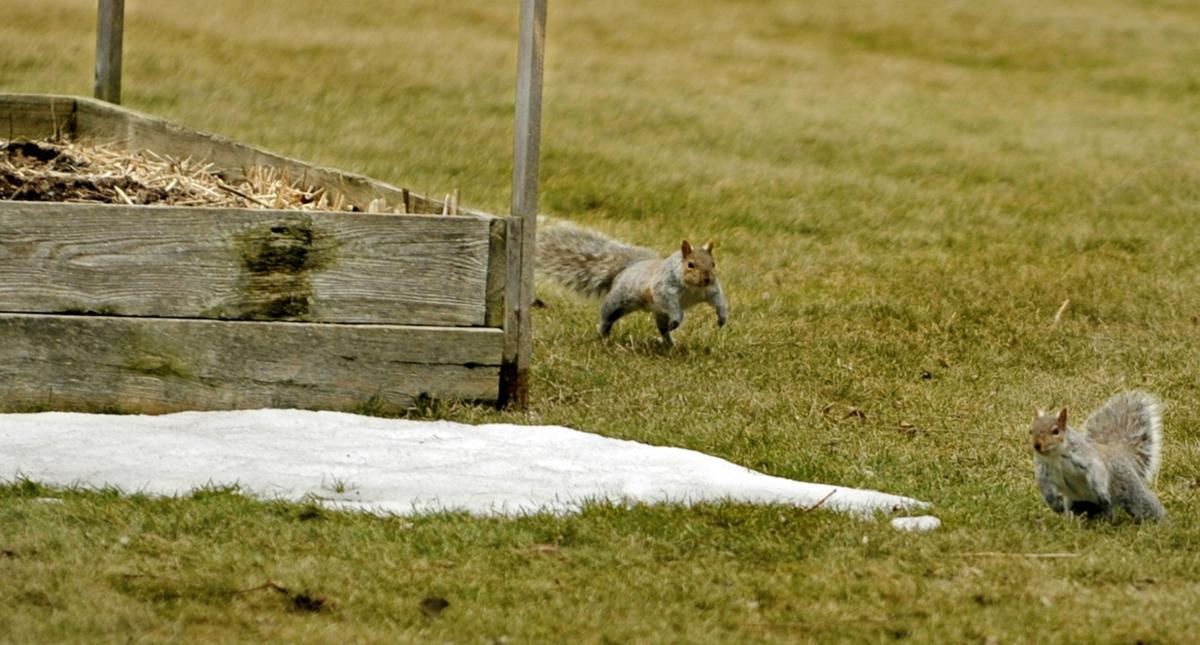 Squirrels chase each other around box gardens in Sackets Harbor. Watertown Daily Times

The first raccoons wandered into developed areas in the 1950s, attracted by all the free food, water and shelter we offered. Dreamstime

Besides having the ability to stink up the joint, skunks also carry the risk of getting and transmitting rabies.

Squirrels chase each other around box gardens in Sackets Harbor. Watertown Daily Times

Although all the animals on this list could win a contest for most annoying, the raccoon probably has the edge. That’s mainly because of their favorite act of vandalism is rolling up lawns.

They are particularly fond of newly sodded lawns, which causes the most outrage among home owners: All that money ending up in a nightly tangle. Raccoons, however, aren’t doing it for spite or because they think the homeowner should go for a low-maintenance landscape. They’re looking for grubs and the sod is in the way.

They have sharp minds and strong “hands.” Their paws resemble hands and while they don’t have opposable thumbs, they have five fingers that are strong and dexterous, and they are fabulous at figuring out how to get into closed containers.

They are not fast runners, long jumpers or quick swimmers, but when they can’t outrun, out jump or out swim predators, they can be fierce fighters. And they can climb.

Raccoons were once found only in the wilderness, and were an important food source for underfed slaves in the South, who were allowed to hunt at night when the raccoons were active. The first raccoons wandered into developed areas in the 1950s, attracted by all the free food, water and shelter we offered.

The most famous raccoon might be Rebecca, who was given to President Calvin Coolidge as an intended Thanksgiving meal. Coolidge, however, preferred to keep her as a pet and she joined a growing menagerie at the White House. Don’t get any ideas, however. It’s illegal to have wildlife as pets.

If you have raccoons visiting, you’ll likely know it by the destruction they leave behind, along with some very foul-smelling poop. Getting rid of them isn’t easy, but the best way is to get rid of things that attract them in the first place, mainly food and water.

The only way to keep the ground squirrel out of your yard is by burying fencing materials 2 feet down, around your yard, and installing a shock-wire fence.

Although tree squirrels will steal fruit and vegetables from your garden and raid your bird feeders, most people are willing to live in peace with them. Many enjoy watching the squirrels scampering through the yard, racing up, down and around trees and tiptoeing across utility lines and fences.

One cool thing about tree squirrels is, unlike most mammals, they can descend a tree head-first. To do so, they rotate their ankles 180 degrees, which allows their rear feet to point backwards and get a good trip on the tree trunk.

Tree squirrels eat mostly seeds and nuts, but they can vary their diet to include fruits, vegetables and carrion. Ground squirrels stick mostly to plant material.

The first clue that you have a skunk visiting the neighborhood is that unmistakable odor, but it’s possible to have a skunk in your backyard without the stink.

Skunks spray when they are threatened and during mating season, when males mark their territories and use their perfume to attract mates. If neither of those things are happening, then the skunk is as pleasant smelling as any other creature.

Unfortunately, when a skunk lets go, the smell travels far, and it lingers for days.

If you can overlook the odor, skunks can actually be helpful neighbors. They eat slugs and snails, and insects that you might not care for anyway. And they do it without causing a lot of destruction or bother.

Skunks tend to keep to themselves, and even if you accidentally came across one, if you remain calm, it likely will just toddle off in the opposite direction. If you have dogs, however, you’re more likely to have a problem. Dogs never seem to learn, so here’s the recipe for removing skunk stink:

n Mix a quart of 3% hydrogen peroxide; ¼ cup baking soda; and 1 teaspoon liquid soap. Wash the sprayed animal, keeping the mixture out of eyes, nose and mouth. Rinse with tap water. Double the recipe for a medium-sized dog and triple for a large one.

If you come across a skunk, give the animal a wide berth and live to smell nice another day. If it starts stamping its feet and turns its back to you, run.

For the most part, turkeys are not dangerous, although they are much larger than you might imagine. During mating season, the male turkeys can become aggressive, charging people and objects they think are trying to usurp their position with the ladies.

Unlike domestic turkeys, raised for their meat, the wild turkey can fly quite well for short distances. The entire flock will roost in a tree for the night.

After mating, the female will build a nest on the ground of mostly dried leaves and twigs, usually next to a tree or under a shrub. The clutch size can be up to 17 eggs. The eggs can take up to a month to incubate, but the newly hatched turkeys spend only a day in the nest before joining their mom and aunts.

Turkeys eat mostly plant matter that they scratch up from the ground. In the winter, they also eat acorns and other nuts that have fallen. All that scratching can damage yards, and their roosting can scratch cars and displace roof tiles.

But mostly, the turkeys work their way through neighborhoods without causing too much of a ruckus. That doesn’t mean you should encourage them by feeding them. The main predator of the turkey is the coyote.