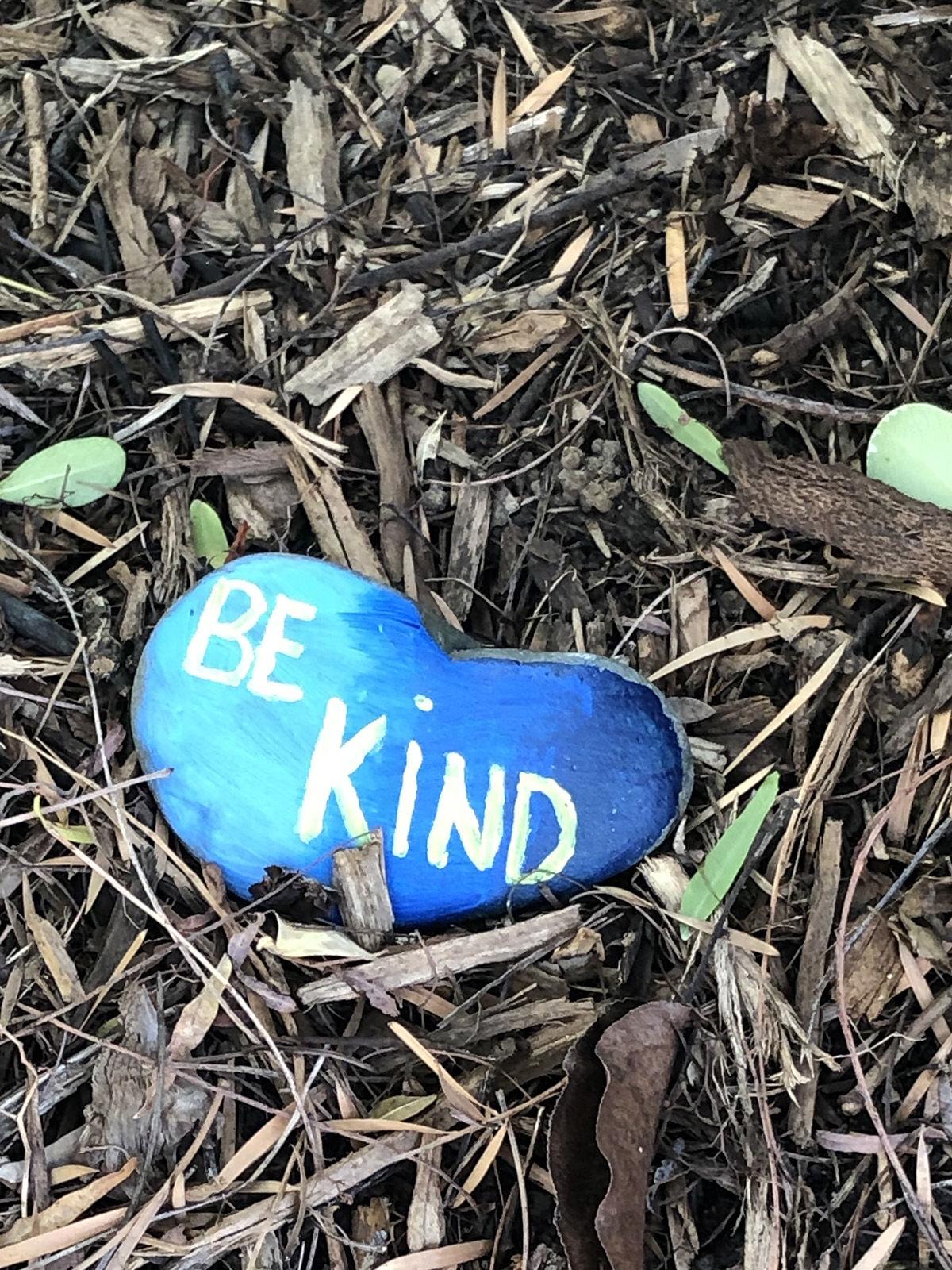 One of the rocks found in Santa Clarita, Calif. with messages of encouragement during the COVID-19 pandemic in April 2020. Kevin Baxter/Los Angeles Times/TNS 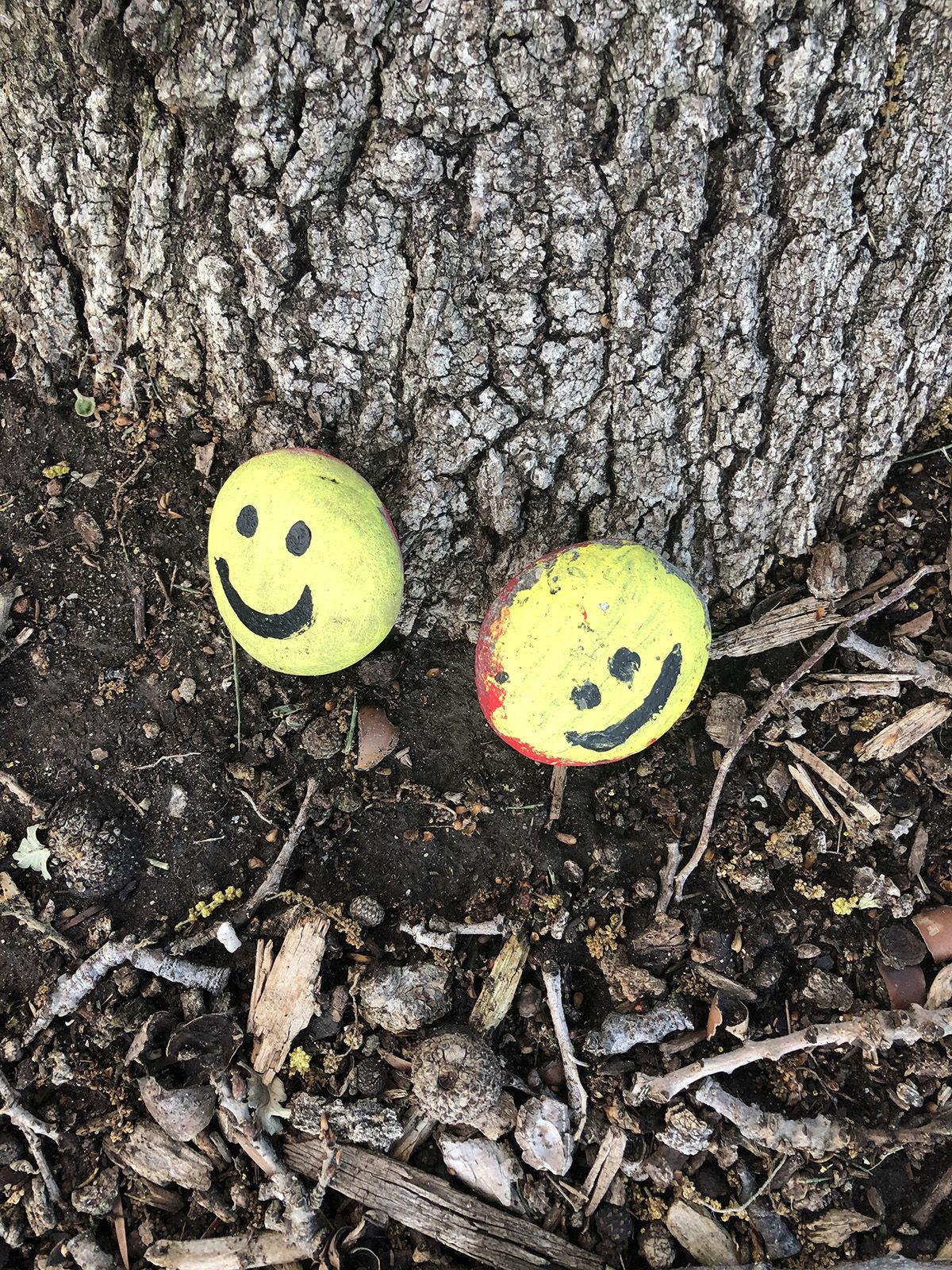 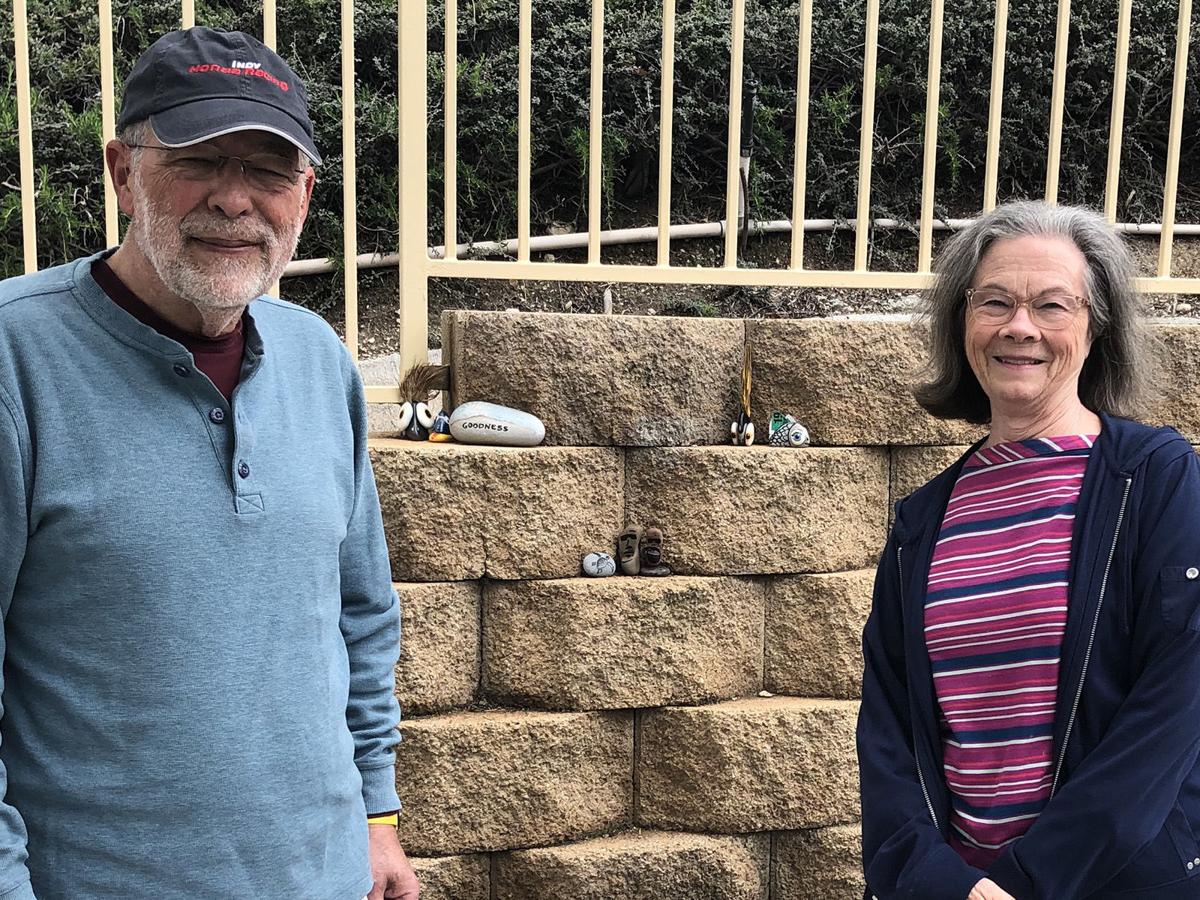 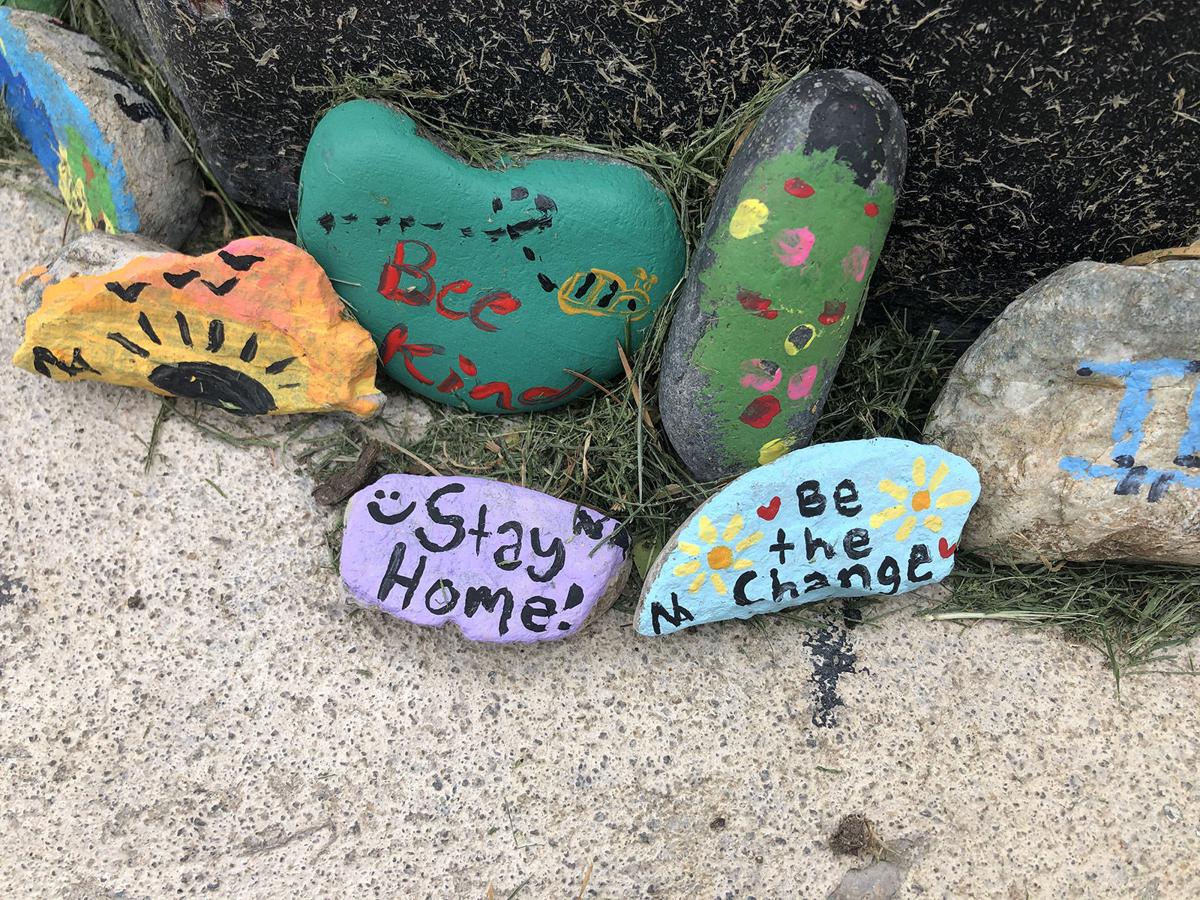 One of the rocks found in Santa Clarita, Calif. with messages of encouragement during the COVID-19 pandemic in April 2020. Kevin Baxter/Los Angeles Times/TNS

SANTA CLARITA, Calif. — The rocks started appearing around a Santa Clarita neighborhood weeks ago, early in the COVID-19 lockdown. Smooth stones, brightly painted, with images of a ladybug, the American flag, a rainbow.

Many had messages. “Bee Nice,” beneath a black-and-yellow bumblebee. “Love,” next to a yellow heart. “Be Kind.”

As the boredom of hunkering down at home set in, the number of people walking the area — and the length of their strolls — grew. So did the number of rocks along the way. They were hidden on fence posts, under trees and bushes, and along stone walls.

For some, the expeditions began taking on the feel of an Easter egg hunt, each tour of the neighborhood bringing new discoveries.

The rock pile swelled each night, the anonymous artist, like the Easter Bunny, planting the surprises under cover of darkness to be discovered the next morning. Some were smaller than a quarter, others larger than your hand.

The colors, the positive messages, the whimsy, lit up the neighborhood.

“They’re great. We’ve enjoyed seeing the rocks pop up and have made some friends,” one woman said cheerily as she set off a walk with her dog and two young children.

No one was happier than her rescue dog Billy, a 3-year-old Labrador-chihuahua mix (really) who rarely got out of the house before the rocks began to appear. The search to leave no new stone unturned became reason enough to take Billy on a walk.

A similar phenomenon is taking place 50 miles away in Thousand Oaks, where tiles with inspirational messages have begin appearing along Calle Yucca, a residential stretch flanked by $1 million homes that is popular with pedestrians.

The large, thin brown tiles, each about a foot square and spaced roughly a quarter-mile apart, are placed on the ground or propped against trees with messages like “After Every Storm Comes a Rainbow” and “The Comeback is Always Stronger Than the Setback,” alongside drawings of rainbows and other colorful things.

In Santa Clarita, the rocks at first were all of a kind — the same paint, the writing in the same childish scrawl — and located in one corner of the neighborhood. But it wasn’t long before they began spreading into something of a community art project.

That different artists had joined was obvious from the varied styles, paint and themes — even the size and shape of the stones were becoming more eclectic. They had spread geographically as well.

Some of the rocks had designs that were creative and cheeky: a sea turtle, two tiny Easter Island moai, yellow happy faces with long black smiles. The most elaborate sprang up last weekend: a long, thin, dark stone to which two other round stones, representing huge googly eyes, had been attached. A piece of wood, flared to represent a shock of auburn hair, sprouted from the top.

That was the work of Robert Clarke, the former president of Honda Performance Development and architect of the carmaker’s transition from CART to IndyCar, a racing series it came to dominate.

Clarke, 70, a legend in open-wheel racing circles, was inspired by the rocks he found on twice-daily walks with his 13-year-old rescue dalmatian, Bia, named after Brazilian driver Bia Figueiredo, one of two — the other being Indianapolis 500 champion Tony Kanaan — Clarke once managed.

“We enjoyed seeing them,” he said of the stones.

Now retired, with time on his hands and a backyard full of smooth landscaping stones perfect for painting, Clarke decided to join the movement. And he had a willing group of accomplices.

“We started suggesting some of the local kids in our neighborhood start doing some of their own,” he said of the project he and his wife Ann worked on. “Right next door there’s a little girl and boy that both did some. And there might be some others.

“There’s quite a few in our little neighborhood.”

The dead-end street where the Clarkes have lived for three years was soon decorated by so many tiny, brightly colored stones it appeared lined with Christmas lights.

“Then I decided to try it myself,” he said.

With a bachelor’s in architecture from Texas Tech and master’s in both art and industrial design from Notre Dame, he was a natural.

“I was just bored, you know?” said Clarke, whose resume includes 22 years at Honda, where he started Honda Performance Development; separate stints as president and chief executive of Sports Car Club of America Pro Racing and vice-president of new business for the SCCA; and a short stay as chief executive of De Ferran Motorsports. “I decided I was going to start doing one (rock) a day until this thing is over.”

More than a week later, his creations dot a brick wall beneath the entrance to a pedestrian paseo above Valencia High. He intends to continue adding to the collection until the stay-at-home order is lifted or the small landscaping rocks in his yard are gone.

“It’s just fun, you know,” he said. “It’s positive. To do something like that latest one with the hair on it, it just puts a smile on your face in a difficult time.”