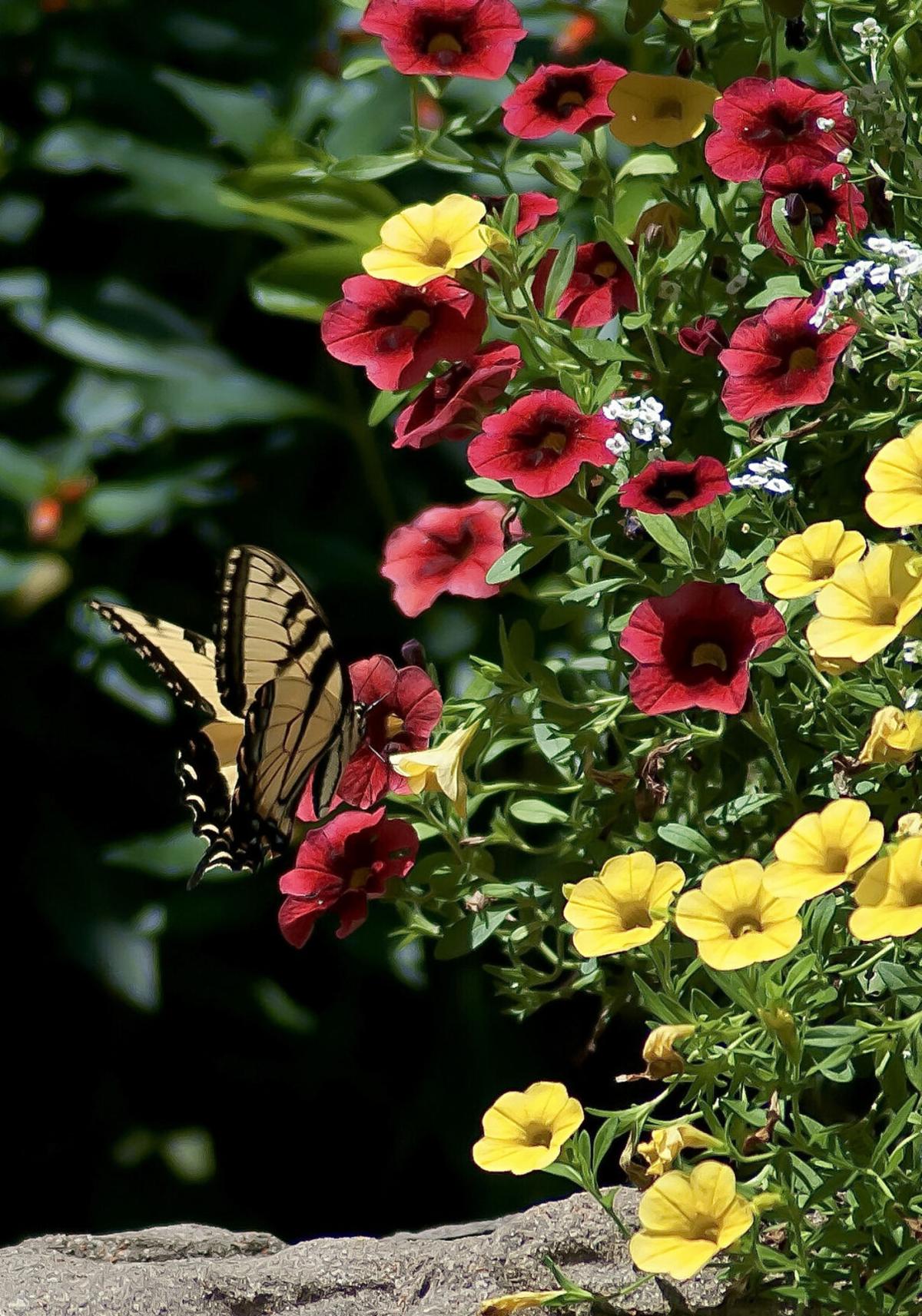 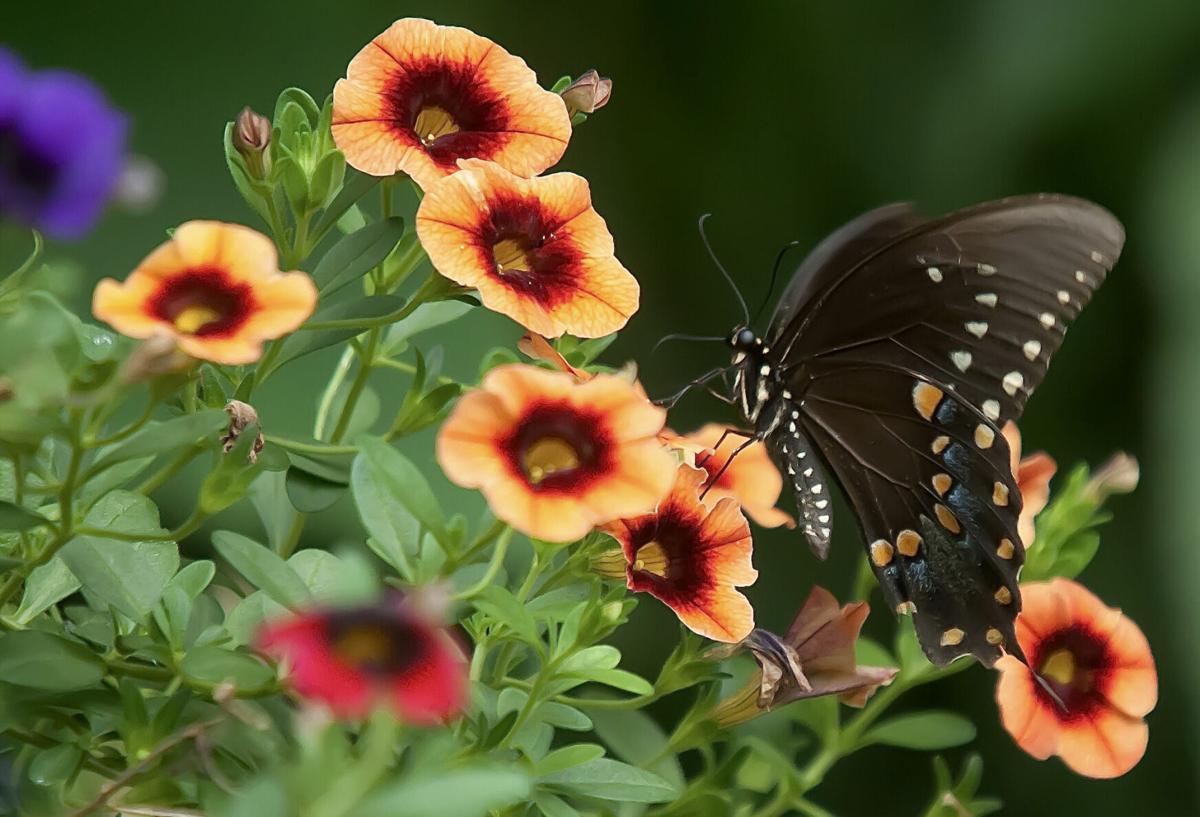 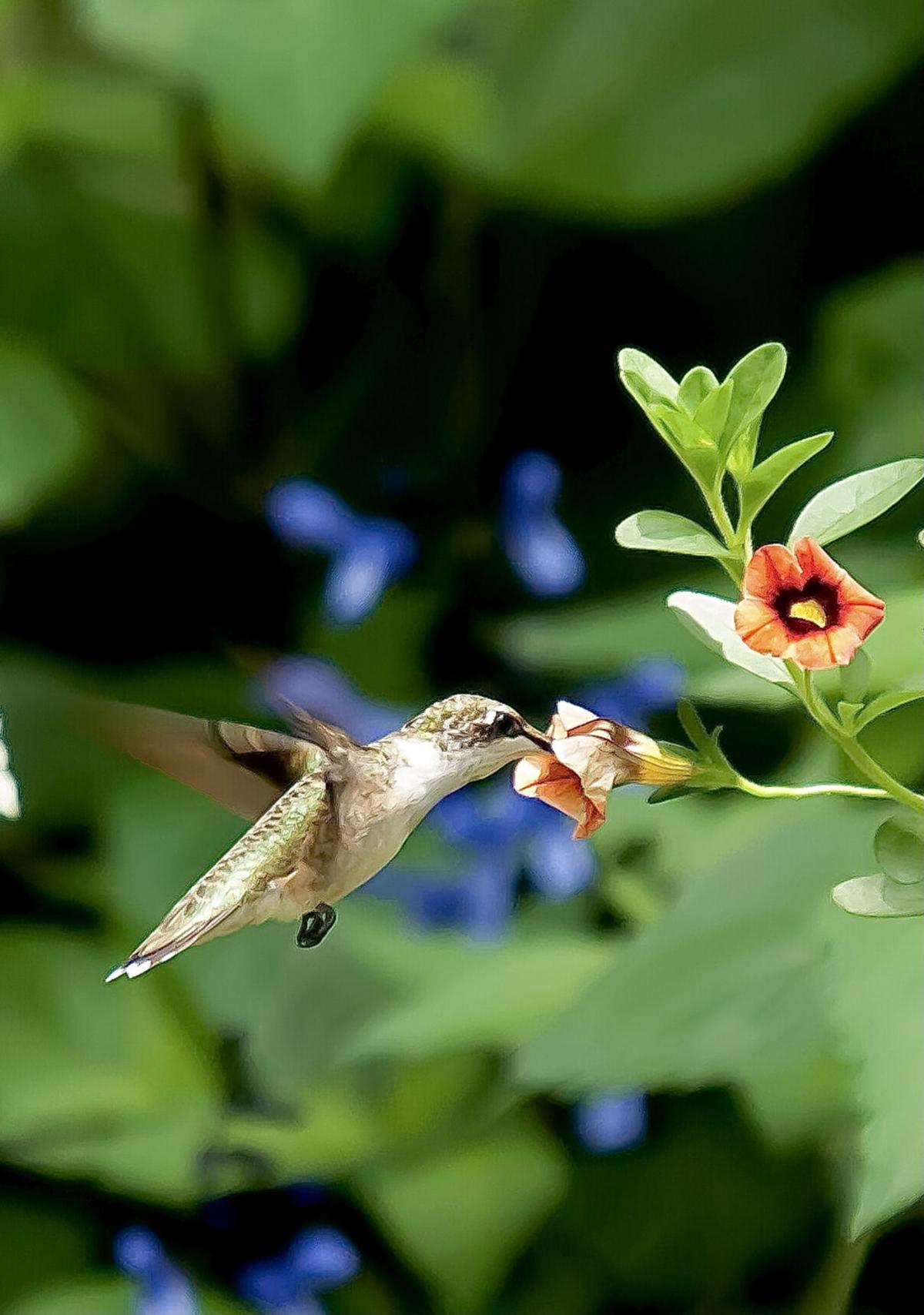 This Ruby-throated Hummingbird found the Superbells to his liking, including spending extra time on an old blossom. Norman Winter/TNS 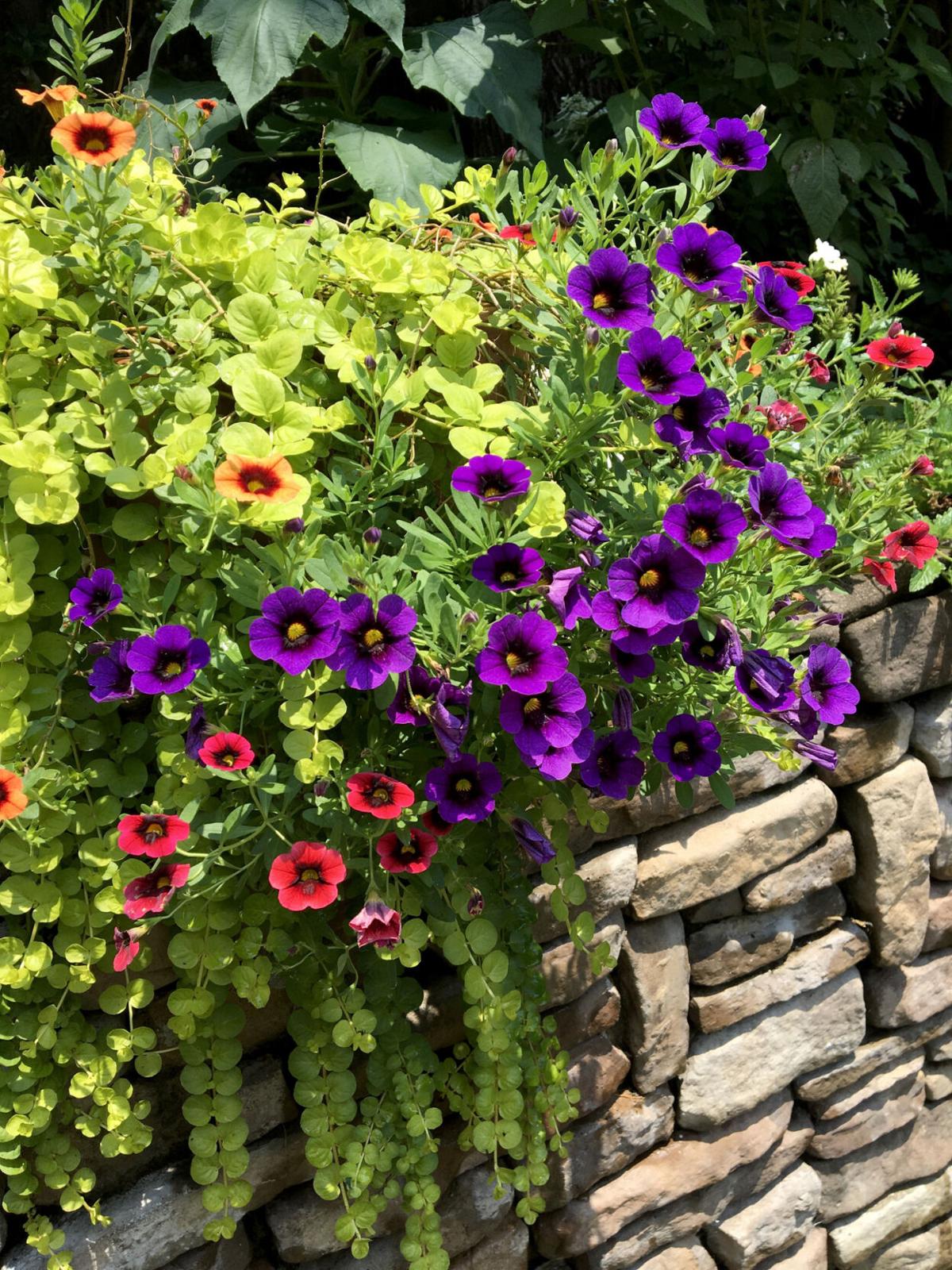 These Superbells Tangerine, Pomegranate and Grape Punch calibrachoa varieties were planted in this container the first week of October and photographed here July 23, 2021. Norman Winter/TNS

This Ruby-throated Hummingbird found the Superbells to his liking, including spending extra time on an old blossom. Norman Winter/TNS

These Superbells Tangerine, Pomegranate and Grape Punch calibrachoa varieties were planted in this container the first week of October and photographed here July 23, 2021. Norman Winter/TNS

This morning I was up early (for me) and could barely make out the plants outside. But I saw the Superbells calibrachoas moving as if a ghost were in the midst. I knew immediately it was a Ruby-throated hummingbird wasting no time in the daily feeding ritual.

Despite the Proven Winners tag mentioning hummingbirds, it has really been quite the surprise this season. They will visit each and every flower and color as well. I found it humorous they would even spend what I would consider extra time on flowers that had lost their attractiveness. It makes me wonder if an older Superbells Tangerine Punch would age into a Hummingbird cabernet.

There have been a lot of other surprises with the Superbells, one being that I planted almost all mine the first week of October. I planted a few extras here and there in April, but my October surprise is something else. By the time you read this I will have had those 10 months. In my zone 8a garden, they have been a lot tougher than I ever dreamed. I really believe a fall planting will become my regimen.

Perhaps no bigger surprise has been the swallowtail butterfly’s frequent visits. It has mainly been eastern tiger swallowtails and spicebush swallowtails making the daily nectar visits, but our peak season is still to come. It stands to reason if hummingbirds feed, then the larger butterflies would too.

The Garden Guy is growing eight varieties in what has now become a whopping 42 selections of Superbells. I am totally hooked on the seven punch selections, while my son uses a lot of Coralina and Dreamsicle. You’ll find every color, however, including Doubles, Stars, and compact TableTops. Then there are wild blends like Holy Moly, Holy Smokes and Holy Cow.

Proven Winners introduced calibrachoas to the garden world almost 25 years ago. As time has passed, we truly see the Superbells calibrachoa as one of the best buys on the planet for your gardening dollar. They really will bloom until frost with just a little work.

They will get about 12 inches tall with a 24-inch spread and packed with an extra-long season of enormous blooming potential. While I have had good luck growing them in raised beds rich in organic matter, their best performance will always be in containers. After what we’ve been seeing this year, you have to know that hanging baskets or containers would make a fine addition to your butterfly-hummingbird habitat.

This is the time to use the best potting soil, nothing heavy with clay soil from the garden. Since the Superbells calibrachoas are such prolific bloomers, it is counting on us as gardeners to keep them fed. During the warm growing season, most of us water on a daily regimen, which will leach out the nutrients. You can use controlled release granules per your formula recommendation, but don’t be afraid to use a diluted water-soluble fertilizer at least once a week like many commercial landscapers. This is what I have been doing through July.

Get to know your plants and at just the right time, in late July or early August, they may just tell you to give them a little trim. Since I planted in the fall, my wife, Jan, just makes regular visits removing a little here and there. This cutting back will pay huge dividends going into fall for an extended season of blooms.