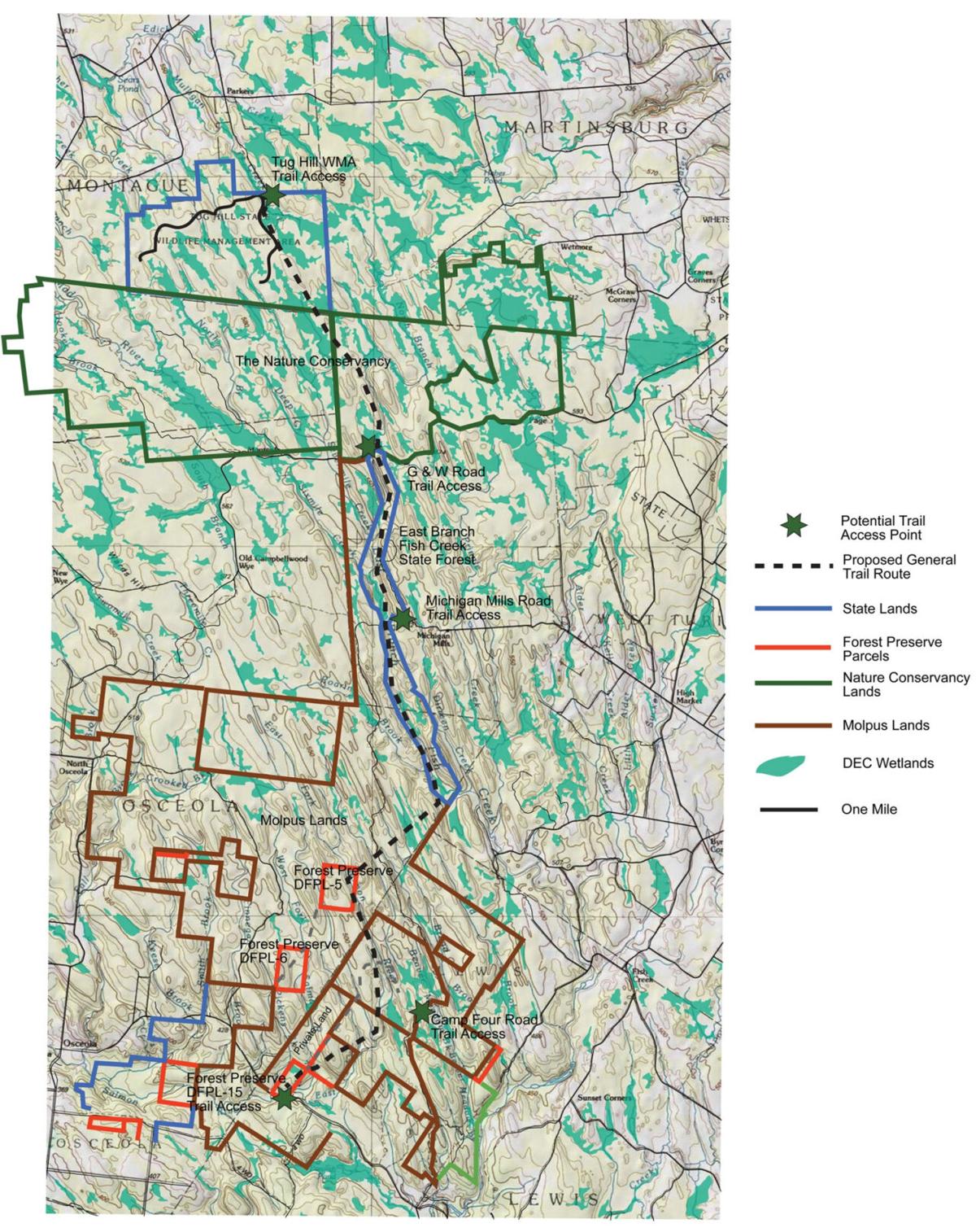 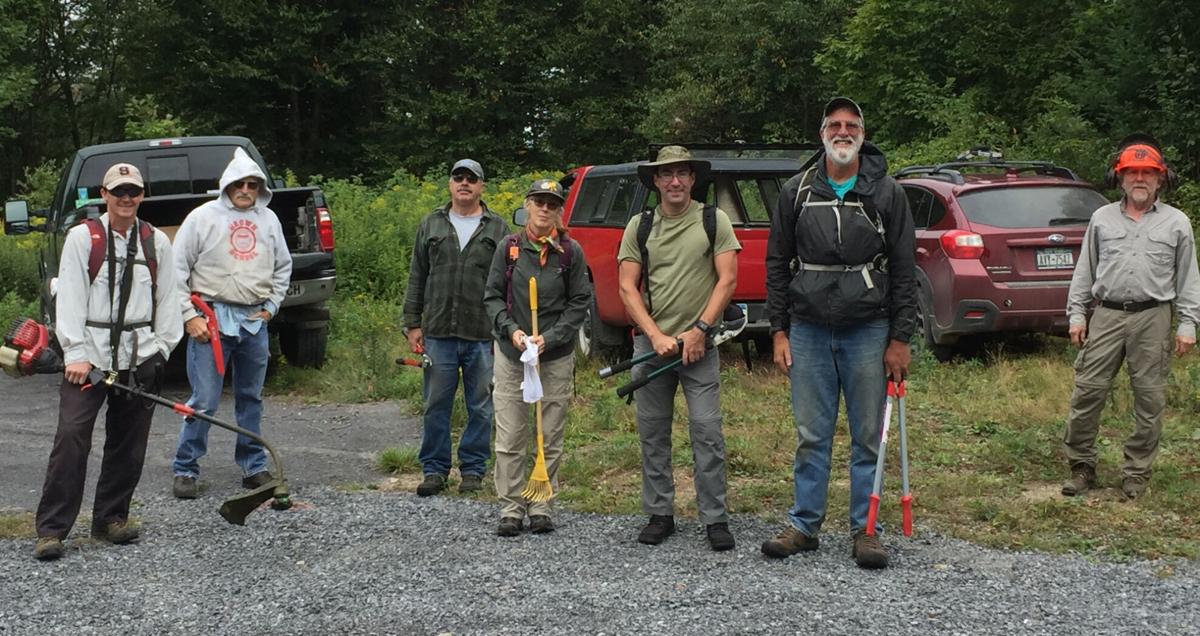 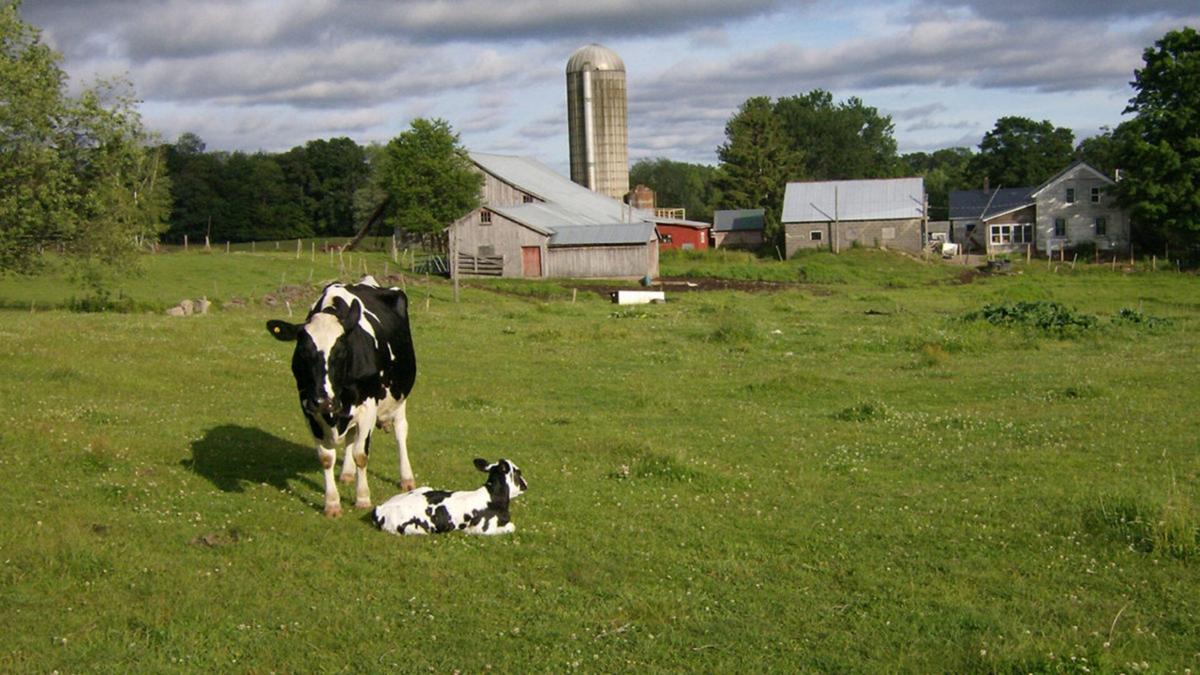 The Tug Hill for Tomorrow campaign will also focus on saving farmland from development pressures. THTLT

The Tug Hill for Tomorrow campaign will also focus on saving farmland from development pressures. THTLT

WATERTOWN — Tug Hill Tomorrow Land Trust, focusing on the future of its nature, has announced a three-year campaign “to save what matters most.”

The nonprofit organization has a goal of raising $600,00 with its Tug Hill for Tomorrow campaign.

The mission of the land trust and education organization founded in 1990 by a group of Tug Hill residents, is to protect the wildlands, working forests and farms of the Tug Hill region and surrounding areas, and to promote appreciation of the region’s natural and cultural heritage.

Located between the Adirondack Mountains and Lake Ontario, the Tug Hill region is one of the most rural and remote areas of the state. Its approximately 2,100 square miles consist of 41 towns in portions of Jefferson, Lewis, Oswego and Oneida counties.

The Tug Hill for Tomorrow drive will assist several projects THTLT has initiated, ranging from assisting farm families in transferring their farms to the next generation rather than being forced to sell them for development to the creation of the 20-mile Tug Hill Traverse Trail — the only non-motorized long-distance trail on Tug Hill.

“This year, more than ever, people see that getting outside is critical to their health and well-being,” said THTLT executive director Linda Garrett. “That has meant a surge of interest in finding trails and accessible public open space It’s also brought the realization that we need to create more trails, and public conservation areas, close to home.”

“We feel pretty good about it,” Ms. Garrett said. “We think it’s a stretch, but we think it’s doable.”

The Northern New York Community Foundation board of directors recently approved a $50,000 grant toward the Tug Hill for Tomorrow campaign. To encourage local support, $25,000 is a challenge grant to match gifts from donors in Jefferson and Lewis counties. Also, once THTLT reaches its midway goal of $300,000 in gifts and pledges, the balance of the foundation grant will be made available.

“We’re pleased to partner in this way to support projects and programs that invest in the natural resources that help make our region the special place that it is,” said Rande S. Richardson, NNYCF executive director. “It’s also a meaningful way to encourage greater participation in the campaign by doubling the impact of charitable contributions.”

trail in the core forest

Work on the Tug Hill Traverse Trail began this summer. Fifteen work days have been done by volunteers, including those from the Adirondack Mountain Club. Another work day was held Friday.

Work has begun on the north end of the trail and where it begins, near the Tug Hill Wildlife Management Area. From there, the Tug Hill Traverse Trail heads south, ending in Osceola, near the Osceola/West Leyden Road.

“It pretty much goes through the core of the Hill,” Ms. Garrett said. “It’s to be the first long-distance trail like that on the Tug Hill that’s not motorized.”

About 5 miles of the trail have been created. Volunteers have come armed with clippers, lawn trimmers, chain saws and other gear.

“We have had to cut some trees to clear the trail, but it’s pretty narrow,” Ms. Garrett said. “It’s constructed for foot travel and to discourage motorized use. There’s a ton of places that ATVs and snowmobilers can go. This is not one of them.”

Ms. Garret said the trail was inspired by Robert McNamara of Cleveland, Oswego County, a member of THTLT’s board of directors.

“A group of my friends and I have been doing different crossings of the Tug Hill core forest for quite a few years, at least 10, taking different routes, trying to go in different directions,” Mr. McNamara said. “We’ve criss-crossed almost every possible way. When you do that, you see some fantastic country. It’s really unique too — it’s lots and lots of wetlands, strings of beaver flows and all different kinds of wetland plant communities.”

Mr. McNamara said he and a person he hikes with in the area, Zachary Wakeman, discussed the idea of creating a trail so other people could access the special landscape.

“That was the germ of the idea,” he said. “We had to pitch it to the landholders.”

Those three landholders: the state of New York, The Nature Conservancy and a forest management company.

“They were all enthusiastic about it,” Mr. McNamara said.

Other steps to initiate the trail included public hearings, easements, permits and getting it included in the department of Environmental Conservation’s unit management plan.

“The first step in actually picking a route was to go from our experience and from looking at maps, wetland maps, topo (topographic) maps and finding what looks like a feasible route,” he said.

Tug Hill Tomorrow Land Trust has been working with the state on protecting farms through the Department of Agriculture and Markets’ Farmland Protection Program. The department works to protect valuable, at-risk farmland from development pressures.

“In order to acquire a grant to protect a farm, you have to have a land trust to apply for it,” Ms. Garrett said. “We’ll continue to work with farmers to apply for grants on their behalf to protect those farms. The grants take a ton of time to put together, hundreds of hours. They’re very complicated and we don’t get reimbursement through the grants. It’s the time we put into it, because that’s what we do.”

The campaign, Ms. Garrett said, will held THTLT support the staff that puts the grants together.

“There’s also a lot of legwork that goes on figuring out what are the best farms to apply — what are the most competitive farms? Ms. Garrett said. “It’s all that evaluation in talking to farmers and figuring out if the program would even work for them.”

There are many farmers in and around Tug Hill who won’t get the chance to see the next generation take over their land, THTLT says, because young farmers find it challenging to compete with development prices, given the tight profit margins of farming. Also, many older farmers need to sell so they can retire. THTLT can help by conserving farms so the next generation can afford the land.

Other goals of the Tug Hill for Tomorrow initiative:

For example, Ms. Garrett said that someone recently donated a parcel of land in the town of Lorraine, Jefferson County, that THTLT plans to turn into a public conservation area.

“And we’re working with Ducks Unlimited,” she said. “They’re restoring about an 8-acre piece of property a little bit south of Constableville (Lewis County) on Route 26. Once they’re done with restoration, which will probably be next year, they will be turning that piece over to us.”

Ms. Garrett said THTLT is talking with another landowner in Lewis County interested in donating land to the land trust. Those two sanctuaries would join THTLT’s current one — the Joseph A. Blake Wildlife Sanctuary, Middle Road, Watertown, which was a donation from the North Country Bird Club.

n Conserving lands critical for wildlife habitat as well as our health and community water supplies.