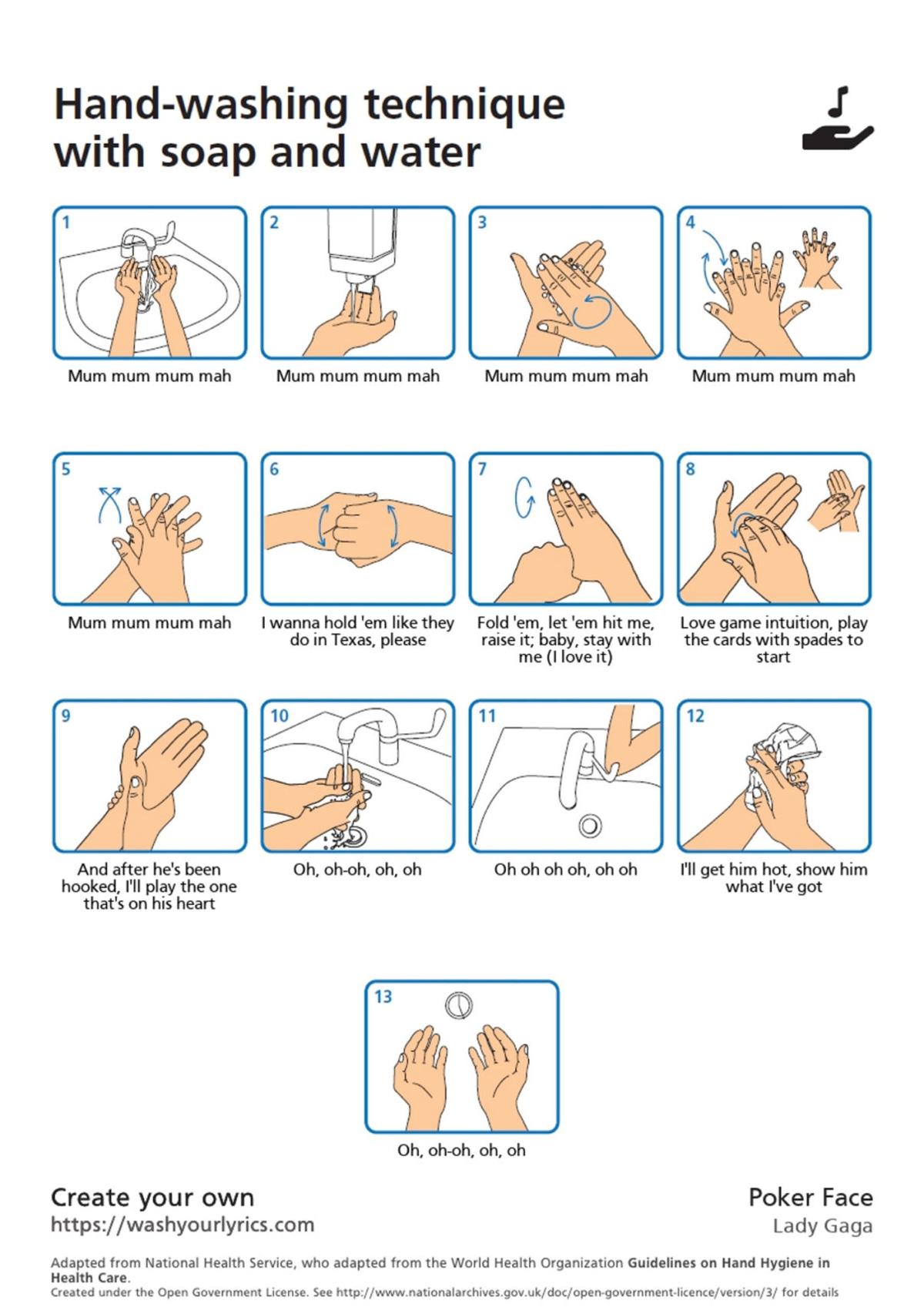 Pass on “Happy Birthday” and sing a song you actually like with a free downloadable poster from washyourlyrics.com. Pexels 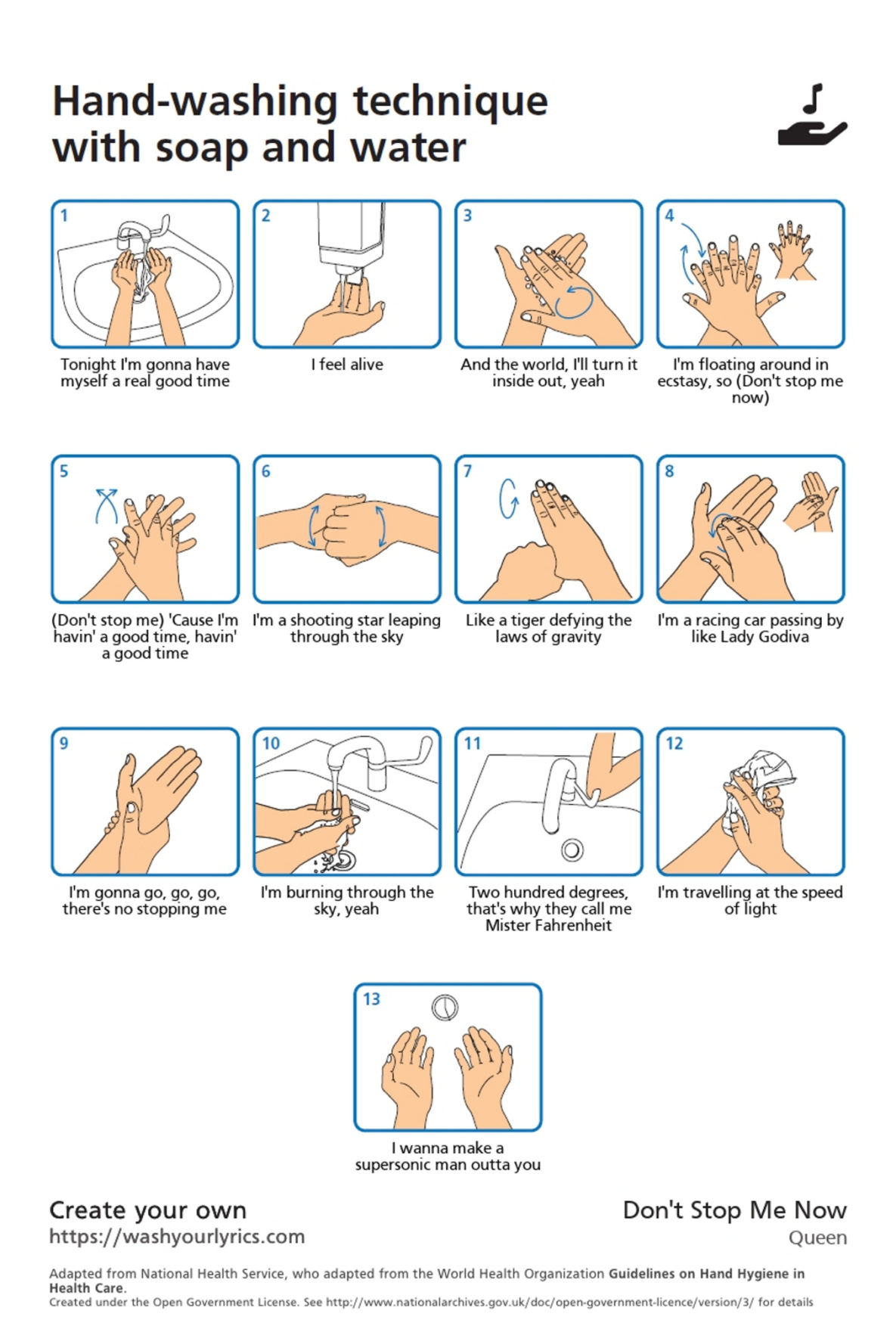 Pass on “Happy Birthday” and sing a song you actually like with a free downloadable poster from washyourlyrics.com. Pexels

Freeze! Everybody wash your hands.

If you’re trying to prevent the spread of coronavirus, you can now sing DJ Casper’s “Cha-Cha Slide” — or any tune you prefer — while scrubbing your hands thanks to a popular new website called “Wash Your Lyrics.”

The site, which generates a how-to hand-washing poster tailored to song lyrics of the user’s choosing, has also spurred a viral meme on social media, inspiring people to brainstorm tracks with the best 20-second excerpts for hand-wash karaoke.

Based on a real diagram released by the United Kingdom’s National Health Service, the generator replaces proper hand-washing instructions with lyrics for each stage of the recommended 20-second hand-washing cycle.

“I have tried a few tunes, having got bored of happy birthday,” wrote another. “(Queen’s) Bohemian Rhapsody is always a winner.”

Developer and designer William Gibson, the mastermind behind the generator, promoted his hygienic handiwork Sunday on Twitter, writing, “I made a little site in 24h that generates hand washing instructions accompanied by lyrics from a song of your choice instantly — check it out!”

Suffice it to say that “little site” has really taken off, even drawing attention from artists such as Miley Cyrus, Blink-182 and Troye Sivan, who took the opportunity to promote public health — and their own music — at the same time.

“Wash your damn hands,” Cyrus tweeted on Tuesday, along with a photo of a poster featuring lyrics from her 2009 hit, “The Climb.”

Gibson, 17, has remained active on Twitter since the site launched, keeping followers informed about debugging efforts and retweeting celebrity editions as they come in. He’s even charted and shared which tracks have been used the most, with “Bohemian Rhapsody” by Queen, “Never Gonna Give You Up” by Rick Astley, “All Star” by Smash Mouth and “Africa” by Toto leading the charge.

“Thanks to everyone who has used the site so far!” he wrote on Monday. “Also sorry for the downtime, didn’t expect the traffic the site received.”