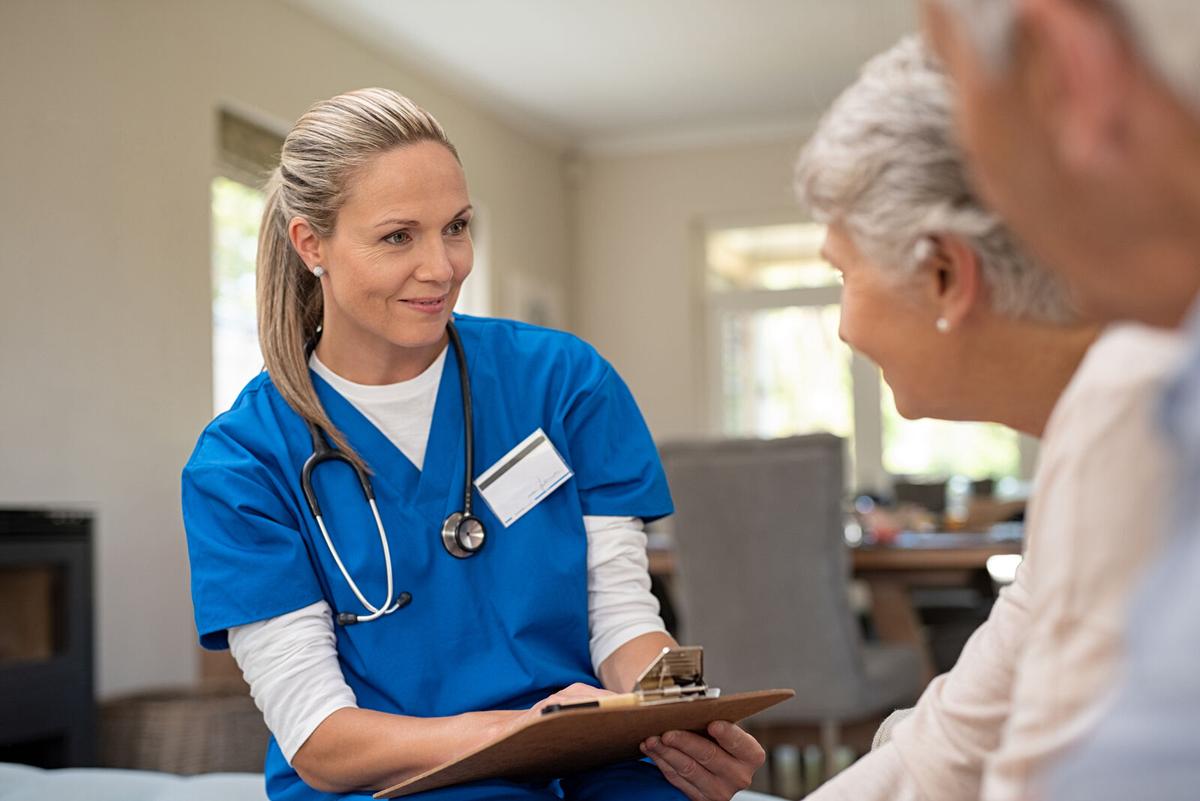 Hospital-level care at home is poised to grow after more than a decade as a niche offering. Dreamstime/TNS 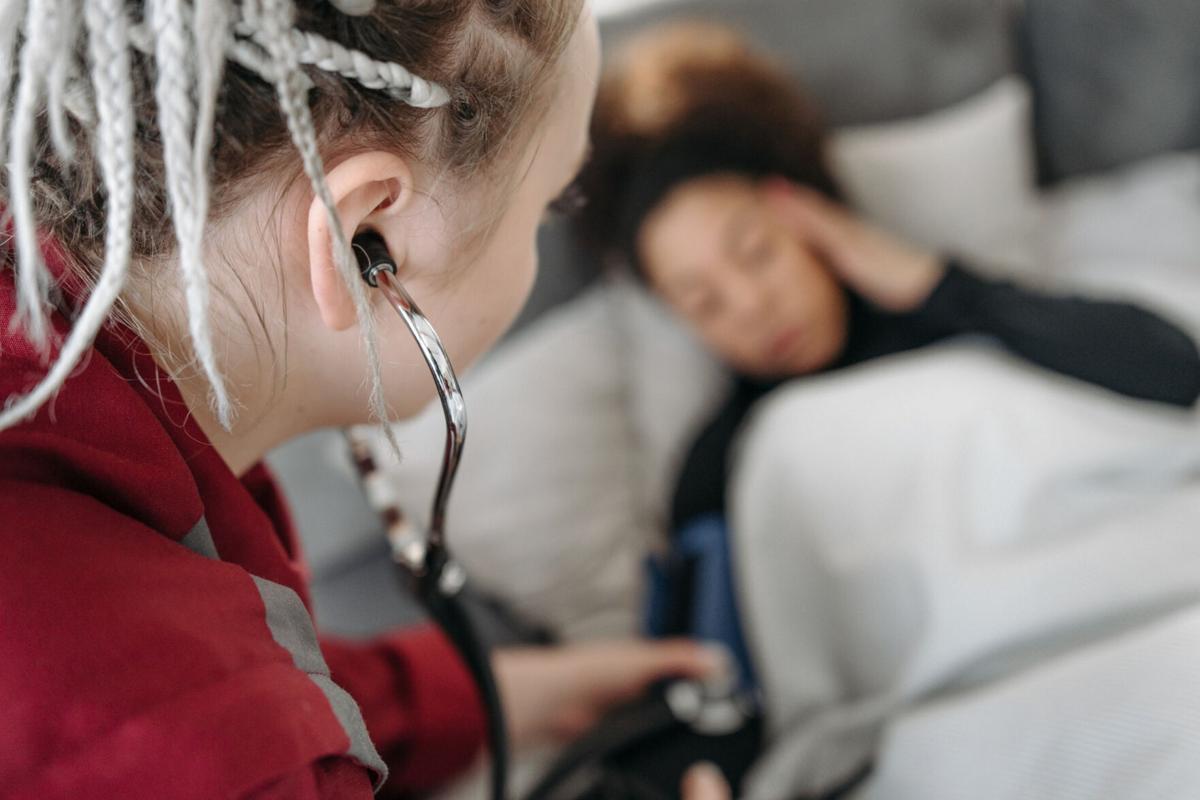 Hospital-level care at home is poised to grow after more than a decade as a niche offering. Dreamstime/TNS

Hospital-level care at home — some of it provided over the internet — is poised to grow after more than a decade as a niche offering, boosted both by hospitals eager to ease overcrowding during the pandemic and growing interest by insurers who want to slow health care spending. But a host of challenges remain, from deciding how much to pay for such services to which kinds of patients can safely benefit.

Under the model, patients with certain medical conditions, such as pneumonia or heart failure — even moderate covid — are offered high-acuity care in their homes, with 24/7 remote monitoring and daily visits by medical providers.

In the latest sign that the idea is catching on, two big players — Kaiser Permanente and the Mayo Clinic — announced plans this month to collectively invest $100 million into Medically Home, a Boston-based company that provides such services to scale up and expand their programs. The two organizations estimate that 30% of patients currently admitted to hospitals nationally have conditions eligible for in-home care. (KHN is not affiliated with Kaiser Permanente.)

But hospitals have other financial considerations that are also part of the calculation. Systems that have built sparkling new in-patient facilities in the past decade, floating bonds and taking out loans to finance them, need patients filling costly inpatient beds to repay lenders and recoup investments.

And “hospitals that have surplus capacity, whether because they have newly built beds or shrinking populations or are losing business to competitors, are not going to be eager about this,” said Dr. Jeff Levin-Scherz, co-leader of the North American Health Management practice at consultancy Willis Towers Watson.

Medicare gave the idea a boost in November when it agreed to pay for such care, to help keep non-COVID patients out of the hospital during the pandemic. Since then, more than 100 hospitals have been approved by Medicare to participate, although not all are in place yet.

Tasting opportunity, Amazon and a coalition of industry groups in March announced plans to lobby for changes in federal and state rules to allow broader access to a wide range of in-home medical services.

“We’re seeing tremendous momentum,” said Dr. Bruce Leff, a Johns Hopkins Medical School geriatrician who has studied and advocated for the hospital-at-home approach since he helped establish one of the nation’s first programs in the mid-1990s.

Leff and other proponents say various studies show in-home care is just as safe and may produce better outcomes than being in the hospital, and it saves money by limiting the need to expand hospitals, reducing hospital readmissions and helping patients avoid nursing home stays. Some estimates put the projected savings at 30% over traditional hospital care. But ongoing programs are a long way from making a dent in the nation’s $1.2 trillion hospital tab.

While the goal is to shift 10% or more of hospital patients to home settings, existing programs handle far fewer cases, sometimes serving only a handful of patients.

“In a lot of ways, this remains aspirational; this is the early innings,” said Dean Ungar, who follows the insurance and hospital industries as a vice president and senior credit officer at Moody’s Investors Service. Still, he predicted that “hospitals will increasingly be reserved for acute care (such as surgeries and ICUs).”

Challenges to scaling up include maintaining the current good safety profile in the face of rapid growth and finding enough medical staff — especially nurses, paramedics and technicians — who travel to patients’ homes.

The attraction for insurers is clear: If they can pay for care in a lower-cost setting than the hospital, with good outcomes, they save money.

For hospitals, “the financials of it are, frankly, a little tough,” said Levin-Scherz.

Those most attracted to hospital-at-home programs run at or near capacity and want to free up beds.

Even so, Gerard Anderson, a health policy professor at Johns Hopkins University Bloomberg School of Public Health, said hospitals likely see the potential, long term, for “huge profit margins” through “saving a lot of capital and personnel expense by having the work done at home.”

“It’s realistic in middle- and upper-middle-class households,” Anderson said. “My concern is in impoverished areas. They may not have the infrastructure to handle it.”

Suburban and rural areas — and even some lower-income urban areas — can have spotty or nonexistent internet access. How will that affect the ability of those areas to participate, to communicate with physicians and other hospital staff members miles away? Proponents outline solutions, from providing patients with “hot spot” devices that provide internet service, along with backup power and instant communication via walkie-talkie-type handsets and computer tablets.

Social factors play a big part, too. Those who live alone may find it harder to qualify if they need a lot of help, while those in crowded households may not have enough room or privacy.

Another possible wrinkle: Not all patients have the necessary human support, such as someone to help an ill patient with the bathroom, meals or even answering the door.

That’s why both patients and their caregivers should get a detailed explanation of the day-to-day responsibilities before agreeing to participate, said Alexandra Drane, CEO of Archangels, a for-profit group that works with employers and provides resources for unpaid caregivers.

“I love the concept for a resourced household where someone can take this job on,” said Drane. “But there’s a lot of situations where that’s not possible. What If I have a full-time job and two children, when am I supposed to do this?”

The programs all say they aim to reduce the burden on families. Some provide aides to help with bathing or other home care issues and provide food. None expects family members to perform medical procedures. The programs supply monitoring and communication equipment and a hospital bed, if needed.

“We see the patient in their home setting,” said Morre Dean, president of Adventist Health’s hospital at home program, which serves a broad area of California and part of Oregon. “What is in their refrigerator? What is their living situation? Can we impact that? We aren’t reliant on the family to deliver care.”

Patients are typically visited in their homes daily by various health workers. Physicians make home visits in some programs, but most employ doctors to oversee care from remote “command centers,” talking with patients via various electronic gadgets.

All of that was delivered to James Clifford’s home in Bakersfield, Calif., after he opted to participate in the Adventist program so he could leave the hospital and finish treatment for an infection at home. It required coordination — his wife had to be at their house for the set-up team even as she was scheduled to pick him up — but “once it was set up, it worked well.”

“From a societal perspective, it’s great if these programs replace expensive inpatient care,” said Levin-Scherz at Towers. But, he said, it would be a negative if the programs sought to grow by admitting patients who otherwise would not have gone into the hospital at all and could have been treated with lower-cost outpatient services.